NCAI staff members maroon red shirts with one of those words each in a style mimicking the National Football League’s Washington team on Oct. 12, during the NCAI Convention.

The shirts instantly capture one’s attention because they are done in the same font and color scheme as the team’s actual logo. On first glance it looks like a team shirt, but after a double-take passersby realize it’s not in support of, but in opposition to the team name.

“We did that purposely to have the same colors as the football team,” said NCAI Deputy Director Robert Holden, “to have them rethink what [they’re] doing, to replace that logo, to rename that name.”

The message is clear: NCAI does not take the team’s name or logo lightly and is serious about changing it.

In 2013 the NCAI published a treatise entitled, Ending the Legacy of Racism in Sports & the Era of Harmful “Indian” Sports Mascots. The publication covers the nature of racism in sports from children’s leagues to the professional level.

NCAI says professional sports teams with disparaging names and iconography such as the “Washington Redsk*ns…profit from harmful stereotypes [which] originated during a time when white superiority and segregation were common place.”

The report continues, “Each of these professional sports businesses attempt to establish a story of honoring Native peoples through the names or mascots; however, each one … diminishes the place, status, and humanity of contemporary Native citizens.”

NCAI has passed resolutions aimed at not only bringing awareness to the insensitive and ignorant nature of mascots misrepresenting Native Americans, but also at making effective change in sports arenas to combat the perpetuation of those stereotypes.

Holden said the NCAI was instrumental in changing team mascots and names in the National Collegiate Athletic Association. The organization also works with federal and local legislatures to bring attention to the issue.

News of the movement has quieted down, but Holden said, “I wouldn’t say that it’s died, it just gets overshadowed by some of the other issues.”

He said elementary and secondary school districts across the country have been reckoning with the mascot issue.

“It’s still out there, and there are some parents within these school systems that understand it and they get it in terms of disparaging Native culture, but also the impact it has on those Native children in that school system where a lot of this takes place.”

He said, “Within those local school boards there have been dozens of changes that you don’t read about. We hear about them because they call us and ask us for more information.” 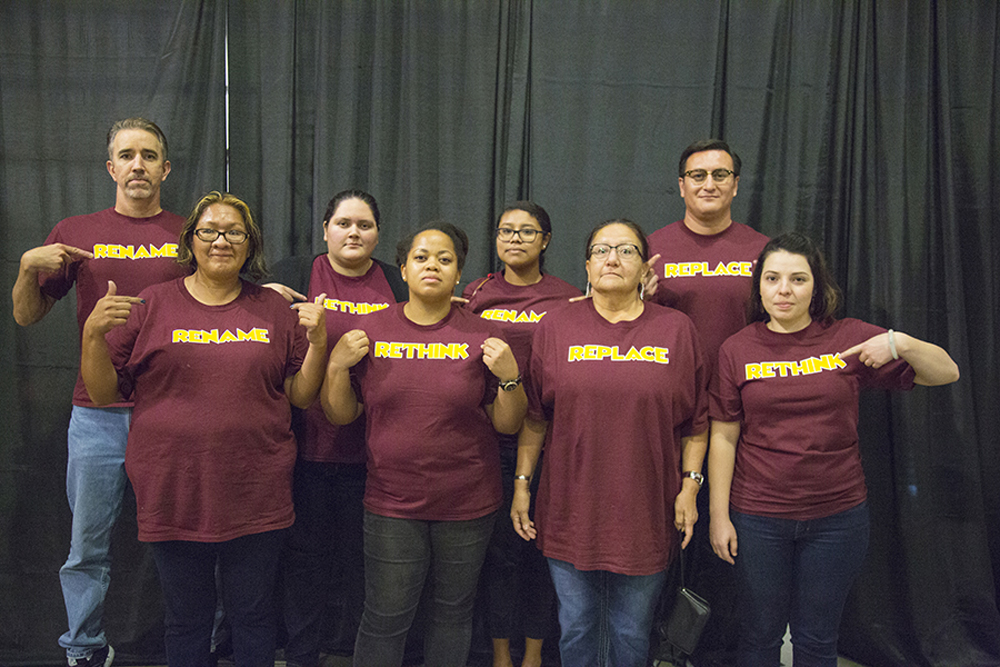