Ever since he was diagnosed with a kidney disease at the young age of 13, Jairus Pierce knew he had to live life a little differently than most in order to keep his condition from getting worse.

Last year, even after spending decades avoiding salt, processed foods, proteins and focusing on a diet full of vegetables and fruits, Pierce learned that his kidneys were only functioning at 20 percent, meaning weekly dialysis treatments and the need for a kidney transplant.

The 44-year-old Shift Commander spent the past 14 months on the kidney transplant list and now, after hearing he will be receiving a transplant on Sept. 6, is finally looking towards the future with a smile and a bit more optimism.

Pierce’s journey to this moment began when he was 13-years-old, on a family trip to Lake Tahoe. It was during this vacation that he first learned of his kidney disease.

“I became very ill, flu-like symptoms,” said Pierce. “I started to urinate blood, essentially very dark urine. They took me to a doctor [who] had a suspicion that I had IgA Nephropathy and sent me to a specialist, at which time it was confirmed,” he said.

IgA Nephropathy, also known as Berger’s disease, is a type of kidney disease caused when an antibody, called immunoglobulin A (IgA), becomes lodged in the kidneys, resulting in inflammation or scarring that can hinder the organ’s ability to filter waste from the bloodstream.

Pierce said that he didn’t pay too much attention to his condition when he was a child, but as he grew older, he began to focus more on his diet.

“Maybe around 25 to 30 years of age is when I actually started paying attention to my health,” said Pierce. “I started noticing my blood pressure was a little bit elevated and started to try to eat better.”

Since that time, he began avoiding protein, salt, processed foods and phosphates. But even with all his effort to eat healthy, his kidneys continued to deteriorate.

Fourteen months ago Pierce’s doctor told him that his kidneys weren’t functioning well and that he needed a kidney transplant.

“I’ve got to admit, that was pretty devastating,” said Pierce. “My entire life had kind of built up to this moment in time, so I was a little bit prepared for it.”

As GRFD’s Shift Commander and having worked in the department for the past 19 years, Pierce is no stranger to dangerous situations. However, while helping others may come naturally to him, putting his name on the transplant list and asking for help was a more difficult task.

“I’ve always tried to give,” said Pierce. “And for me to ask for help was incredibly difficult to do. I am always there for someone when it is their worst day. It’s my job as a fireman to make them have a better day. So, for me to have to ask for that help was very difficult.”

Even though the news was devastating, Pierce was humbled by the large amount of support from his family and colleagues, a few of whom even offered to donate their own kidneys.

“It was certainly overwhelming,” Pierce said. “The outpouring of support that I received, the offers of kidney donations, [it was] very humbling,” he said. “To think, who am I to deserve this?”

Learning that he needed a new kidney was just one issue amid a plethora of problems. While waiting for a kidney, he also endured weekly dialysis treatments because his own kidneys could no longer clean his blood.

Three days a week, Pierce would sit next to a dialysis machine as it cleaned excess water and waste from his blood. While the artificial kidney hummed and beeped, he would sit, confined to a chair for over three hours.

“You are [confined] to a to a chair, you can’t…move around, you have to…be still as they’re cleaning your blood,” he said. “You’re hoping nothing goes wrong with the machine and you’re hoping that everything goes well with that particular dialysis treatment.”

“Just the sensation you get, feeling drained…having them pull your blood out, cleaning it and putting it back in. It literally sucks the life out of you. There is no other way to say that. You feel like you have just had your life pulled out of you, and some days, it is extremely difficult.”

Not long after, while Pierce was on duty, checking off a piece of equipment at Lone Butte Casino, he received a phone call that would change his life.

“I received a phone call from Mayo Clinic,” said Pierce. “The nurse identified herself from the donor team and I immediately broke down into tears. It was a very overwhelming experience,” he said.

“It was just an absolute…humbling experience to find out that the donor is anonymous. I’ve never met that person before in my life,” said Pierce. “I have no idea who it is. Who does that for someone else? That takes a very special person,” he said.

Pierce will soon undergo surgery to receive a kidney transplant, and while his story may have a happy ending, there are still others out there; men, women, and children who are still waiting, living day-to-day wondering if they too will be fortunate enough to receive the ultimate gift, the gift of life.

To learn more about Jairus Pierce and stay up to date with his story, find his Facebook page by searching for “Jairus needs a kidney.”

To learn more about organ donation or to become an organ donor visit the Donor Network of Arizona at dnaz.org. 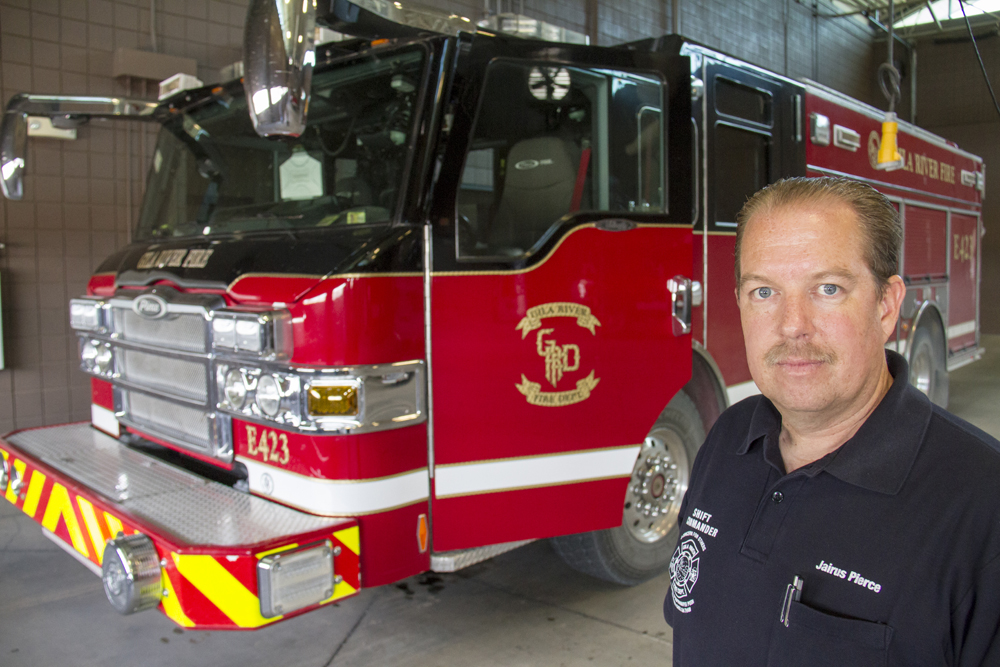