At a meeting held at the District 1 Multipurpose building on Aug 24, tribal leadership provided an overview of the Fiscal Year 2017 budget before an assembly of tribal members.

A second outreach meeting was held at the District 6 Learning Center, for tribal members living on the West End.

“[We] are looking at two budgets this evening, the operating budget and the capitol projects budget,” said Gov. Lewis.

The capital projects budget is a separate portion of the overall funds used towards public projects that pertain to the districts, like district service centers, or toward tribal government projects.

The operating budget ensures there are adequate monies for programs that are vital to the health, safety and well-being of tribal members.

Gov. Lewis said with the coming fiscal year, it would allow the Community to establish a Family Advocacy Center (FAC).

The FAC will be located at the old youth home in Sacton, which has been undergoing renovations. It will serve as place for children to go that have been sexually, physically and mentally abused.

“We are going to have staff working together that will be on call 24/7, because [we] know things don’t happen between 8 to 5,” said Gov. Lewis.

The FAC will implement a team approach consisting of a diverse range of professionals from the legal field to social workers.

He said it is an initiative that works to prevent children from falling through the cracks in the system by placing more accountability on the entities that will care for their well-being.

“For my administration, along with Lt. Gov. [Antone]…we want to continue working for the protection of [our] children and to improve our Tribal Social Services,” said Gov. Lewis.

Another item on the list of FY17 improvements is to the Community’s Management Information Systems.

“We have a computer system that is in need of upgrades that will be getting much needed improvements to infrastructure,” said Gov. Lewis.

The plan is to create a more robust data center that will house the Community’s servers and will include a backup system that will be located at Gila River Telecommunications, Inc., should the primary system go down.

Equally important is the Community’s future stream of revenue and where it will come from.

Gov. Lewis said his office has been tasked with the creation of an economic development plan to diversify the Community’s business portfolio.

Other key issues discussed at the budget meeting were the importance of maintaining the tribe’s water infrastructure and agricultural resources that could be used to benefit GRIC.

GRIC Treasurer, Robert Keller, said the establishment of the Permanent Water Fund allows the Community to maintain its canal infrastructure through water leases and credits.

He said that the Community has already seen its first payment from the recent leasing of water credits to the City of Chandler which will go into the PWF.

Lt. Gov. Antone said, “We met [with] each department and entities outside of the Community that we fund.”

She said the budget is also inclusive of GRIC veterans groups and the Urban Members Association that receives a share of financial assistance from the Community.

The new budget also shows how the Community saving money by utilizing the Facilities Maintenance Department to do a majority of the reconstruction at the FAC.

Antone said that the work being done on the FAC is for a greater purpose because it will offer a place for children to live in safety and for them to be close to home.

She added that housing is still kept at a high priority and that some of the expenditures in previous years were used to build infrastructure like water lines, which are sometimes non-existent in some areas of in need or replacement due to age.

To cap off the highlights of the FY17 budget was the creation of the Gila River Veterans and Family Services program, is expected to become operational in early 2017. 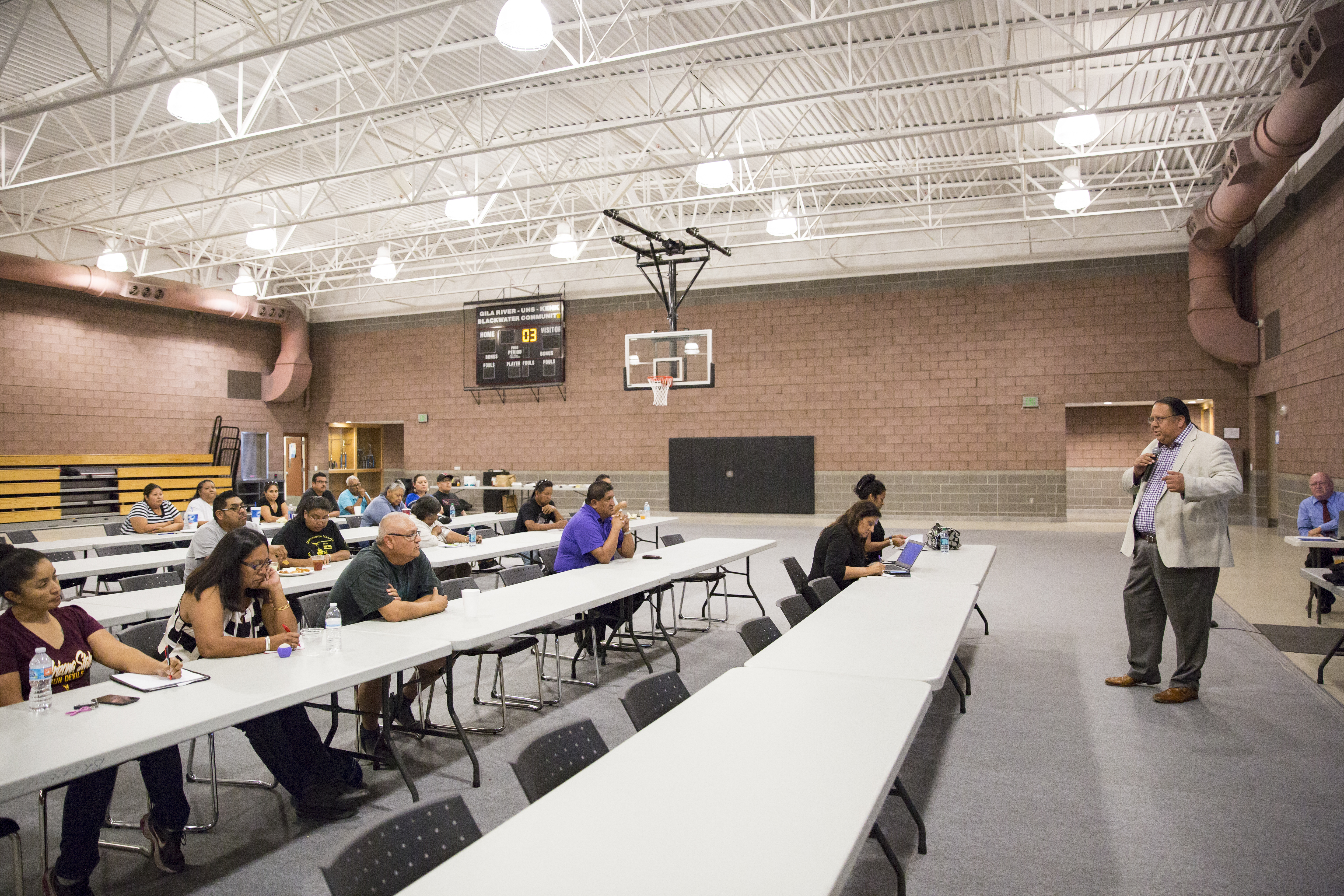 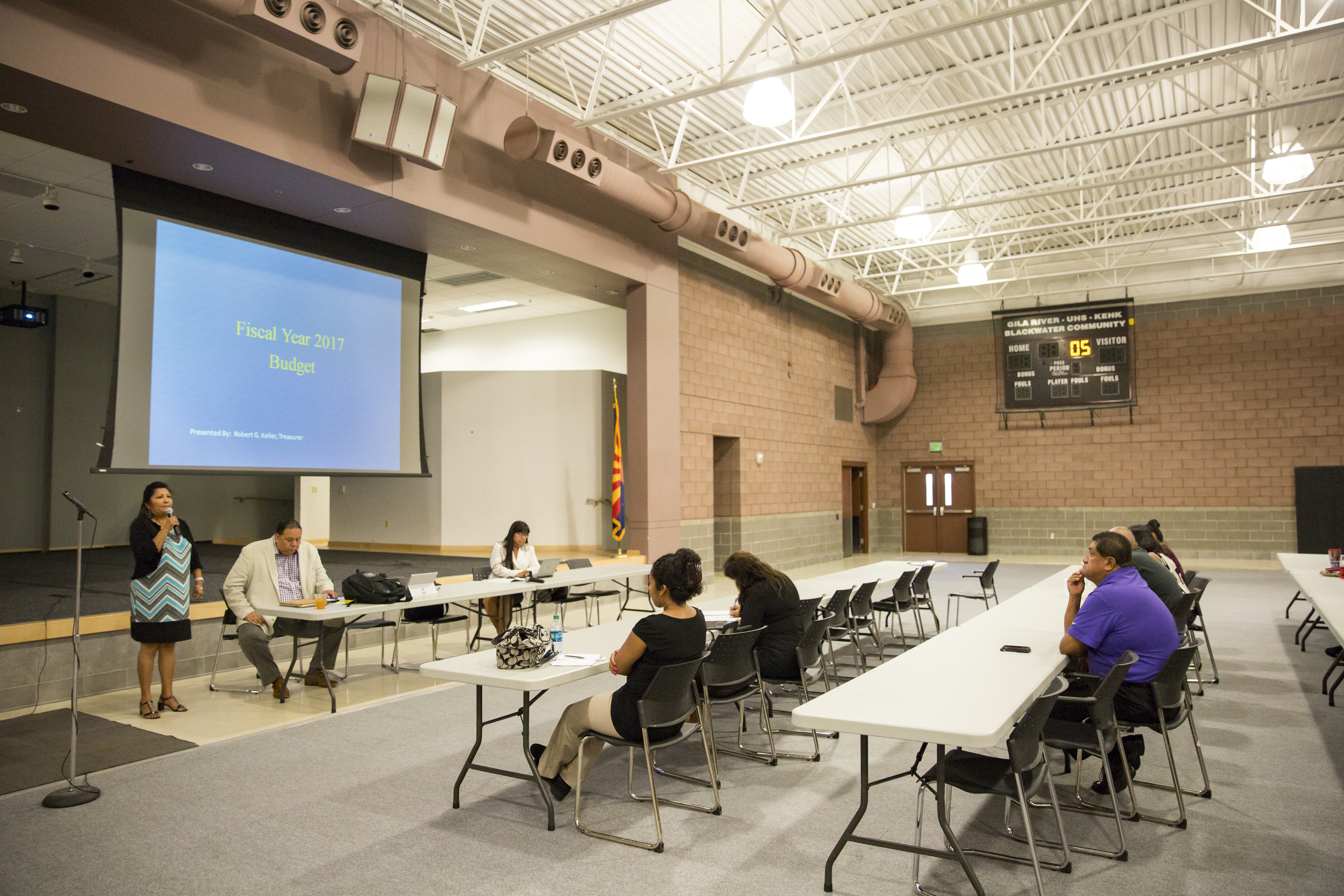