Arizona State University along with the U.S. Department of Energy hosted a conference centered on water policy in the Southwest.

The Regional Water-Energy Nexus Meeting hosted by the ASU Knowledge Enterprise Development and the DOE, was held at the ASU Old Main building on Sept. 8.

The meeting brought together representatives from various state and federal agencies, Native American communities, as well as from the academic field.

The discussion was on how to develop policies that determine how water and energy can be used to benefit local stakeholders.

The water-energy nexus is concept that originated from the DOE and focuses on the technical and operational challenges at local, regional and national scales that includes tribal communities.

The concept examines the interdependencies that exist between water and energy systems that generate electricity for a variety of uses.

The Assistant Vice President of Tribal Relations Office of University Affairs Jacob Moore, who is an enrolled member of the Tohono O'odham Nation, stated the importance of tribes in the region is indicative of the Akimel O’otham people that reside in the area that goes back to the time of the Huhugam, their ancestral relatives.

“The Tempe campus sits on the ancestral homeland of those American Indian tribes that have inhabited this place for centuries,” said Moore.

Moore said it was important to think about the Huhugam that lived in the same valley for centuries who thrived off of the Salt and Gila Rivers.

“It is important part to learn the context in terms of tribal perspectives around water and why [we] have [this] conversation around innovation in water energy nexus,” said Moore.

Director of the DOE Office of Indian Energy Policy and Program Christopher Deschene moderated the panel and expressed his agencies vision to work with tribes on important issues as it relates to energy.

Deschene said the goals are to maximize the development of energy solutions for the benefit of American Indian tribes and Alaskan Native Villages and that it is the premier federal office in providing tribal communities the knowledge and skill.

Gila River Indian Community Gov. Stephen Roe Lewis was invited to speak on a panel to discuss water-energy from a tribal perspective.

Each panelist provided an overview on their tribes use of natural resources and the development of policies that promote tribal sovereignty.

He said the water settlement demonstrates the complex relationship between the federal government and tribes and how existing views on policies often conflict around natural resources such as water.

The Community is the largest customer of Central Arizona Project water, which gave them access to 311,800 acre-feet of water.

He said with the water, came the costs of delivering it to the Community and the early challenges associated with the Navajo Generating Station located near the City of Page in Northern Ariz., which produces the energy needed to bring the water to GRIC.

In 2010 the Environmental Protection Agency placed stricter requirements on the NGS plant to install carbon controls that would raise the costs of CAP water.

Gov. Lewis said that situation provided an example of how the Community, along with a number of stakeholders is able to work with the EPA to develop an alternate option that would CAP water affordable.

The Community has offset the costs through the development of the water plan to fully utilize the tribe’s water settlement.

“The important takeaway of our experience is that the long-term costs of energy is very important to tribal water settlements and is a major component that cannot be overlooked.”

He said the federal trust responsibility to tribal communities entails be more involved in the development of energy policies that include input from Native people.

[Editor's Note: A previous version and the print edition of this article incorrectly identified Jacob Moore as an enrolled member of the Salt River Pima-Maricopa Indian Community.] 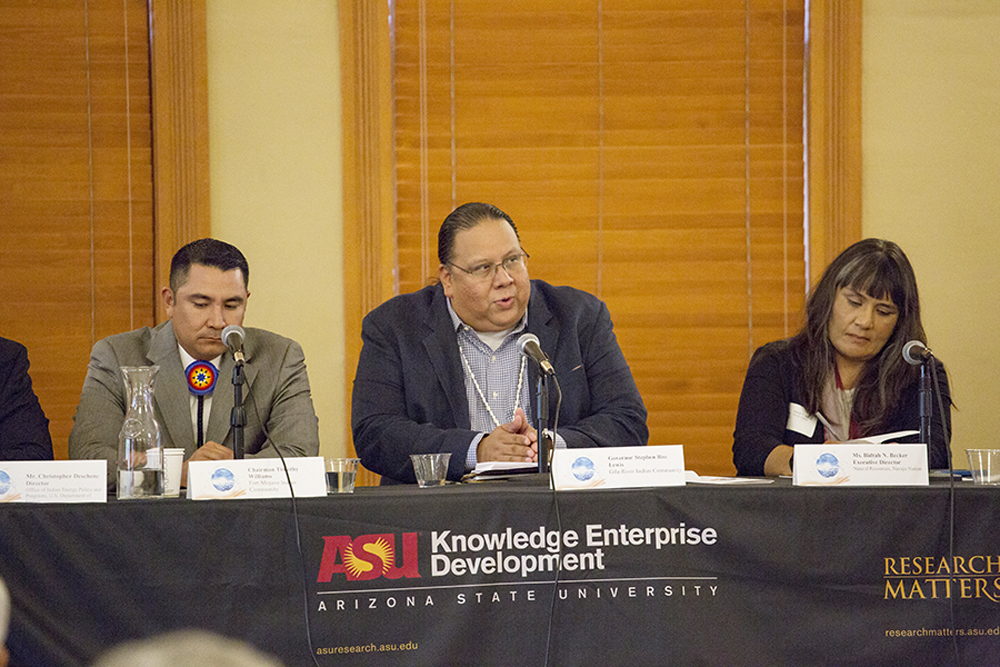 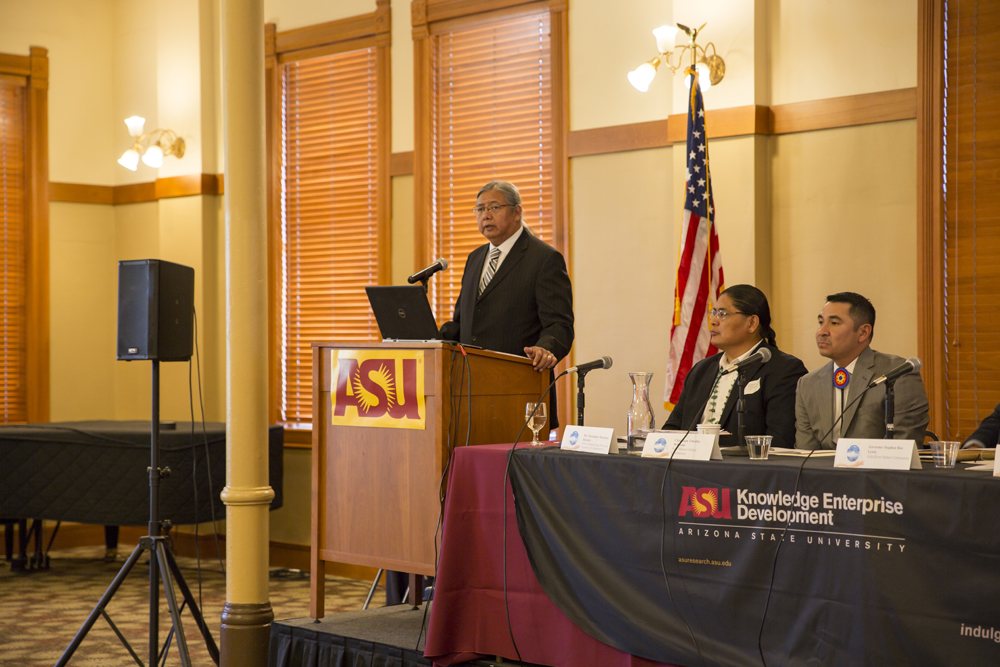 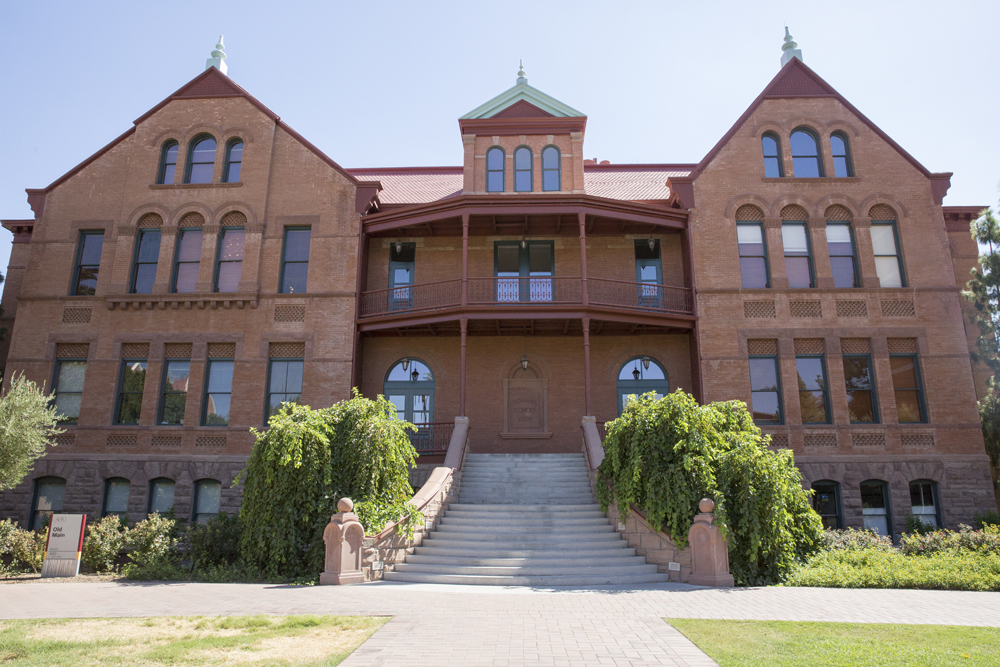