They are meant to aid protesters who have been camped out along an oil pipeline’s construction route for months, and who plan to remain there into the winter, or as long as it takes to stop the construction of the pipeline altogether.

The Standing Rock Sioux Tribe is in a contentious legal battle to stop the construction of the Dakota Access Pipeline, a crude oil-carrying pipeline, which would span 1,170 miles from North Dakota, through South Dakota and Iowa, and into Illinois.

The Standing Rock Sioux Tribe also fears that in the case of an oil leak, the pipeline would cause irreparable harm to its land and cultural sites, and contaminate its water supply.

Members of the Standing Rock Sioux Tribe have been protesting the pipeline construction for months by physically blocking its path with non-violent demonstrations. They prefer to be called “protectors” or “water protectors” instead of protesters.

The pipeline has been under construction for some time, and the Standing Rock Sioux claim the company building the pipeline, Dakota Access, LLP, has already razed earth on sacred ground and disrupted ancient burial sites. The tribe claims contractors threaten to destroy more sensitive areas if allowed to proceed with the construction of the pipeline.

People from Native nations around the country have rallied behind the Standing Rock Sioux Tribe’s cause to stop the pipeline.

The hashtag #NoDAPL is trending across social media platforms and stirring conversation on the issue.

Support for the Standing Rock Sioux has grown rapidly throughout Indian Country. According to some reports, more than 250 of the 556 federally recognized tribal communities in the United States have expressed support for the tribe’s opposition to the pipeline. Count the Gila River Indian Community among them.

In the letter, Gov. Lewis said, “I write to let you know that the Gila River Indian Community supports your efforts to protect your water resources and ancestral lands from encroachment and damage.”

After reading about the situation in Standing Rock and seeing it on social media, Jake Antone, District 3 Community member, said, “I just felt like something needed to be done.”

Motivated to go beyond social media posts and “hashtag activism,” Antone contacted friends and relatives to start a donation drive to support the people camped out along the pipeline construction route.

The donation drive lasted a week, but soon after it began, the team of organizers decided to hold a rally to bring in a lot of donations at once, fill a U-Haul truck, and drive the donations up to the people of Standing Rock.

“We were just overwhelmed. It warmed your heart,” said Alie Walking Badger, one of the rallies key organizers. She said it was uplifting to see the generosity of the people of the Community. “We had so many donations we had to get a bigger truck, and then a second one.”

Initially, the team rented only one U-Haul truck to transport the supplies, but they had enough donations to fill that one, plus another, larger U-Haul truck, plus a pickup truck.

“We [received] camping gear, somebody donated tobacco products, [people] donated cookware, warm clothes, jackets,” said Walking Badger. “Then we had speakers that came out. Councilman Robert Stone did a blessing and some traditional songs.” Gov. Lewis and Lt. Gov. Monica Antone also visited the park and contributed some personal donations.

“All I had was an idea,” said Antone, “but in order for that to get carried out, I’ve been blessed to be surrounded by some amazing people that have helped” make the vision a reality.

The Rhodes family, owners of the Akimel Smoke Shop on Riggs Road, donated money to rent the U-Haul truck.

The GRIC Executive Office bought several boxes of T-shirts to give out to those who support Standing Rock, and several other individuals helped organize and run the donation drive and rally.

Walking Badger said most importantly, though, “It was really empowering to know what our people can do when we come together.”

A crew of four GRIC men – Antone, Kenyon Thompson, Patrick Rhodes, and Jonathan White, Jr. – drove the three trucks from Arizona to North Dakota, where they met people from Standing Rock and dropped off the load of donations.

When they arrived, they met with Will Black Cloud, who is O’otham and Lakota. Black Cloud grew up moving between Phoenix and the Standing Rock reservation, but now lives and works in Standing Rock on the South Dakota side.

“I’ve always been taught the importance of this earth, and it’s always in crisis,” he said, but “it’s amazing how our people have come together, many nations from all directions. [It] brought a little extra sense of pride when I heard the brothers from Gila River were on their way.”

He said, “The donations are very much appreciated and were distributed amongst campers. … On behalf of the Standing Rock Lakota and many other relatives, thank you Gila River Indian Community.”

The Dakota Access Pipeline is a product of the Dallas-based company Energy Transfer Partners. (Builder Dakota Access, LLP is a subsidiary of ETP.) ETP claims the pipeline will be safe, provide jobs, and increase U.S. energy independence.

Most of the land the pipeline is slated to occupy is privately owned land from northern North Dakota to Illinois.

At one point, just north of the Standing Rock reservation (which lies across the North Dakota/South Dakota border), the pipeline is set to cross under Lake Oahe, a dammed section of the Missouri River. That land is under the jurisdiction of the Army Corps of Engineers, who granted the pipeline company access to build.

The Standing Rock Sioux Tribe contests that the Army Corps of Engineers did not comply with a number of necessary federal regulations when it granted build permits.

The tribe filed a complaint in federal court Sept. 4 alleging the Army Corps of Engineers “flouted its duty to engage in tribal consultations under the National Historic Preservation Act (NHPA),” according to a judge’s later ruling.

On Sept. 9 a federal judge ruled against the tribe, saying the Army Corps of Engineers “likely complied with the NHPA and that the Tribe has not shown it will suffer injury that would be prevented by any injunction the Court could issue.” The loss was a blow to the tribe, but with in minutes, federal agencies offered a glimmer of hope.

The agencies said due to “important issues raised by the Standing Rock Sioux Tribe...regarding the Dakota Access pipeline specifically, and pipeline-related decision-making generally,” they will reconsider their decision on the Dakota Access Pipeline after taking another look at the National Environmental Policy Act (NEPA) and other relevant federal laws. “Therefore, construction of the pipeline on Army Corps land bordering or under Lake Oahe will not go forward at this time. … In the interim, we request that the pipeline company voluntarily pause all construction activity within 20 miles east or west of Lake Oahe.”

“Furthermore, this case has highlighted the need for a serious discussion on whether there should be nationwide reform with respect to considering tribes’ views on these types of infrastructure projects,” in the future, the agencies said in the statement.

The Standing Rock Sioux Tribe and others hailed this decision from the federal agencies as a major victory and a step forward in federal-tribal relations when it comes to policy and decision-making.

“Our hearts are full, this an historic day for the Standing Rock Sioux Tribe and for tribes across the nation,” said Dave Archambault II. “But I know that our work is not done. We need to permanently protect our sacred sites and our water.”

Questions remain as to the fate of the Dakota Access Pipeline. The agencies plan to meet with tribal interests later this fall and more news on the DAPL is expected soon. 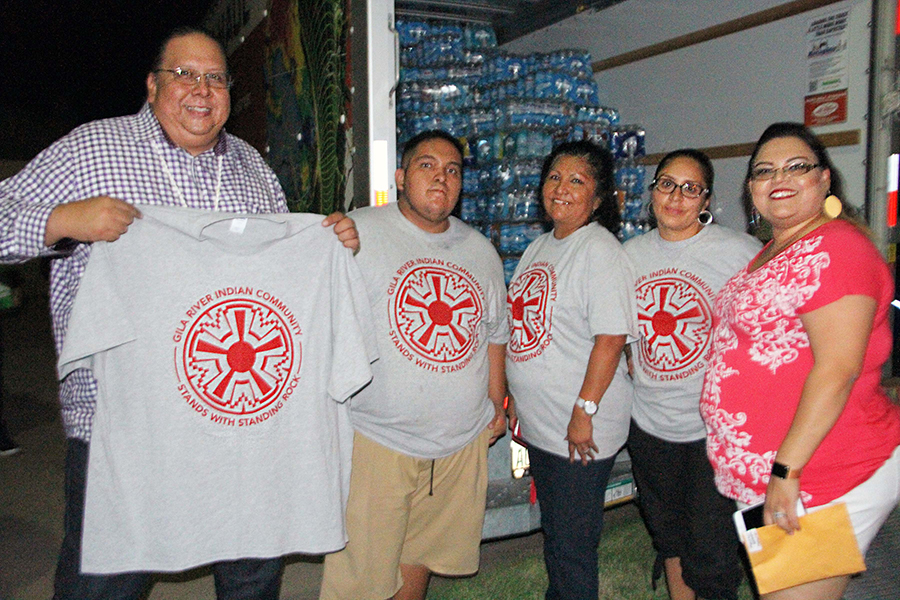 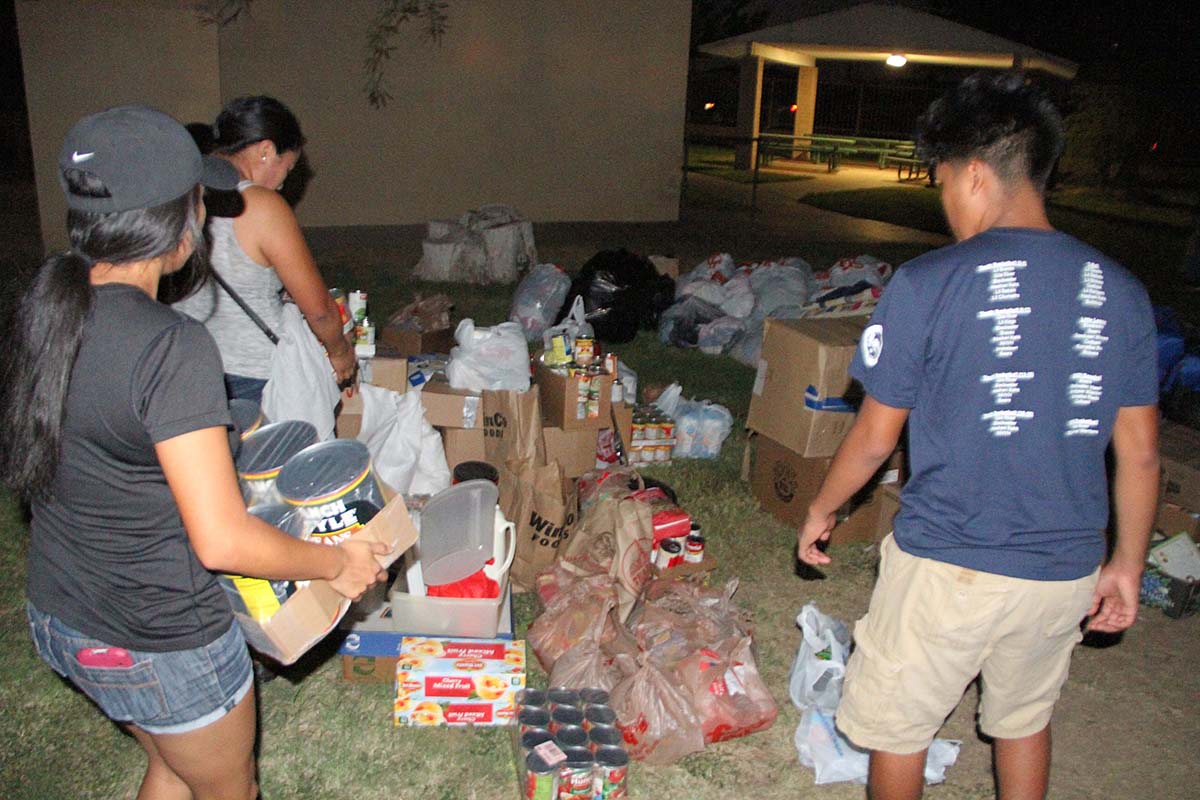