GRIN Articles > GRPD project reaches to groups in the Community

GRPD project reaches to groups in the Community

One of the key components for conducting police work is learning about the citizens officers are sworn to protect.

The Gila River Police Department is reaching out to local organizations that make up the social fabric of the Community to hear their questions and concerns.

“We started [this] project almost a year ago. First [we] reached out specifically to the lesbian, gay, bisexual and transgender group of the Community,” said GRPD Public Information Officer Caroline Brown.

The goal is to start an open police forum with the faith-based, youth and LGBT groups in regards to public safety.

Brown said in addition to speaking with the LGBT community and the Akimel O’odham/Pee-Posh Youth Council, they would like to meet with other groups to build their list of contacts.

“We contacted the youth council because [we] think they are held to a higher regard,” said Brown.

She said that the youth council could be of value when discussing issues that surround today’s youth of the Community.

The GRPD anticipates that with more awareness about the forums, more groups are able to open the door to discussions.

The idea is to strengthen the ties with the Community because the GRPD understands that some groups might not fully understand what they want to accomplish.

Programs like the Citizens Police Academy have been steadily attracting Community members and that is just the beginning of what GRPD is doing to open the line of communication with the public.

Brown said, “Just like the Citizens Police Academy, it started out real slow and then it got real big to where more people are interested in joining.”

Once the wheels on the police forums start to move, a more defined schedule and narrowed down goals and objectives of each group will be established.

As part of the goal to reach out to tribal members, GRPD has also started it’s “Coffee with a Cop,” a community relations initiative at districts across the Community.

The meet and greet is unlike any other meeting, there is no presentation or agenda, just an open door to share a cup of coffee and pastries with GRPD officers and staff.

At the District 7 and 3 service centers, conversation was light hearted and it was a chance for Community members to get to know their police force.

Officer Brown said they are in an informal meeting, allowing tribal members to get to know GPRD leadership and the support staff.

"We had a general conversations about what district they were from, their family, what they like to do," said Brown, “We had commanders and lieutenants there and then we also had records and dispatch staff there."

The events are unlike most police encounters and highlight how the people behind the badge has similar things in common with the people they serve to protect.

For the officers who had a chance to sit down over a cup of joe with the members in District 7, they joined them in a game of chair volleyball with the elders.

Brown said the “Coffee with a Cop” activities are something GRPD would like to do on a month-to-month basis, which is why they have more dates set for Oct. 5 in District 1 and District 6. 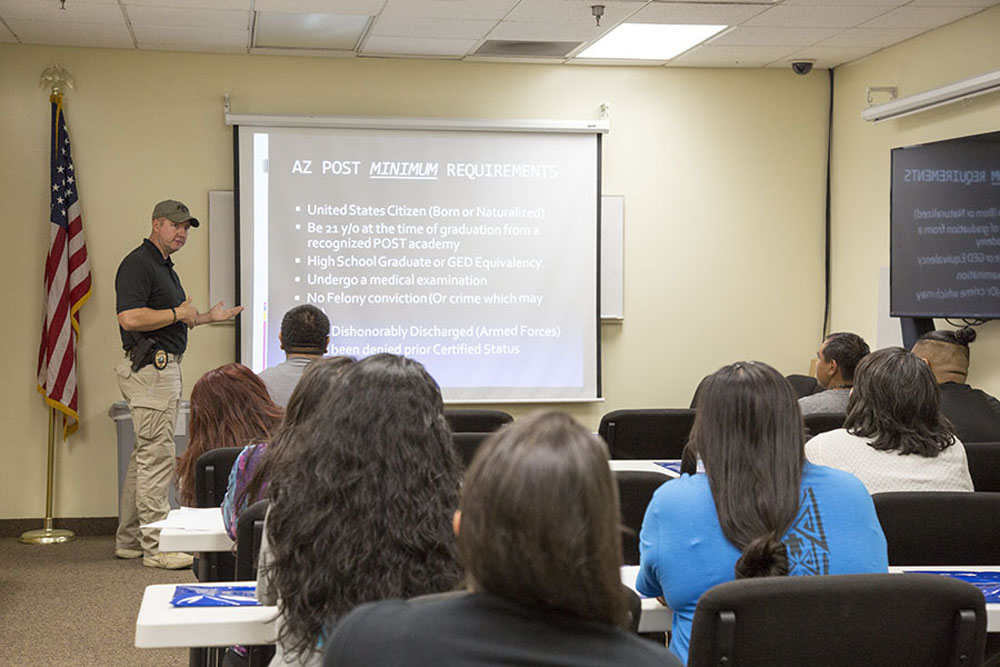