O’otham ñeo’ok has a very interesting group of words with unique properties that set them apart from other words in the language. These words are unique in that they can be used as both adjectives as well as verbs depending on the way you say a sentence. For example, if you wanted to talk about a car that is blue you can say the following:

This car is blue.

In this sentence what you are literally saying is “This car is blue”, using the word s-che:thag (blue) as if it were a verb. Another way to say this sentence is the following:

This example, although similar, differs in that you use the same word s-che:thag as an adjective, just like in the English translation. O’otham has a large number of these “s” words, which share this trait of being able to stand in place as either a verb or an adjective when needed. Almost all of these words start with the letter s and in our orthography the s is separated from the rest of the word with a hyphen. Many words that describe a quality, attribute or property are included in this group. This includes all the basic color words that we are familiar with (s-chuk, s-thoa:, s-oa:m, s-che:thag, s-veg, s-ko:mag) as well as words that describe taste (s-he’ek ‘sour’, s-io’ov ‘sweet’, s-onk ‘salty’), dimension (che:vach ‘long, tall’, ge’ej ‘big’, shopolk ‘short’), and properties of objects (s-kavk ‘hard’, s-moik ‘soft’, s-mu’uk, ‘sharp/pointed’, s-ga:k, ‘skinny’, s-gi:g ‘fat’). There are many more words that we could add to this list and as we see with the words describing dimension (long, big, short) not all of these words begin with an initial s sound. But these words all fit the pattern of being useful as both verbs as well as adjectives. Consider the example below:

This orange is sour.

This is a sour orange.

In the first example you are using the word s-he’ek as a verb, describing the taste or state of the orange. In the second example the s-he’ek is an adjective describing the type of orange you picked up (a “sour orange” as opposed to a “sweet orange” or a Valencia or Navel orange).

Another property that these s-words share is how they drop their initial s sound when you use the negative form of the sentence. This happens when you want to say something is not sour or not sweet or not red or not sharp, etc. In these cases you always drop the initial s sound when the word is being used as a verb. Going back to our original example if you wanted to say that the car is not blue you could say the following:

Notice that when the s-word is negated it loses its initial s sound. This is something that happens consistently with all s type words.

So in closing, if you ever hear someone tell you in O’otham “Hejel ‘i ‘e ñeith! S-muadag ‘o heg em wi:yosha!” (Look at yourself, your face is all greasy!!), you’ll know right away that your reply (No:, Pi ‘o shai muadag!!) is automatically gonna drop the s prefix on s-muadag (greasy). Try your hand out at our word match and see what other s words you can learn this month. 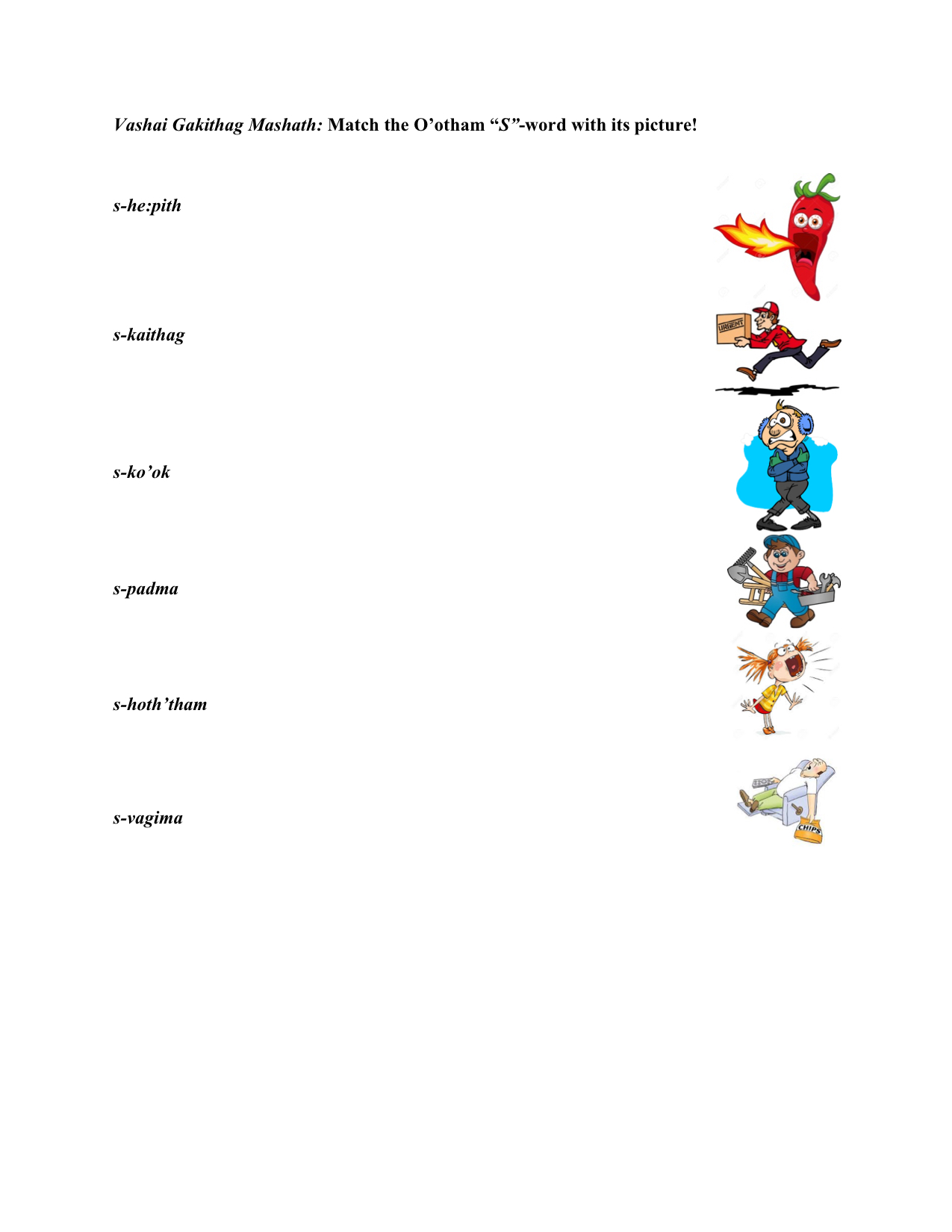 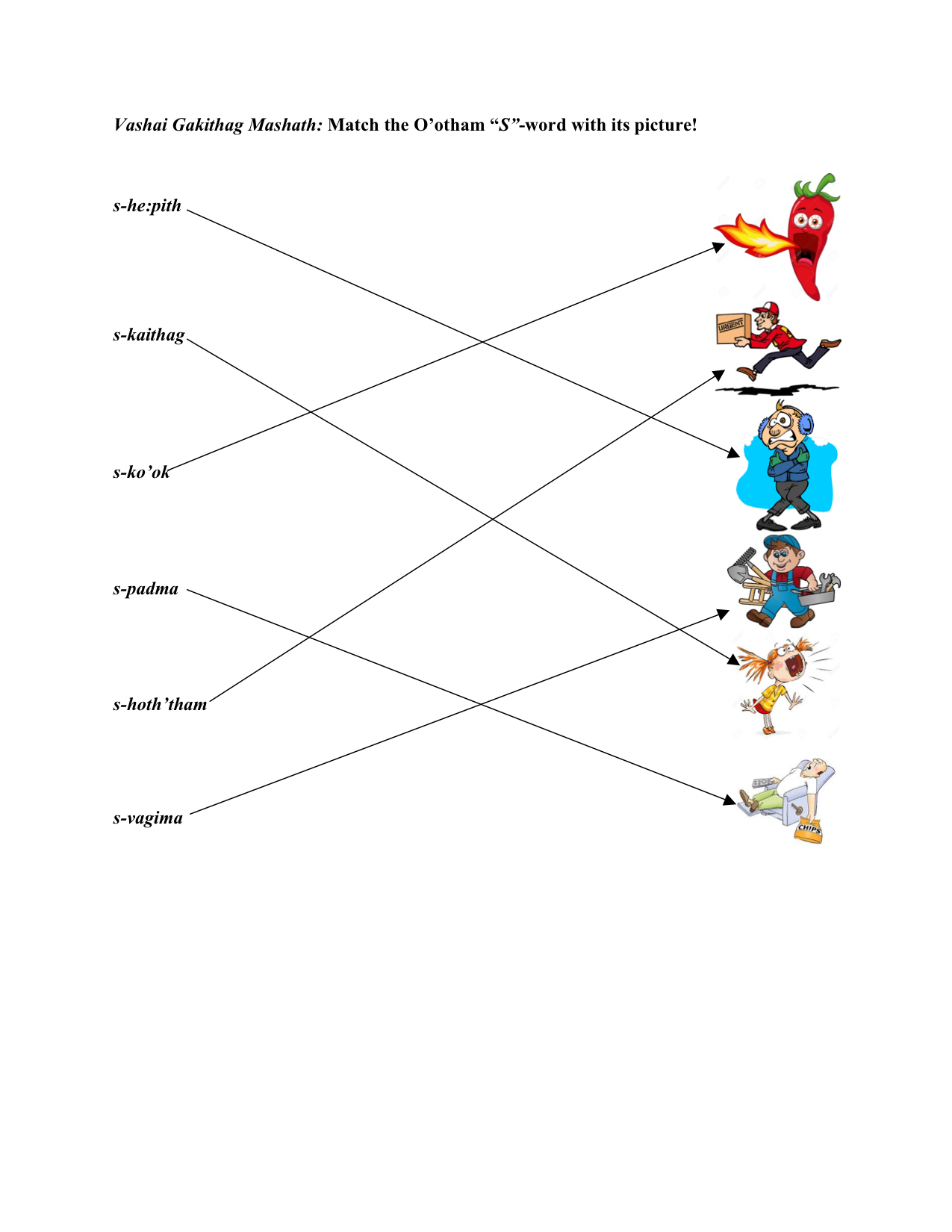