The Gila River Indian Community presented an oral argument before the Arizona Supreme Court on April 11 in a case to determine whether the GRIC Children’s Court or the Arizona state courts should have the decision-making power over a dependency case involving a Community child.

The case looks at the transfer provisions of the Indian Child Welfare Act of 1978 (ICWA), and specifically at the story of one child who was taken from her mother at birth and has been in the state foster care system ever since. The Community attempted to have the child’s case transferred to the GRIC Children’s Court in 2015 on the basis of the ICWA transfer provision, but the motion was denied by the state juvenile court, a decision later upheld by the Arizona Court of Appeals. The case is now in the Arizona Supreme Court.

Attorneys for the Community argue that the tribe should have jurisdiction over the child’s dependency case, and the circumstances surrounding the Community’s request for transfer “fall squarely within” the ICWA transfer provisions, which allow for the transfer of jurisdiction from outside courts to tribal courts at any time in the child custody proceedings.

The defense argues that the child’s case should remain with the state because the Gila River Indian Community, having requested the transfer after the child’s parental rights had been terminated, was too late in filing a motion to transfer the case to the tribal court, and that the transfer provisions of ICWA do not apply in this case.

The child in question, known only as A.D., was born in 2014. Her mother is a Gila River Indian Community member, but A.D. was not born on the Gila River Indian Reservation. Because both the mother and child tested positive for amphetamines and opiates at the time of birth, A.D. was taken into the custody of the Arizona Department of Child Safety (DCS).

DCS led the girl’s dependency case and placed A.D. with non-Indian foster parents. The Community began working with DCS on the case beginning Oct. 3, 2014 and did not object to the child’s placement at the time, but meanwhile began a search to identify a placement with relatives of A.D. within the Gila River Indian Community, or otherwise within compliance of ICWA.

Five months later, on March 4, 2015, DCS moved for termination of parental rights for the mother and father of A.D, and parental rights were terminated by June of 2015. According to court documents, the Community agreed to the placement of the child with her foster parents, “until an ICWA-compliant placement could be identified.”

On August 15, 2015, the Community requested a transfer of A.D.’s dependency case from the state court to the tribal court. At that time, the state, through DCS, concurred, but the foster parents objected.

The case of whether the tribe should be granted its request to transfer jurisdiction of the child’s placement case to the tribal court has been in litigation ever since. The hearing last week was the latest in the tribe’s attempt to win the right to handle A.D.’s placement case. A contingent of supporters attended the hearing, including GRIC urban members and elders.

“For years now, the Gila River Indian Community has done everything within our power to protect Community members and their families, every Indian child and every Indian family,” said Gov. Stephen Roe Lewis in a press release later that day. “We will continue down this same legal path for as long as the rights of Indian children and Indian families remain under attack. We cannot stand by when our children are at risk of losing their tribal roots, their culture and their families, or when the Indian Child Welfare Act is at risk.”

He said, “For almost 40 years now, ICWA and the tribal court system have worked as intended to protect Indian families and to treat our families with fairness. This landmark law should not be stripped of its key role in protecting our people, nor should Indian children be ripped from their homes and their culture.”

At the recent Supreme Court hearing, one Justice asked why the tribe waited until after the parental rights had been terminated to request the jurisdictional transfer. The attorney responded, “the termination of parental rights was in the express lane compared to most other cases...in Arizona state court, and that puts particular time constraints on the parties to a particular case. The case went from filing [for dependency for A.D.] to termination [of parental rights]...in less than six months.” Typically these cases can take a year or longer.

In the written argument, GRIC attorneys noted that, “Tribes often refrain from seeking transfer of a case early…and agree to non-ICWA compliant placements,” both exemplified in this case, “in order to facilitate family reunification and allow the family access to services which may be geographically closer.”

In its argument to the Supreme Court, the Community stated the Court of Appeals’ (COA’s) reading of the ICWA transfer provisions “is contrary to the plain language of the statute and leads to absurd and inconsistent results.” It also says, “The COA’s interpretation of 1911(b) is contrary to the purpose and spirit of ICWA.”

A ruling on the case is expected in the coming months. The Arizona Supreme Court will either affirm the appeals court decision that the Community was not able to transfer the case under ICWA, or it will rule that the language of ICWA allows for the transfer of jurisdiction as it was requested by the Community, and return the case to the Court of Appeals. 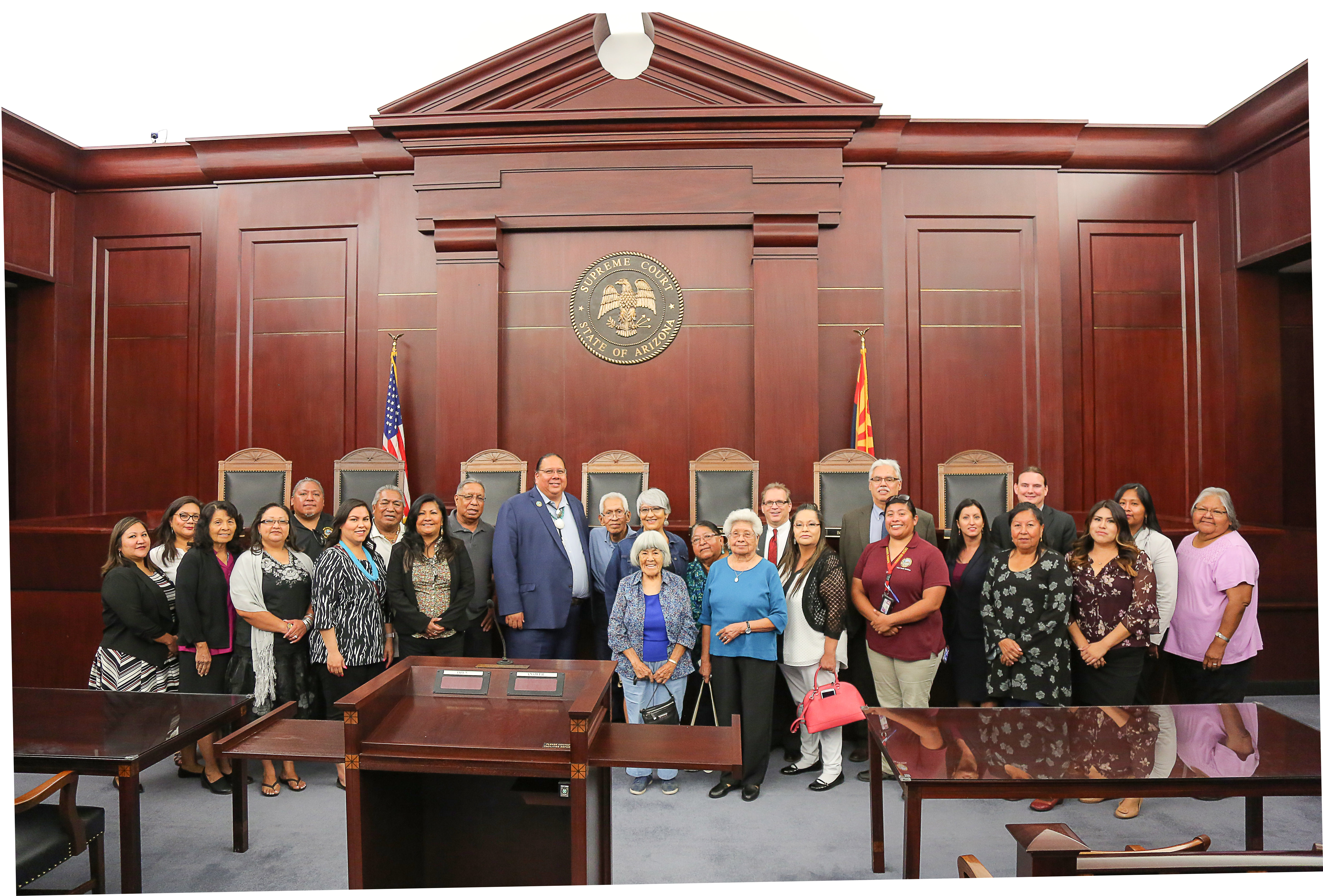 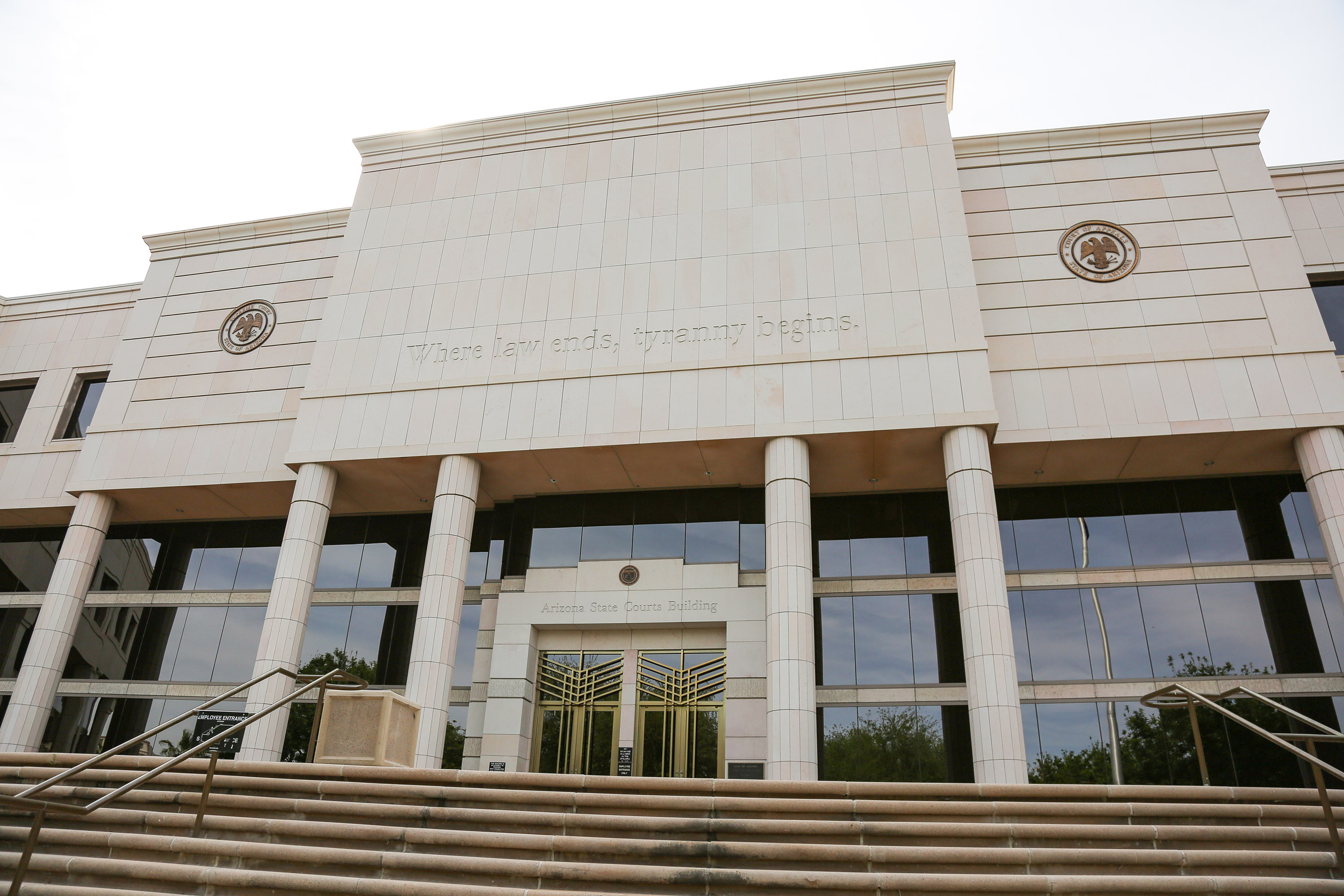