Kuavol is the quietly treasured desert dessert of the O’otham, oft overlooked and nearly forgotten. But the small red fruit took center stage at a public class in the District 3 Service Center, April 6, led by O’otham language instructor Tammy Histia, who shared her grandmother’s recipe for kuavol pudding.

The fruit, which is related to the Chinese goji berry, is also known as wolfberry. Both are in the nightshade family of plants, along with tomatoes. The small purple flowers of the kuavol bush bloom in early spring, and O’otham harvest the little berries from February through April.

The berries glow bright reddish orange against their muted green bushes. They grow in an oblong, rugby-ball shape and are the size of a nickel when fully ripe. One large bush can produce upwards of 500 berries and it can be painstaking to pick each of them individually.

Histia recommends walking into the desert to pick good berries rather than those closer to the road to avoid potentially consuming pollutants from cars passing by. She also suggested seeking out berries on smaller bushes, lower to the ground, but warned to be careful of snakes that like to hide in the shade of the kuavol bushes.

More than 30 people attended the language class to learn about the kuavol, and most of them were elders. While the kuavol has long been a favorite snack of the O’otham, not many know how to prepare it, said Histia. The elders are learning too.

The practice of harvesting kuavol seems to have skipped a generation. Many of the elders in the class remembered the treat from their youth, but never learned how to make it for themselves, so learning the pudding recipe was new for them too.

“It brings back memories,” said Alex Blaine III, whose grandmother used to make treats with kuavol. The last time he had kuavol pudding was when he was a child, maybe 45 years ago, he said. “Those were the good days.”

Blaine said he sees the fresh kuavol out in the desert, but wasn’t sure how to prepare them and always wanted to learn. “This was my chance. Now I know,” he said. “I thought it was a hard deal, you know, but it’s pretty easy [to make].”

Kuavol is beloved for its subtle sweetness and can be enjoyed in a variety of ways. It can be made into a dip, a sauce, a blended drink, mixed into pies or tossed into salads. It’s also delicious fresh off the branch. The fruit has a tart, bittersweet taste like a cross between a cranberry and a sweet tomato.

Histia remembered picking kuavol from the desert bush with her sister – grandma’s orders. “She would give us a [used] coffee can and she’d be like, ‘Don’t come back until it’s full,’” she said. “We would come home with a full can and that was our dessert just about every night that it was in season. She would bake a cake and cut it into small little squares for us, put it over it like strawberry shortcake. That was our dessert.”

The pudding Histia made for the class was originally her grandmother’s and it is reprinted here with Histia’s permission.

“It’s really simple…just flour, sugar, and water and that’s it. And you’re just boiling it all together,” she said. “Only ten minutes to cook it and it’s ready to serve.” 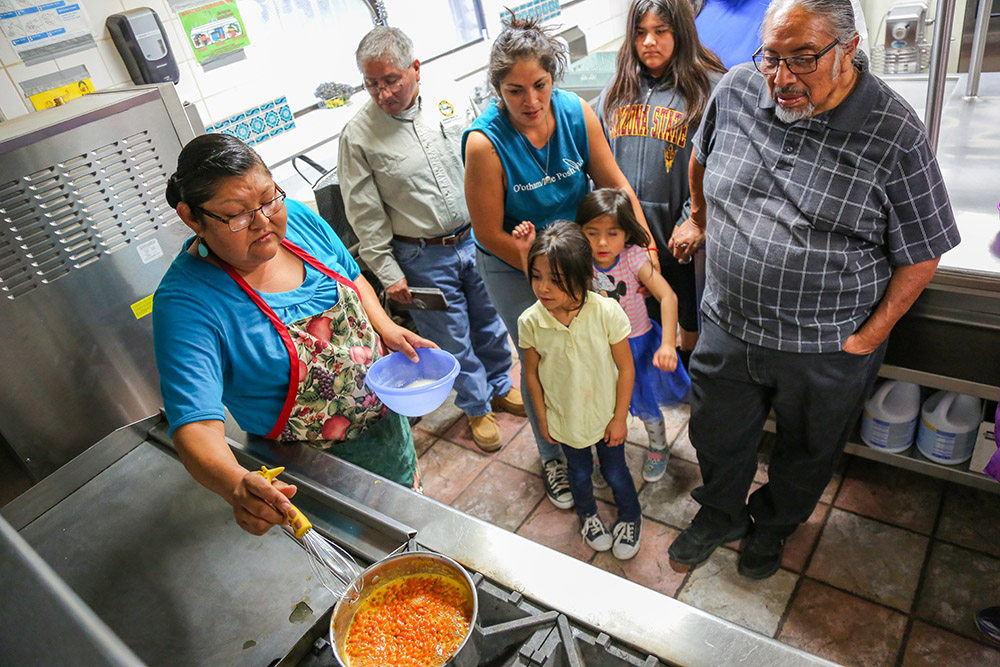 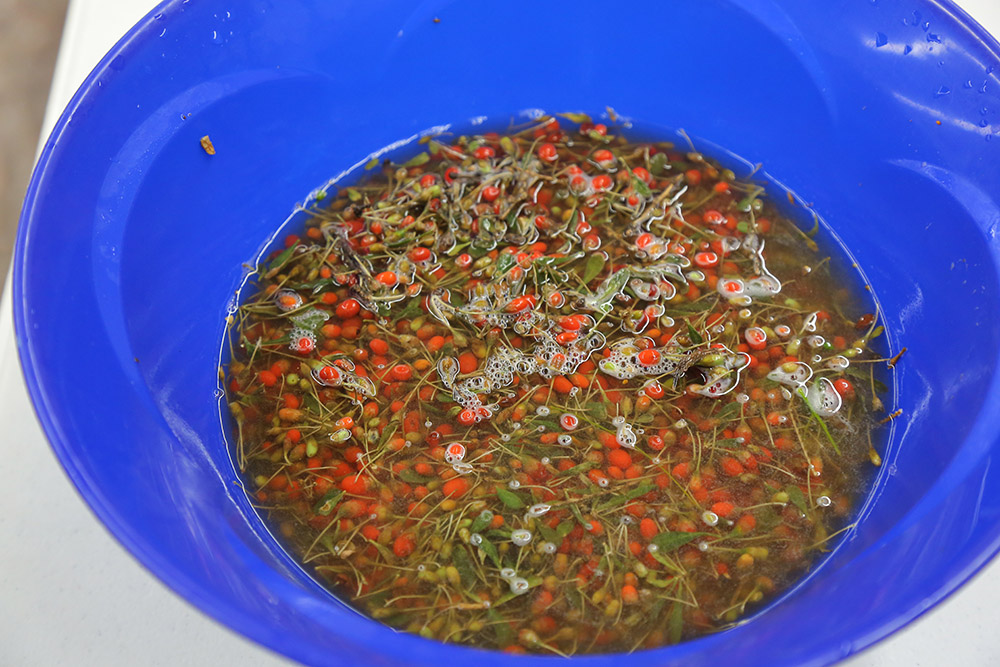 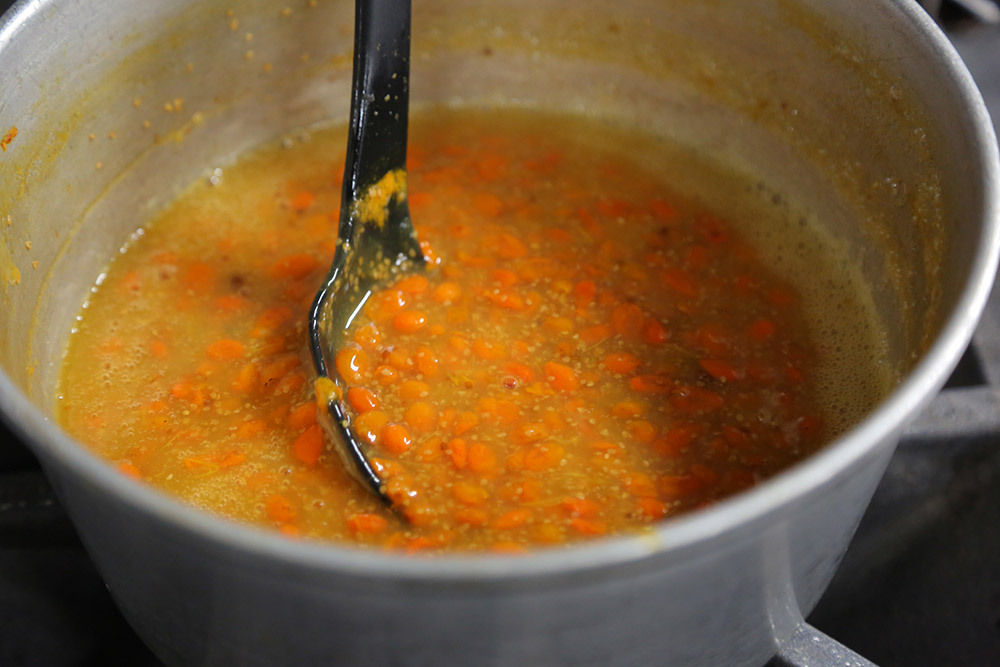 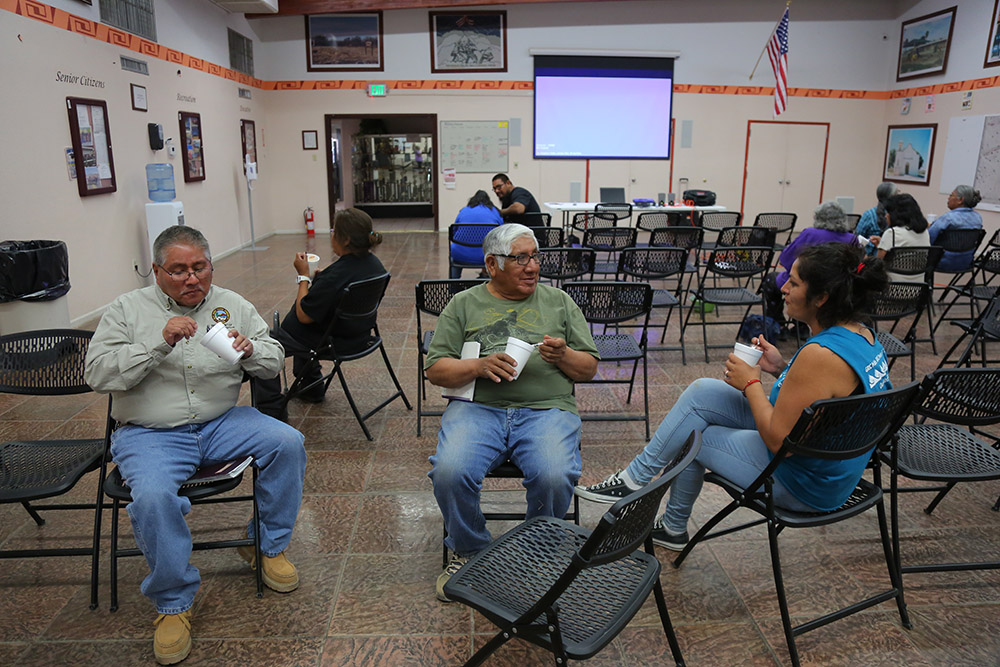 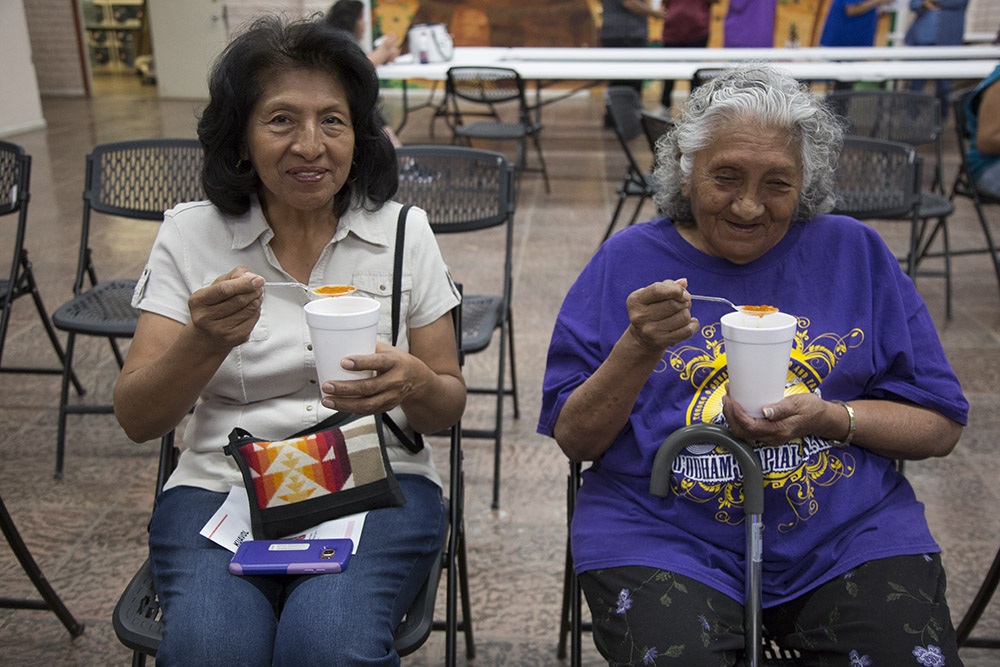