Debbie Yazza is Governor’s Employee of the Month for March

Senior Accountant, Debbie Yazza, who has been hard at work for the Gila River Indian Community for the past 13-years and contributed to the construction of 477 homes within the Community, was selected as Governor’s Employee of the Month for March and presented with a plaque inside the Community Council Chambers on March 31.

Human Resources Training Specialist, Phillip Morris, said that because of Yazza’s hard work, strength, and devotion to the Community, her nomination had been strongly encouraged by her nominator.

“[Yazza] was responsible for the accounting for [477] homes created by the Gila River Indian Community’s Home Owner’s Team,” said Morris.

“This was the first time the Community has built so many homes at once and required [Yazza] to work with disparate groups ranging from contractors, to Community Councilmen, homeowners, department staff, and other entities within the Community,” he said. “[Yazza] worked to confirm the costs for all these homes were properly tracked and ensure payments to contractors were prompt to ensure construction went along smoothly,” Morris said.

GRIC Comptroller, Robert Russin, said that while Yazza’s work on the large project, which affected hundreds of Community families, may have gone unnoticed by many outside of her circle of colleagues, it was finally time to make sure everyone took notice of her accomplishments.

“Her contributions to the [Home] Owners Team played a part in the construction of 477 homes for the members of the Gila River Indian Community,” Russin said. “A lot of people had to rely on Debbie: Community Council members, Governor, Lt. Governor, the Home Owners Team, contractors, Finance Department staff, department directors, the Gila River Indian Community Utility Authority, Community Treasurer, and I am sure many more,” he said.

“And Debbie came through. Contractors were paid on time, instructions documented and homes were built,” he said.

Lt. Gov. Monica Antone said while there were many people involved in the project, Yazza was the one who kept everyone in line and within budget.

While everyone knew Yazza was going to be the GEM for March, she had no idea, so when her name was announced as the GEM selection, she was genuinely surprised.

Yazza said that her bosses had told her to prepare a presentation for the directors meeting, and she was so nervous her eye was twitching. But after receiving the good news, she was able to relax and accept the award, not just for herself, but for everyone involved in the housing project.

“It is really truly an honor to get this [GEM] and I can’t accept this for myself, I have to share it with my team, which is the finance team…they gave me all the tools and resources and the support to help me get this project done,” Yazza said.

“Most importantly, I want to thank my family,” she said. “They understood this was a challenge for me, and they understood that I had to not be home sometimes. It was an enormous workload but in the end it all came together.” 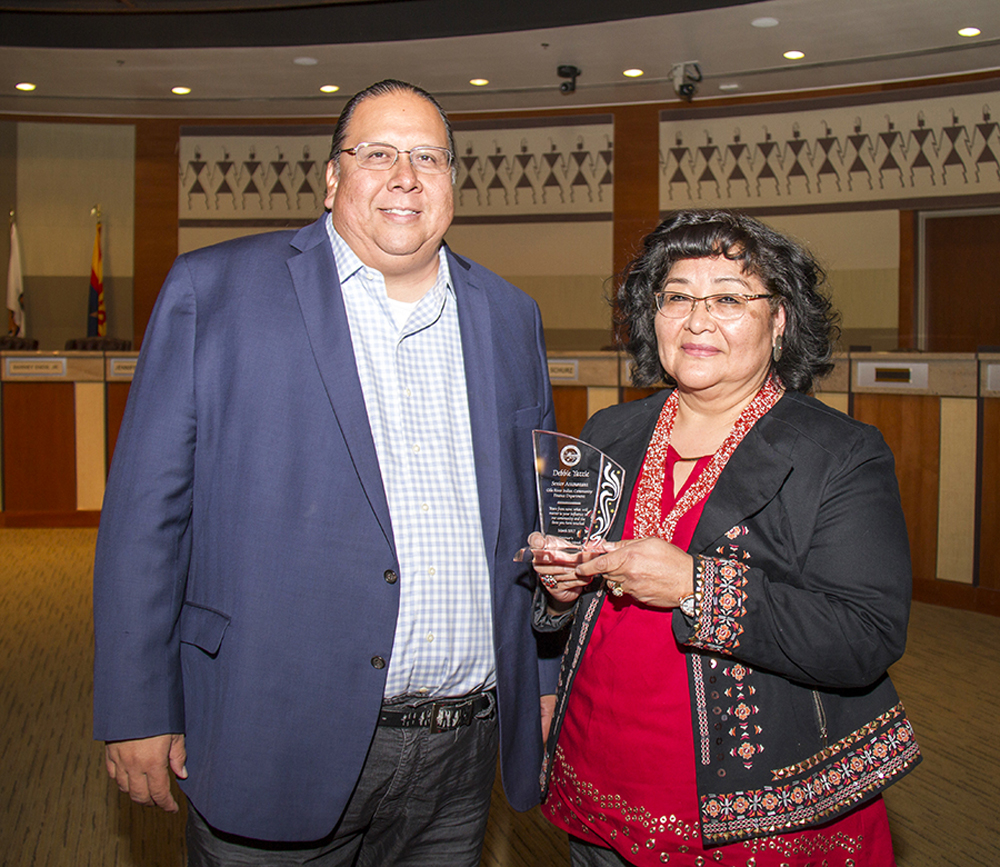