Five Gila River Fire Department firefighters were recognized for their years of service at an evening ceremony held at the Rawhide Western Town and Event Center on March 24.

GRFD firefighters Greg Mitchem, Christopher Bauer, Lynsie Burke, Melvin Chischilly and Rea Miles, were among the first graduates from the all Native American Fire Academy in 1997 that was held at Mesa Community College.

Class 97-2 ushered in a new era of firefighting for the Community, which sought to fill the ranks of the young department.

GRFD Fire Chief Thomas Knapp said when the graduates went from the academy to the fire station, there wasn’t time to ease into the job, because many of them were pressed into service driving fire engines to emergency calls.

Knapp said based on their evaluations over the years, they’ve shown how exceptional they are at being focused hardworking individuals that are willing to take their firefighting career to the next level.

According to former GRFD Fire Chief Doug Jones, the idea of having a fully trained and staffed fire department in the Community was new territory for a tribal community.

Jones said having a full-time and well-staffed fire department was a new concept for the Community after having had a volunteer fire department up until 1994 and that in 1997 the graduates of class 97-2 made that transition possible.

“They labeled [this] class the backbone of the fire department, not to take anything away from the firefighters that were here, but back then this was a big deal,” said Jones.

Today, GRFD has grown into a fully functional public safety department, which has four fire engines to meet the needs of the Community in all types of hazardous scenarios.

The awardees were given a commemorative plaque and chromed fire axe bearing their name and years of service, and a video highlighting different parts of their career, which showed how much they have grown professionally and come together as a firefighter family.

Gov. Stephen Roe Lewis and Lt. Gov. Monica Antone, both thanked the firefighters for their service and for being able to lay the groundwork for what would be a highly qualified fire department.

Antone said that it was the goal of former Governor Mary Thomas to see Community members serving in the Community’s fire department and that it took coordination between her office and the GRFD to get equipment needed to get the job done.

“You risk your lives and you are dedicated to preserving the safety of the Community and the lives of its members,” said Antone.

First to be recognized was Mitchem, a Community member from District One.

According to his colleagues, Mitchem has always had a passion for serving his community and can be seen educating the younger generations of Community members about careers in fire fighting.

Throughout his career with GRFD, Mitchem has served in a variety of positions from firefighter to Deputy Chief of Administration, after putting in his time of service in the field.

Bauer, a member of the Ft. Peck Reservation in Montana, has always been a hands-on professional, from Fire Engineer to Captain, he has trained new recruits on the fundamentals of firefighting.

Burke a member of the Confederated Tribes of the Umatilla Indian Reservation in Pendleton, Ore., was happy to receive her award, signifying that taking a chance on a dream of being a firefighter does pays off.

In 1996, when word spread that an all-Native fire academy was being organized, Burke jumped at the opportunity to attend the academy and moved to Arizona. Now a Fire Captain, Burke is a Field Fire Technician with board Battalion 421 and oversees the Personal Protective Program.

Chischilly, a member of the Navajo Nation, is also a graduate of the All Native American Fire Academy.

He started out as a Firefighter Apprentice and is now a “B” shift Captain as a Field Incident Technician for Battalion 421.

Although Chischilly could not be present at the awards ceremony, his oldest son Erik was present to receive the awards.

Rea Miles of District 6, accepted her awards, thanking the Community for the opportunity to become a firefighter.

Previously she worked with children in education and the Boys & Girls Club, before attending the all Native American Fire Academy.

Now serving as an Engineer on one of the fire engines, Miles continues to lead by example, inspiring youth of the Community to become a firefighter.

Although it has been 20 years since the first class of all Native American Fire Academy has graduated, many of those core principals learned at the academy have built GRFD into what it has become today. 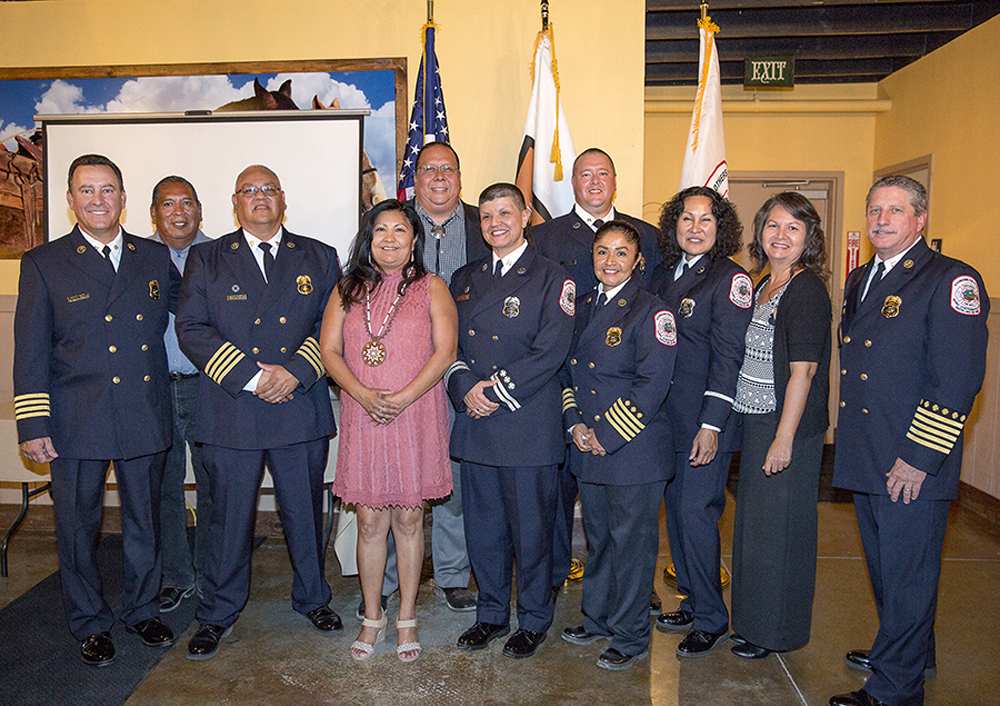 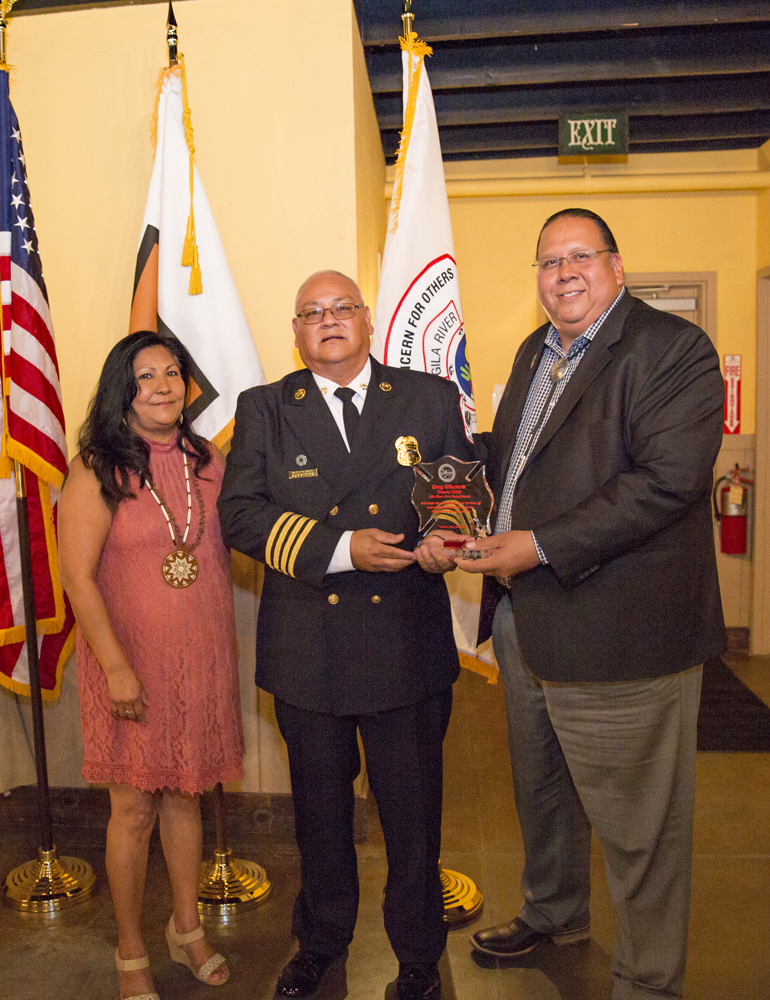 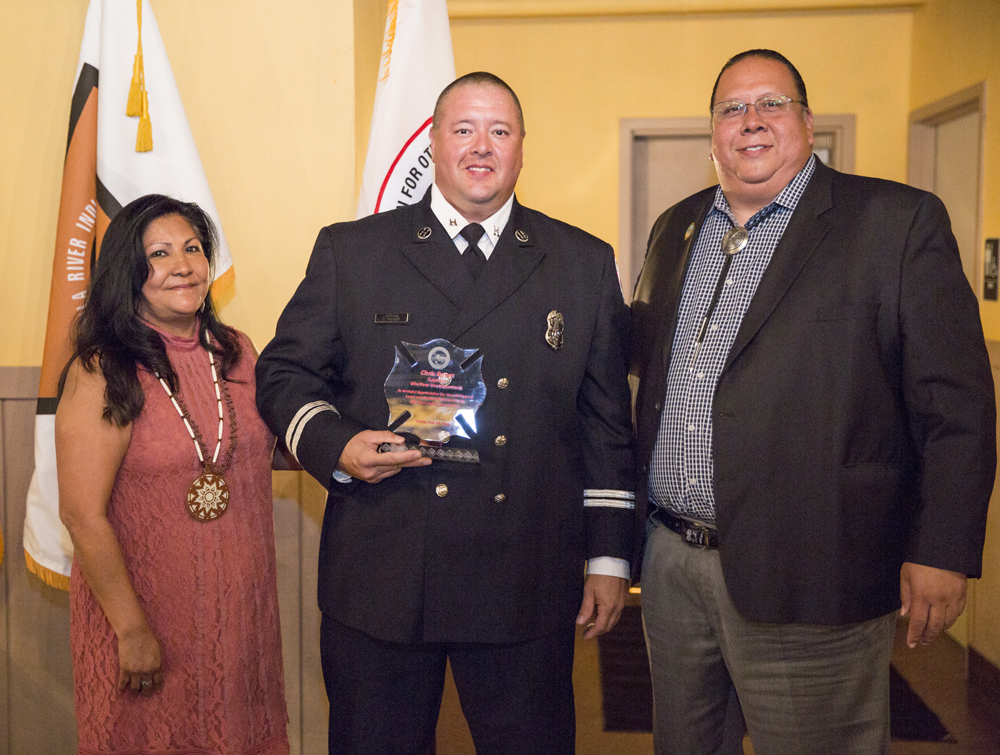 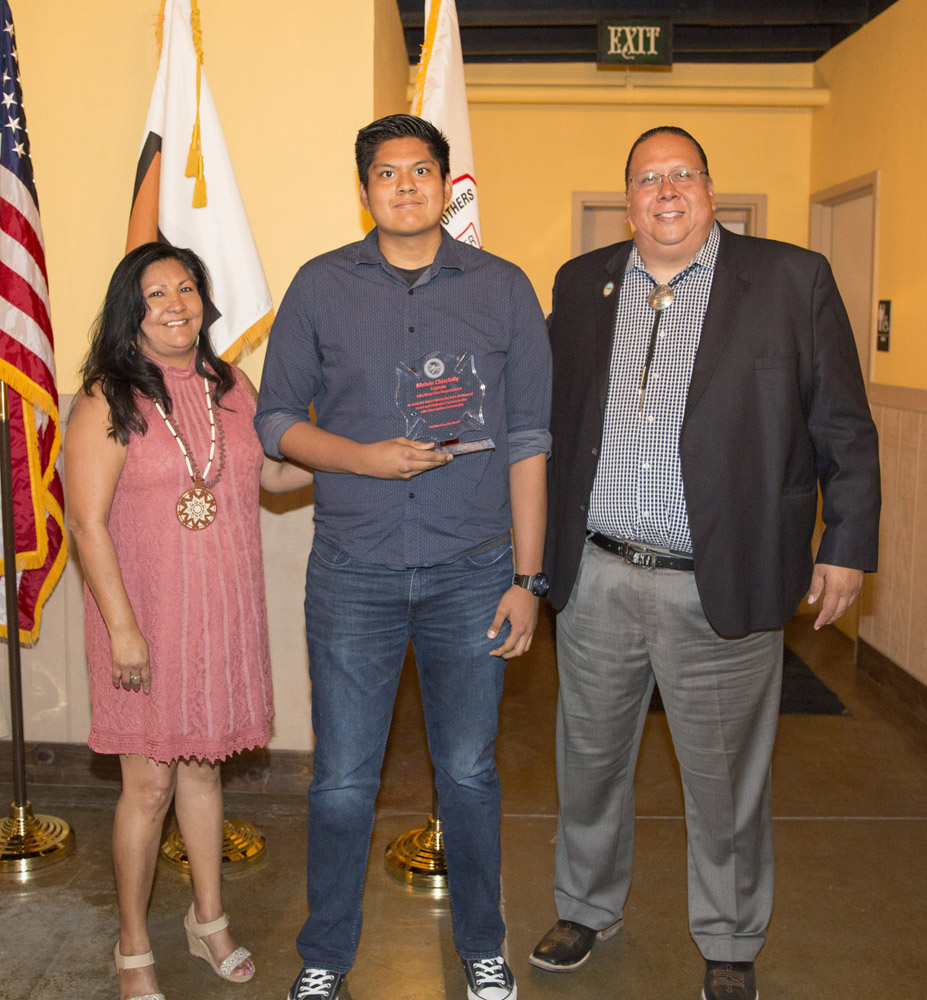 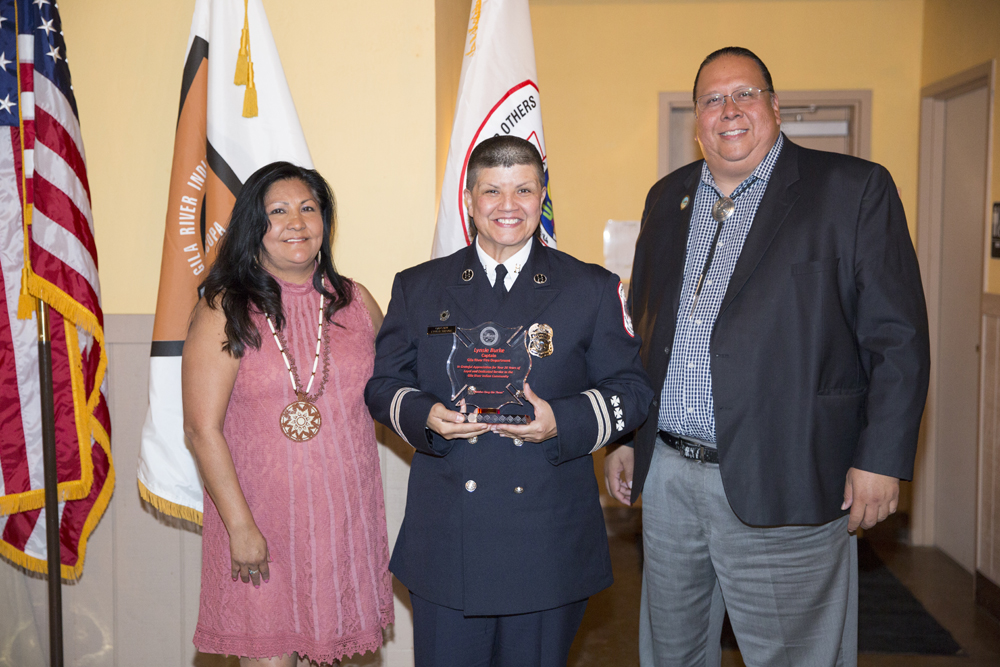 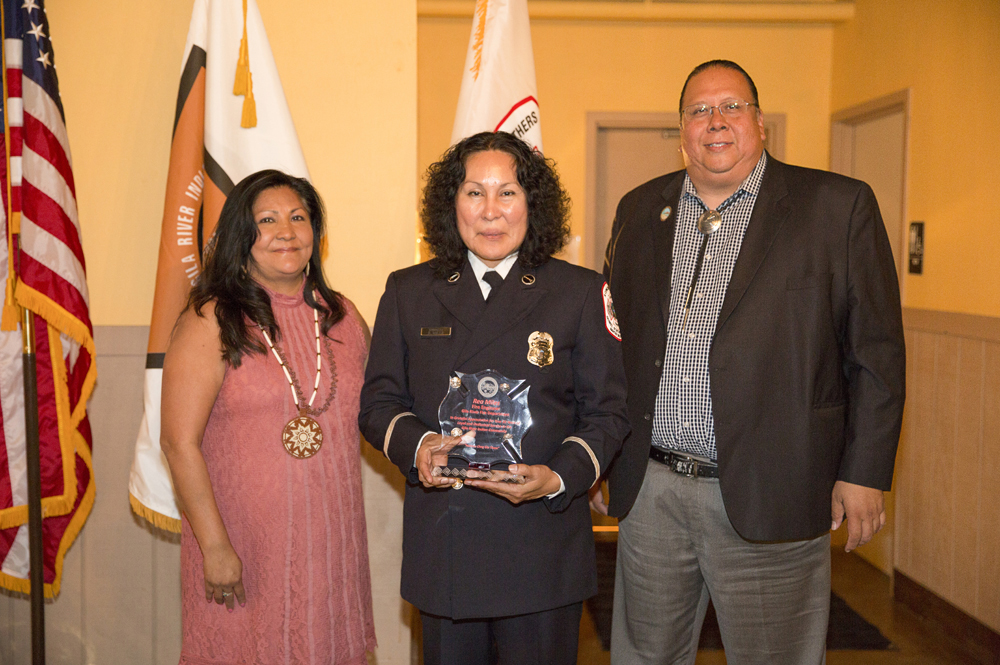