One Community member continues to refine his craft as he progresses in the world of ballet.

On a Friday night when the average group of middle school and high school teens make plans for the evening, Richard Thomas and the rest of his ballet classmates work on their form before a group of parents at the Arizona Ballet studio in Phoenix on March 3.

Since Richard’s last feature in the Gila River Indian News, Charity Thomas, Richards mother, said he has performed in a couple of productions organized by the school and that he continues to show commitment towards the study of ballet.

“He’s more focused and has really gotten the attention of his instructors, who say that he has the form and strength to go far in ballet.”

Richards grandmother, Cheryl Thomas said, “Its really good to see him involved in ballet, because it was something that he seemed to take up just for the time being, but for him, it has become something more.”

She said as a youth living in the city there are many distractions that can influence their decisions, but that Richard has done very well in keeping with his ballet studies.

For Richard and the students, it is a routine process they go through as they do their best to demonstrate what they have learned in class to their parents, but most importantly to their ballet instructor.

Led by Fabian Poulis, the class’s ballet instructor, they perform a series of exercises to get the students ready for their rehearsal.

The exercises focus on the upper and lower body strength to help them maintain form to ensure they have mastered each pose.

As the students go through their positions, she explains to the parents that they are showing progress and are starting to correct things they haven’t done before.

When it appears the students are having trouble mastering one set of poses, Poulis said, “[You] have to attack the combination...You have to anticipate what comes before.”

Like a traveling locomotive with several boxcars in tow, the students line up and move in unison, not to break the ripple effect that is created when they move together.

As they go about this, Poulis tells the students not to be too exaggerated and be more natural, emphasizing the articulation of each part of the body being used at that particular point.

She said that it’s done a specific way to prevent the overusing of muscles, which if not executed properly can put wear on the body, leading to an injury.

In the background Richard does his best to execute every pose as Poulis examines each student as they try to master a position that is rehearsed 3 to 5 times before moving on to the next portion of the nights showing.

Charity said that a lot of conditioning is needed before each class and that the school provides classes that focus on that part of ballet.

It’s a part of studying ballet Richard as grown accustomed to, as his schedule runs from Monday to Saturday and will sometimes include up to two classes per day and possibly a third one if he has to prepare for an upcoming performance.

So far Richard has put a lot of work into his training, which has impressed his instructor, who recommended him to take summer classes to continue refining his form.

Richard said the summer classes help students stay in form so they won’t forget what they have learned in the spring.

Poulis said students like Richard aren’t intimidated by ballet and are always demonstrating what they have learned each time they attend class.

Recently Richard and his younger brother Isaac ran in the Unity Run, in the Gila River Indian Community portion from District 1 Blackwater to Vah Ki District 5 on March 13. 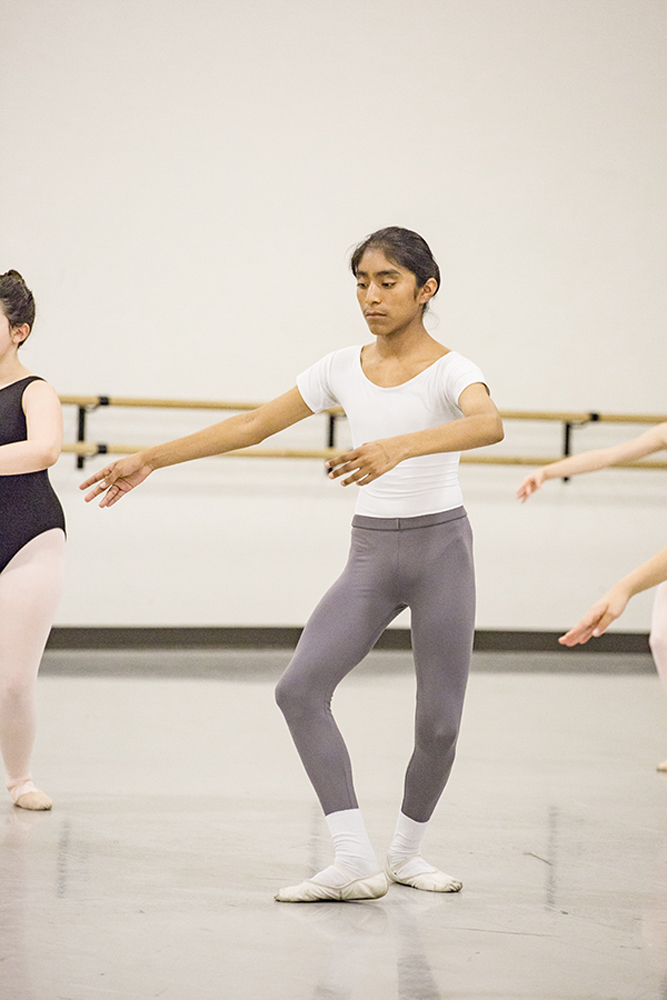