Sacaton Middle School hosted its first ever robotics competition in the school gymnasium on Saturday, March 25.

The goal is to make it from one end of the maze to the other, executing every turn perfectly and without rolling off the edge.

Fifth grade students Elena Mark and Maya Randal form a team from Sacaton Elementary School called Sonic. The partners help each other plot the course, calculate turning angles, and program their bot for the maze. A computer application called Lego Mindstorms talks to the bot, telling it when to stop, how much to turn, and how far to go, according to instructions its human operators have entered.

“Go!” says the robotics competition judge. Kneeling at the start, Mark punches a button on top of the bot. It crawls along the narrow plank, pauses, makes a sharp right turn, and chases the path down another length of the maze. If the bot falls off the path even a little bit, it’s a failed run and it’s back to the beginning.

The bot turns right, then left, then left again. The wheel comes close to the edge, but stays on track. Mark kneels by the miniature rover, willing it through strained teeth to maintain course. As the bot pulls up to the finish line and stops at exactly the right spot, Team Sonic punches the air in victory, and supporters cheer them on.

“That was exciting because we reached the finish line,” said Mark. It was their first timed run of the day and they already had a perfect score. The pair said they enjoy learning robotics because “it’s just fun,” but it takes a lot of work to get the robot to make even one successful run.

“We keep going and going and keep trying and trying,” said Mark. The team has spent hours with their bot and programed it hundreds of times to run various courses this semester. The mazes laid out for this competition was new to all participants. Around the gym, teams of varying ages worked with their bots and mazes.

“This is the First Annual Indigenous STEM Robotics Competition,” said science teacher and SMS Robotics Club advisor Jo Ellen Kinnamon. The Robotics Club has participated in state and national robotics competitions in the past, but this is the first time it has hosted an event for other students.

Students from a handful of schools from within the Community participated in the inaugural event, including Sacaton Middle School, Sacaton Elementary School, Gila Crossing Community School, Casa Blanca Community School, and St. Peter Indian Mission School. Kinnamon said she hopes the event will grow year after year to include Native American students from around the state and perhaps nationally.

The Arizona Coyotes recently donated $5,000 to Sacaton Middle School’s Robotics Club, which Kinnamon said will be used to purchase new drones and help pay for traveling and registration expenses for various tournaments the students are scheduled to participate in, such as the national RoboRave competition in New Mexico in May.

“Putting on the first robotics competition in the Community and then heading to New Mexico in May [for RoboRave], it takes a lot of money,” said Kinnamon. “Our kids work. They are out there hustling, so it’s not a handout. The kids work very hard.”

“Today, it’s actually pretty fun. It’s not as hard as I thought it would be, but yeah, it’s pretty fun,” she said.

Lopez, who loves math, said she enjoys learning robotics because “I actually get to work with math. It helps me get into math more.” The pair made it to the finals against another middle school team and ended up taking home first place under the team name PTV.

Winners by category, team name and school are as follows:

Second: Just Do It!, SMS 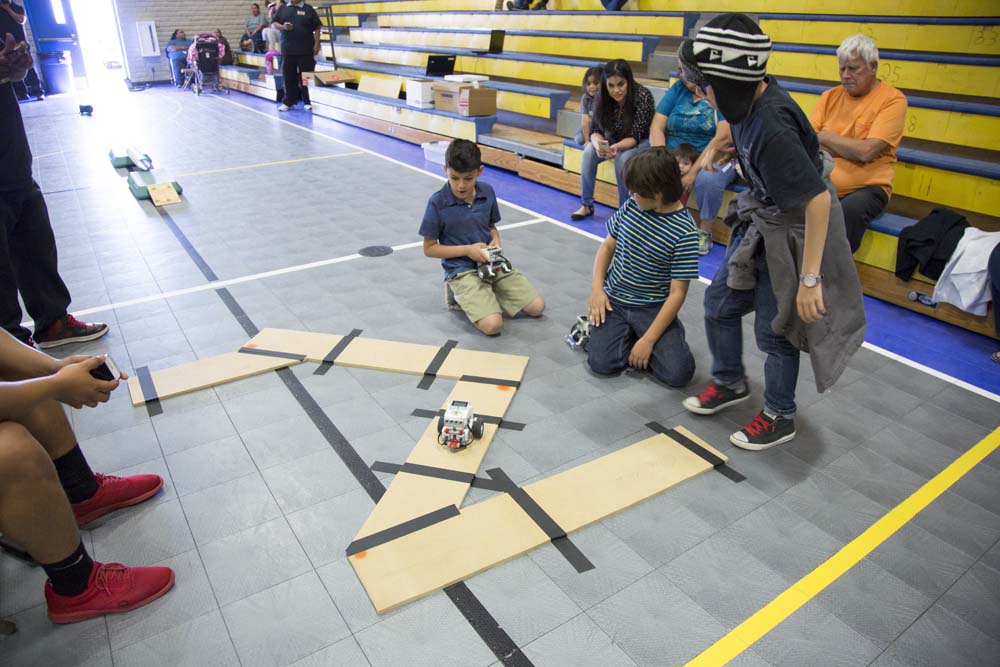 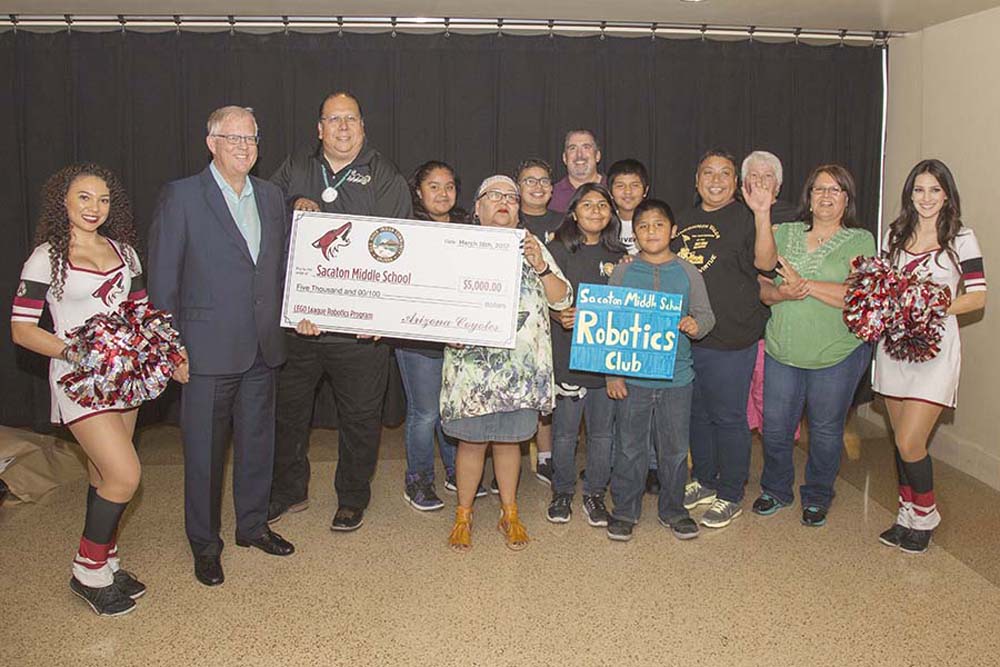 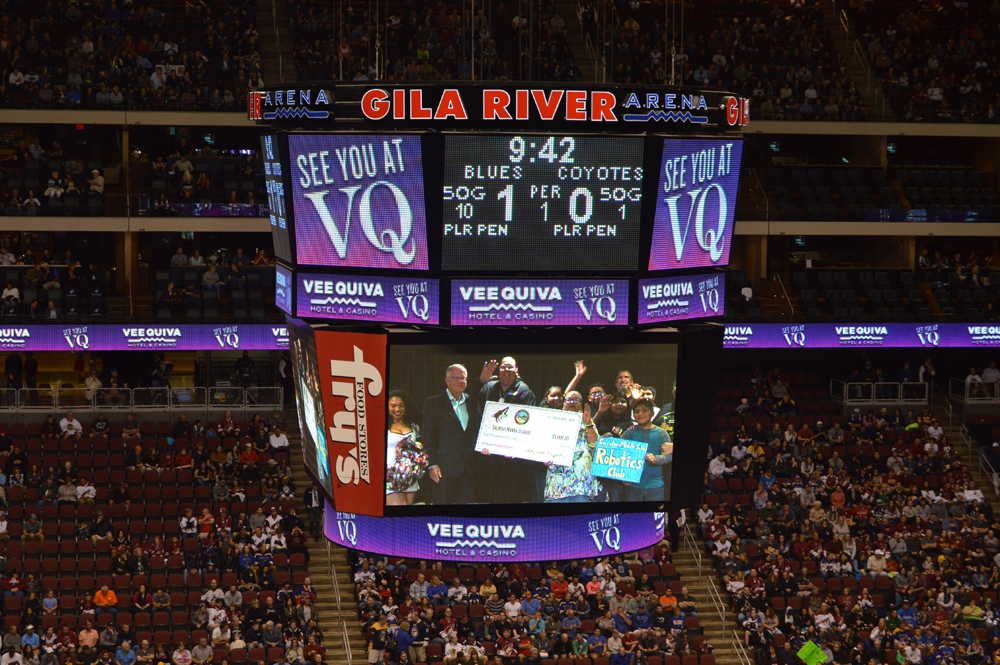 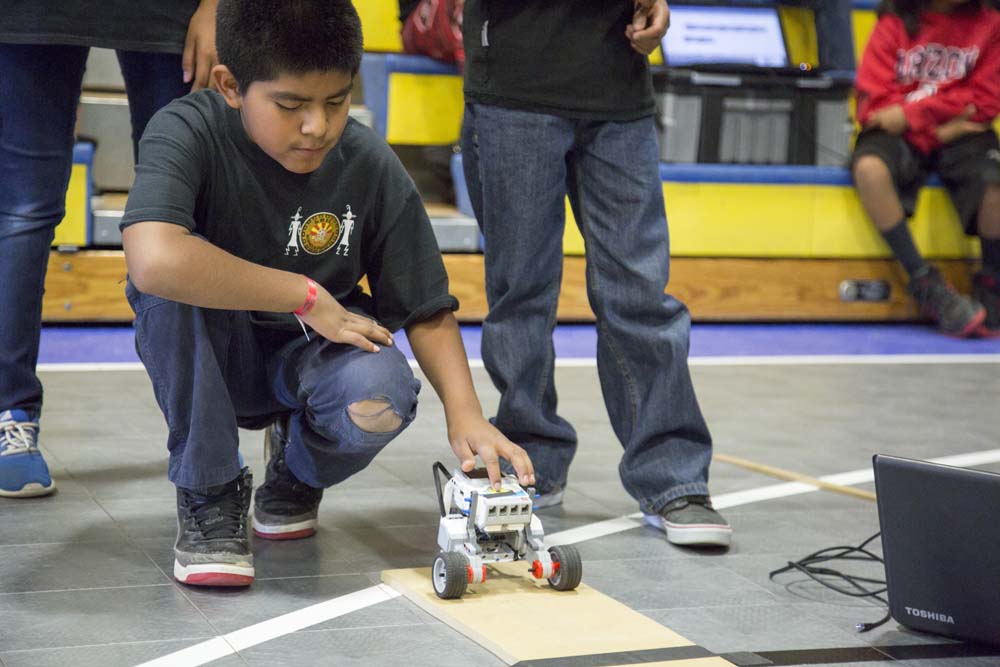 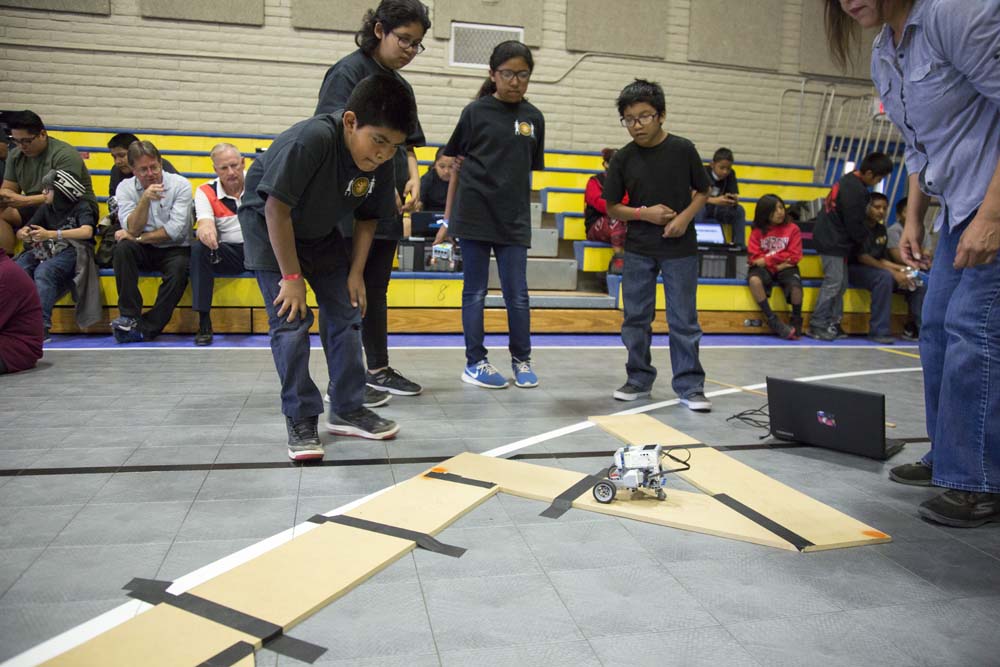 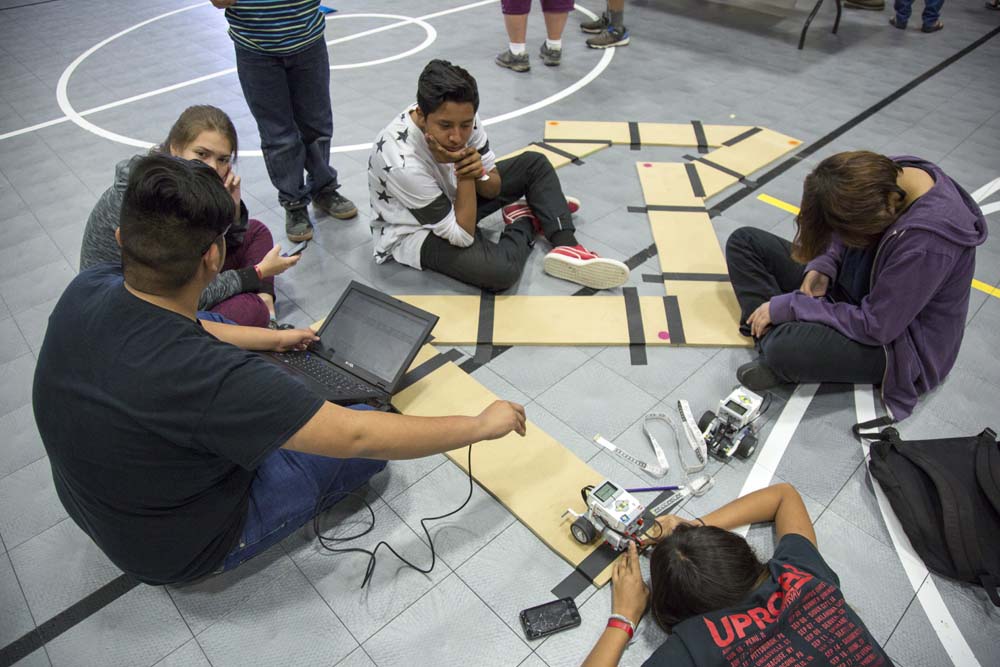 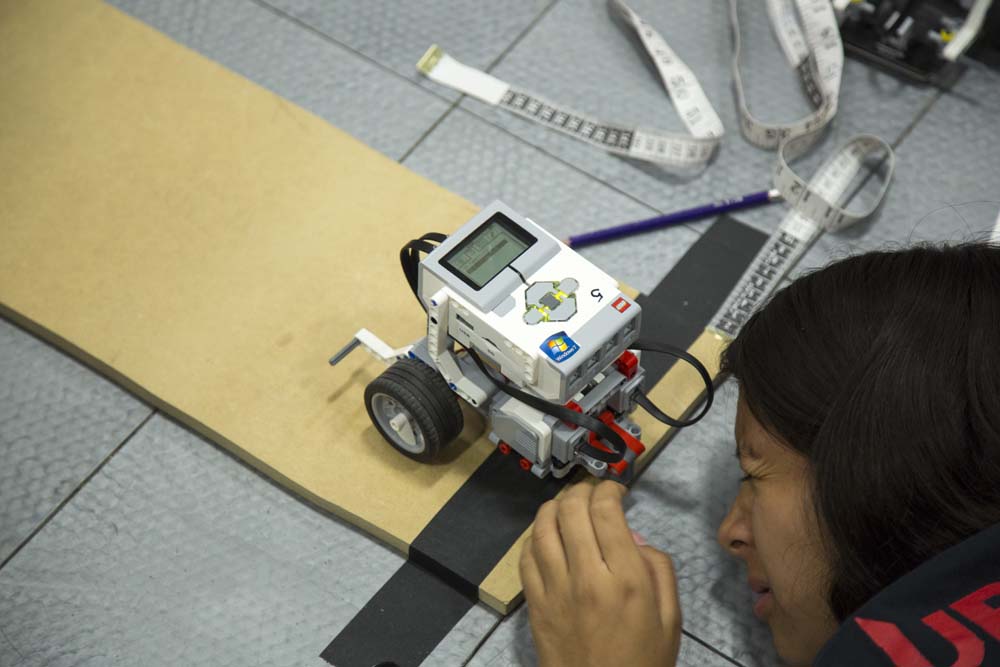