In a landmark agreement between the Gila River Indian Community, the U.S. Department of Agriculture (USDA), and the Natural Resources Conservation Service (NRCS), the Community will receive funding for the purpose of lining its Casa Blanca Canal.

On May 31, the NRCS approved the tribe’s Alternative Funding Agreement (AFA), in the amount of $4.5 million, and on Aug. 8, noted an additional $4.07 million in funding during a signing ceremony between the Community and NRCS, bringing the total amount to $8.57 million.

NRCS’s approval of the Community’s AFA is the first time a Tribal Nation has received funding for conservation efforts in the United States.

The cooperative agreement is a pledge to financially and technically support efforts to address water conservation on tribal lands. The NRCS, which is the lead Federal agency for conservation on private land, manages the Environmental Quality Incentives Program (EQIP); a program the Community has worked with in the past, specifically in concern with water quantity issues associated to irrigation.

The arrangement will fund the concrete lining of unlined portions of the Casa Blanca Canal, a length of 15.22 miles on Community land, which will improve efficiency of the irrigation system, increase water conservation by reducing water seepage, and reduce operation and maintenance costs. Construction on the canal-lining project is set to begin in September.

Gov. Lewis commended the agreement as being proactive against drought conditions in Arizona, and a step forward in the Community’s agricultural development.

“This signing illustrates the Gila River Indian Community’s continued efforts to work with our federal partners to protect the Community from drought conditions in Arizona,” Lewis said. “The Community being the first tribal nation beneficiary of such critical NRCS allocated funding will provide the Community the ability to enhance the Pima Maricopa Irrigation Project, the Community’s water delivery system, with the ultimate goal of supporting our farmers and agricultural development throughout the Community. Further, this signing signifies the Community’s continued commitment to following our cultural teachings to be good stewards and protectors of such a precious resource, which is our shudag (water).” 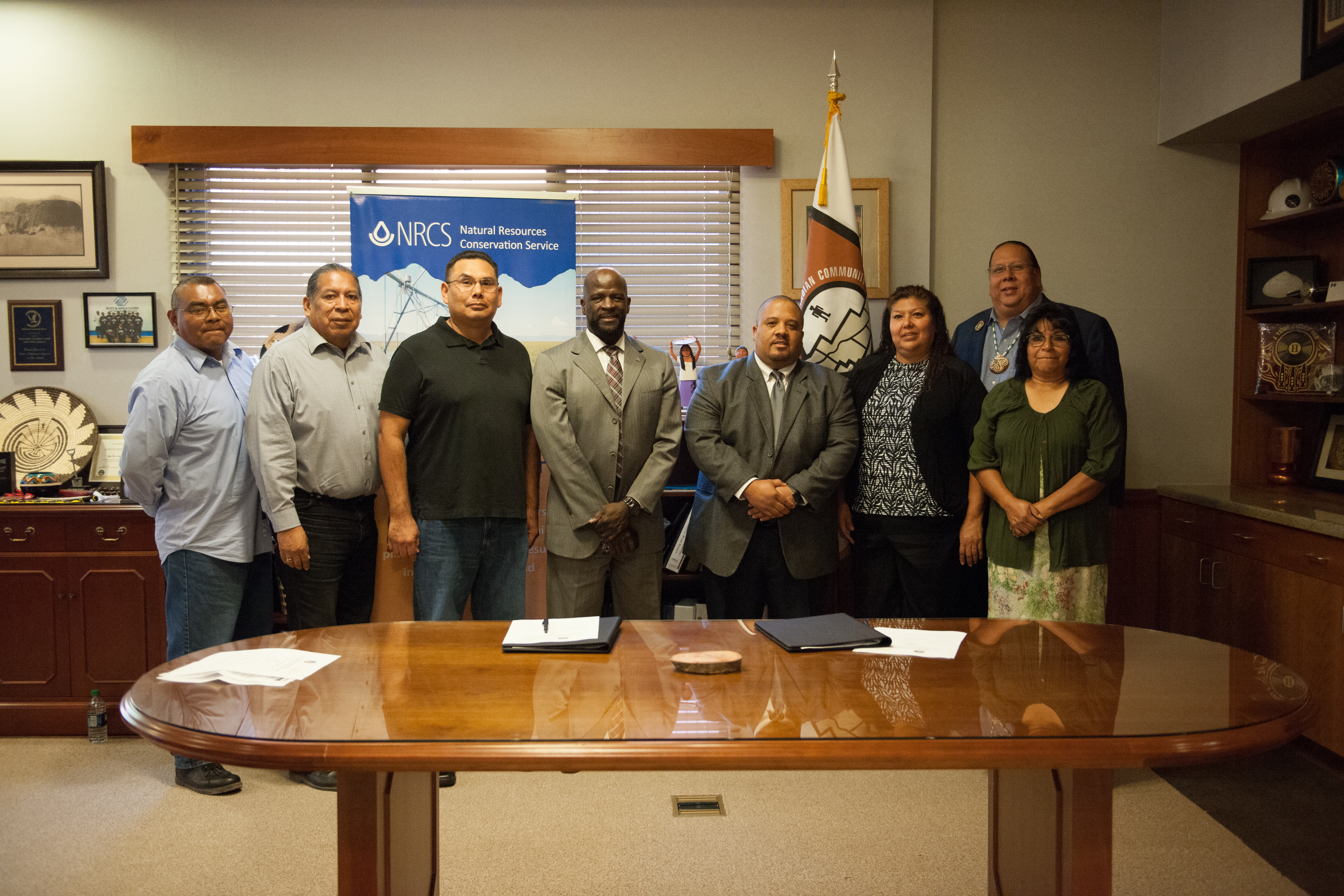 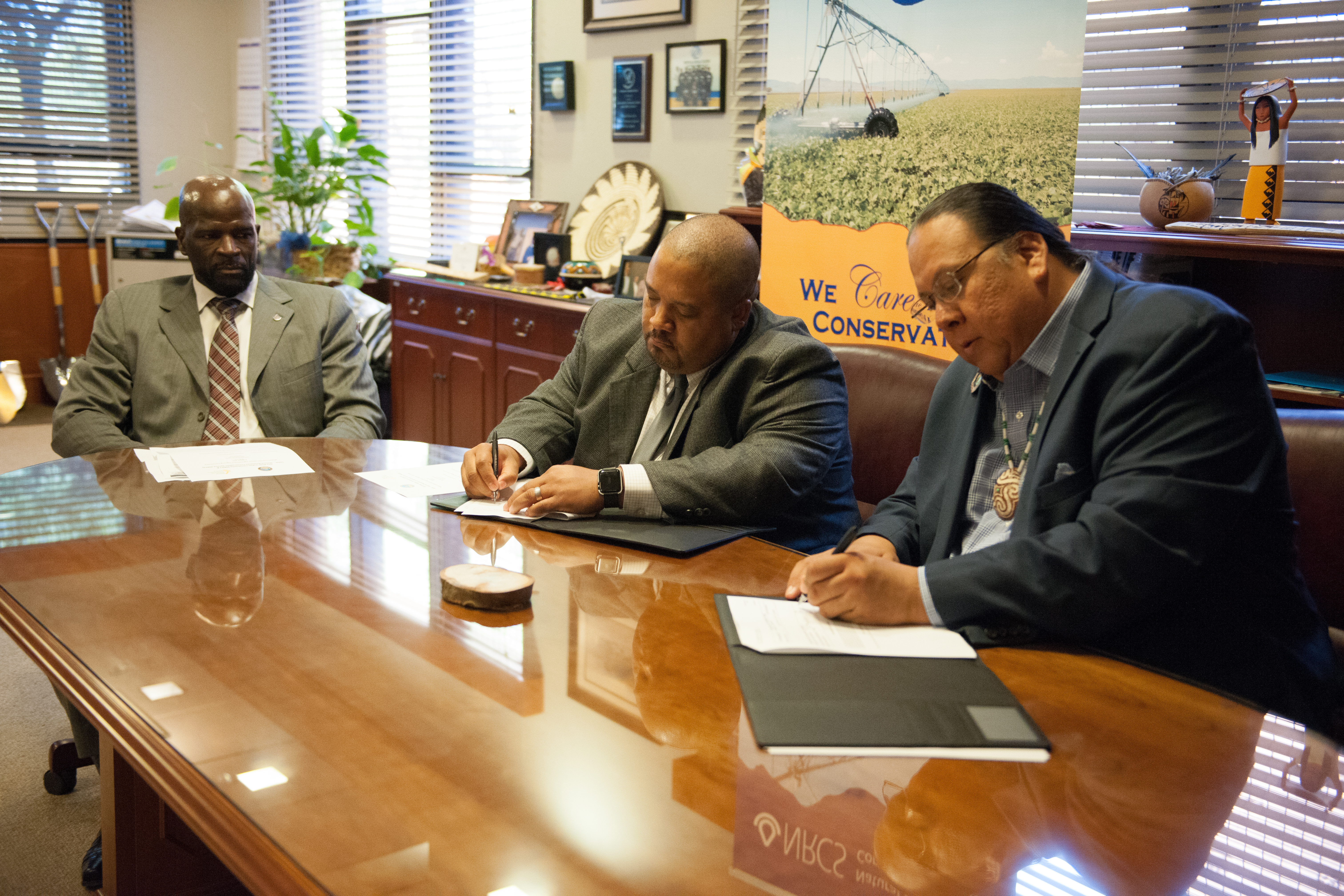