Police officers are often the first to respond to crimes or accidents, where bystanders and even other officers may be injured. Which is why the recent donation of 142 individual first aid kits from non-profit organization, CopsDirect, to the Gila River Police Department is an important step in keeping both police officers and members of the Gila River Indian Community safe.

GRPD was able to receive the kits at no cost thanks to the work of Gila River EMS Paramedic, Josh Sanchez, who was instrumental in procuring Tactical Medical Solutions Downed Officer Kits from non-profit organization, CopsDirect.

Overall, seven training sessions will be held until all GRPD officers receive the new kits and instruction on how to properly use them.

GRPD officers received Tactical Medical Solutions Downed Officer Kits, which contain several items essential in the treatment of serious injuries. While the kits do contain many items, they are small enough to fit in a pocket or glove box. The kit contains a tourniquet, modular bandage, face shield, nitrile gloves, 2-inch tape, and 5.5-inch trauma shears.

The kits are first-and-foremost for officer safety, said Knight. The secondary purpose of the kits is for anyone on scene who is in need of first aid. He noted that all GRPD officers are already formally trained in CPR and first aid, and the training was solely based on the content of the Tactical Medical Solutions Downed Officer Kit.

“Police officers are often on scene of these critical calls quicker than we (EMS) are,” said Knight. “In a critical situation where there is a shooting or stabbing, the kit includes essential supplies that can possibly save a life,” he said.

When the life or death of an officer, innocent bystander, or even an offender, can be counted in seconds, it is important police officers have the tools and training to utilize a tourniquet or bandage.

“One of the most preventable types of deaths is from bleeding out,” said Knight. “It is important for the Community to know that we are training the officers, to not only save themselves, but also to have the skills and equipment to provide some life safety to the Community, to those that may be involved in an incident or just happen to be in the wrong place at the wrong time,” he said. 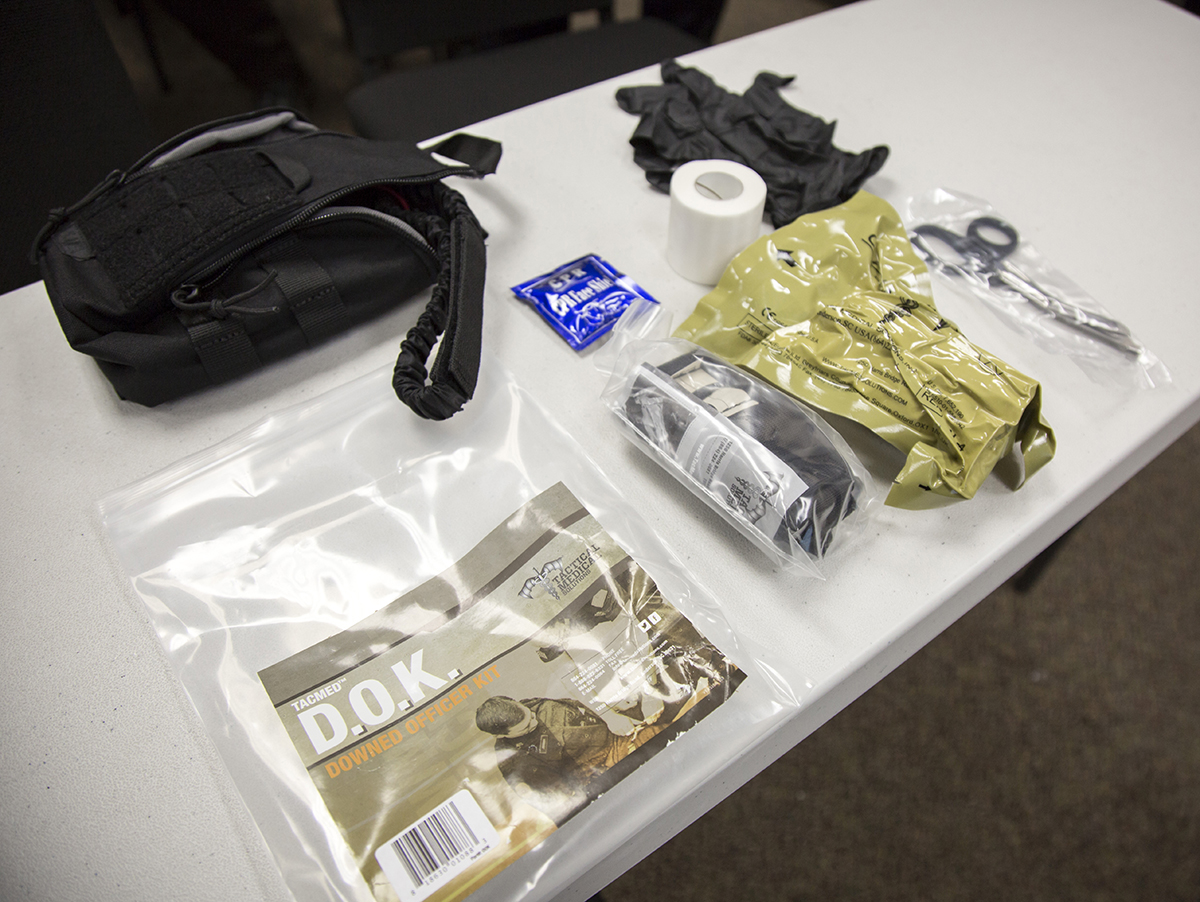 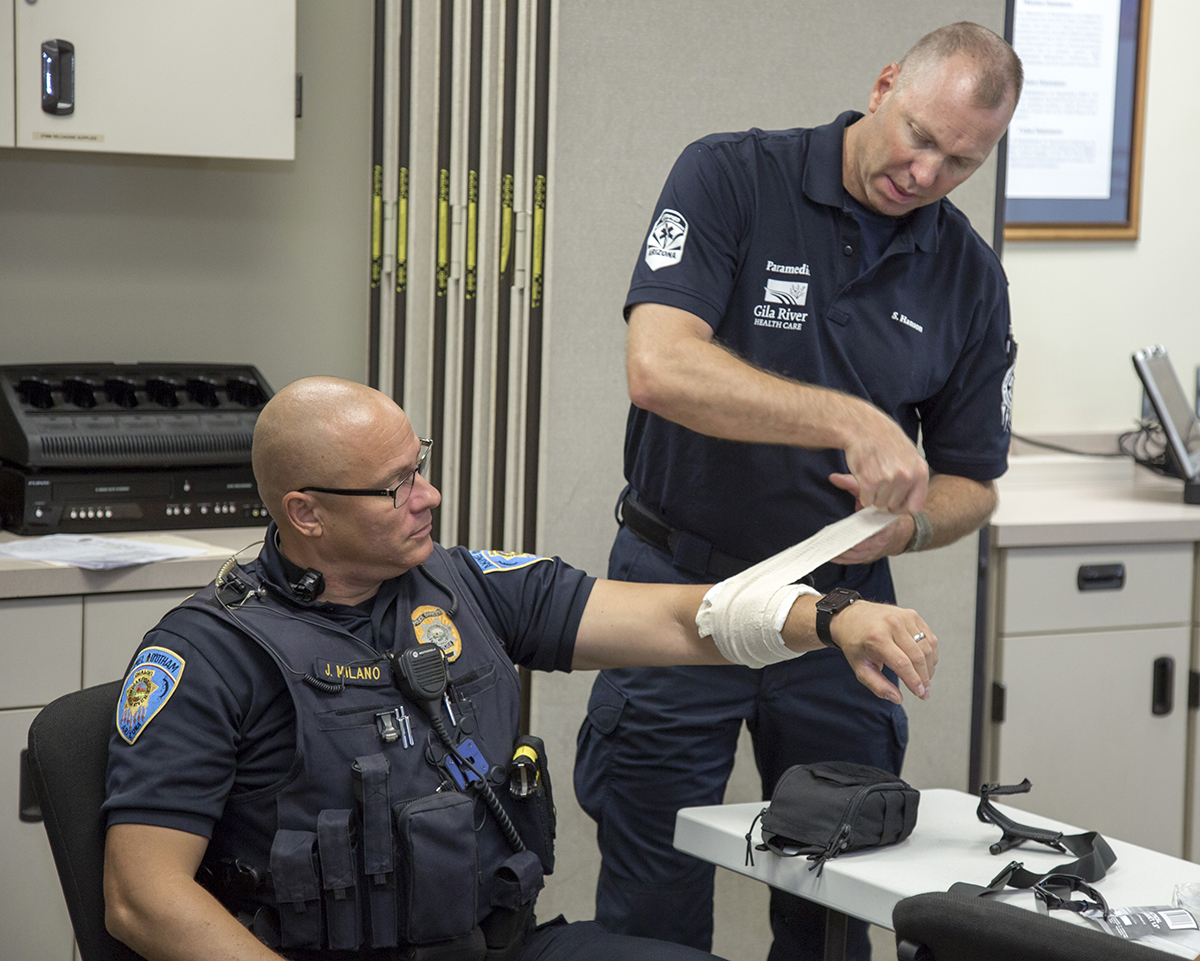