The Inter-Tribal Council of Arizona hosted the summit, to provide an open dialog on topics related to energy and the natural resources tribal communities have strived to gain access to, like water and their own utility authorities.

The summit highlighted the complicated nature of working with the federal government over policies that impact tribal communities’ ability to advance their people technologically and economically.

Other topics discussed at the summit were water and energy, which are two important resources Arizona tribes have been working with state and federal governments to access, in order to advance the livelihood and economic status of their communities.

Gila River Utility Authority Vice Chairman John Lewis talked about the importance of providing essential utilities to its members like electricity, and the infrastructure needed to bring power to homes, and high-speed internet service.

He said it took 25 years for Gila River Telecommunications Inc. to become an “overnight success,” because there were so many steps to go through to get where they are today, that includes the rise of GRICUA, which has become a major utility service in the Community.

Lewis said establishing partnerships with the federal government is crucial to establishing a telecommunications and a utility business and that funding is also a major contributor as well.

Gov. Stephen Roe Lewis said tribal representation is needed at high levels of government in order to make headway in bringing important services to its members, which often requires direct consultation with the federal government to receive funding for utility services.

“With the changing administrations, tribes have had to learn how to adapt to maintain that trust relationship, that government-to-government relationship with the federal government,” said Gov. Lewis. “It means maintaining our stewardship and leadership over our homelands and natural resources like land and water. We have so much to lose, if we are not at the table.”

He spoke on the issues related to the operation of the Navajo Generating Station, which provides the power needed to bring the Community’s share of Central Arizona Project water to tribal lands.

The conference was about discussing how tribal communities will continue to thrive under increased drought conditions and how their access to water and other natural resources will be influenced by federal and state government policies.

Gov. Lewis promoted the idea of increased coordination between tribes and the state in order to prevent the issue of water being a generational issue that the next generation may have to negotiate over.

He said the vision by past Community leaders has always been carried forward as GRIC continues to maintain its waters rights and is only one of two tribes to have a water agreement with the state. 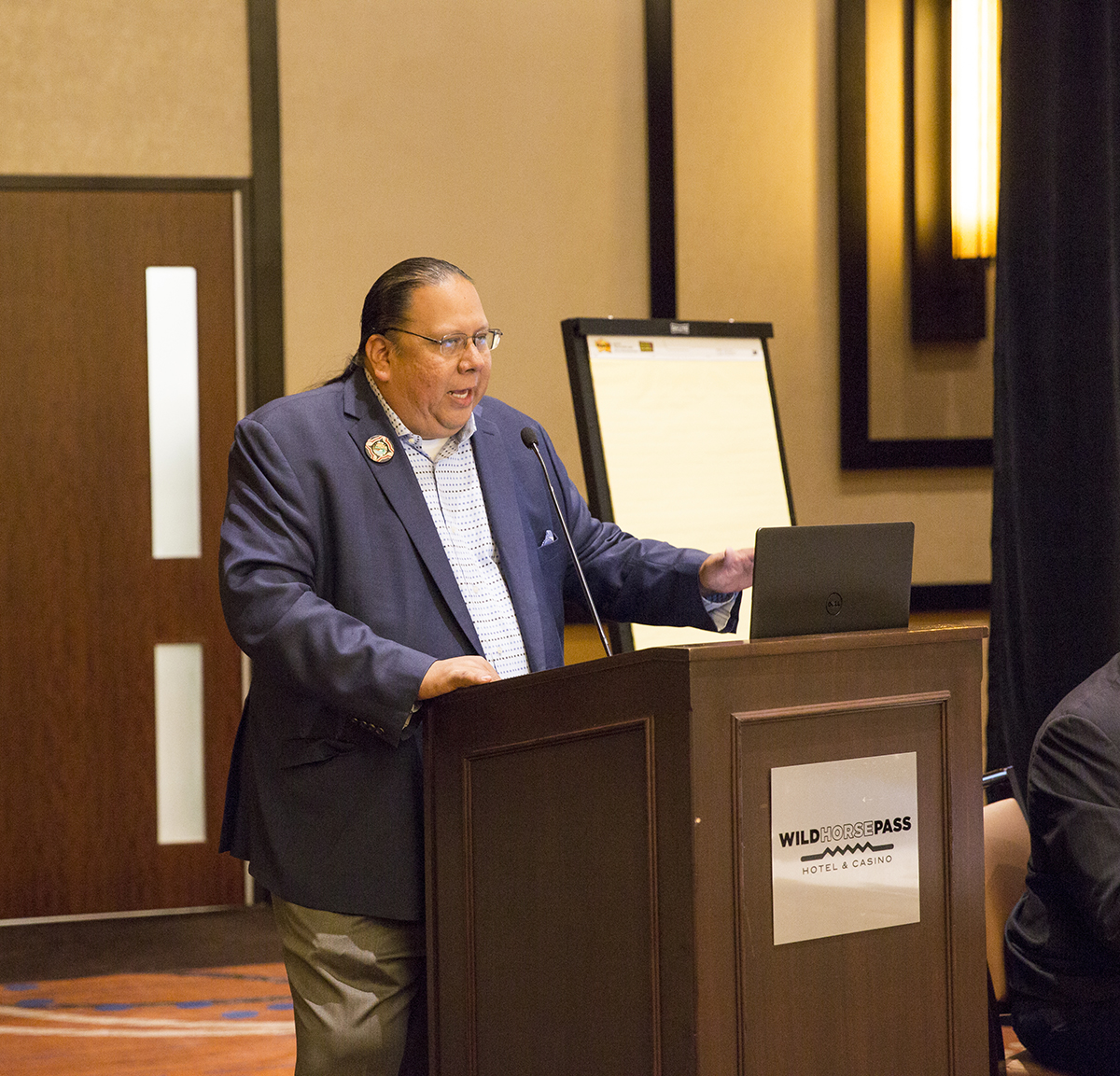 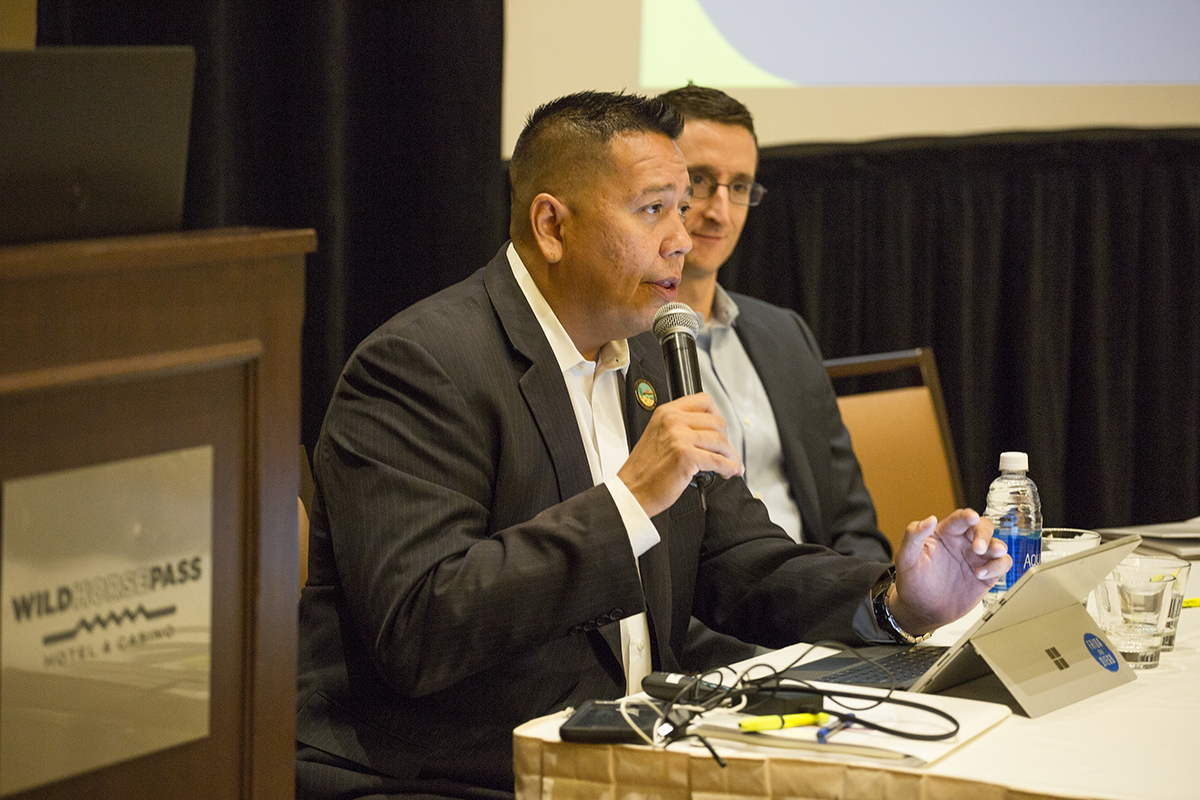