Growing up, Mark Lewis loved mixed martial arts, both watching and participating in fights. But there was something missing – he didn’t see other Native Americans, like him, represented in the sports he enjoyed, especially not on TV.

“I grew up wrestling and boxing, these combat sports, and I never saw any other Natives,” he said. “That was before Google. I couldn’t YouTube anything, and it frustrated me.” Now, the 38-year-old filmmaker is working to change that for others.

Lewis is an award-winning film director, whose work focuses primarily on Native Americans working to improve their health and wellness. His interest in MMA and desire to see Native fighters represented in film led him to create a short documentary earlier this year, called Legacy.

Legacy follows Nikki Lowe (Seminole Creek and Chickasaw), a mother whose two passions in life are her children and becoming an MMA Fighter. The ten-minute documentary describes the challenges Nikki has faced in her life and shows how working on her physical, mental, and emotional health has helped her overcome those challenges.

The film has won awards for Best Native American Directed Short Film at the Phoenix Film Festival and Best Documentary and Best Director in the New Mexico Women In Film Fiesta. Last month, Legacy was featured in the PBS Online Film Festival.

Lewis said, “I wanted to show another journey and the fact that it was a Native single mother holding down a day job, suffering these tragedies, these setbacks, just like everyone else, but still fighting for more, especially on a professional level, really motivated me,” he said. “She’s an inspirational person. Her energy and passion is contagious.”

Lewis worked for years as a free-lance photographer before he decided to turn his attention to filmmaking. He is studying at the Institute of American Indian Arts in Santa Fe, NM, earning a degree in Cinematic Technology. He begins his third year this fall and plans on graduating in 2018.

“Coming back to school as an adult, you have a whole different perspective,” he said. “You’re more focused, you’re more serious, you’re more mature, you know how to apply your life skills, and that’s what I’ve been trying to do so it’s been working out really good.”

He said going back to school was possible because of the GRIC scholarship program.

“As an enrolled member, that was such a blessing for me to be able to just focus on school.” He said, “I’ve just been grinding it out since I got here, just learning everything and anything I can. Not only in school, but doing tutorials on my own time, side projects.”

Sometimes early success can cause a student to leave school and pursue their projects, but Lewis sees value in a formal education and wants to complete his degree despite the success he’s had and the side-projects he is pursuing.

Lewis has produced a number of videos related to fitness and health. One features a cross fit gym that held a Native American Cross Fit competition in Fountain Hills, Ariz.

Another centers on an International Yoga Day event with Hozho Total Wellness, a Navajo-owned yoga studio near Gallup, NM.

Lewis aims to document the stories of what he calls everyday heroes – normal people, Natives, who work hard and improve themselves day by day.

He said, “I know there’s tons of Natives out there that are really active, really physical, and really healthy and I just wanted to get into film and start documenting these journeys of these everyday heroes.”

He said, “They’re not like super stars or anything like that, but they get in, they live a healthy life, they balance family, they balance their culture, and they’re on their own journey. It inspires me when I see other Natives and I want to inspire other Natives. … I’d say my focus, if I had to sum it up in one word, would be resilience – community and individual resilience. Those are the stories that I’m focusing on.”

Lewis has his own inspiring story of resilience and transformation, but you won’t see it on film because he stays behind the camera. Lewis’s own health challenges, and his victory over them, help him relate to the subjects of his films.

“In 2010 I was just really unhealthy inside and out,” he said. At that time, he suffered from depression, back pain, anxiety attacks, high blood pressure, and, after several trips to the E.R., discovered he had a naturally diminished heart size, which was working overtime to sustain his body.

“I was about 290 pounds. … I was really unhealthy, from just my diet to my daily life – I didn’t work out, I wasn’t doing anything at that time.” But, he said, “from then to now has been a huge change.”

In less than two years, he lost over 100 pounds. Eventually he got back into weight lifting and MMA training, and was able to get off all of the medication his doctors prescribed for his various ailments.

“Total, I’m 117 pounds lighter. I only take my heart medication and that’s it. My blood pressure is good, anxiety is gone, everything else is gone.”

While on his own wellness journey, Lewis found inspiration on the HANs page. He said, “I really like websites like HANs because everyone on there, everybody inspires me all the time.”

Lewis recently teamed up with Waylon Pahona, the founder of the Healthy Active Natives (HANs) Facebook group, to do a feature-length documentary about Natives who are healthy and active. Earlier this year he reached out to Pahona to discuss the idea of using film to highlight some everyday heroes. Pahona said he had a similar idea and was just waiting for a filmmaker who shared his vision.

“In January of 2017, I said, I want to make a documentary, I just want to impact lives,” said Pahona. “And the crazy thing is, he had a similar idea. I think the overall goal is to show the struggle that people go through and that you can overcome those struggles.”

He and Lewis want to showcase Native wellness from a holistic perspective, not just the physical side of wellness, but the emotional, psychological and spiritual aspects as well.

In the stories Lewis sees online and pursues with his craft he sees people who have been dealt a difficult hand.

“We have a lot of baggage, a lot of hurt, a lot of things that we’re dealing with,” he said, “and it manifests itself in the physical world in different ways, through depression, maybe substance abuse, sometimes it can be overworking yourself.” But, he said, he loves to see people working to overcome those life challenges, and prefers to tell stories of health as a total wellness endeavor, “not just getting model looks or a six-pack. It’s more than your weight or a number on the scale.”

The documentary is a work in progress and will take some time to complete, said Lewis, because it means traveling to different Native communities at different times of the year.

To support Lewis’s latest project, visit gofundme.com and search for “Healthy Native Lifeways Film.” To view some of Lewis’s other work, visit vimeo.com/foxclanproductions. The award-winning film ‘Legacy’ is available at filmfreeway.com/project/legacy. 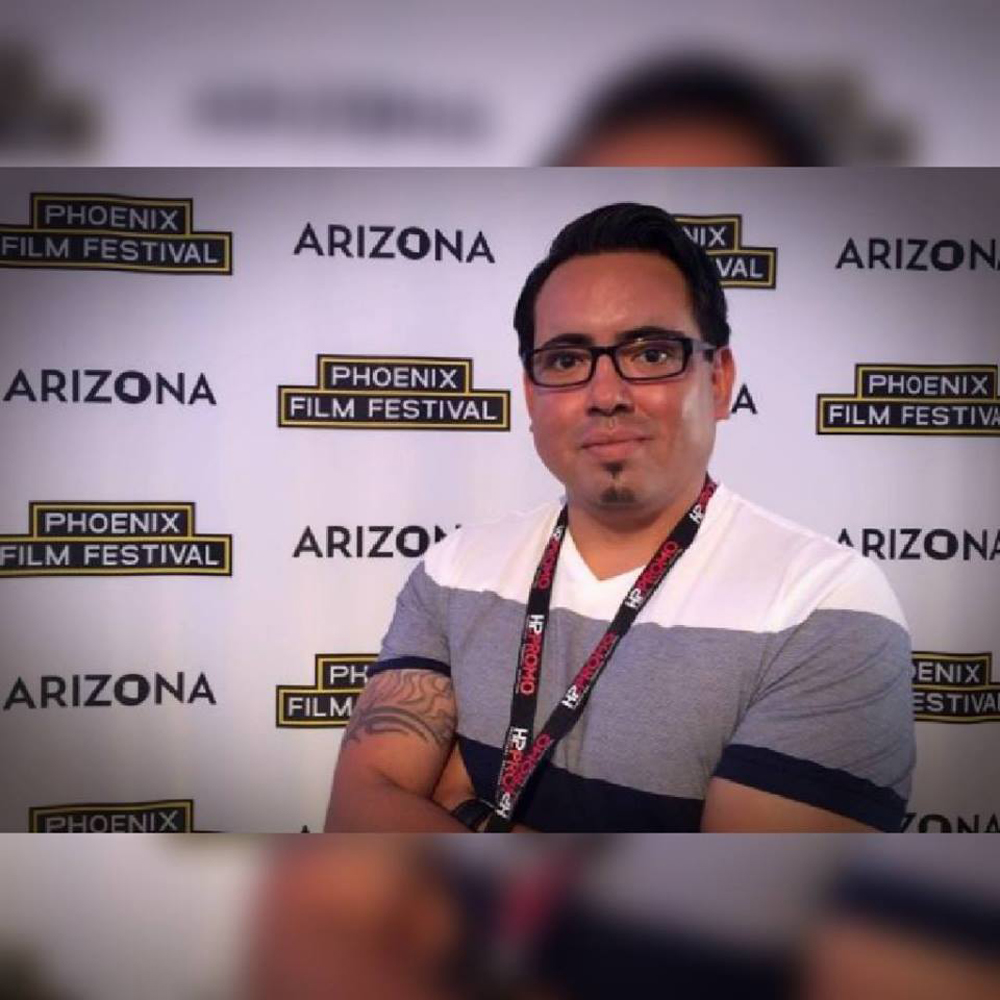 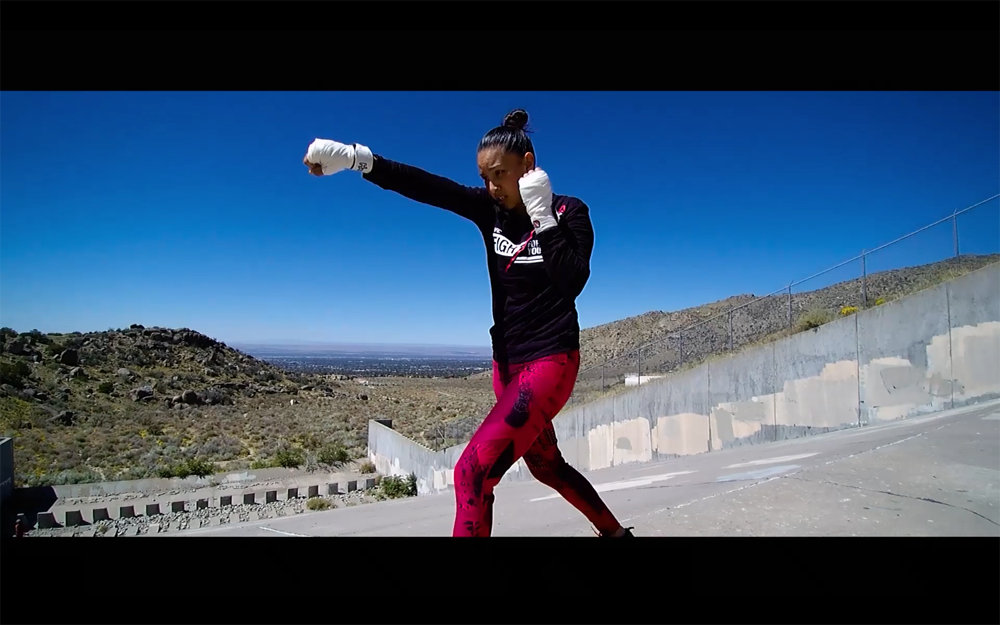