Every community has its heroes, and those heroes fill many occupations, whether they are first responders treating the injured at the scene of an accident, or a middle school teacher educating a classroom full of students, they are the people who keep our homes and schools safe.

In the Gila River Indian Community, one individual in particular, who possesses the qualities of a first responder and an educator, was recently recognized for her dedication to the Community’s youth and good works in local schools.

During an impromptu ceremony, Ester Poolaw, Gila River Police Department School Resource Officer, was recognized for her hard work and presented the Governor’s Employee of the Month (GEM) award by Gov. Stephen Roe Lewis on Nov. 16.

While handing the award plaque to Poolaw, Gov. Lewis said, “Years from now, what will matter is your influence in our Community and the lives you have touched. I know you do so much for our youth, I have seen it first hand, you are very dedicated,” he said.

Poolaw, who has been a GRPD officer for over nine years and an SRO for seven of those years, said she was shocked and humbled to receive the award.

“In March, I will (have worked) ten years here,” she said. “I love it. I feel part of the Community and I love what I do, working in the schools, teaching our youth how to avoid getting in gangs, the drug scene, the violence that goes on, and just helping them.”

“Thank you for giving me the opportunity to teach your children, because I believe they are the future,” she said.

According to Gary Anderson, in his letter of support of Poolaw as a candidate for November’s GEM award, said as an SRO she serves three schools and around 800 students in the Community, and he could not think of a candidate more deserving of the award.

In Anderson’s letter, he wrote, “I first met Officer Poolaw last year while hosting ‘Run for the Fallen’…at St. Peter Indian Mission (School). I noticed Officer Poolaw walking a one-mile course for the ‘Fallen’ with the students from St. Peter’s. To see her interact with the children and more importantly the children interacting with her, was a breath of fresh air. To see her participating and walking on the track in full uniform, protective vest and equipment in the hot sun was truly impressive…It is not often that you see these qualities of compassion, and concern while truly caring for our child(ren).”

His letter continued, “Her ability to listen, communicate, and understand the needs of the children is uncanny. Their trust in her is humbling…I am deeply grateful for her service and commitment to our Community’s most natural and important resource, our children.”

One example of Poolaw’s commitment to the Community’s youth is when she volunteered to chaperone students during their trip to the NASA Robotics and Aviation Camp located in Huntsville, Alabama last July. Just before heading off to camp, while students packed their bags onto the charter bus, Poolaw arrived wearing crutches.

On July 5, while on vacation with her husband in Oklahoma, Poolaw tore her hamstring completely off the bone while jogging. Later that month, Poolaw had surgery, which involved drilling into her pelvis.

Working through the pain of a serious injury, Poolaw chaperoned the Community students for several days, allowing them a once-in-a-lifetime opportunity to participate in the prestigious space camp.

When Poolaw is off duty and not volunteering her free time chaperoning students, participating in a variety of afterschool programs, or school sports activities, she can be found reading a book or hiking one of her favorite trails.

So, next time you see Poolaw, ask her how her hamstring injury is healing, and what new book she is reading this week. 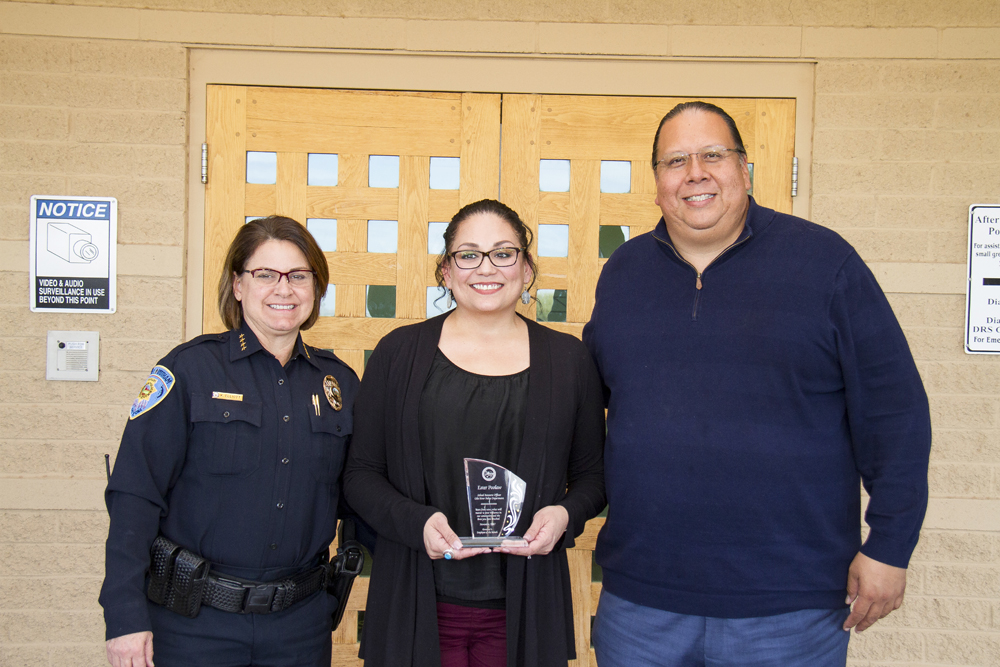 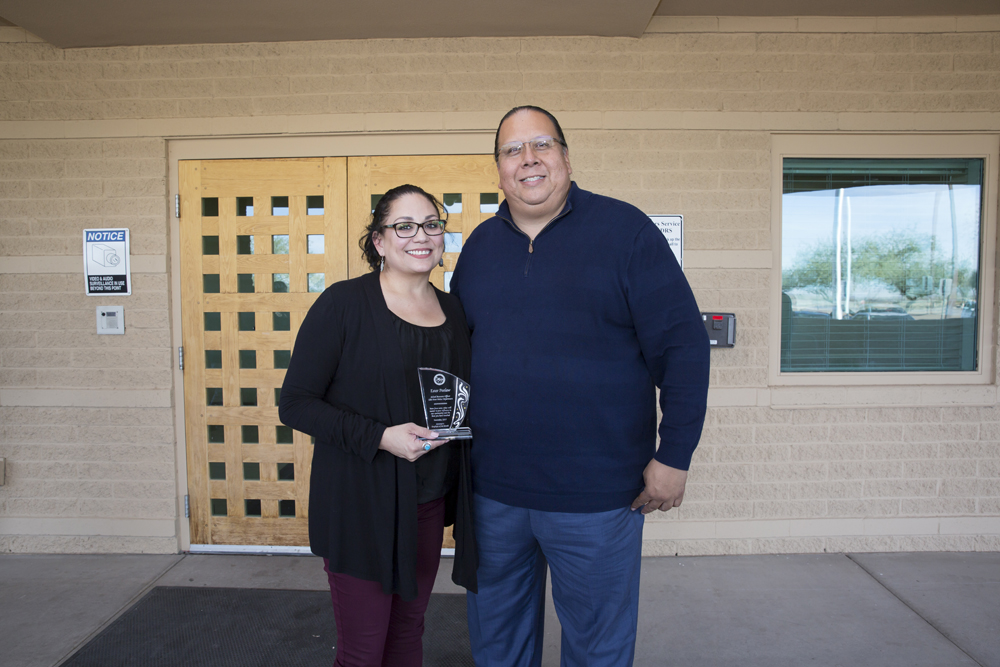