Just days ahead of the anniversary that marked our nation’s entry into World War II,  U.S. President Franklin D. Roosevelt said it was, “A date which will live in infamy.”

The flag on the USS Arizona, a symbol of the freedoms that Community members and their brothers and sisters in arms across the nation have fought to preserve, was on display in the Community.

The Pearl Harbor memorial flag started its day at the District 1 Multipurpose Building, traveling to District 2 and ending its journey at the Governance Center in District 3.

There, the flag was placed in the lobby for visitors to see and hear of the history of that eventful day on December 7, 1941, when Japanese naval aircraft attacked the U.S. Naval base at Pearl Harbor on the island of Honolulu, Hawaii.

Over 2,400 Americans would be killed in the surprise attack, which included 1,000 civilians.

Gov. Stephen Roe Lewis greeted veterans from various groups and spoke about the history of Community members, who fought in World War II.

Lewis said, “To bring the USS Arizona Pearl Harbor remembrance flag [here] and all that was done to coordinate this highest honor, just confirms that we recognize all of our veterans and those that made the ultimate sacrifice, including those that are continuing to honor our tradition  of military service.

“It is one of the most significant parts of history and is an example of a conflict where so many of our Community veterans fought and gave their lives. We are fortunate to have those members, who have made a solemn commitment to protect our Community and nation,” said Lewis.

Through a series of meetings about how to bring the remembrance flag to the Community, HHC Director Shirley Jackson said the veterans and American Legion posts helped make the flag’s journey through the Community possible.

“Originally we were approached by the Salt River Pima-Maricopa Indian Community Huhugam Ki Museum representative Thomas Jackson about the idea of bringing the remembrance flag here to the Community” said Jackson.

HHC held planning meetings to ensure the flag was on display in each district for those not able to attend the flag breathing ceremony on Dec. 6.

Jackson said HHC Museum Technician I Donald Sabori and Darrell Whitman, who serves as the HHC Liaison to the veteran’s population, reached out to veterans for assistance. 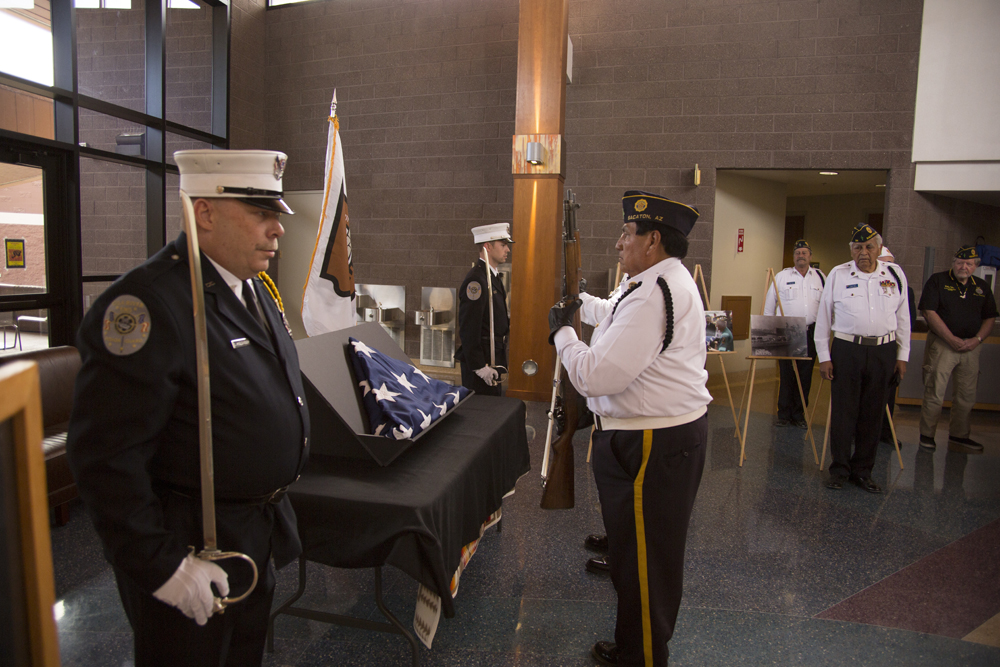 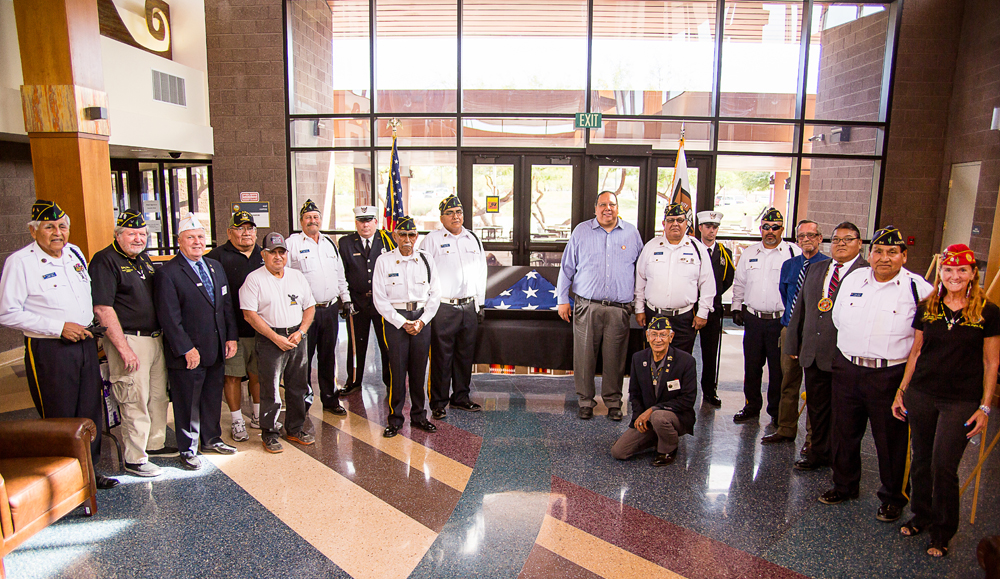