Fire crews from the Bureau of Indian Affairs Pima Agency and the Gila River Fire Department extinguished a suspicious field fire located in District 1 on Dec. 1. The fire, which was named the Quail Fire, burnt 38-acres of a field filled with grass and weeds just off of Quail Road before crews were able to extinguish the blaze. The fire caused no injuries or structural damage and is currently under investigation.

Alan Sinclair Jr., BIA Pima Agency Fire Management Officer, said his crew was already in District 1 assisting a local farmer properly burn his fields when they received a call from GRFD asking if the fire in District 1 was a part of their planned burn.

“We saw the smoke coming up and I thought it was another farmer that had pulled a (burn) permit,” said Sinclair. “(GRFD) called me and said they had another field on fire and asked if it was one of ours and it wasn’t. (GRFD) showed up, everybody was there. It was just serendipitous that we were in the Community at that time,” he said.

Both crews quickly went to work, with GRFD making sure nearby structures were protected and the BIA Pima Agency performed a back burn to keep the fire from advancing.

“(The fire) was moving towards some homes at the northeast corner of the field,” said Sinclair.

The Pima Agency crew then performed a back burn where they created a second fire between the main fire and a road that separated the field from the homes. The second fire was drawn to the main fire burning all the vegetation in between. When the two fires met, they burnt themselves out.

“You send a wall of flame towards another wall of flame, they collide and go out because there is no more fuel,” Sinclair said. “The fuel the fire is feeding off of is burnt, it’s gone, there is nothing for the fire to consume anymore and that is what happened.”

GRFD Fire Chief Thomas Knapp, said his crews brought out their brush trucks and fire engines and made sure nearby structures were out of harm’s way.

“There was obviously concern and the crews handled it very well and kept it from spreading to nearby homes and properties,” Knapp said.

With cooling temperatures, dryer climate, and higher winds, fires are more likely to occur, and with a recent GRIC red flag warning issued last weekend, both Knapp and Sinclair are urging Community members to get a burn permit from the Department of Environmental Quality before attempting any type of controlled burn or even lighting ceremonial fires.

“It is just knowing where (fires) are so we don’t interrupt the ceremony, but it gives us the opportunity to provide some preventative measures for these controlled burns,” he said.

It is important to have the proper tools on hand to control a fire, to have a water source, and pay attention to appropriate burning times and wind speeds, he said.

“A burn permit has all of these things lined out and actually has you (call the non-emergency GRIC Dispatch) the day of the burn to see if it is OK to burn. Our concern is going to be that the fire’s embers will get picked up and blown around, starting an additional fire,” he said.

DEQ’s website, www.gricdeq.org, has a link to a burn permit application and provides many more rules and guidelines as to what is required to perform a burn, and what materials are forbidden to be burned. The application can be submitted online or filled out at their office. You can find the link to the application at the top of their main page under “Forms.” 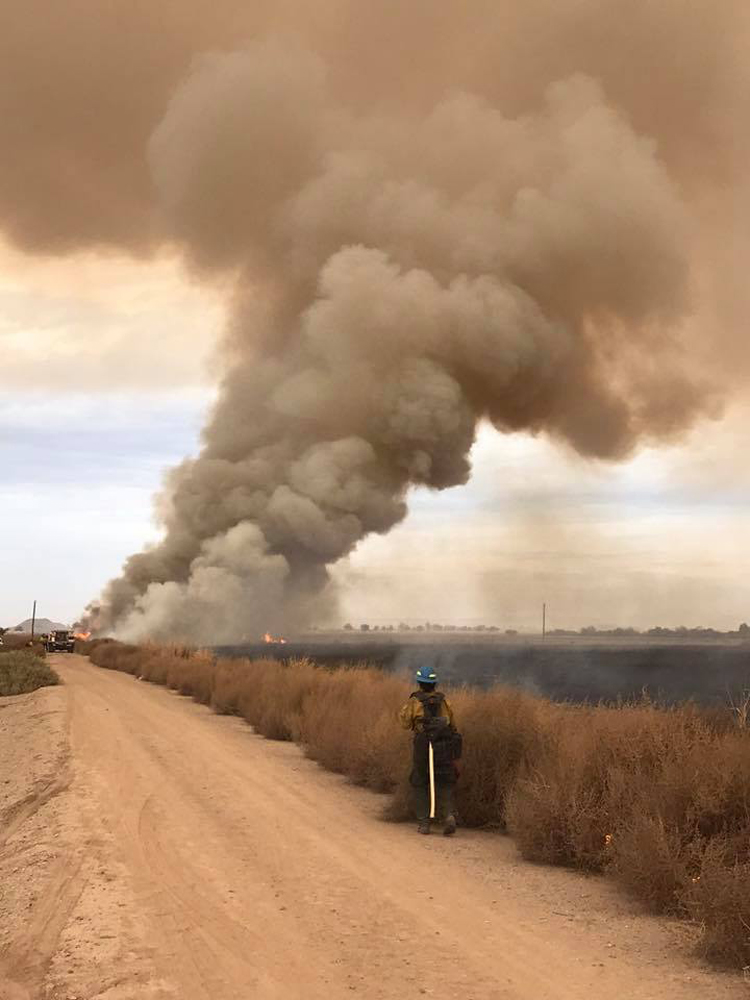 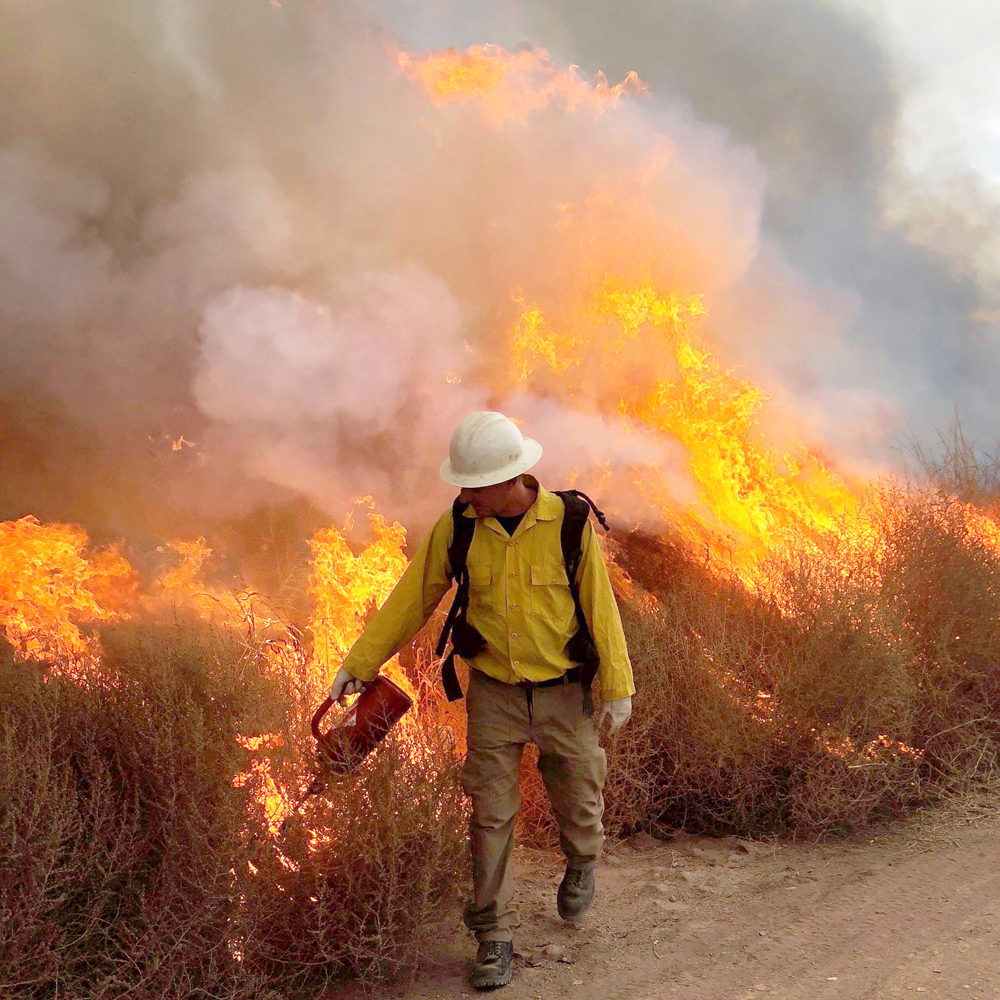