The theme of this year’s conference, “Innovating and Reshaping the Borders of Indian Country CLE Conference,” is about bringing broadband Internet to rural tribal communities throughout the U.S.

Lewis used the Community’s Gila River Telecommunications, Inc., as an example of how a tribally operated business can bring broadband services to its member’s homes.

He said it took 25 years for GRTI to become an “overnight success,” because there were so many steps to go through to get where they are today.

Lewis said establishing partnerships with the federal government is crucial to establishing a telecommunications business and that funding is also a major contributor as well.

He pointed out that having access to reliable broadband is an essential utility that is as important as having water and electricity, because many of the Community’s entities and members rely on it for their day-to-day transactions.

One of the panelists, Lael Echo-Hawk, a member of the Pawnee Nation of Oklahoma and Of Counsel for Hobbs, Straus, Dean & Walker, LLP, was emphatic about the need for broadband across Indian Country.

“It is incumbent upon tribes and [their] leadership to begin to develop a true foundation of being apart of a global society,” said Echo-Hawk.

A global society that she said rests on having a robust telecommunications and broadband network to allow tribes to improve access to education and business commerce.

Across Indian Country there are nine tribally run telecommunications companies, which is an astounding figure, given that many rural tribes rely on it to connect with the outside world.

Echo-Hawk said, the real issues that impact tribes is not having the foundation or building blocks needed to bring broadband into their community.

How can tribes overcome the lack of broadband infrastructure?

Echo-Hawk said that tribes will need to take it upon themselves to partner up with network carriers, if the infrastructure is not available.

Federal agencies like the Federal Communications Committees’ Office of Native American Programs have been instrumental in getting tribal telecommunications businesses off the ground.

Lewis supported the idea of advocating for access to broadband services through the National Tribal Telecom Association, which is an organization meant to help tribes pursue a telecommunications entity in their community.

Lewis and Echo-Hawk both agreed, that in order to get things in motion, tribes will need to advocate at the federal level with the FCC and possibly other agencies to obtain loans to start their telecommunications business.

He said, “It’s a cooperative partnership both internally and externally of tribal governments to gain access to broadband services.”

More importantly the telecommunications industry can bring jobs to tribes, which has proven to be the case with GRTI and it’s subsidiary, Native Technology Solutions.

Lewis said it can be a challenging experience that can be alleviated through networking with tribes that have gone through the process before to gain as much knowledge about the issues related to the lack of a broadband service. 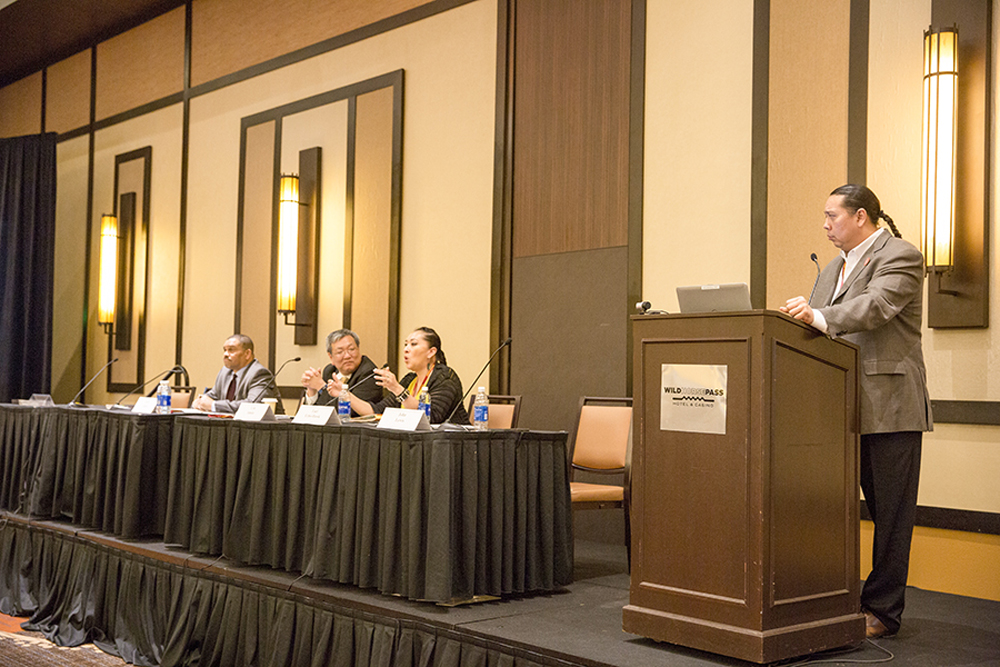 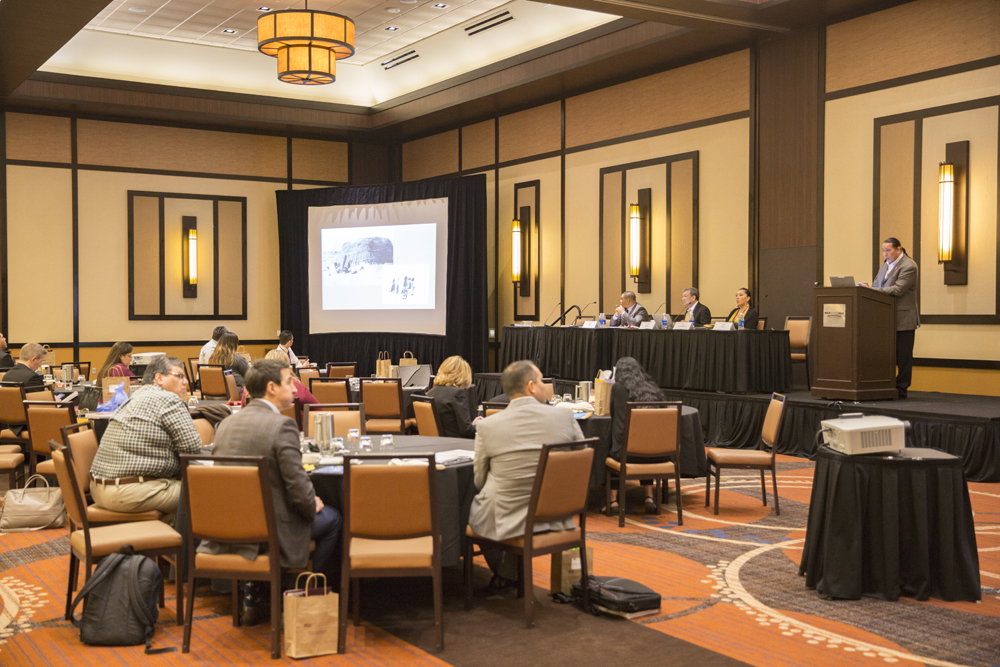 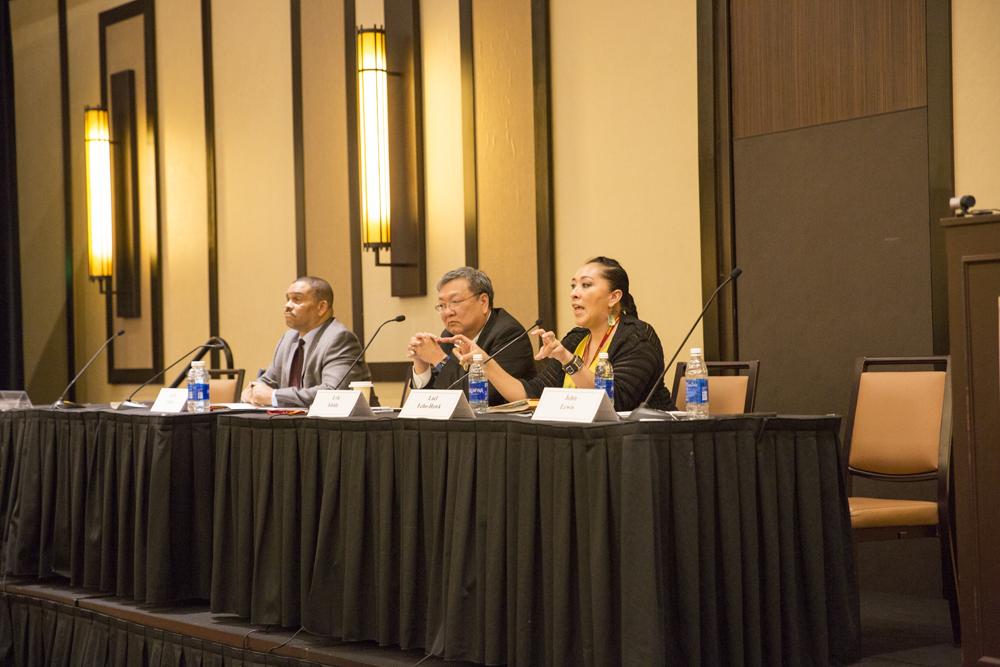