During the first Community Council meeting of the month, Kenneth Manuel was introduced as the new CEO of Gila River Gaming Enterprises on Feb. 1.

It is the first time a Community member has been selected to head up the GRGE Enterprises’ casino operations, which is a major source of revenue for GRIC.

Gov. Stephen Roe Lewis and Lt. Gov. Monica Antone expressed their words of encouragement and admiration for the new CEO, who is from District 4.

Gov. Lewis lauded the Interim Oversight and Planning Committee for selecting Manuel for the position of CEO.

He said it is a clear demonstration of the Community’s ability to cultivate individuals who look to pursue leadership positions.

Antone said that the Community can be assured that Manuel can continue to move the gaming enterprises forward in these critical times.

Manuel said, “There have been many that have contributed to my success, starting with my parents who are [here] today and [this] Community.”

The press release said Manuel has spent 22 years working for the enterprise in various leadership positions that began in 1994 working as a slot manager.

He said, “We have so many individuals who have contributed to our success and it is not only a great day for me, but for them as well, because it is from them that I draw my strength and courage to do what I do on a daily basis.”

A few of his recent accolades include being part of the ever-growing expansion of GRGE properties and projects like the renovation of the Lone Butte Casino in 2015 and the Vee Quiva Hotel & Casino, which was completed in 2013, said the press release.

“We succeed together, not just the folks in this room, but all of the 2,500 plus team members back at the Enterprise and all of the supporting team members that contribute on a day-to-day basis to our success,” said Manuel.

According to the press release Manuel participated in the Executive Development Program at the University of Nevada at Reno that includes receiving certification from Cornell University’s General Managers Program and a Bachelor’s of Science in Management degree from the University of Phoenix.

In show of appreciation for continued support of tribal leadership, both past and present, Manuel said that there were many mentors that contributed to this professional development.

Many tribal council members welcomed Manuel on board, some of them offering a few words of encouragement.

Afterwards Manuel’s father, Kenneth Manuel Sr., spoke on behalf of the family, thanking the Community and GRGE for selecting their son to the distinguished position.

His speech titled “The Beginning of Day One,” characterized his son as a motivated individual that committed himself to learning and building his knowledge of the gaming industry through the opportunities that have come to him.

He said the GRGE has come a long way from its humble beginnings to what it has become today and to see their son grow with it is especially gratifying. 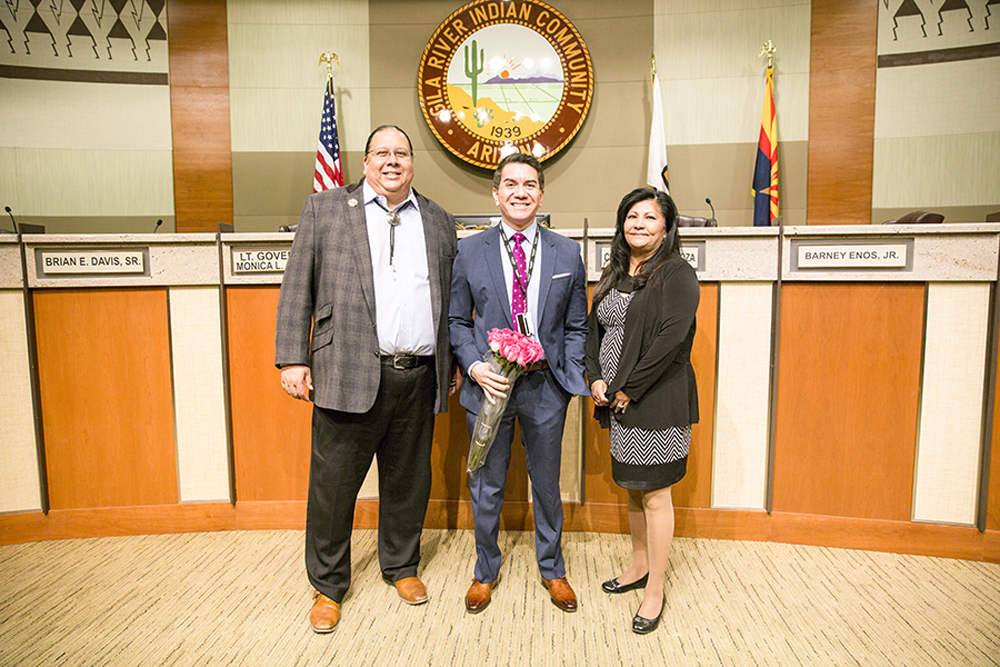 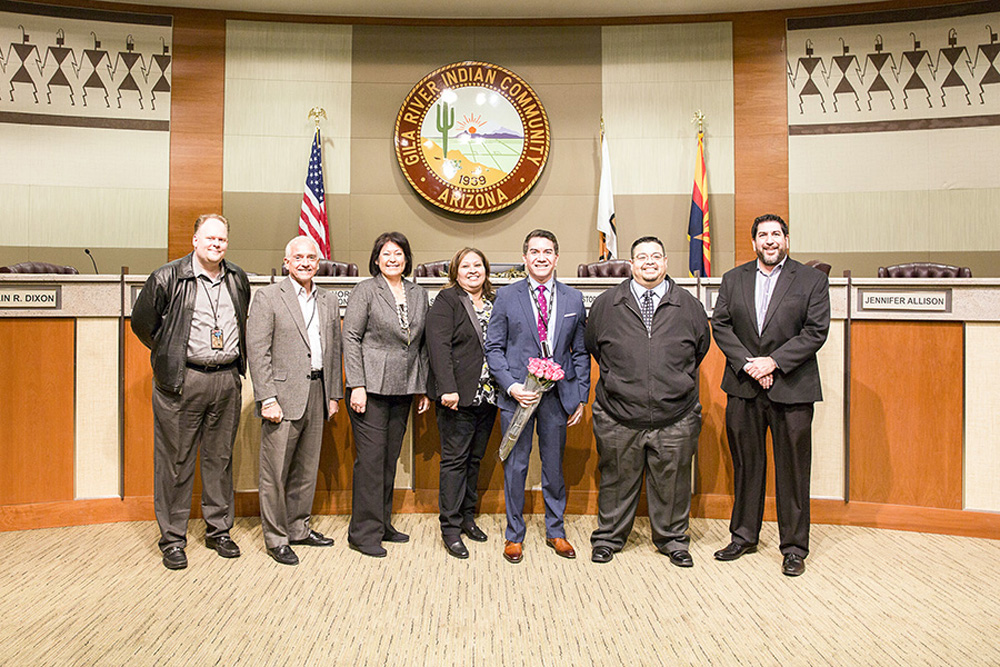