GRIN Articles > Talking About the Weather in O’odham

Talking About the Weather in O’odham

These next few months mark the beginning of the transition from the cold months of winter into the approaching heat of summer.

It is the time of year when we see the most variation in our weather and where it is not uncommon to go from sunshine and warmth one day to clouds and wet weather the next.

Before heading outside, it is useful always to ask someone to check what the weather is like. One way to do this in O’otham is by using the phrase “Sha: ‘i chu’ig jek’keḍ?” which translates into English as “What is it like outside?” Knowing how much the weather changes this time of year, there is a whole list of possible replies including the following:

But let’s say that we wanted to answer the question by saying the weather is really strong in some aspect (really cold, really raining, really warm). We can do this in O’otham by using the word i:vo at the beginning of the statement.

The word i:vo (which is pronounced hi:vo by some speakers depending on dialect) works like the words “very” or “really” in English in that it gives emphasis to the action expressed by the verb.

Once i:vo is placed at the front of the sentence it automatically requires the auxiliary ‘o to follow it as the second word in the phrase. In normal conversation this auxiliary ‘o does not get emphasized and is dropped out of the statement by most speakers which results in the following:

“Snow is really falling (outside).

“Hail is really falling (outside).

Finally, if you wanted to ask a specific question regarding the weather outside, you can ask a simple yes/no question utilizing the original statements from above.

Now you have a number of different ways to talk about the weather with your friends and family.

Try using these statements and questions with one another to ask each other “Sha: ‘i chu’ig jek’keḍ?” You can see how much you know now by completing this month’s language puzzle. 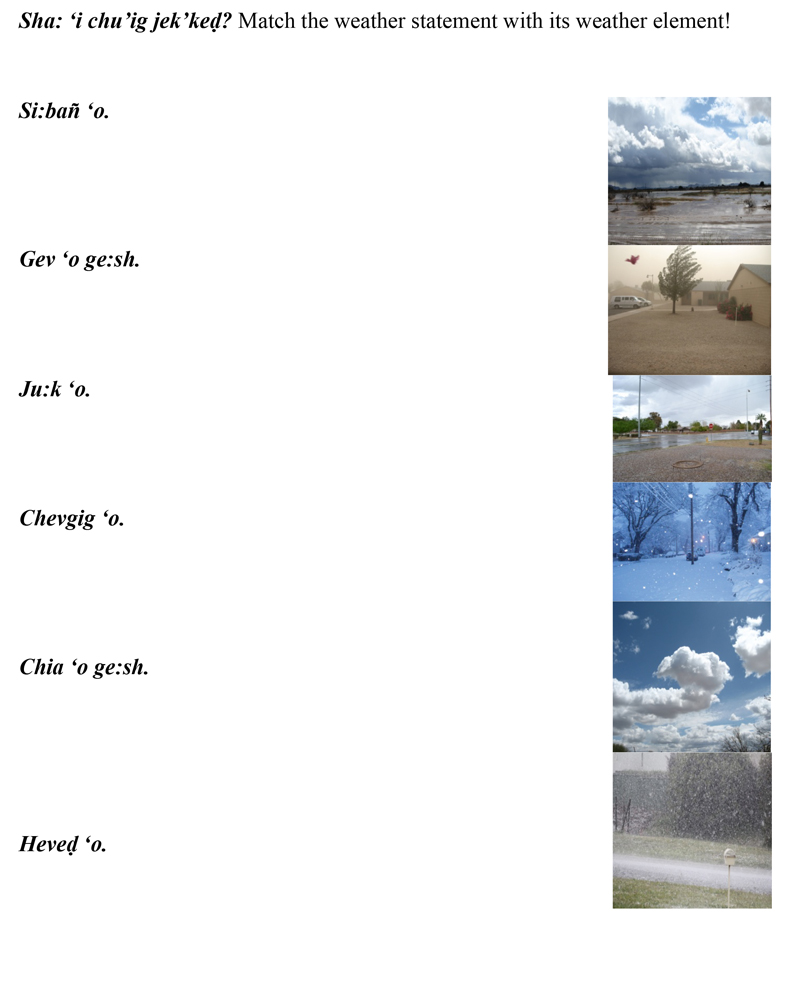 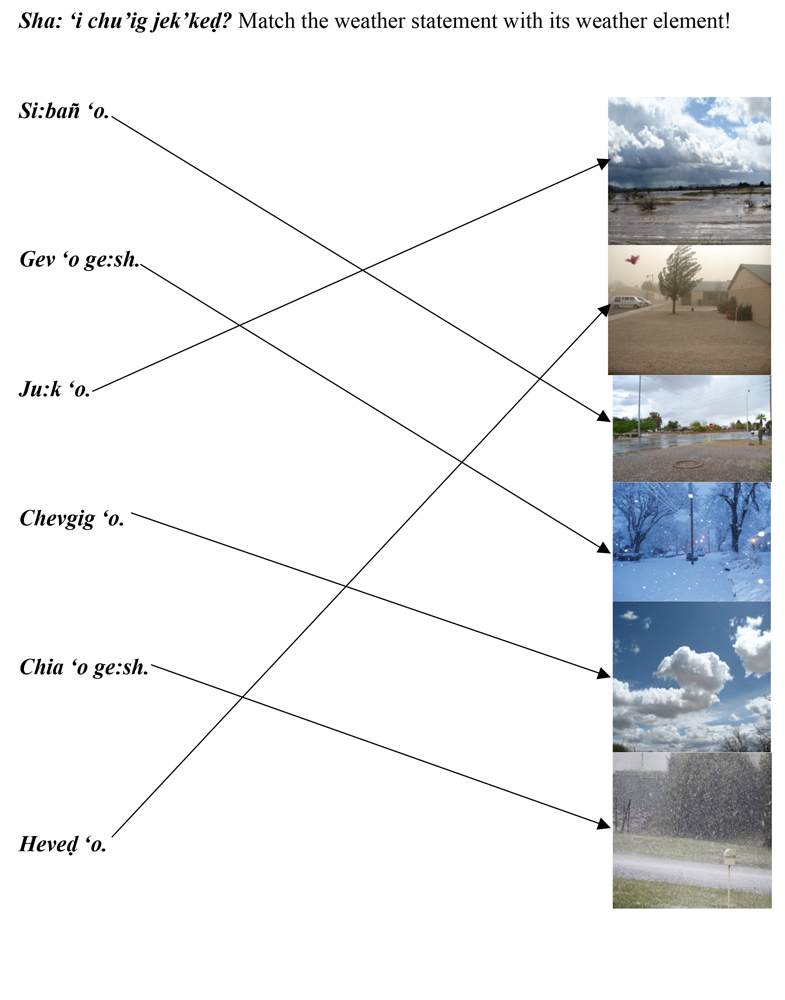