“In the criminal justice system, the people are represented by two separate yet equally important groups; the police, who investigate crime; and the district attorneys, who prosecute the offenders. These are their stories.”

We’ve all heard this opening line to one of television’s longest running legal series, Law & Order, and while it is partly right, it’s missing one key component of the justice system, its public defenders.

It’s not just the police and district attorneys who represent the people, it is the public defenders that stand up for and protect the interests of the common man against a criminal justice system that possesses an immense amount of power.

Each of the attorneys who participated in the program, lauded the organization for pushing a curriculum that focuses on a client-centered approach, all-the-while humanizing them in a courtroom setting.

“The core of it is teaching you how to be a better public defender and a better advocate on behalf of your client,” said Peacock. “What Gideon’s does best is they teach humanity and compassion. They teach you how to bring your clients story into the criminal justice system.”

Peacock said that many training programs focus on the technicalities of the criminal justice system, like introducing evidence and conducting cross-examinations. However, the GP’s training program takes it a step further by training attorneys to create a more client-centered relationship.

“Your client usually has no voice,” said Peacock. “[By] not telling their story, the prosecutor, the judge, they are only getting half of it. Gideon’s teaches if you can convey your client’s story and background, you may end up with a better result in the end.”

Humanizing their clients is a way to get better results in the courtroom, and the three recent GP graduates agree, if they perform better for their clients the Community will also benefit.

“It’s not just being a better public defender,” said Carreras. “It’s really being a better attorney for the Community.” The DSO has a walk-in policy, said Carreras, where if someone has an issue they can come in and receive the benefits of having an attorney that is not only knowledgeable about the legal system, but also has a client-centered approach.

“One thing that we learned from Gideon’s is that you are never judged on your worst day, no one is ever judged by that” but people taken to court are judged that way, Carreras said.

“No matter what situation you are in, no matter what you are accused of, according to [the court case Gideon’s vs. Wainwright], according to the [U.S. Constitution], you deserve to have somebody by your side, speaking your voice,” he said.

DSO attorney Landon, said that in today’s justice system many criminal defendants can be viewed as just another number being processed and that GP teaches them to remind the prosecutors, the judges, the juries, to remember that they are dealing with real people.

“It is really easy [to believe someone is guilty] especially when that person is wearing chains and in a line of 20 other people wearing orange. It is easy to fall into the trap of viewing them as a number,” Landon said.

“[GP] reminds us that regardless of how over worked you may be, you have to remind the court and everybody else involved that this is a person and they have a mom, a dad, children, [go to] school, work any number of other things other than this horrible thing they are being accused of at [that] moment.”

DSO Director Claude Jackson, who attended the attorneys’ graduation in Atlanta and took part in the program’s leadership summit, said that the whole point of sending GRIC DSO attorneys to GP is to not just help get Community members better judgments, but to actually help them move forward in their lives.

Jackson said that they could approach the situation by coming to a client with a plea offer, get them a reduced sentence and feel the job has been done well. However, that doesn’t fix the initial problem of their client committing the crime, it only punishes them.

He said, “Knowing this person doesn’t have any job prospects, has limited education, comes from a family that maybe has been abusive; Have I done anything to set this person up? Has the Community done anything after their jail sentence? Their probation?”

“If [someone] says they need help, they need help with drugs or mental health, then we can make a phone call,” said Jackson. “I can call someone and say ‘Hey, can this person get into [a] program, they are 24-years-old, they are lost, they want help, how can we help them.’”

“That is what we do,” said Jackson. 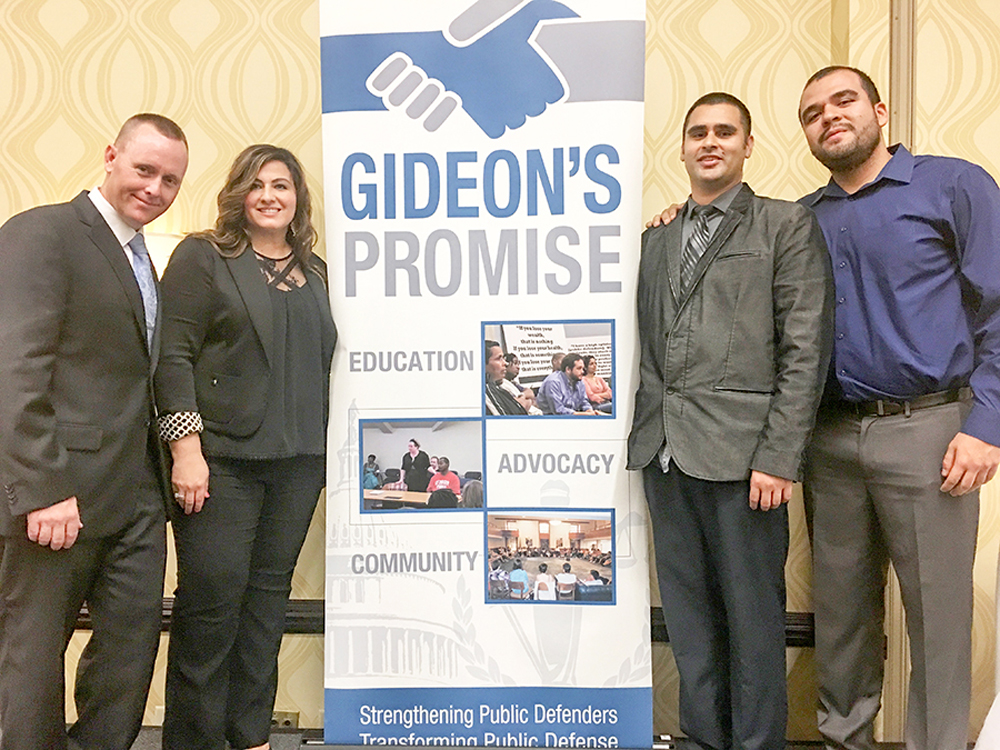