Two Gila River Indian Community members, who spent a combined 52 years serving the Community through their work with the tribal government, said goodbye to their friends and co-workers, Feb. 10, during a retirement celebration held at the GRIC Judicial Center.

Kelvin “Casey” Bilagody, of District 6, and Robert Luna, of District 2, both received gifts from Gov. Stephen Roe Lewis and Lt. Gov. Monica Antone, who stopped by the Justice Center to congratulate the two retirees.

Bilagody, who most recently served as Chief Probation Officer for the Probation Department, said that he worked for the Community for almost 28 years.

“It’s been awesome, it seems like it went so fast,” said Bilagody. “I treasure working for the Community and serving my Community members the best way I can.”

Now that he will be leaving the workforce and entering retirement he still plans on staying busy with travel, family and his love of silversmithing.

“I plan to do some traveling, spend some time with my grand kids and working on my hobby, silversmithing,” he said.

“I always had in the back of my mind that I wanted to spend some time in Albuquerque,” he said. “Because I like the area…and [the] climate.”

Bilagody added that his hobby of silversmithing began in the mid 1970’s during his high school days and that he enjoys creating designs and jewelry that make people happy.

Bilagody’s parting words of advice to current GRIC employees are to “enjoy what you do, go to work everyday and enjoy your coworkers and just treat people the way you want to be treated,” he said.

For the past 25 years, Robert Luna, who worked as a Court Clerk for the GRIC Justice Center, said that his time working for Community has been a joy.

“It’s been a life experience, a learning experience,” said Luna. “It has been a joy to serve my Community members… to be here and assist the customers that come here to the Judicial Center.”

He said that his time working with the Community first began in 1991, when he entered a GRIC Employment and Training program, which led him to working for the City of Phoenix, and eventually back to Gila River to work as a file clerk and receptionist.

Luna said that when he first began working for the tribe, he was used to replace a phone-recording machine.

“Back then, during the lunch hour from noon to 1 p.m., there was a recording system that answered the phones when Community members called the Tribal Administration Office. I was hired and replaced the recording machine,” he laughed.

Luna’s plans for retirement are travel and family. He said that he will be busy taking care of and helping out his family, and when he has time, he plans to travel to Washington to visit his brother and eventually make the trip to the East Coast for a visit to Niagara Falls.

The two retirees were honored and celebrated in one of the Justice Center’s courtrooms where coworkers and friends gave personal anecdotes on how Luna and Bilagody each had an effect on their lives and professional careers.

GRIC Judge Dallas De Lowe, talked about how he knew each of the men had God in their lives and that the Creator would bless them on their new path. He then sang several O’otham songs to the retirees.

Before parting for a BBQ lunch and refreshments, Luna ended the gathering with a few words of advice for his work colleagues.

“You are an awesome workforce and what you do for the Community is tremendous, always remember the people we serve and smile,” he said. “To all of you, thank you for being a part of my second family and God bless you.” 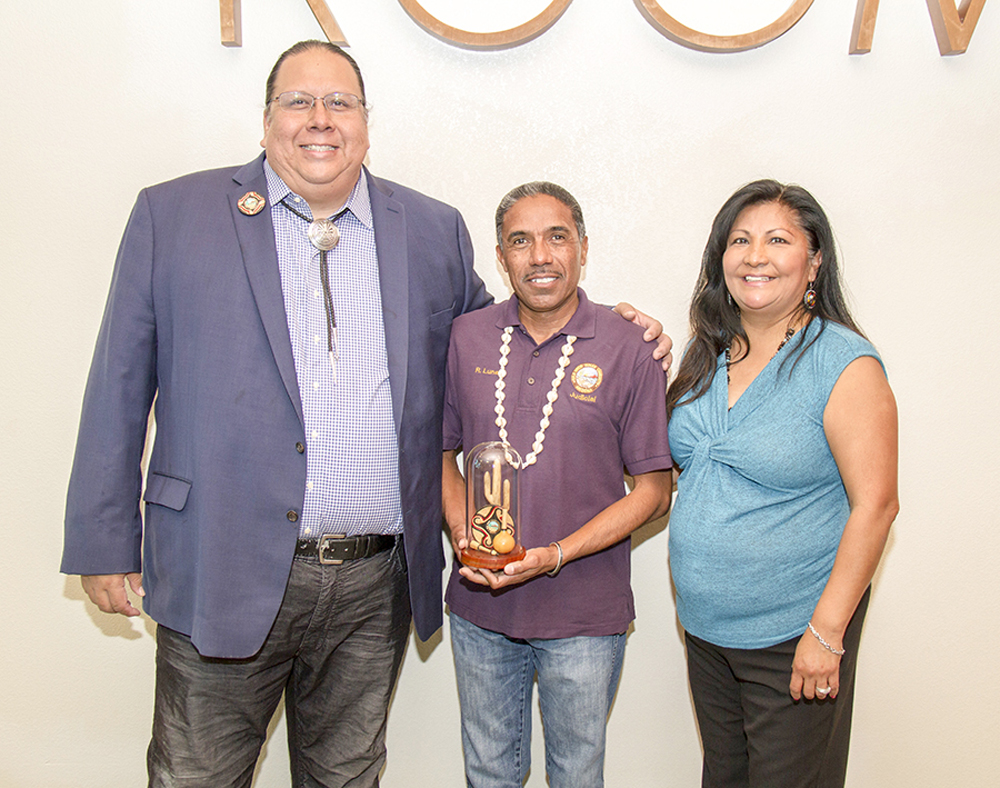 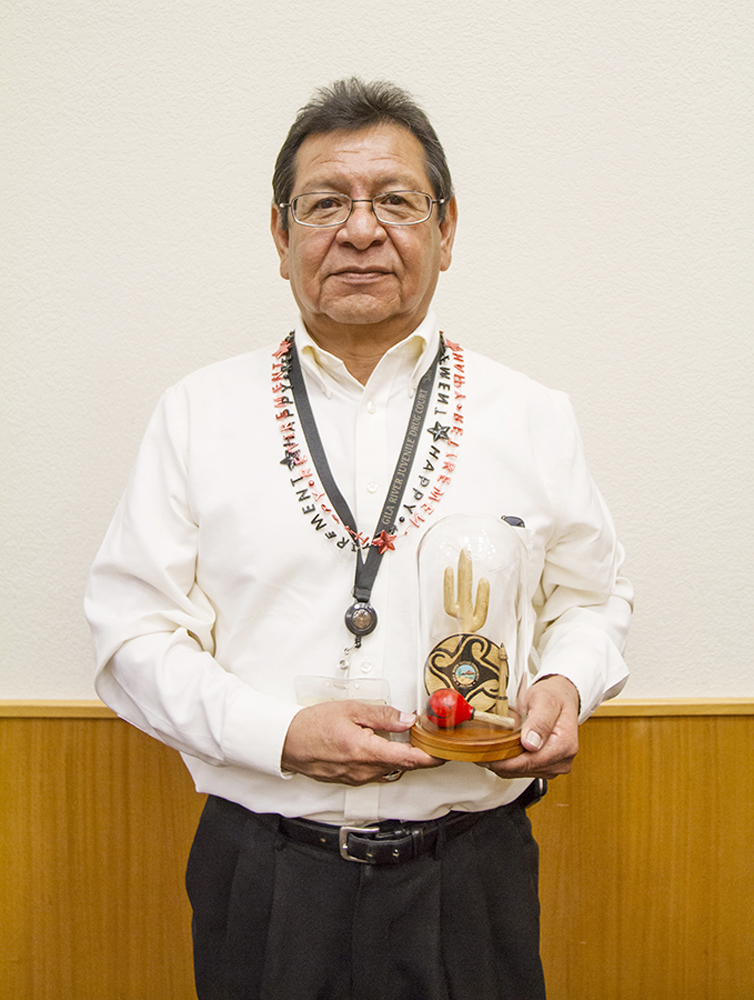