Farmers and ranchers took a break from working the land to learn more about agriculture at the Southwest Indian Agricultural Association’s annual conference held Jan. 17-19 at the Aquarius Casino Resort in Laughlin, Nev.

“The main objective is to promote education to Native American ranchers on agriculture and natural resources,” said SWIAA President Homer Marks Sr., “and to try to advocate for Native American farmers and ranchers.”

The conference invited speakers from a diversity of backgrounds so guests could learn about a variety of topics related to agriculture.

It included presentations on the STAR School in northern Arizona, which teaches both modern and traditional methods of farming to Navajo youth, a discussion on the impact of global climate change on fruit trees, federal agriculture insurance programs, record-keeping, rainwater harvesting, livestock production, and bringing 4-H Programs to Indian Country.

Gila River Indian Community Lt. Gov. Monica Antone was impressed with the variety of science and technical presentations at SWIAA. She said Gila River will continue to be a proponent of agricultural innovation in the future, and she would like to see a 4-H Program in the Community.

“Definitely there are talented youth in our Community,” she said. “One of the greatest thing’s I’ve seen in the presenters [at SWIAA] is every one of them has talked about youth. If we don’t educate the youth and we don’t get them in tune with agriculture, farming, livestock, then we’re missing the boat.”

One youth already on the boat and sailing away is Enrique Holguin.

“My experience with agriculture? I don’t have a lot yet,” he said. “I grew up in the city, but recently I’ve been trying [to learn], and it’s not really hard.”

The Chandler High School junior originally wanted to be a computer programmer, but after discovering the science that goes into agriculture at a conference a couple years ago, he became enthralled.

“I figured we needed it and it was cool to study, you know. And then after that I got into FFA,” he said.

Holguin, who is originally from District 5, is taking agriculture science classes at Chandler High. He is aiming to study agri-business at the University of Arizona after he graduates in 2018. For now, he’s learning all he can and using every tool at his disposal.

“You just go on the internet, look up a couple things, learn how to do it, and if you get stuck, the internet’s always there,” he said. “Or you have your other resources. I go to the [District 5] Ag Committee sometimes if I need the help or ask questions here and there. I’m still in the learning process, but it’s not rocket science.”

Holguin appreciates the cultural connection the O’otham have with agriculture and his homeland. He has started a garden at the Casa Blanca Community School and is looking for opportunities to plant more gardens in his community in the future.

Ramona Farms, run by Terry and Ramona Button in Gila River, presented at SWIAA. They talked about the value growing traditional crops to bring back heritage foods, and acquiring U.S. Department of Agriculture Organic certification.

“It is an exciting time right now for Native peoples because we’re starting to turn our health around,” said Velvet Button, daughter of Terry and Ramona.

“My mom has been feeding us healthy, pure, natural foods our whole lives,” said Velvet. She said eating healthful foods is becoming popular across the country. “People finally care what we’re putting in our bodies. And there’s a lot of awareness through our healthcare community on obesity, diabetes, heart disease. … They could have been prevented if we just never went off of our traditional way of eating, which is respecting and knowing where your food comes from.”

“We’re people, and people are innovative. … I take our traditional foods and put them on today’s table using the foods that we have available to us now,” she said. “We have all this accessibility.

Why should we [say], ‘Okay, you only cook beans in a pot with water.’ What that does, I think, is it takes the imagination, it takes the life out of your food. Changing it up, adding a little of this or that…it has given that food new life.”

Nieto is the Agricultural Specialist for the Gila River Indian Irrigation and Drainage District. As a former agricultural scientist with the U.S. Department of Agriculture, Nieto experimented with different plants in the Arizona desert climate. SWIAA Pres. Marks said Nieto contributed greatly to SWIAA through sharing his knowledge and experience. The award was given to him “in appreciation for what he did,” said Marks.

Later, SWIAA awarded the Dr. Roe B. Lewis Scholarship to Rayanna Benally, a student at the University of Arizona, and Joyce Miguel, a student at Tohono O’odham Community College (TOCC).

Miguel became interested in learning more about agriculture through her science classes at TOCC, which took her to the San Xavier Co-Op Farm.

“A lot of these elements that we receive could be used…in the ways that the O’otham used to do. Part of it’s being lost and so to me it felt important that we start up again.”

Miguel said for her, agriculture combines her interests in business, science and O’otham culture.

She said the $1,000 scholarship award will help her pay for school materials. Right now she’s learning the essentials of everything that goes into agriculture, but one day she wants to start her own garden and focus on traditional crops.

“I want to bring back the agriculture, the traditional foods for the people. That’s my main purpose for learning agriculture.” 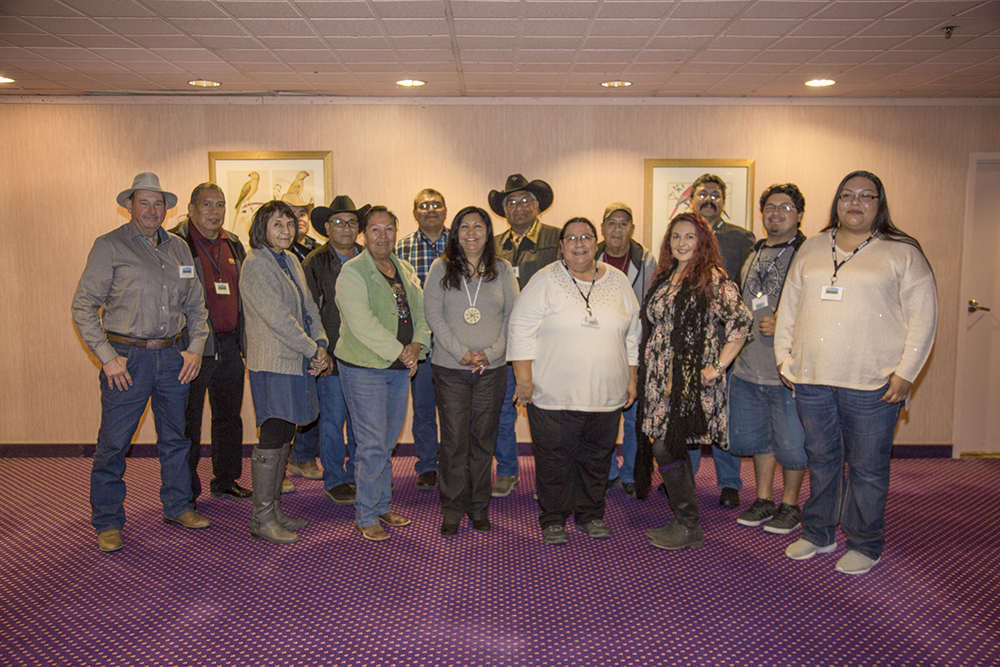 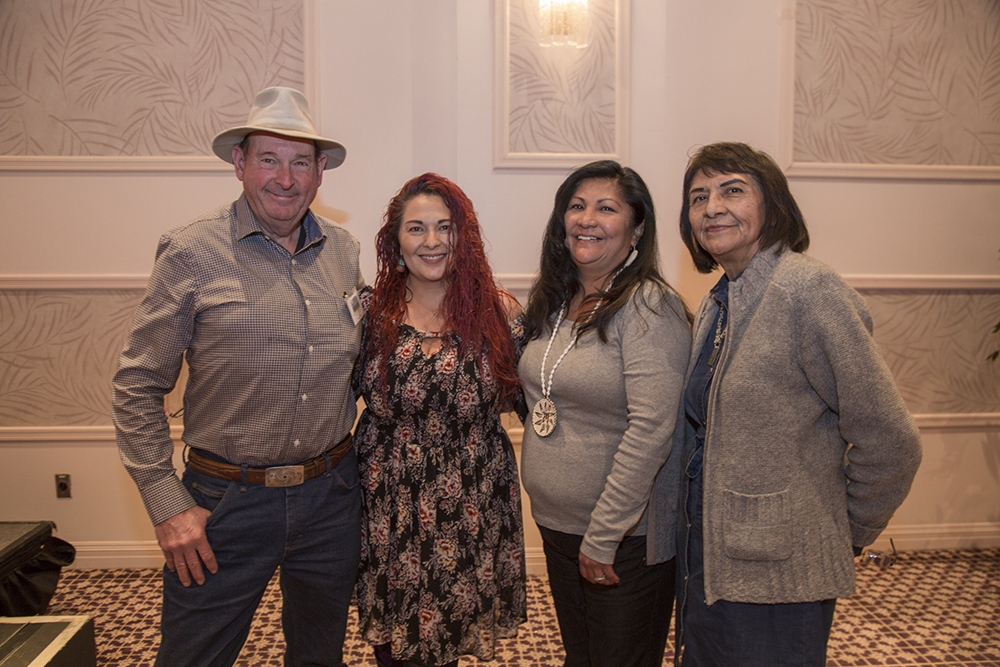 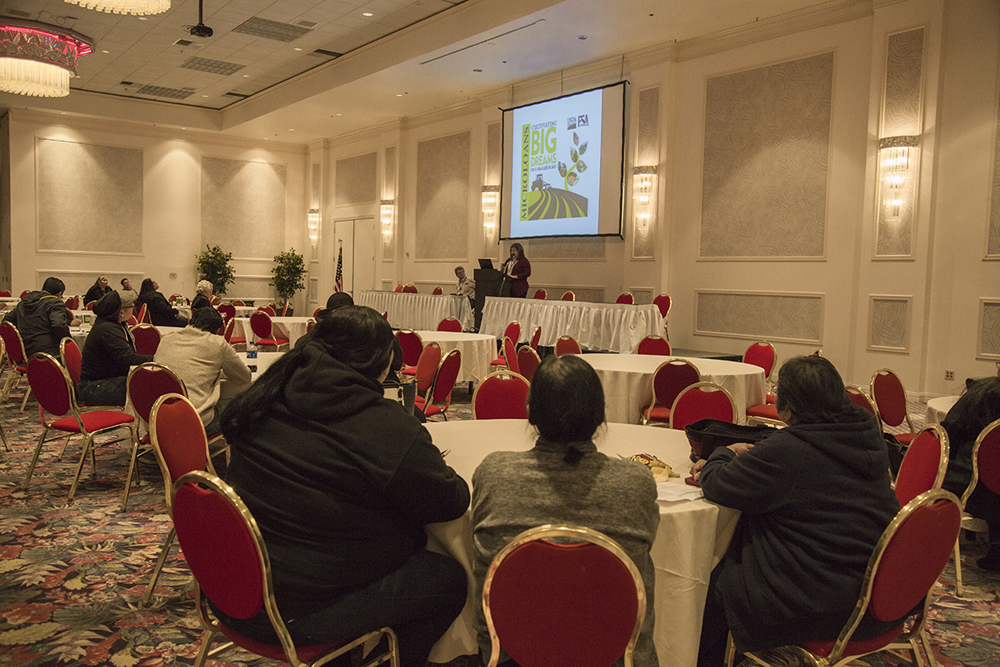 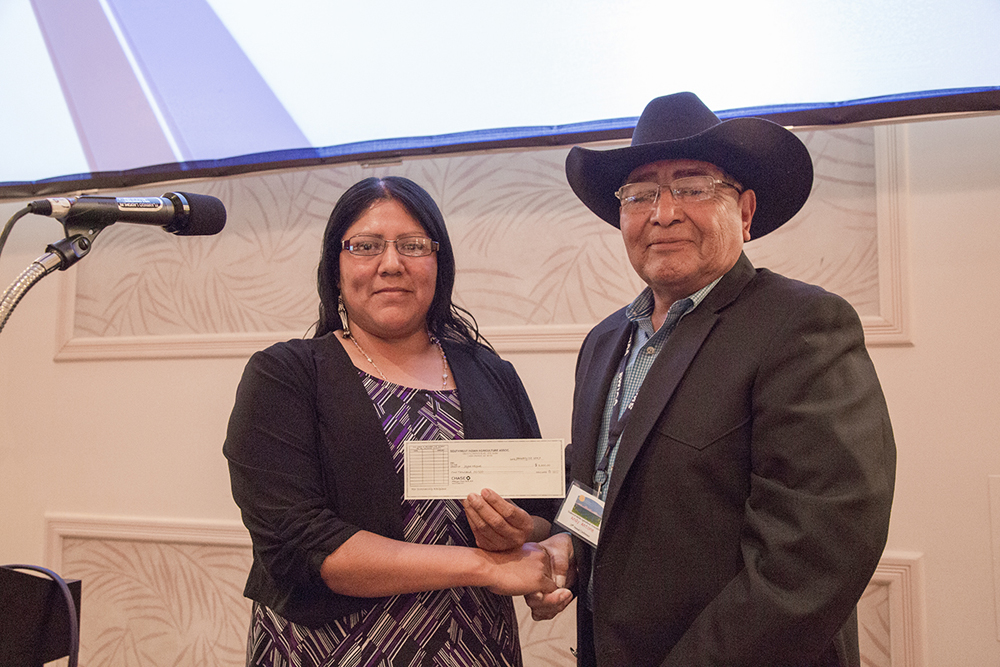 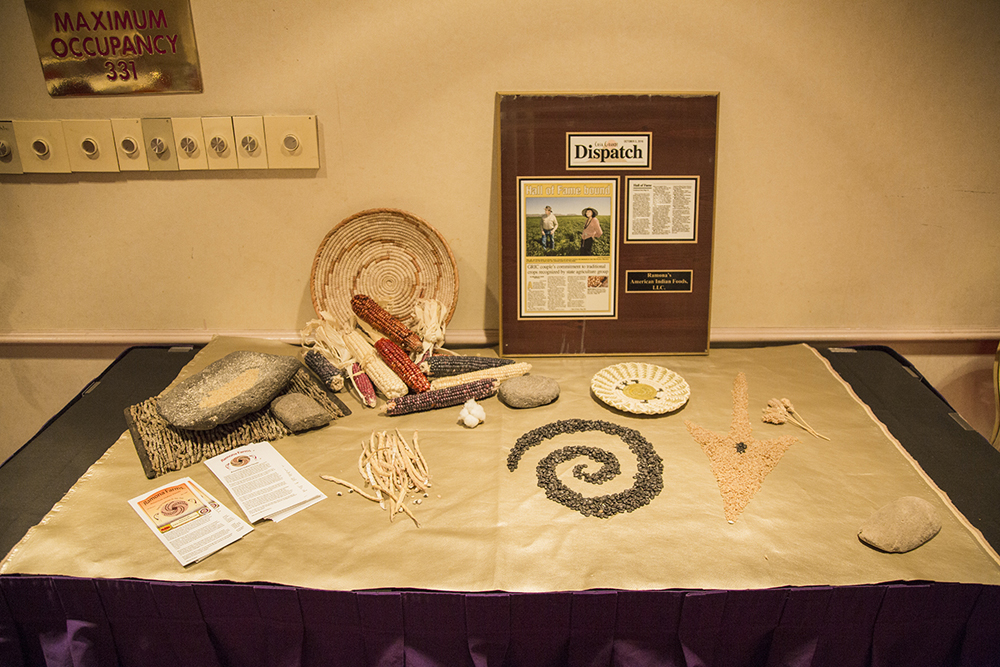 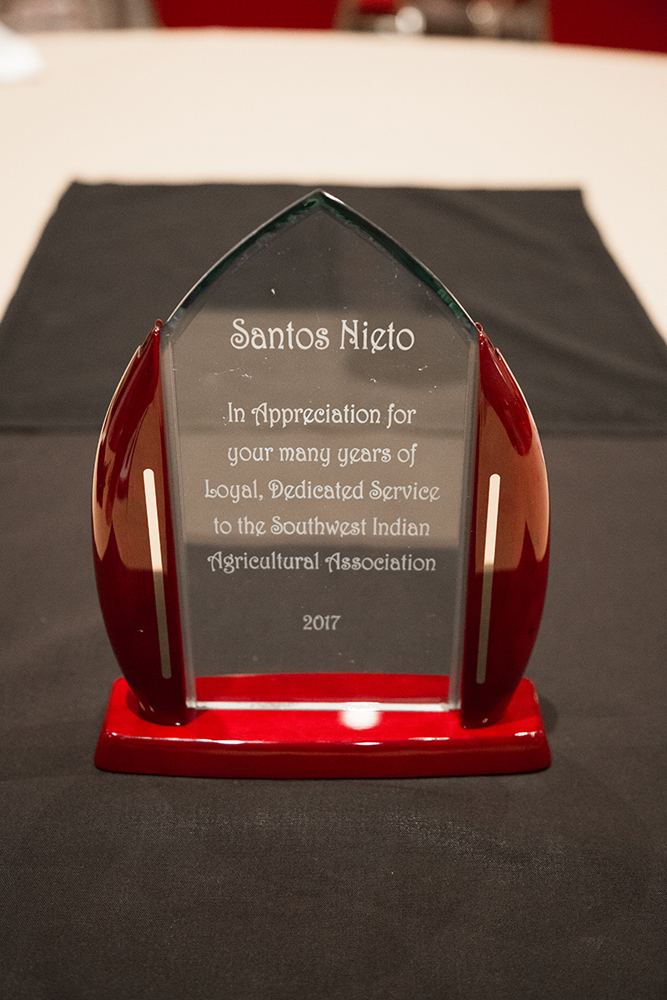