Students at a Gila River Indian Community School learned the importance of saying “no” to harmful substances that could endanger their lives and those around them.

In front of a crowd of parents and faculty members, the fifth grade Gila Crossing Community School students received a certificate of completion for their participation in Drug Abuse Resistance Education program on Jan. 26.

Over 70 children dressed in black shirts with the words D.A.R.E. written across the front were also rewarded with cake for their hard work and commitment to say no to drugs.

Principal Jeremy Copenhaver said, “The students participation in the D.A.R.E. program has been exemplary, because it allows them to make healthy choices, if they ever encounter a harmful situation.”

Sergeant Joaquin Manuel praised the school and students for their participation in the D.A.R.E. program and for the partnership with the Gila River Police Department that has grown over the programs existence at the school.

He said, “It’s 11 weeks of work and knowledge that you will carry on for the rest or your life.”

Officer Rochelle Rodriguez said the time working with the students has been a very rewarding experience, being able to see them gain the knowledge that will benefit them beyond the program.

“I am very proud of [you] guys. You have worked very hard in the more than ten weeks [we] have been doing this,” said Rodriguez, “We a had a lot of conversations and discussion. You guys are very smart and you have all proven yourselves.”

Officer Rodriquez introduced three students, Richard Francisco, Diego Rhodes and Damyen Alapizco, who were picked as the three finalists for an essay contest that was put on through the D.A.R.E. program at the school.

The essay contest required each of the students to submit an essay that described how they would resist drugs through the D.A.R.E. decision model.

The model provides prevention strategies on how to resist using drugs, if a friend, family member or stranger offers the students drugs to them.

The three students, who won the essay contest, were treated to lunch at a Barros Pizza the day before the graduation.

Before students could indulge in a tasty reward, former GRIC Chief Judge Antony Hill said the students are capable of accomplishing many things in their lives.

He said the foundation to being someone of great influence could be achieved through active participation in school.

Hill said, “We want [you] to keep learning and learning until you eventually you graduate from the eighth grade, high school and college.” 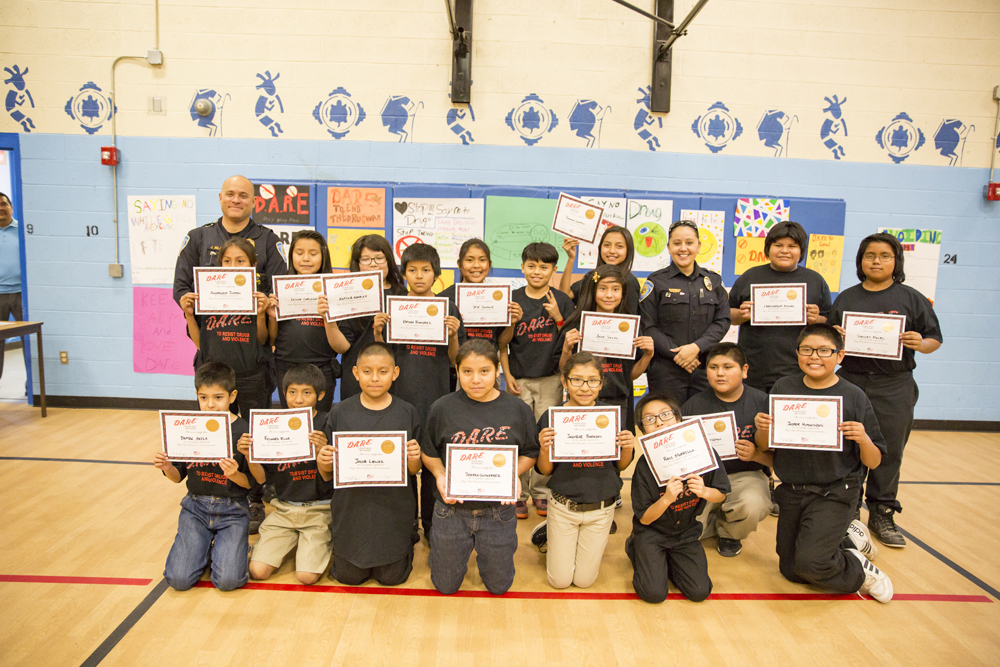 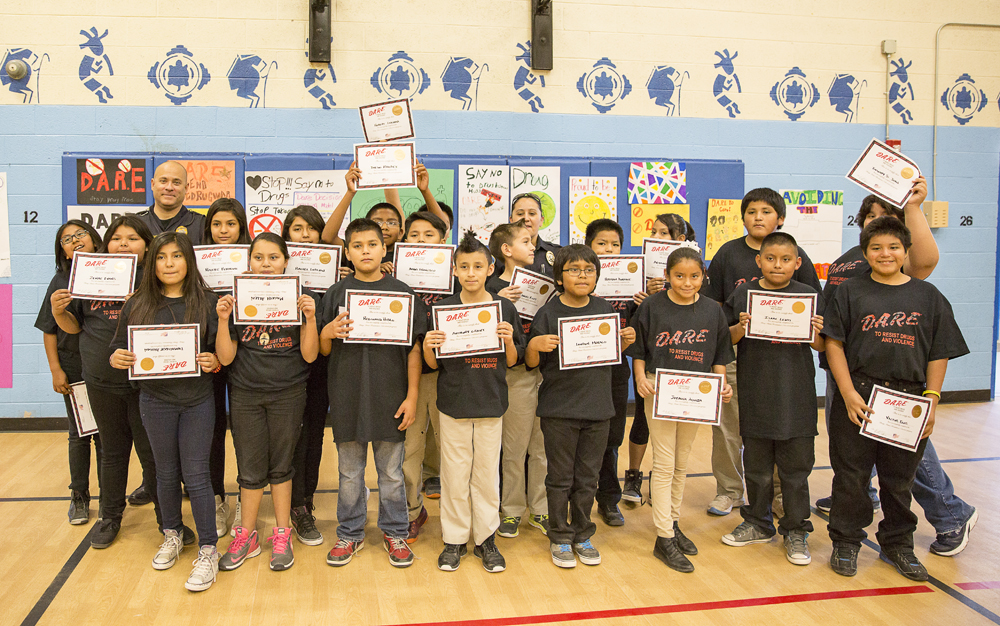 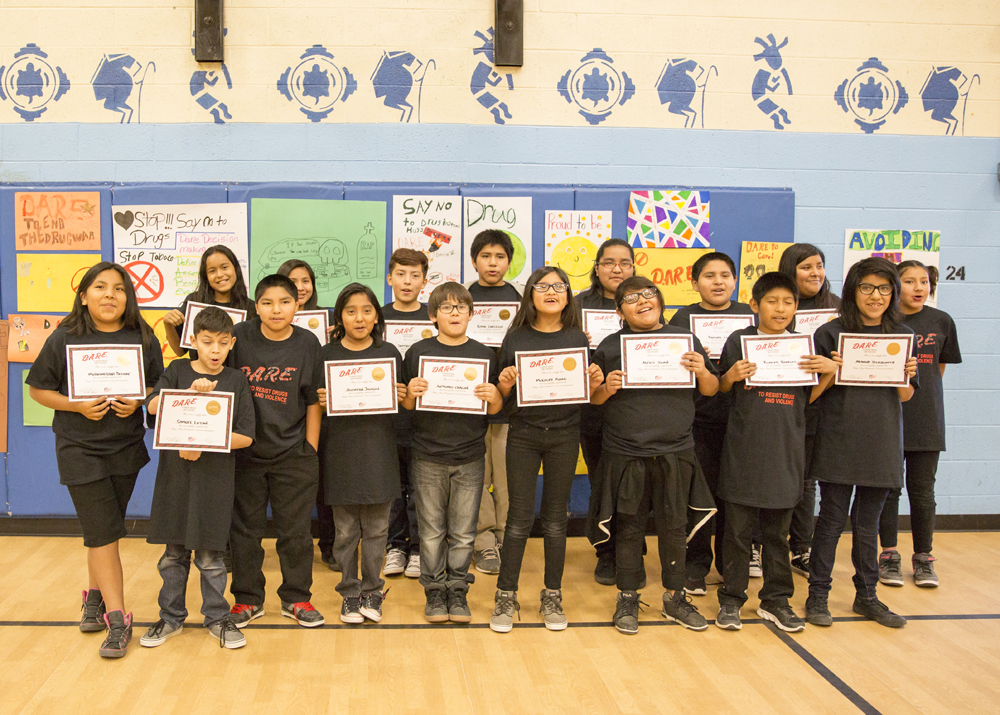 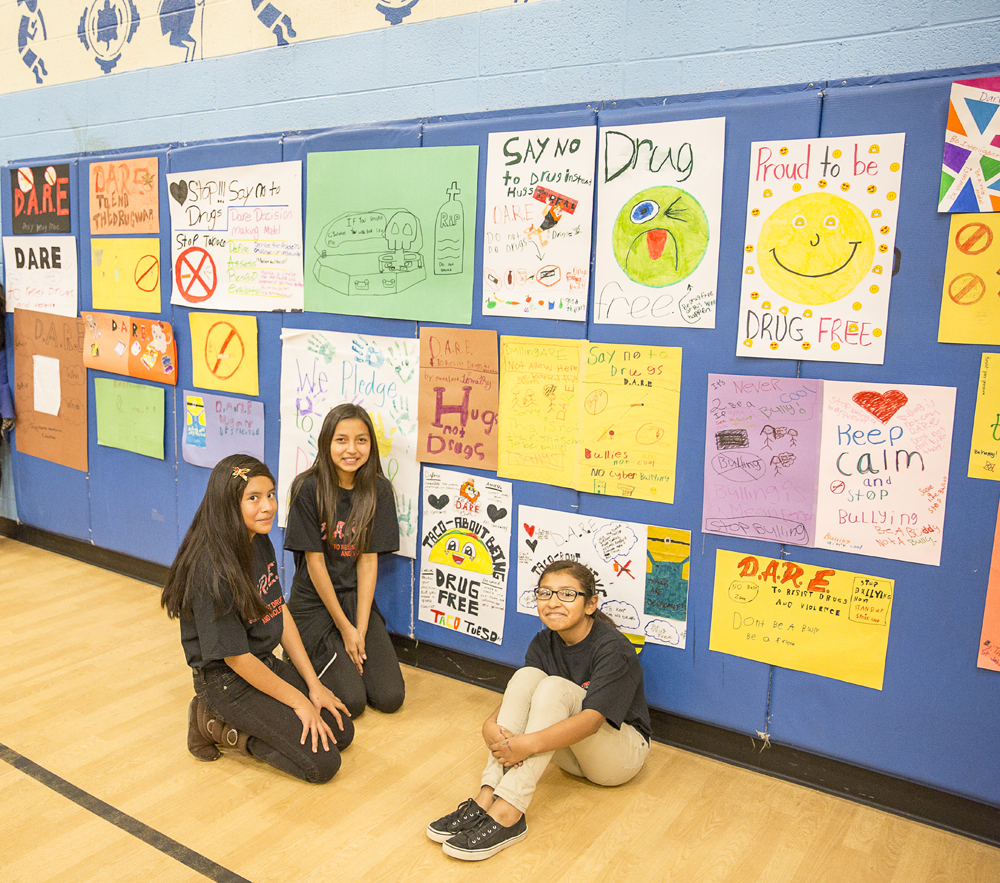 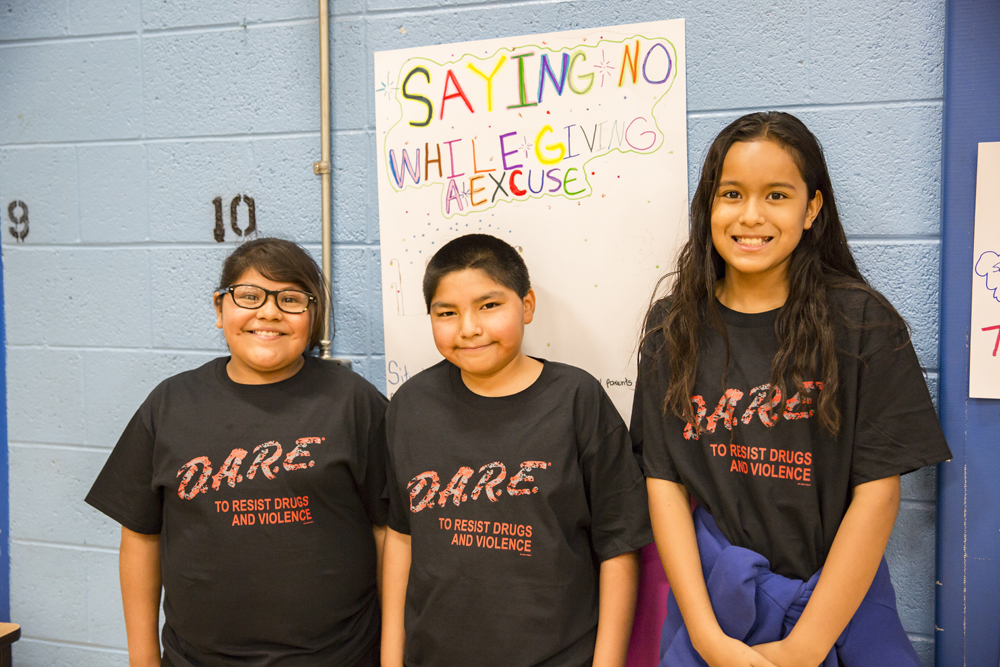 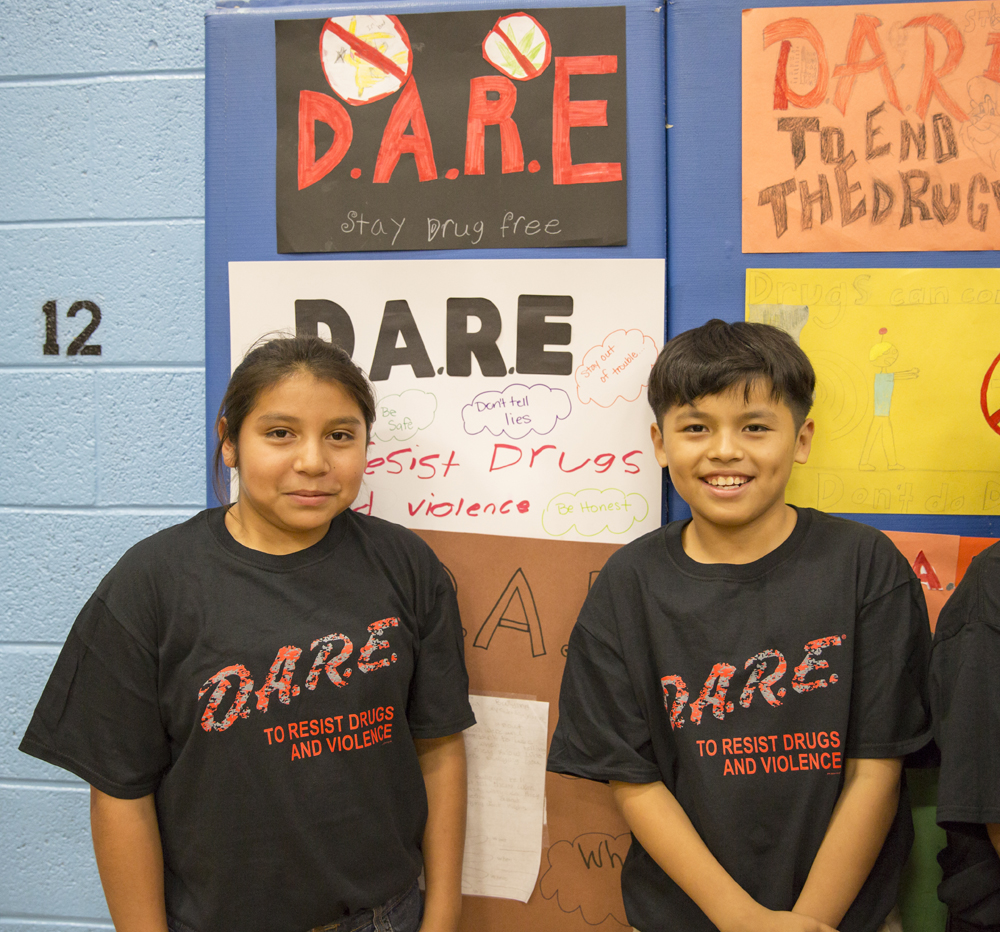