Aggravated Assault – The suspect and victim were intoxicated and involved in a verbal argument. The suspect then grabbed a knife threatening to stab the victim in front of their children. The suspect was taken into custody and booked into jail.

Auto Theft – The suspect’s vehicle was taken without permission while she was sleeping. The vehicle was entered into the system as stolen and several minutes later the vehicle was found by Phoenix Police Department as it had been involved in a non-injury accident with the driver fleeing the scene.

Burglary – A local hay barn entrance gate was damaged by suspects when they gained entry and stole approximately fifteen bales of hay.

Theft – The victim reported the license place belonging to his vehicle was stolen. The license plate was entered as stolen into the system.

Theft- The victim reported that ten bales of hay was taken from their property.

Aggravated Assault – The suspect assaulted his girlfriend when he hit and kicked her several times causing a swollen eye and bruised ribs. The suspect was transported to a medical facility for further medical treatment and the suspect was taken into custody.

Shoplifting – The suspect took a pair of black shoes while walking a store at Phoenix Premium Outlet and concealed them in his jacket. The suspect left the store without making a purchase and was contacted in the parking lot by loss prevention staff.

Status: Suspect was long formed for the theft.

Aggravated Assault– The victim, while walking with her son, reported that she was tackled, strangled, and assaulted by a male suspect. The suspect was located but due to injuries sustained the suspect was transported to a medical facility. The victim and her son were evaluated and refused any further medical evaluations.

Theft– A new black mountain bike was taken from the storage area of the victim’s carport. The victim stated that the door to the storage was unlocked.

Gila River Police officers responded to 593 calls for service and made 36 arrests.

Theft – A theft of a cell phone occurred from an employee’s office at the Land Use Planning and Zoning department. The victim also reported that her cell phone contained credit cards inside of the phone case. All items were recovered and returned to the victim.

Status: The suspect has been identified and contacted.

Aggravated Assault – Officers responded to a report of a domestic disturbance. Once on scene, officers discovered the victim had sustained a laceration to her ear that required stitches. The victim was transported to an area hospital for treatment of her non-life threatening injury.

Aggravated Assault – A victim was assaulted while walking in the area of Saint Road and Levee Road. The victim was transported to a local area trauma hospital by Gila River Emergency Services where he underwent surgery and was later reported as being in a stable condition.

Auto Theft – The victim reported a subject known to her entered her home, grabbed her car keys and stole her vehicle. The vehicle was later located on the side of the road as it had run out of gas. The vehicle was returned to the victim without further incident.

Shoplifting – Saks Fifth Ave off Fifth Store Loss Prevention reported a female suspect exited the store with purses without paying. The reporting party followed the suspect but was unable to detain her though the merchandise was recovered.

Theft – A bicycle was stolen from the Wild Horse Pass Casino parking garage. Casino security provided a copy of video surveillance to officers.

Theft – A male subject entered the Famous Footwear Outlet store and concealed two pairs of Nike brand sandals on his person. The subject then passed the point of sale and left the area.

Shoplifting - Saks Fifth Ave off Fifth Store Loss Prevention reported a female suspect had been detained after being observed on surveillance shoplifting two pairs of sunglasses. Officers responded and took the suspect into custody and received a copy of surveillance security footage.

Status: Suspect   was arrested and booked.

Aggravated Assault – The suspect pushed and strangled his girlfriend after a verbal altercation. The victim was seen by Gila River Emergency Services but declined medical attention.

Theft – The victim reported his cell phone stolen while at the Vee Quiva Hotel and Casino. Due to the cellular phone’s connection to a bank account the suspect was able to fraudulently transfer money from the victim’s account via Facebook Messenger. The suspect was known to the victim and has been identified. 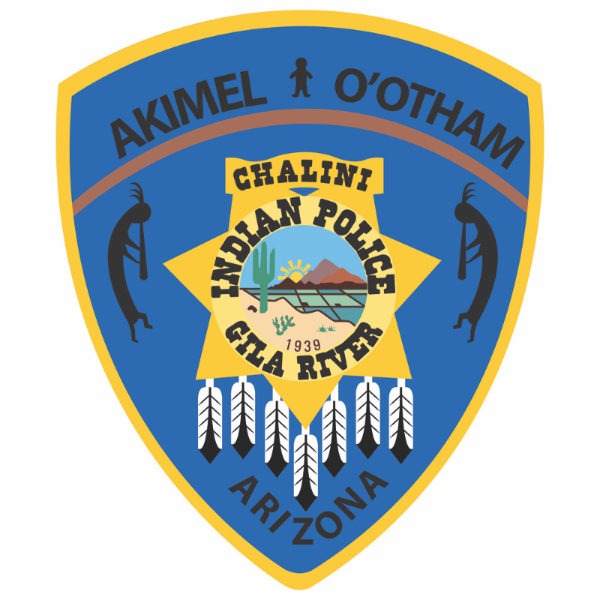