In the hot and dry climate of the Sonoran Desert, water is life.

With this in mind, the Pima-Maricopa Irrigation Project has been on a mission to make sure the Gila River Indian Community’s water resources are used in the best way to benefit its people.

Part of that mission is to make sure Central Arizona Project water, Gila River natural flow water from sporadic rainfall, and groundwater all make their way to Community farmlands in an efficient manner.

Which is why just south of the District 3 Service Center, excavators, cranes, and an army of workers have been hard at work for the past several months constructing a 3,000-foot-long, 8-foot diameter underground siphon pipeline.

The construction of this pipeline is just the beginning of a much larger project called the Casa Blanca Canal Lining and Rehabilitation project.

The Sacaton siphon pipeline is the first of four pipelines being built. The pipeline begins just east of the District 3 Service Center and runs underground for 3,000 feet ending just west of Sacaton Road. Construction of the Sacaton siphon is expected to be finished sometime in March 2017.

David DeJong, P-MIP Director, said he anticipates all four siphons will be built by November or December 2017, which will lead to the construction of the new Casa Blanca Canal.

Where will the new canal be built?

While all four siphons are being completed, work will begin on constructing a new Casa Blanca Canal which will include installing modernized measurement and control devices, straightening segments of the canal’s alignment, lining the canal with concrete to reduce water seepage, and building the canal at a higher elevation allowing more turnouts to Community farmlands.

The existing Casa Blanca Canal, known as Canal 11 (CBC11), begins where the channel branches off from the Pima Lateral along Olberg Road in District 3 and continues 16 miles west into District 5, where it ends at the 960 Sump near Gila River Farms.

Just east of Sacaton an offshoot of CBC11 called Canal 12 (C-12), branches off and travels parallel to CBC11 for about 5 miles before returning to CBC11. The new Casa Blanca Canal will be constructed slightly north and parallel to C-12, largely within C-12’s alignment.

The new canal will improve efficiency of the irrigation system, increase water conservation, and reduce operation and maintenance costs. While the current Casa Blanca Canal system serves 6,518 acres of farmland, the new canal will be able to serve more than 3 times as many acres, with the new Casa Blanca Canal able to serve over 21,000 acres of farmland.

DeJong said the old Casa Blanca Canal system is inefficient and has water losses. “It is oversized and this canal, like all of the original canals, was constructed, by and large, to convey water through the Community. There are few turnouts,” he said.

“What we are doing is elevating the canal up, so we can bring the water up and turn water directly into grower’s fields, giving them a much more efficient delivery system,” he said. Because the new canal will be built at a higher elevation, there will be irrigation turnouts east of Sacaton, he added.

DeJong said that out of all of P-MIP’s construction projects, the Casa Blanca Canal is one of the most important.

“The Casa Blanca Canal is perhaps the most significant because the Casa Blanca area has always been the bread basket of the Community. If you go back a millennia [to the] ancient Hohokam, [they] farmed in this area, historic O’otham farmed in these areas,” said DeJong. “This is the hotbed of agriculture.” 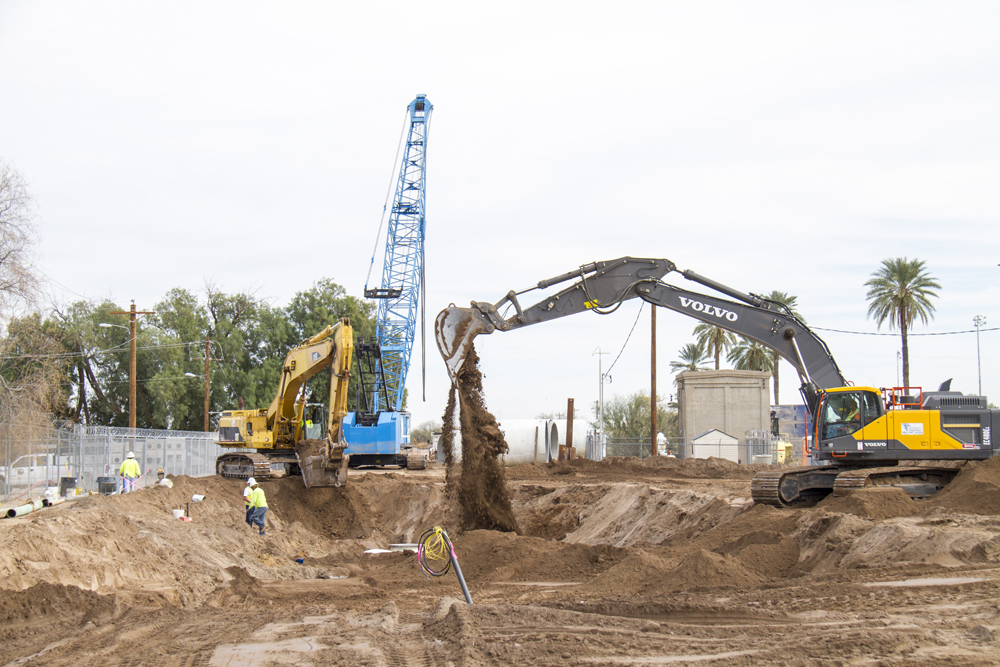 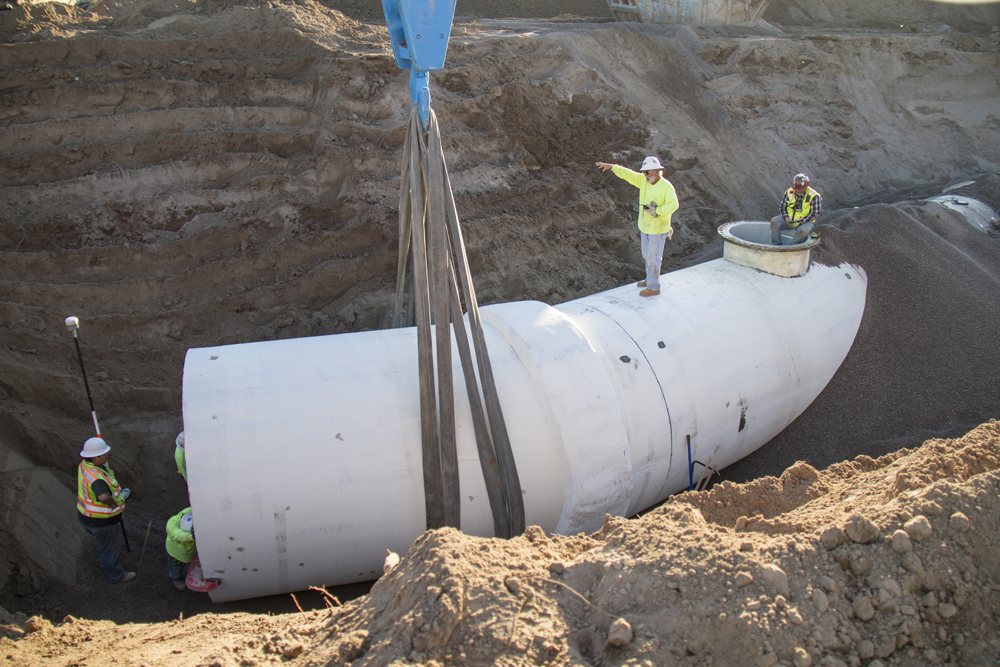 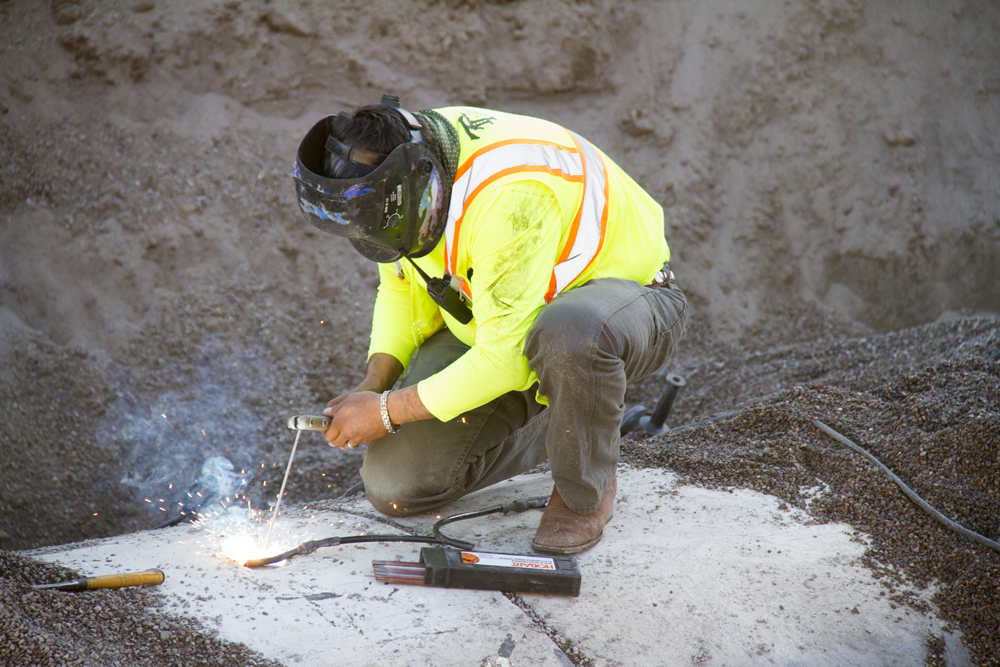 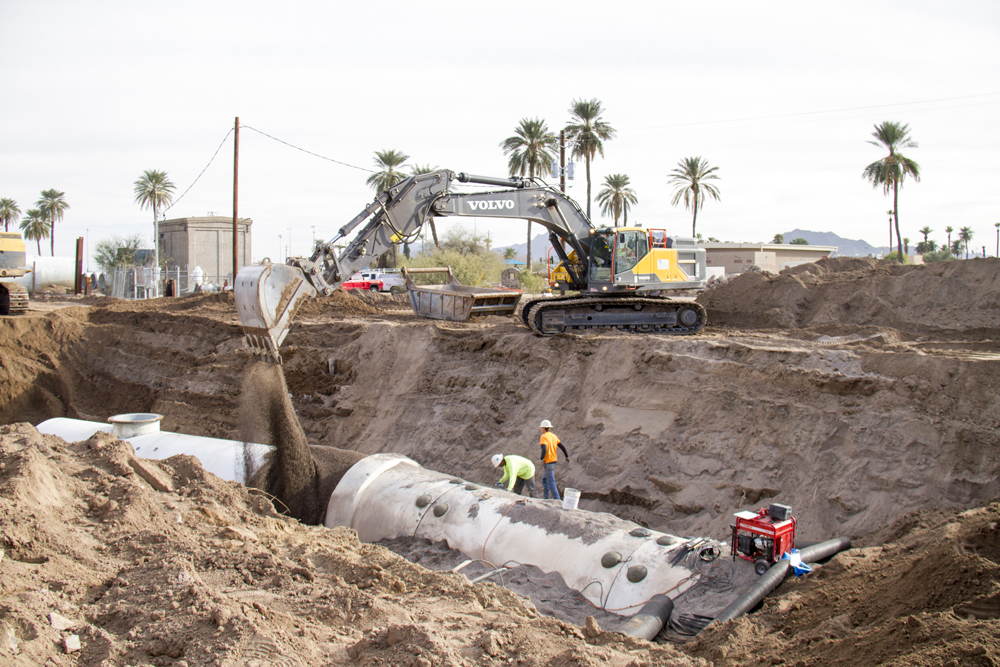 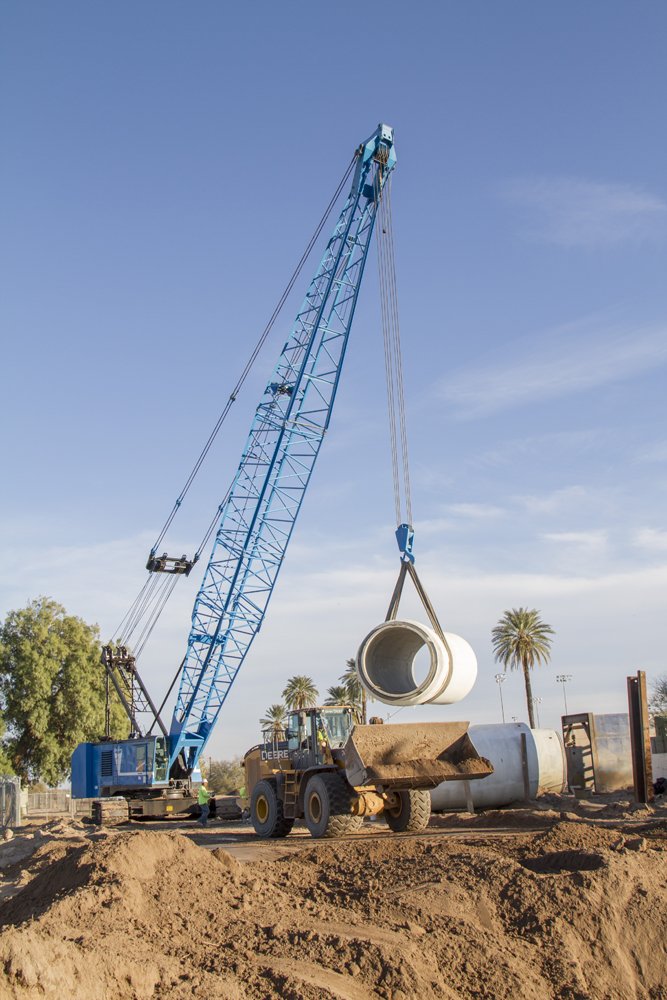 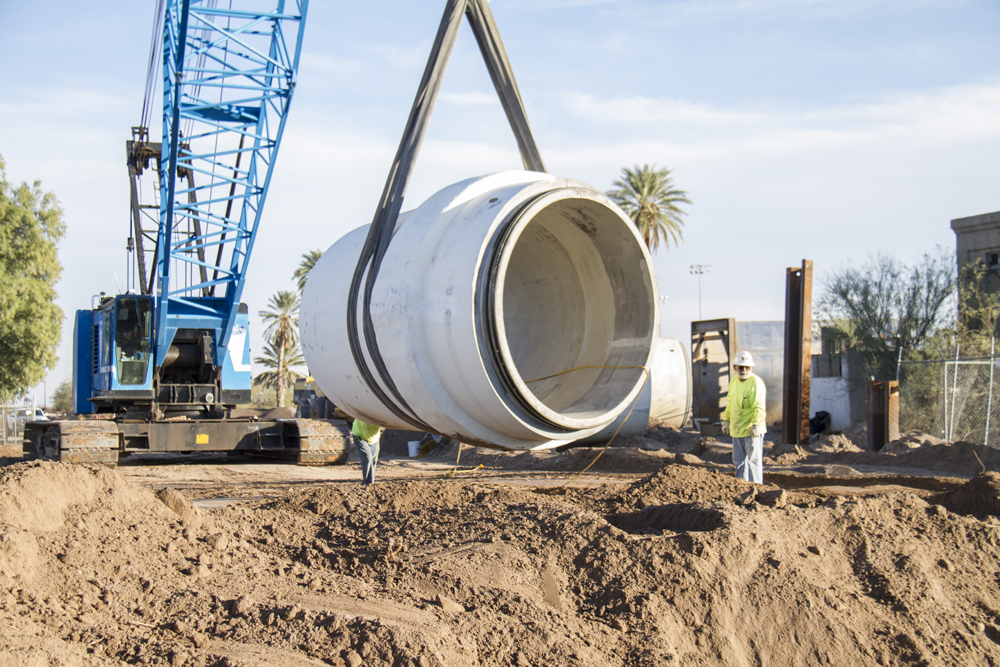 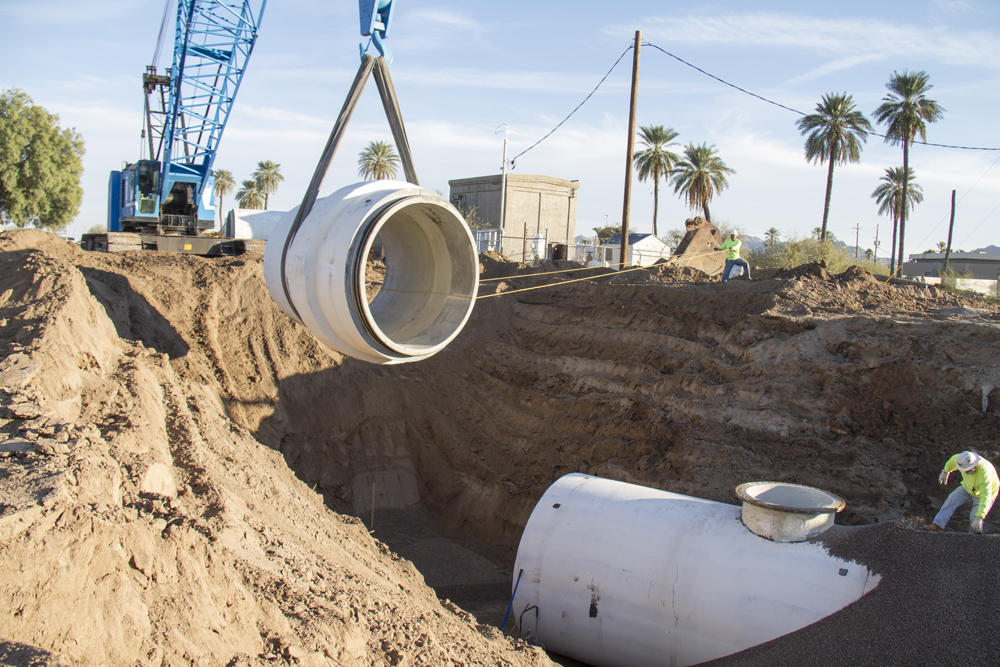