From being a first-generation college student to catching a notorious bank robber featured on “America’s Most Wanted,” Arizona State University alumnus Manuel J. Johnson leveraged his interpersonal skills to build a career.

“I’m really proud of my service in the FBI. It was a great career,” said Johnson, a member of Gila River Indian Community. “But I really feel like the accomplishments I’ve had in my life happened because I stood on the shoulders of those who have come before me and sacrificed before me.”

Born in Phoenix, Johnson was raised by his mother who inspired him to work hard and pursue a higher education. He said he always knew he would attend ASU, but his chosen field of study didn’t come so easily to him.

“Some students know exactly what they want to do when they get here; others it takes a while,” Johnson said. “I started in the business college, but as I took more courses, I didn’t have the same interest.”

Johnson sought out an African-American studies class to draw parallels between the plight of African-Americans and his own experience as an American Indian. The course was taught by professor and chair of sociology A. Wade Smith, who worked tirelessly to improve race relations on the ASU campus.

“When I was here, there weren’t many minority professors,” Johnson said. “I identified with him because he was a minority … and always had time for me. I remember he suggested I get a degree in sociology.”

In 1987, Johnson graduated from the College of Liberal Arts and Sciences with a bachelor’s degree in sociology. He started working for the Gila River Indian Community in the social services department. Then he worked for the Inter Tribal Council of Arizona, an organization representing most of the tribes in the state.

Johnson said dealing with law enforcement in his position piqued his interest in the FBI.

In 1990, Johnson applied to the FBI, training at the FBI Academy the following year.

His first indoctrination to the bureau was as a special agent assigned to the Salt Lake City Division in the small town of Vernal, Utah. He handled federal criminal violations on the Uintah and Ouray Indian Reservation.

Johnson transferred to the Los Angeles Division as part of a resident agency in West Covina, California. He was assigned to the violent-crimes squad and pursued a range of criminal investigations including bank robberies, kidnappings, extortions and fugitive matters.

“Los Angeles was a good experience for an agent because it’s a big city,” Johnson said. “I remember getting a lead in our office about the Oklahoma City bombing. We got a DMV photo of this individual who looked like the composite drawing of suspect John Doe No. 2. It turns out it wasn’t him, but you never know in those situations.”

After Los Angeles, Johnson was transferred to Flagstaff, Arizona. He was assigned to the Navajo and Hopi reservations, where he handled violent crimes such as homicides, child abuse and assault cases.

“When you work with Native American communities, you really have to build trust,” Johnson said. “You use your people skills a lot. My understanding and educational background in sociology came in handy as I worked in various communities as a special agent.”

Johnson retired from the FBI in 2014 and went back to the Gila River Indian Community. Currently, he works in the Executive Office as the intergovernmental liaison where he fosters and maintains government-to-government relationships at all levels on behalf of the community.

“When I came back to Gila River, all I wanted to do was fit in, work with my community and help,” Johnson said. “If I can influence young people in some way to find their passion in life, then I feel like I made things a little better for somebody, for others, for the community.”

Reprinted with permission from Arizona State University. Originally printed on Jan. 5, 2017 on asunow.asu.edu 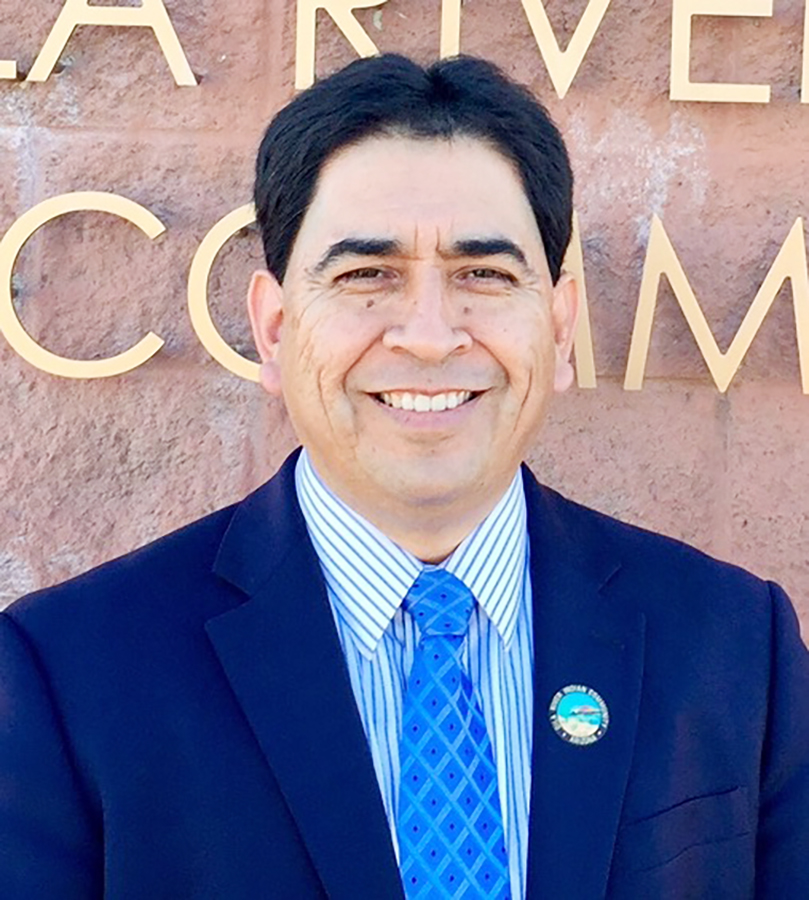