A Gila River Indian Community veteran’s monument, located outside the old District 1 Service Center in Blackwater, was vandalized earlier this month with portions of the concrete structure smashed to pieces. Because of the severity of the damage parts of the monument were dismantled and are undergoing repairs.

The monument, which is sponsored by Haskell Osife-Antone Post 51, was erected in 2008 to honor veterans for their sacrifice and lists the names of Community veterans who were killed in action during wartime.

The monument’s plaque reads, “A grateful nation and our tribal community thanks all its Veterans. From all wars, conflicts and peacetime. We express our sincere gratitude and appreciation for your sacrifices.”

The District 1 Service Center will rebuild the concrete structure of the monument and Post 51 will polish the plaque and are in the planning process of adding more names to the monument.

Post 51 member, Darrell Whitman, said that there were pieces of broken concrete littered around the vandalized monument and it appeared someone used a hammer to chip away at the concrete part of the structure.

“Respect went out the window when they started doing that. Usually people don’t mess with the stuff over there,” he said.

Whitman added that there was surveillance footage showing a group of individuals vandalizing the monument and the Gila River Police Department would be looking into the incident. 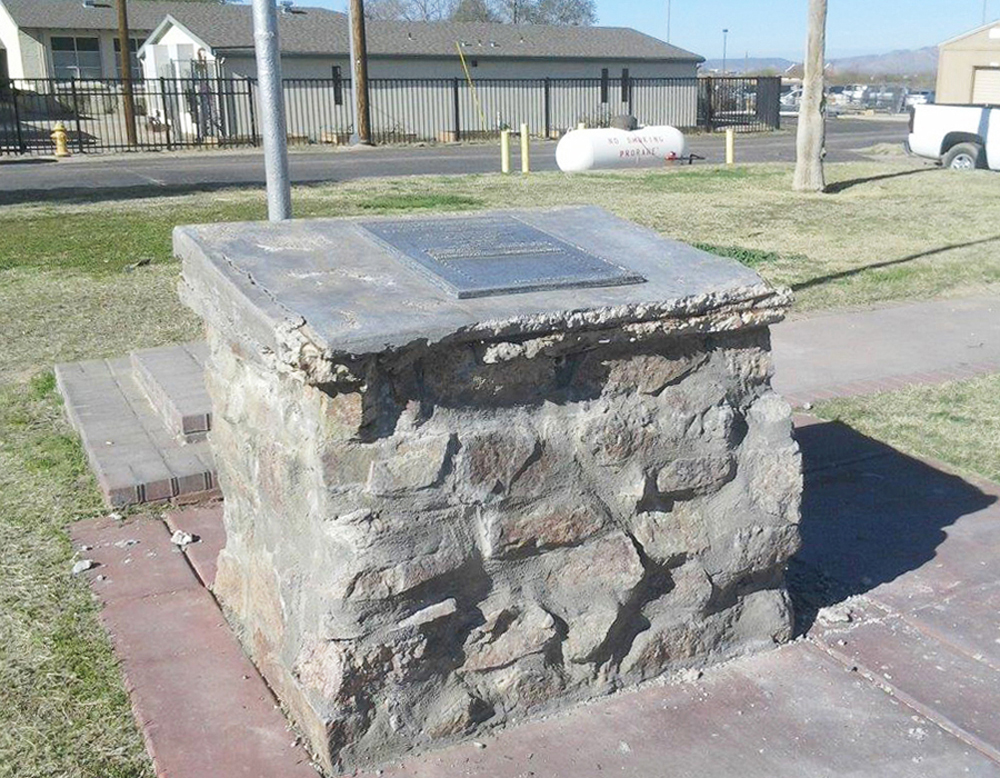