Over the past two months, members of Ira H. Hayes Post 84 have been hard at work repairing damage to the Japanese interment camp and veteran monument located in District 5 within the Gila River Farms area.

The site received multiple gunshots to three of the eight columns that make up the structure. One of the columns was so severely damaged it was almost completely shot through. In addition to the damage to the monument’s columns, the base on which the monument’s plaque sits, was vandalized with spray paint.

Members of Post 84 cleaned the damaged areas by scraping out remnants of broken concrete, applied a glue polymer, filled in the holes with fresh concrete and left it to dry.

Dixon, who assisted in repairing the damaged columns, said it was the largest amount of vandalism he had ever seen inflicted on the monument. He added that he was hopeful the site would become protected.

“That way, we won’t have so much of this trouble here,” he said. “We will be coming out here and be repairing it if necessary, up until there is some kind of protection put up for this place.”

On January 11, members of Post 84 added the last coat of white paint to the patched areas of the monument’s columns and covered several spray painted areas of the site.

Post 84 Adjutant Tony McDaniel, said that while people do come to the area and shoot guns, it appeared that this specific act of vandalism was a deliberate attempt to destroy the monument.

“Nobody has ever actually shot up the monument like that before. People come out here and they shoot off in to the distance all the time,” he said. “It looked like they were trying to destroy a whole pillar. That’s just crazy, there is no reason for it. This represents United States military personnel and their families that got stuck here due to circumstances beyond their control. It’s a place to respect.”

The Japanese internment camp and veterans monument now stands fully repaired and repainted due to the efforts of Ira H. Hayes Post 84 members and their commitment to taking care of the monument.

“It took a little work, but it is just part of serving the Community,” said McDaniel. “It’s part of what we…do, (a) commitment to serve.”

While Post 84 is committed to serving the Community, the group of veterans feels a special sense of responsibility to the monument due to one of their former members, Mas Inoshita.

“As a young man, [Inoshita] was interned here at the camp,” said McDaniel. “From here he enlisted into the service.” Inoshita joined the Military Intelligence Service in the U.S. Army, serving as a translator during World War II.

“Mas took in the responsibility to maintain this place. When [he] got too old to keep coming out here, [he] asked [us] to commit to maintain this area, so that is what we have been doing for 20 years now. It is a commitment that we made to Mas, and a commitment that we made to the Japanese American Citizens League, and to those who were interned here, that we come out and we…clean it up and repair [it],” he said.” 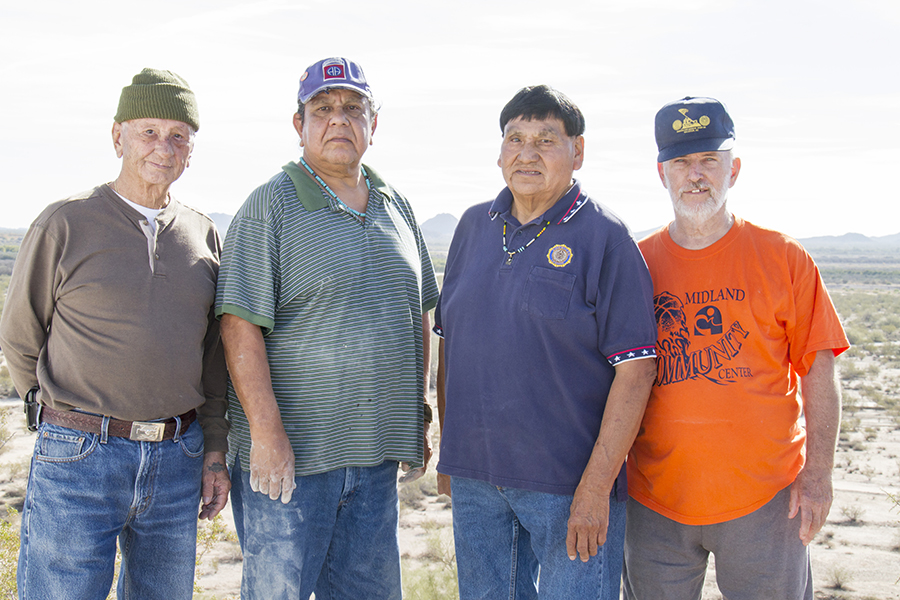 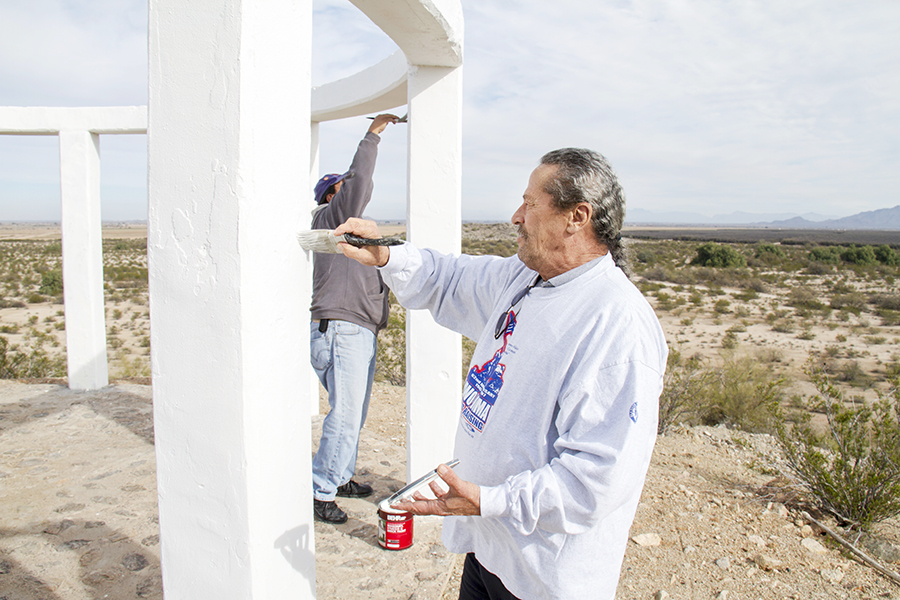 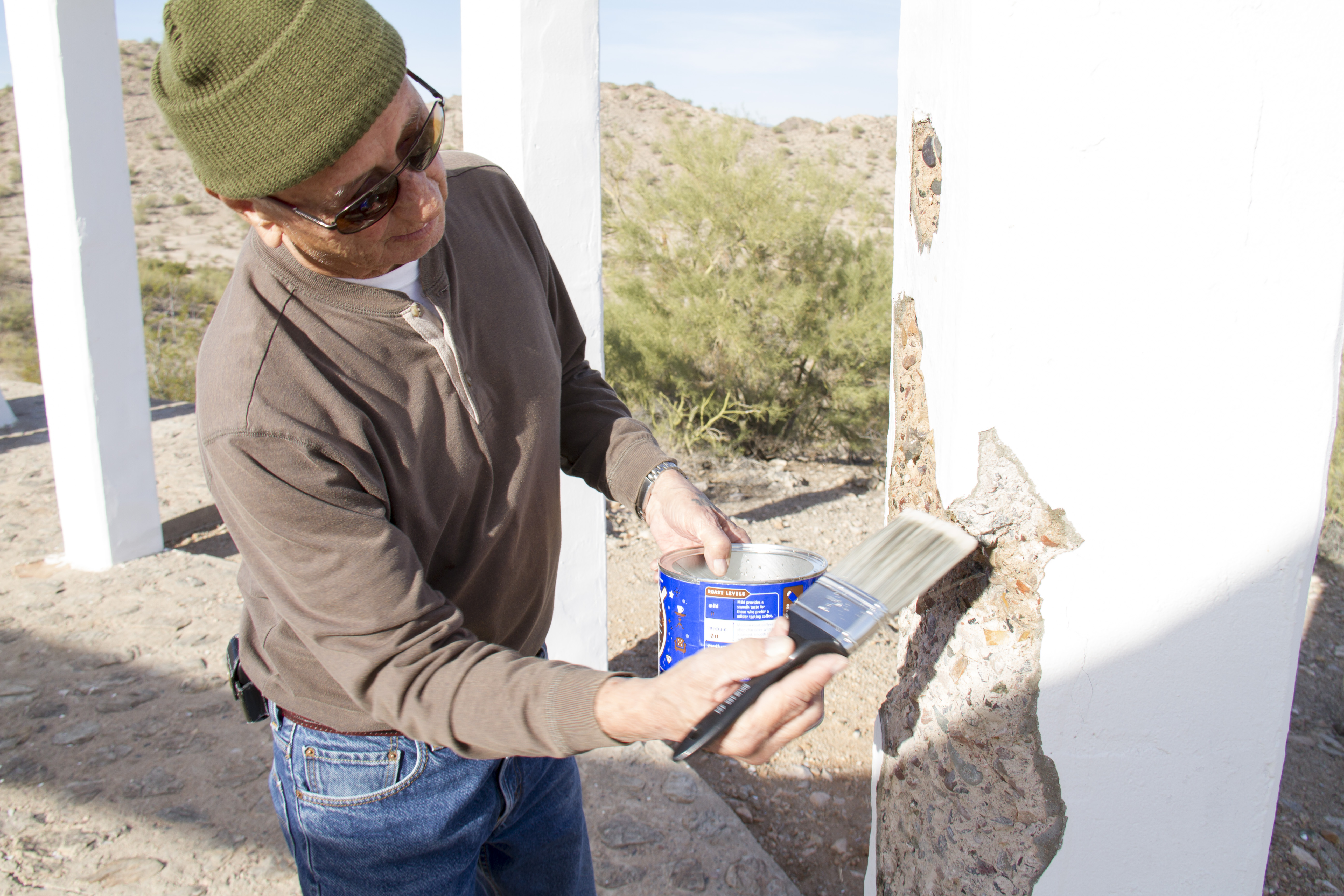 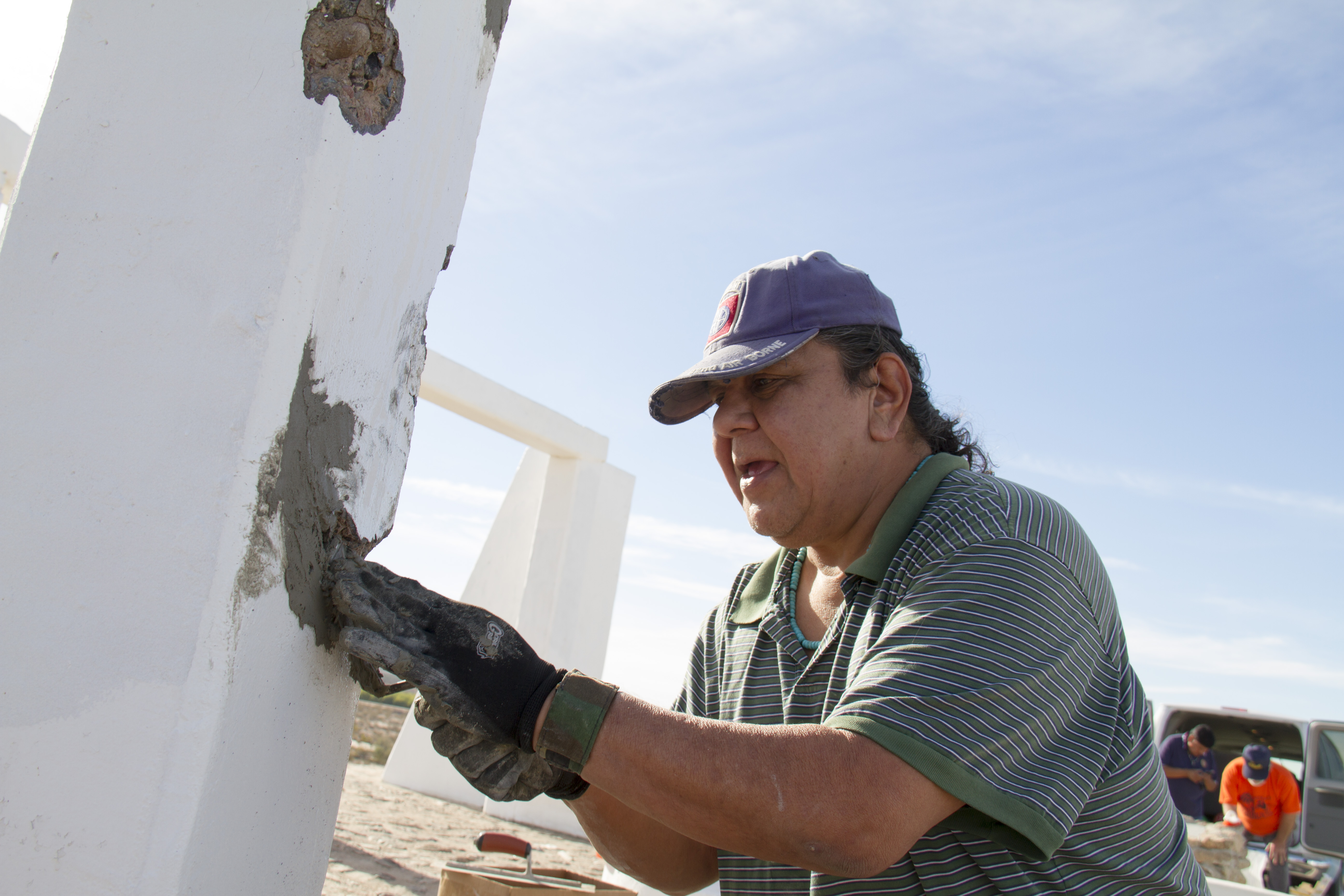 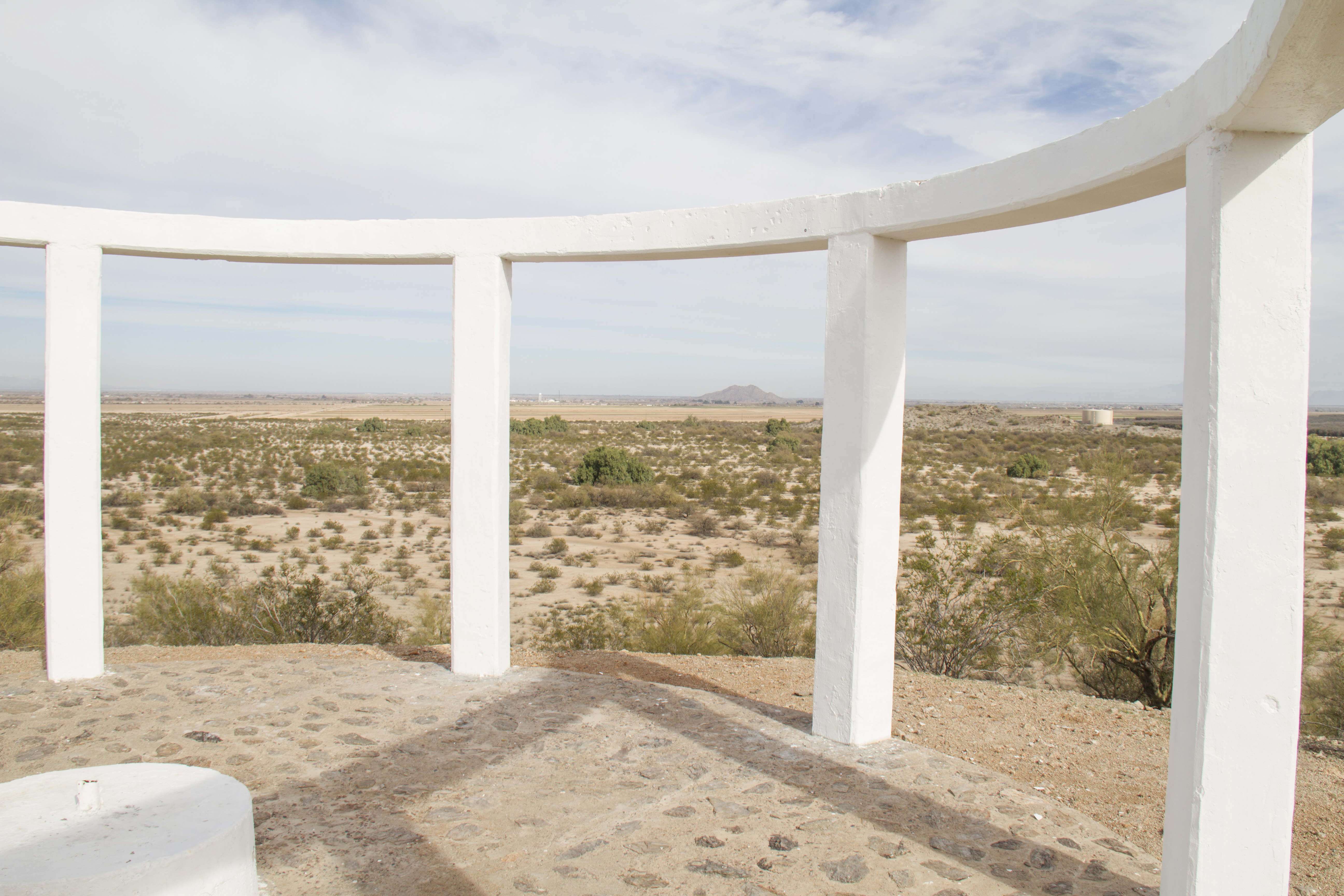