Alvin Antone, Ann Antone and Delia Carlyle were each individually sworn-in, as were Vice-Chairman Gabriel Lopez and Chairman Robert Miguel.

Under the new Ak-Chin Constitution passed by the members last summer in a special Secretarial Election, voters now have the opportunity to elect their Chairman and Vice-Chairman.

Previously, the five Council members voted within the leadership at the second regular meeting each January. November’s election had a field of eight Council candidates and two candidates each for the top two offices.

With the exception of Councilman Antone, who is in his first term of elected office, the entire Council previously served. The swearing-in on Jan. 3 begins the new four-year Chairman and Vice-Chairman terms and initial two-year Council staggered terms.

On Saturday, Jan. 21, an official Ak-Chin Inauguration will be held and the public is invited.

The first ever event will be held at Ak-Chin Circle Field next to the UltraStar Multi-tainment Center, 16600 N. Maricopa Highway beginning at 4 p.m. to midnight. The inauguration will feature a ceremonial oath, speakers, dinner and a vaila dance. 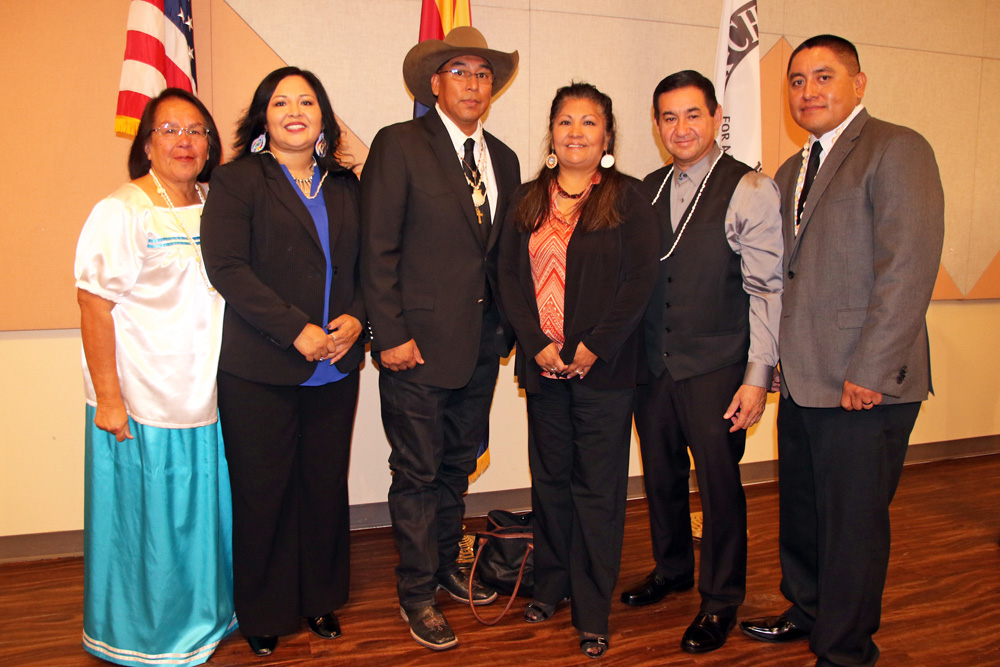