For many Community members, the empty dirt lot across from the Matthew B. Juan and Ira H. Hayes Veterans Memorial Park may just be another spot in the Community to meet-up with friends or a place to stop for a quick bite to eat. However, over 100 years ago it was the home of Gila River Indian Community’s last traditional chief, Chief Antonio Azul.

Up to 100 Community members, including tribal leaders, dancers, veterans, and spiritual runners gathered at the site in the early morning hours of Dec. 17, to honor GRIC’s last chief and celebrate the winter solstice for the second annual Chief Azul Day.

As spiritual runners jogged their way through the 5K and 2-Mile Walk/Run to start out the celebration, GRIC Community Manager Pamela Thompson, who created and helped organize this year’s celebration, explained how Chief Azul’s home, a two-story adobe house, stood at that location many years ago.

Just east of Sacaton Road there is a mural painted on the side of the United States Post Office building depicting a mirror image of what the dirt lot looked like over 100 years ago, with Chief Azul’s two-story home at center, surrounded by several roundhouses.

“When he was chief, …the (U.S.) government was doing a lot of relocation of Indian tribes,” said Thompson. “One of the things that came out during his time as a chief is that (the government) wanted to relocate us to Oklahoma.”

Before accepting the government’s terms to move the tribe to Oklahoma, Chief Azul wanted to see the land with his own two eyes.

“He took a party with him…to see where we were going to be relocated to and he went there and he said it was not a good place for us to go, that we would remain where we were and that we were not going to move,” said Thompson.

She said that it was because of Chief Azul that the Gila River Indian Community was able to stay within its traditional territory.

“We could have been relocated to Oklahoma like a lot of other tribes that were relocated from their homelands,” she said.

As the spiritual runners returned from their early morning run, a procession of around 100 people formed.

As the procession entered the cemetery, the group formed a circle north of Chief Azul’s gravesite, where Gov. Lewis said a few words about the tribe’s last chief.

“It’s important that we aren’t losing who we are as O’otham people and this event is making that possible,” he said. “Chief Azul stood in the doorway of our past and our future. He was a warrior, a statesman, an ambassador and a moral authority.”

Chief Azul is not just a historical figure, said Gov. Lewis, he is a spiritual and cultural figure.

Shortly after, descendants of Chief Azul, Janice Blackwater and Kurt Rainbolt, thanked the Community for honoring their ancestor.

“I am very grateful and I am very proud of what he stood for, his belief and his hard work,” said Rainbolt. “I want to thank [the Community] for…making this an annual event. It is something that has been needed for quite awhile. They did a great job with it and the ceremony was beautiful,” he said.

After members of the procession paid their respects at Chief Azul’s gravesite, they made their way across the street to District 3’s Head Start building for a hot lunch of O’otham poshol and posole and live musical entertainment. 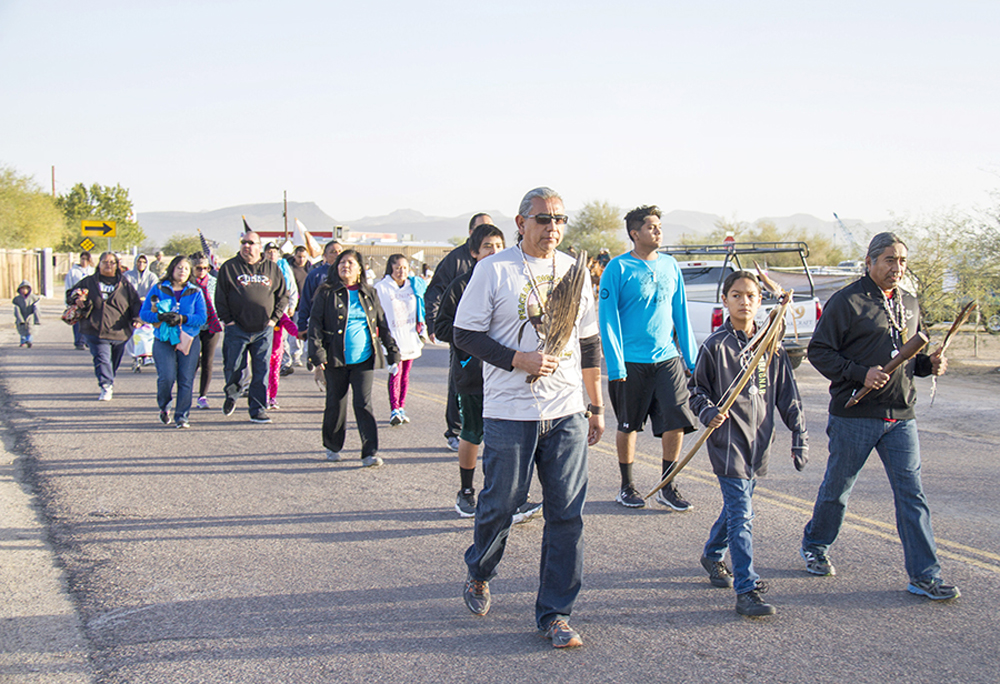 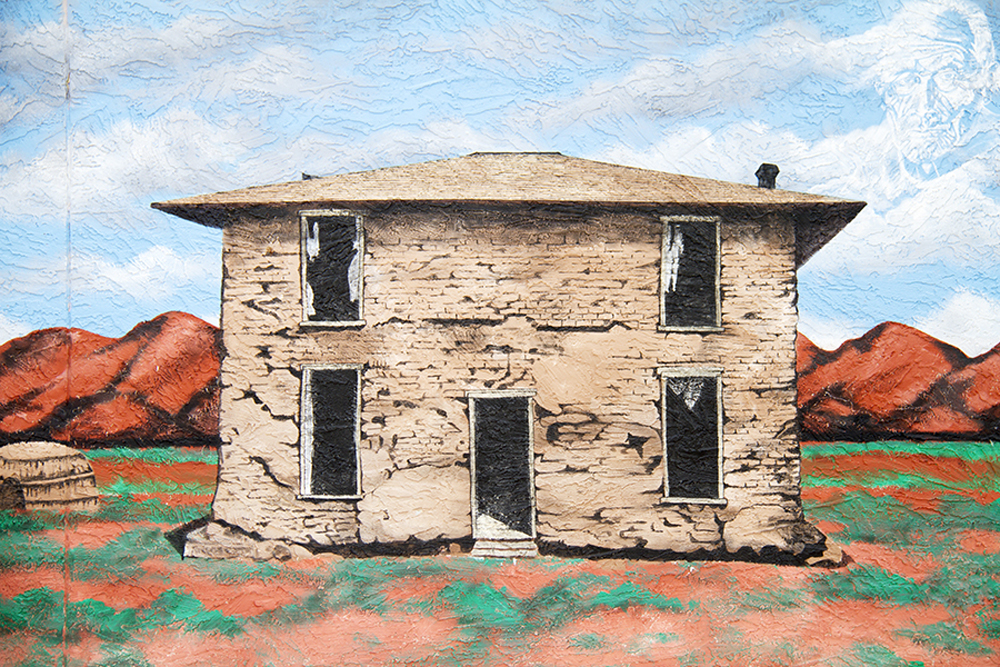 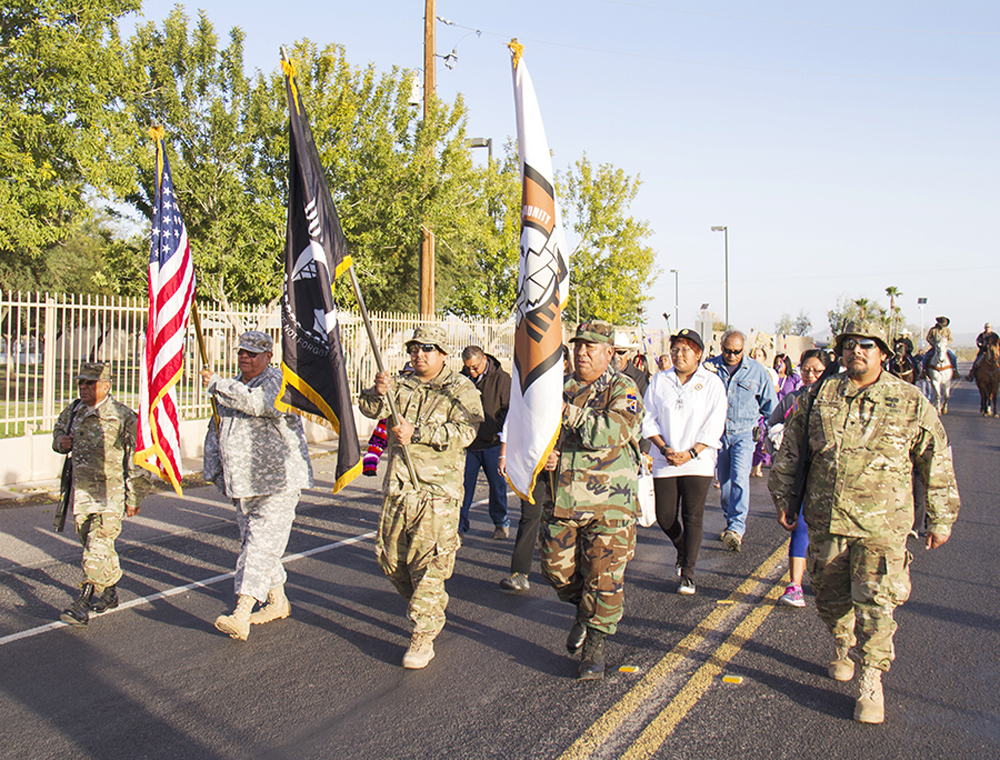 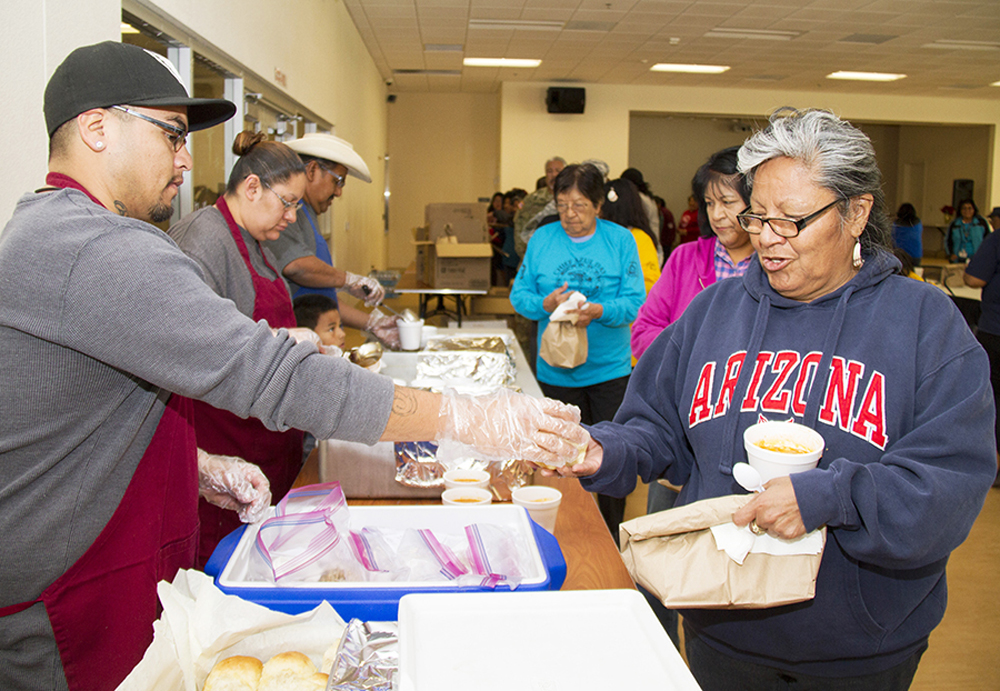 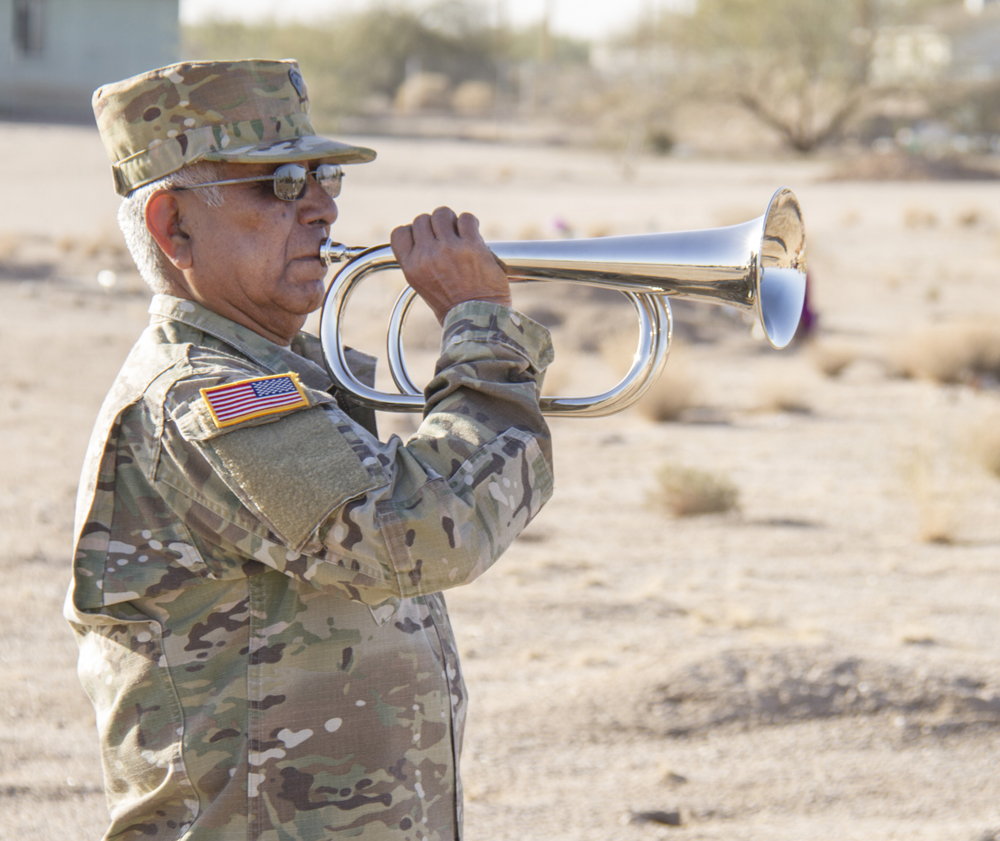 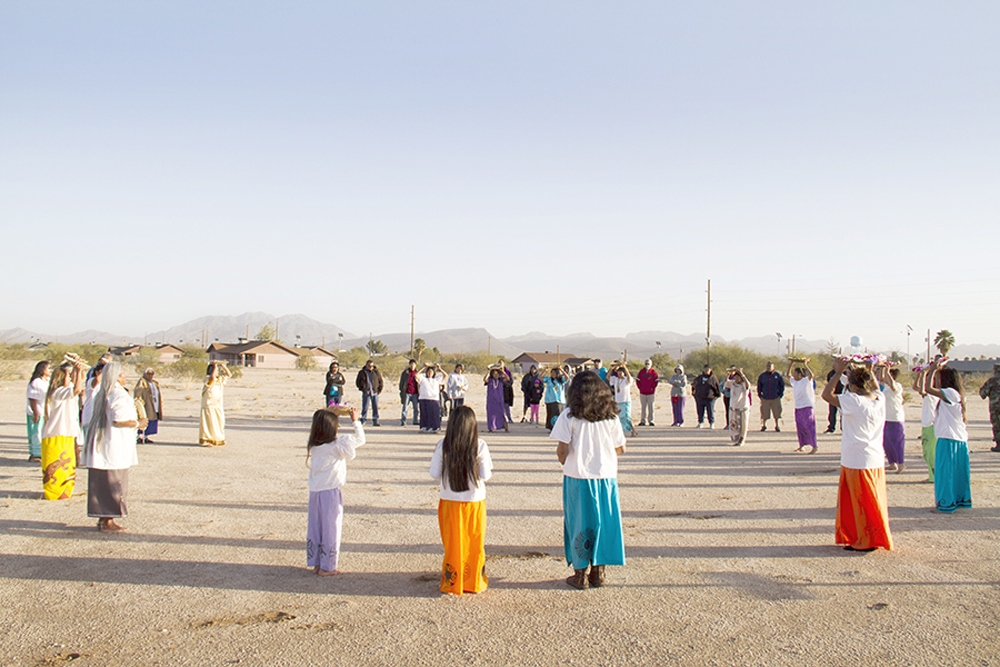 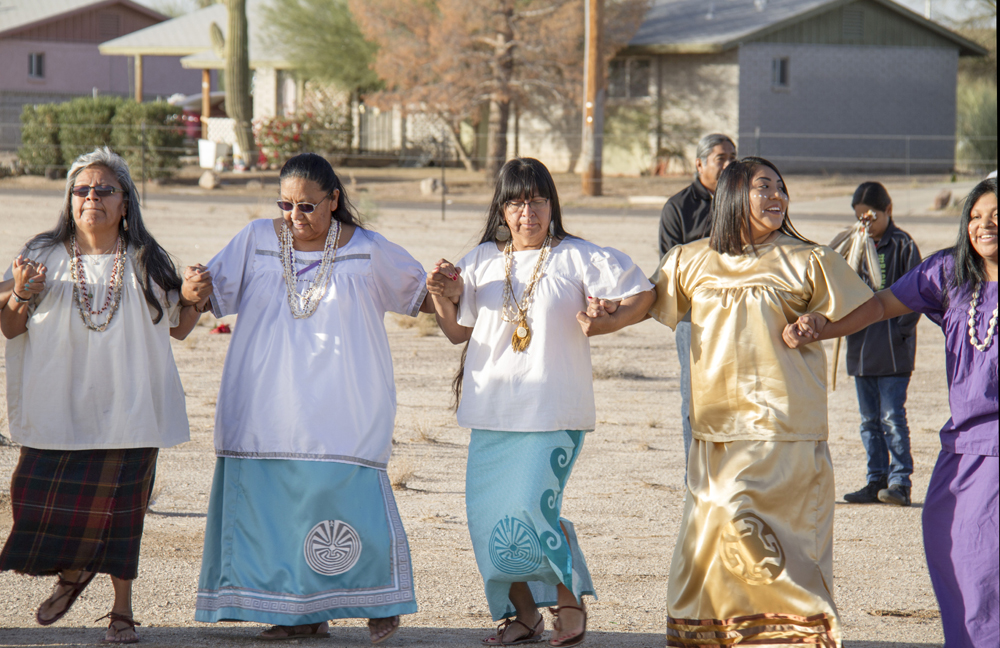 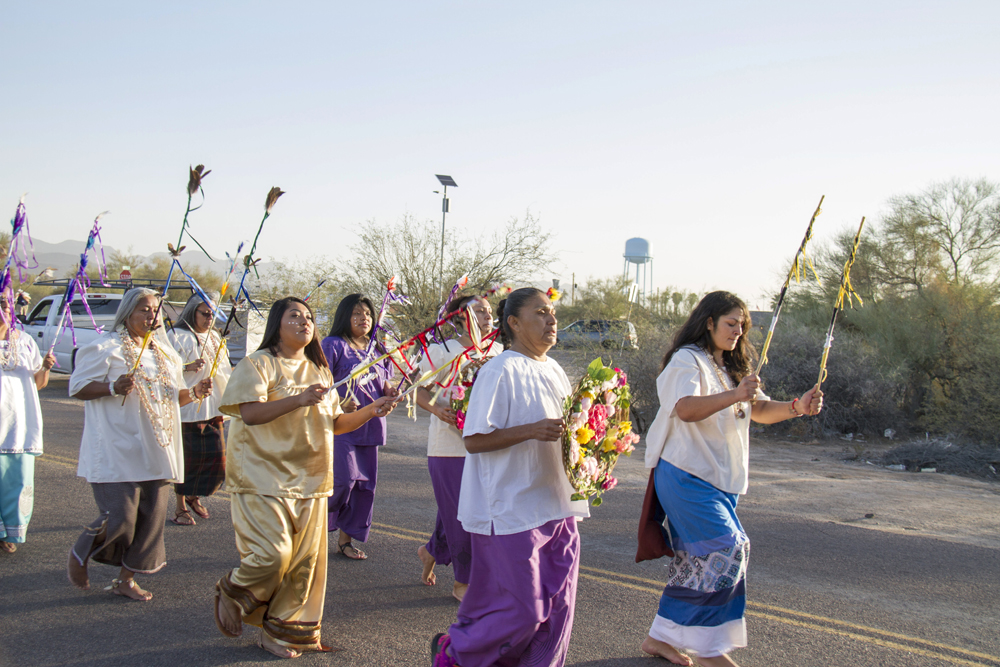