Each year the amount of passenger traffic increases at Gateway Airport, which means the airport will need to find a way to accommodate over 1 million passengers taken to the friendly skies.

Gila River Indian Community Lt. Gov. Monica Antone, who serves as a Treasurer on the PMGAA Board of Directors said the meeting was to update Sen. McCain about the reconstruction projects going-on at the airport on Dec. 19.

The visit by Sen. McCain was also to thank him for his continued support of projects at the Gateway Airport that will allow the aviation hub to operate at greater capacity.

The PMGAA is a joint stakeholder board that is comprised of the City of Mesa, Phoenix, and Apache Junction, including Gilbert, Queen Creek and the Community.

This year Gateway Airport has seen a rise in passengers, which translates into more flights coming in and out of the airport.

The increased number of flights has prompted the PMGAA to look at ways of improving safety, which addresses the need to either improve or build a new air traffic control tower.

Another major improvement project that was discussed with Sen. McCain was the reconstruction of the north apron that is used by corporate, military and general aviation aircraft that stop to unload passengers and refuel before departing.

Both projects will receive support through a Federal Aviation Administration discretionary grant.

The grant provides financial support for the development of public-use airports across the country, which in the case of the Gateway Airport will benefit from the upgrades to critical infrastructure. 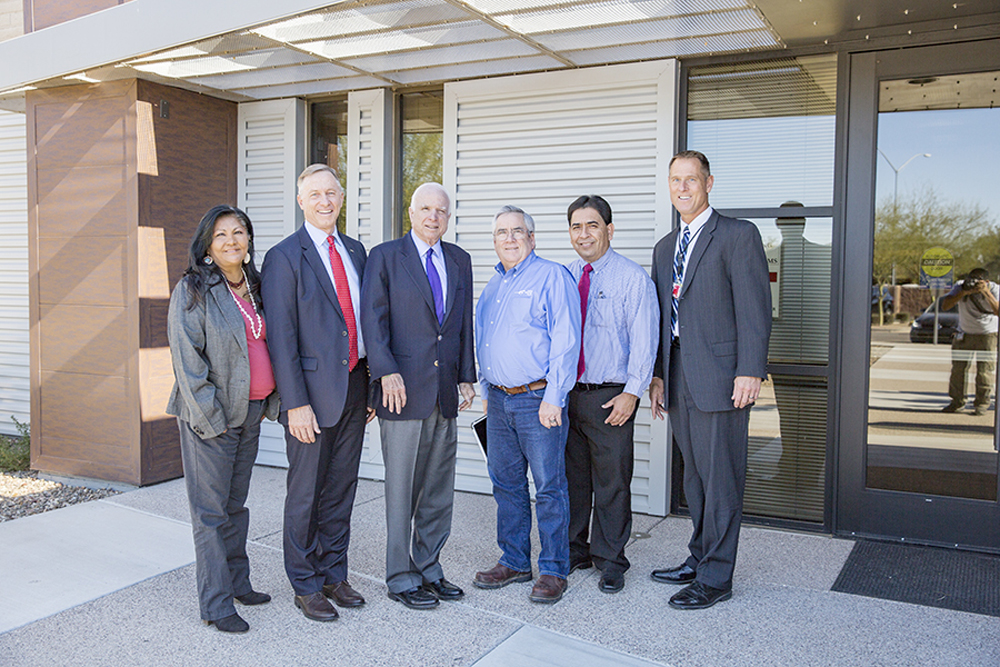