AILDI Training focuses on the preservation of Native languages

Language is more than a means of communicating, it is a form of identity that is used to distinguish one group of people to another.

The University of Arizona American Indian Language Development Institute held a training for Community members that focused on integrating indigenous languages into a more formal teaching settings. The training was held at the District 3 Head Start building on July 10.

Other AILDI staff presenters included institute Director Ofelia Zepeda, of the Tohono O’odham Nation, who is a highly regarded professor of linguistics at U of A.

She talked about the Native American Language Act of 1990, which established federal policy recognizing the language rights of indigenous people across the United States.

Zepeda said she was a part of like-minded individuals who developed a legislative proposal that could help promote indigenous language, which was a response to the “English Only” movement of the 1980’s to make it the National language.

The 10-day session is unlike any other symposium on indigenous languages because it presents language in the context of a living thing that requires nourishment that can only be satisfied through teaching the younger generation of Natives peoples.

Language has significant impact in the lives of tribal members and those who work for tribal communities regarding language and language education within the community and the school and of course in the family.

Zepeda talked about her role in making indigenous languages official languages for several states that adopted a language other than English.

“The way that I talk about it is from my own experience, because I was involved with [this] particular document in the beginning stages of it, because it started out as a meeting of individuals from various Native language speaking tribes to get together that was hosted by the Native American Language Issues Institute,” said Zepeda.

Zepeda said, “Language isn’t like an animal, it will never die, it will always be there, but it won’t be quite the same…you can keep it from making a dramatic change over time from what it was in the past.”

From her perspective, language should not be placed on a self like an object or hung on a wall like art.

She said, “Once placed on a wall it can never be fully appreciated, but to be used in order for it to be carried on from one generation to the next. [It] either adapts or goes away, and so it is our responsibility to promote the use of indigenous languages.”

Others topics covered at the training included subjects like oral immersion, storytelling and discussions on ideologies and philosophy based on metaphors in indigenous language.

One of the presenters, Sheila Nicholas, who is from the Hopi Tribe and teaches at the U of A in indigenous language and maintenance and revitalization said in her culture, being able to speak the language is held in high regard, because it fully establishes the concept of what it means to be a Hopi, among other aspect of life among her people.

For the students, she cautions that language does not always translate well into English and vice versa, but for them to always have a creative approach in describing objects and things to their students.

“When we think about language, it actually starts at conception…as parents, we have to understand that, that first step is being able to speak the language to our children,” said Nicholas, “What is the role of language in a child’s life, is always under question, but I think where it stands, it encompasses everything around them and what they see.” 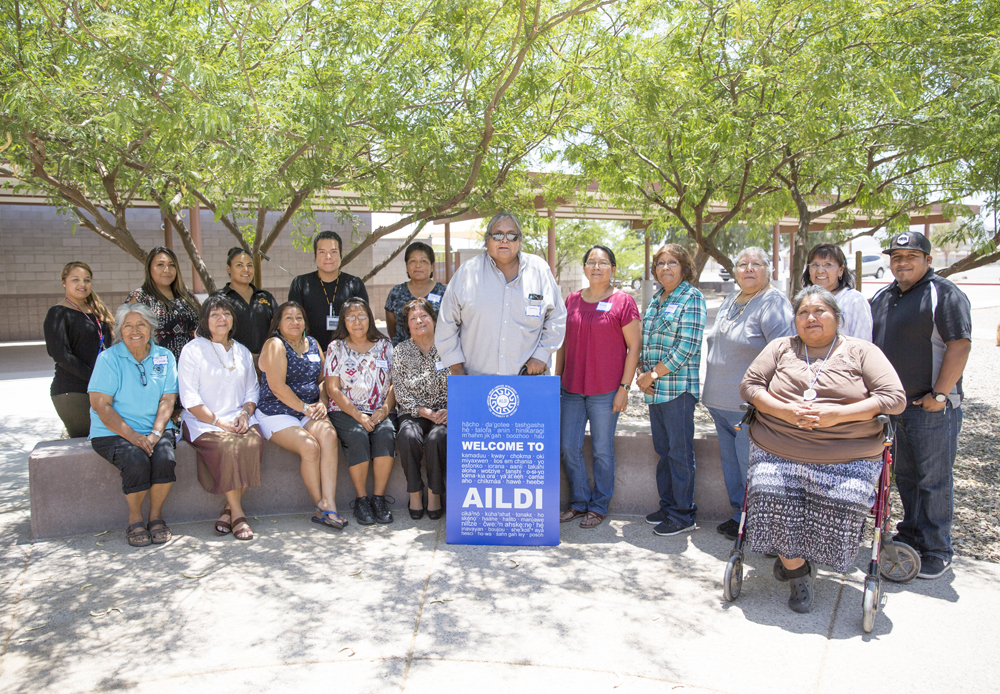 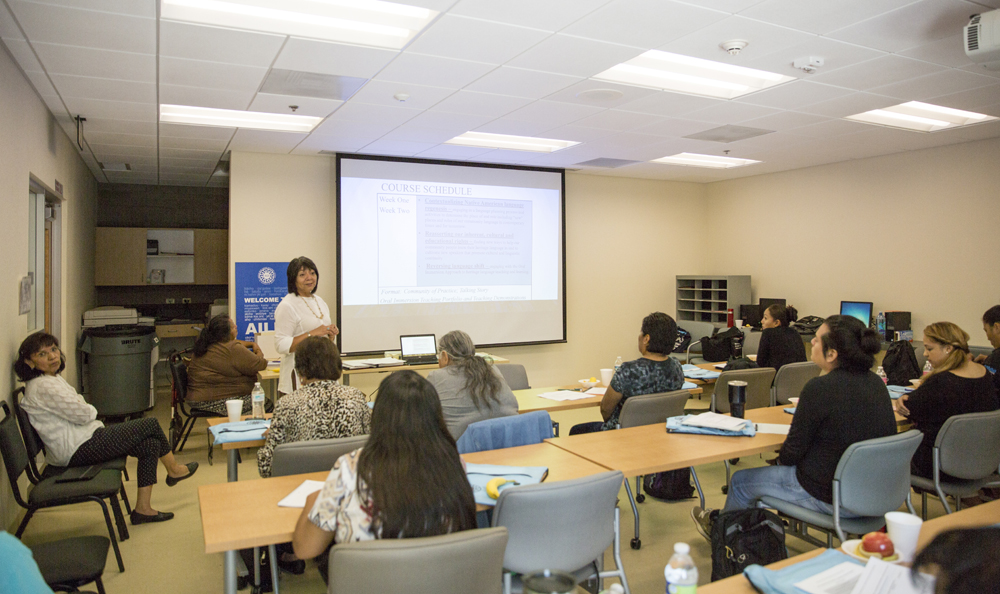 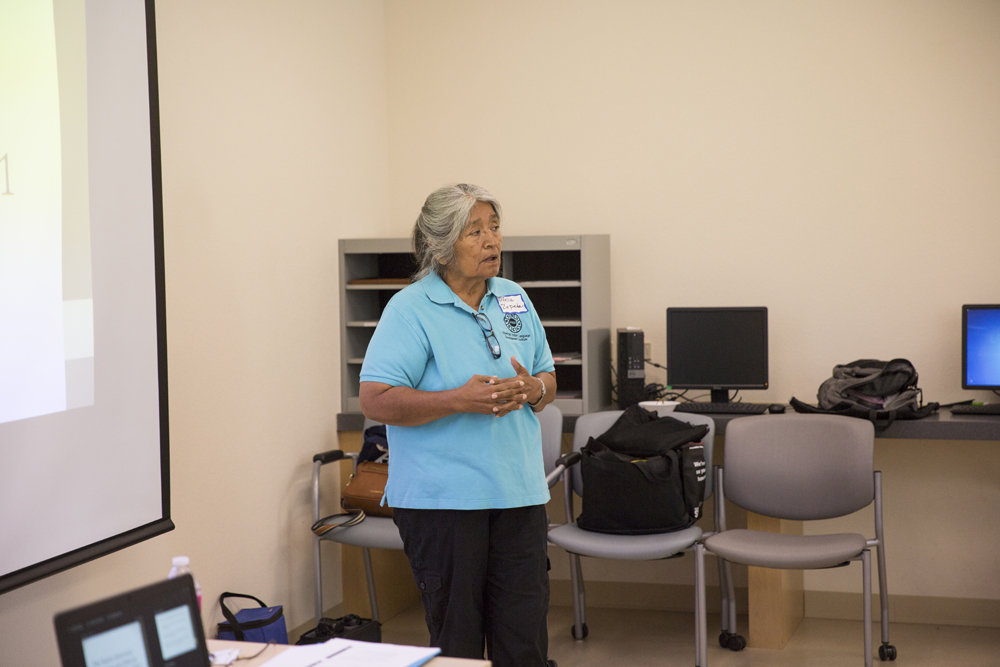