Gila River Indian Community Gov. Stephen Roe Lewis signed a $6 million five-party partnership agreement on July 15, to stabilize Lake Mead’s water levels by leaving 40,000 acre-feet of the tribe’s 2017 Colorado River allocation in the lake, where it will be saved in the Colorado River system.

The Community will assist with the Lake Mead preservation efforts and also recieve financial benefits.

“The first positive is that this agreement allows the Community to generate income today from water we otherwise would have stored off-reservation to create long-term credits for future marketing. This revenue will help our economy right now, in the present, without sacrificing our future or our water.

“Second, this agreement helps conserve water in Lake Mead. That conservation effort benefits our people and every resident of Arizona by helping to protect the Colorado River and our water future.”

Added Governor Lewis: “Given the central role of water in our economy and our culture, today’s agreement is truly a cause for celebration.”

In return, the tribe will receive a total of $6 million from the four participating signatories, which include the United States Bureau of Reclamation (USBR), the Arizona Department of Water Resources (AZDWR), the City of Phoenix, and the Walton Foundation, Inc.

An ADWR press release said the participating parties have agreed to pay the tribe for its conservation effort, with the state of Arizona contributing $2 million, the city of Phoenix $2 million, the USBR $1 million, and the Walton Foundation $1 million.

At the signing, which was held at the ADWR in Phoenix, Ariz, Gov. Lewis said the agreement was an important step towards addressing issues caused by the region’s persistent drought.

“I want to thank everyone sincerely for being involved in making today’s agreement happen, to help protect the Colorado River and secure our water future,” he said. “Back in March, the Arizona Department of Water Resources, the city of Phoenix, the Walton Foundation, and the Community agreed to work together to address the persistent drought impacting our region. Through our collective efforts and with the cooperation with the Bureau of Reclamation, we were able to reach an historical agreement to conserve another 40,000-acre-feet of Colorado River water to help protect Lake Mead’s water levels,” Lewis said.

He noted the agreement, will help conserve water in Lake Mead, which benefits all residents of Arizona including GRIC, and allows the tribe to generate income that will help its own economy.

“Given the central role of water in our economy and our culture, today’s agreement is truly a cause for celebration,” Lewis said in the ADWR press release.

The release said the five partners see the agreement as a down payment for an Arizona-based plan, which will aid in protecting the Colorado River system reservoir from years of drought that have caused water levels to rapidly drop in recent years.

The plan, which is called the Drought Contingency Plan, is an effort by local Arizona leaders to keep Lake Mead’s water levels above the first shortage trigger, which has been set at an elevation of 1,075 feet.

According to Terry Fulp, Regional Director of the Bureau of Reclamation’s Lower Colorado Region, as of today Lake Mead’s current elevation is 1,079 feet, just four feet from the first shortage trigger, which will cause the federal government to declare a water shortage and begin a reduction in water supplies to surrounding states.

Fulp said contributions from different leaders from Arizona and surrounding states have added up to 750,000 acre-feet of water being kept in Lake Mead this year, which comes out to around 15-feet of water retained in Lake Mead.

“Some might say half-a-foot, is that really historic, is it that important? I think the answer is absolutely yes,” he said. 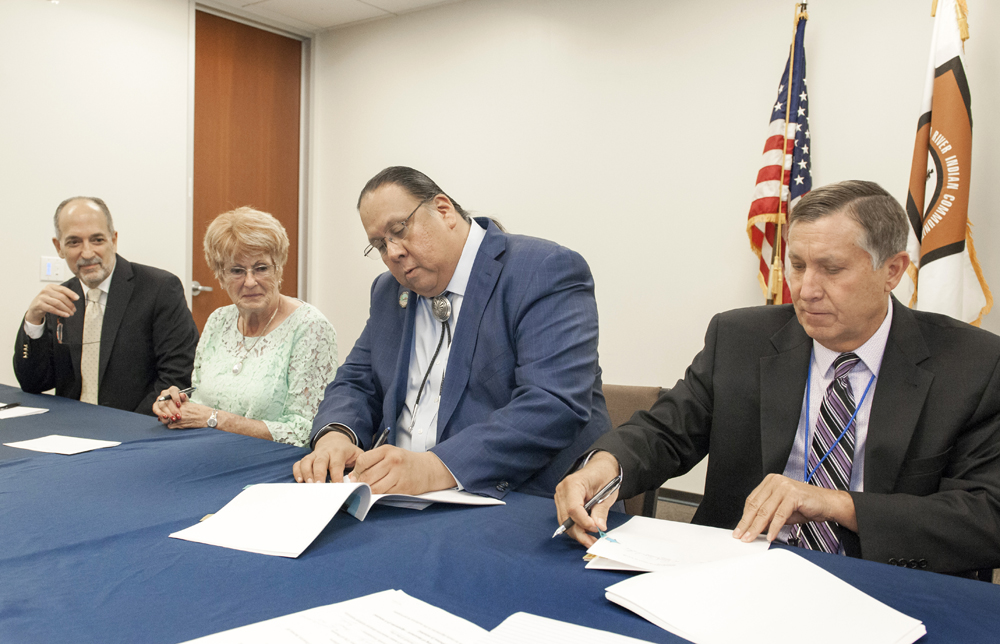 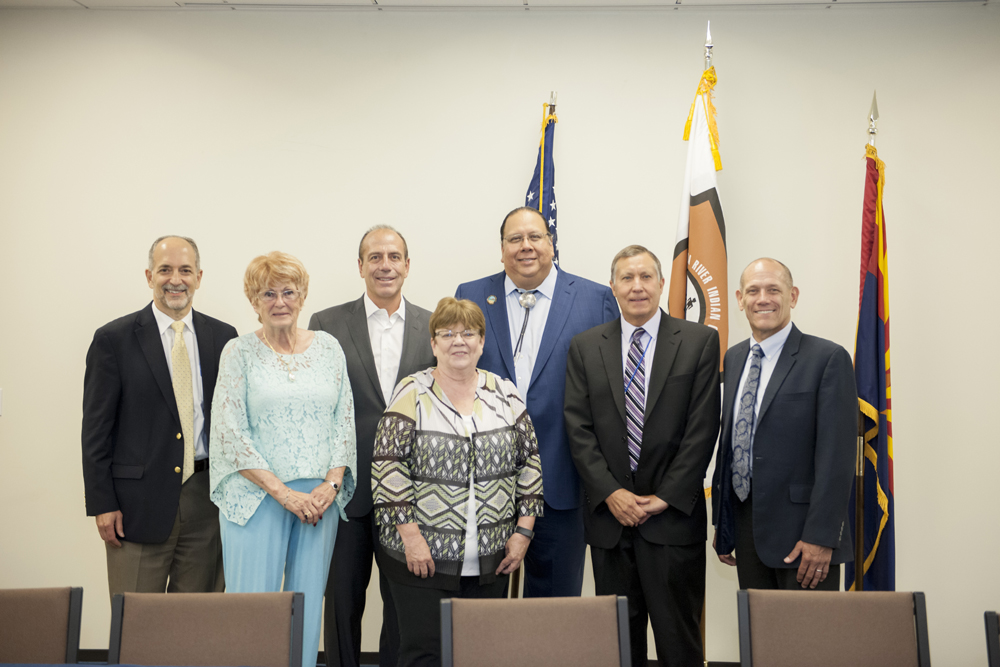