While 128 teams were battling it out on the court for the 15th Annual Native American Basketball Invitational, 100 incoming high school freshman, six from the Gila River Indian Community, were hard at work training with NBA legends at the Jr. NBA Youth Camp at NABI for Native American Youth held at the Copper Sky Recreation Complex in Maricopa, Ariz., from July 10 – 12.

The camp is a spinoff of the NBA’s Basketball Without Borders international program, which has hosted basketball camps in 30 cities, 25 countries, and six continents.

GinaMarie Scarpa, NABI President and co-founder, said because Native American communities are sovereign nations they fall under the NBA’s global initiative, which is how the Jr. NBA Youth Camp at NABI for Native American Youth initially came to life.

During the short but intensive camp, NBA players and staff worked with the young men and women to develop their game, from ball handling drills to improving their defensive skills.

On July 12, former Phoenix Suns forward, Ceballos, stood in the center of the recreation center’s indoor basketball court with kids sitting around him in a semi-circle intently listening. He explained to the kids the camp is not to just learn about basketball, it is to learn about yourself and how to positively move forward through life.

“The biggest thing is just getting around other kids, so they can get some competition in,” he said. “Sometimes you kind of get stuck in your own environment playing against the same people all the time, when they have camps like this for Native Americans all over the [country], you see different faces, different styles of basketball, which helps you out too.”

Fourteen-year-old Mills, from District 5, said the camp helped her improve her skill on the court, and pumped up her motivation to continue playing the game.

“I learned how to square up to the basket, how to box out somebody, and to actually get the rebound and put it back up,” said Jasmine. “They tell you things about what they did long ago, they tell you and it can encourage someone to actually come out and show the talent that they got. That is why they come out here and do these because they know we have the talent and ability to do it,” she said.

Coach Joerger, said the camp is just the beginning and they are looking forward to hosting more across Indian Country in the future.

“It’s a fantastic program, the NBA is very involved in all parts of basketball in the world and for them to want to put on this event through the Jr. NBA is just terrific,” said Joerger. “The vibe in the gym, the kids are having a good time, they are learning, not just about basketball but different aspects of the education part of it and it’s just a terrific deal.” 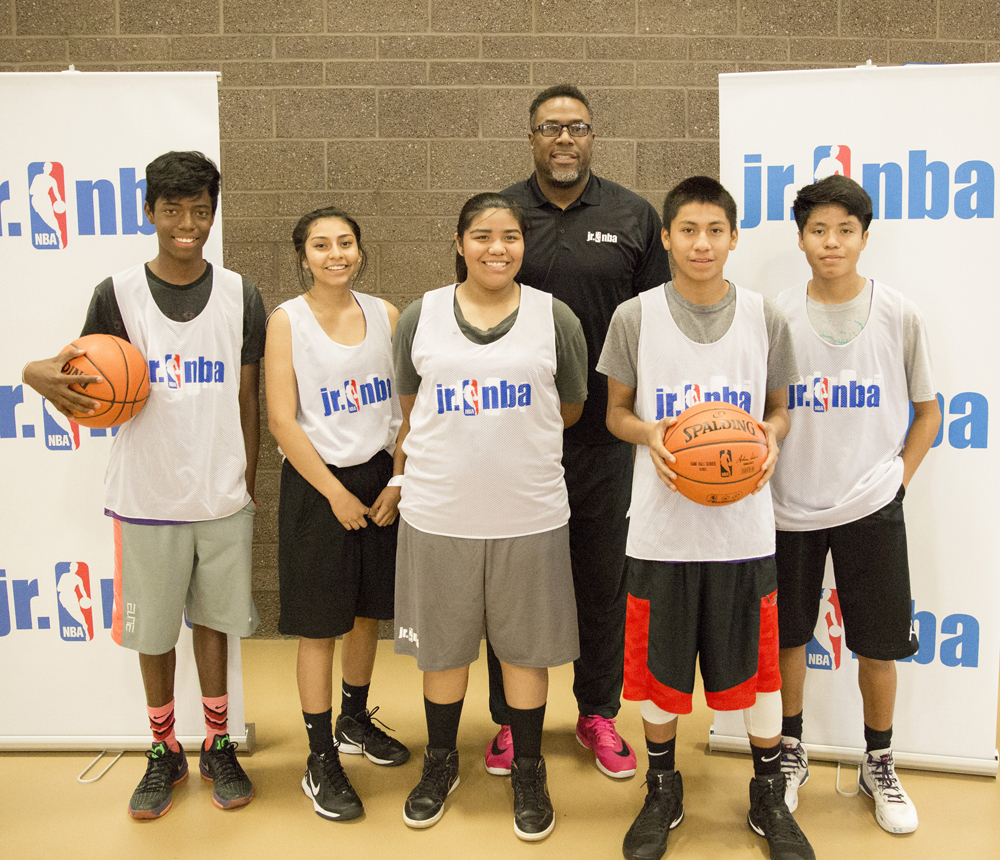 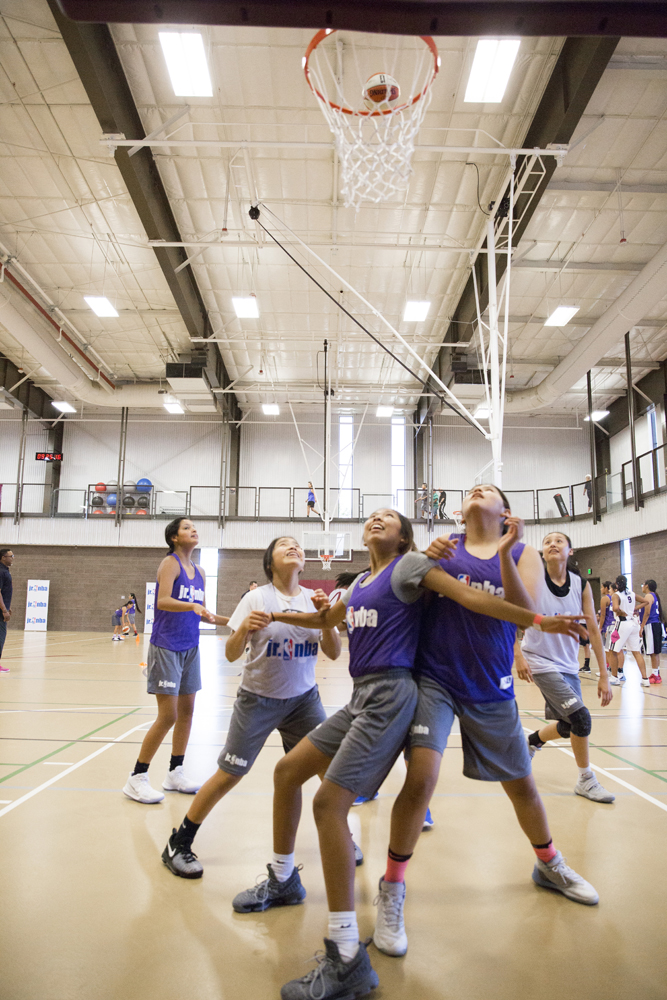 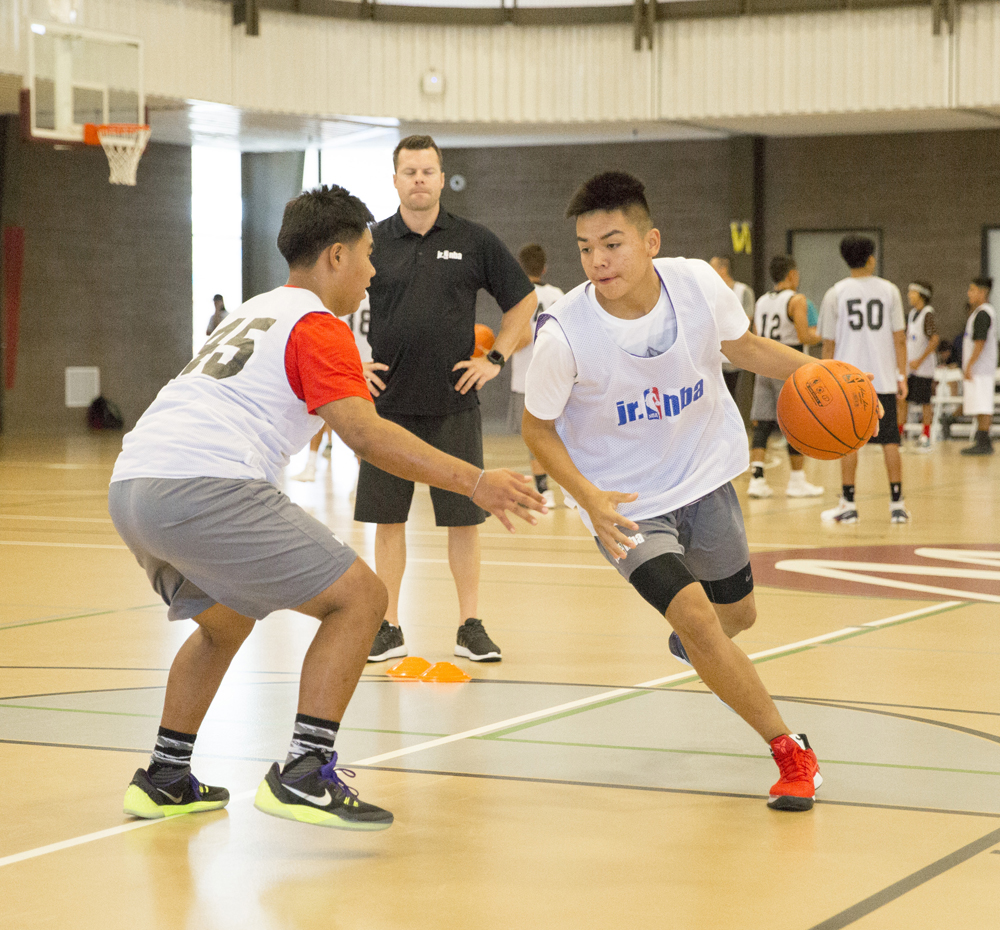 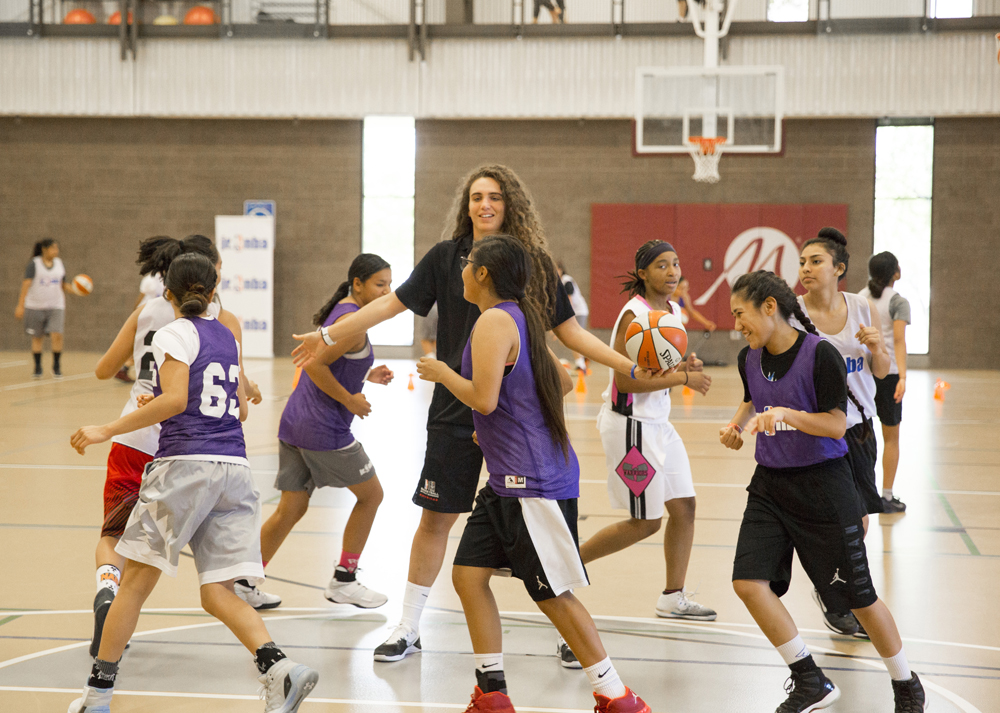 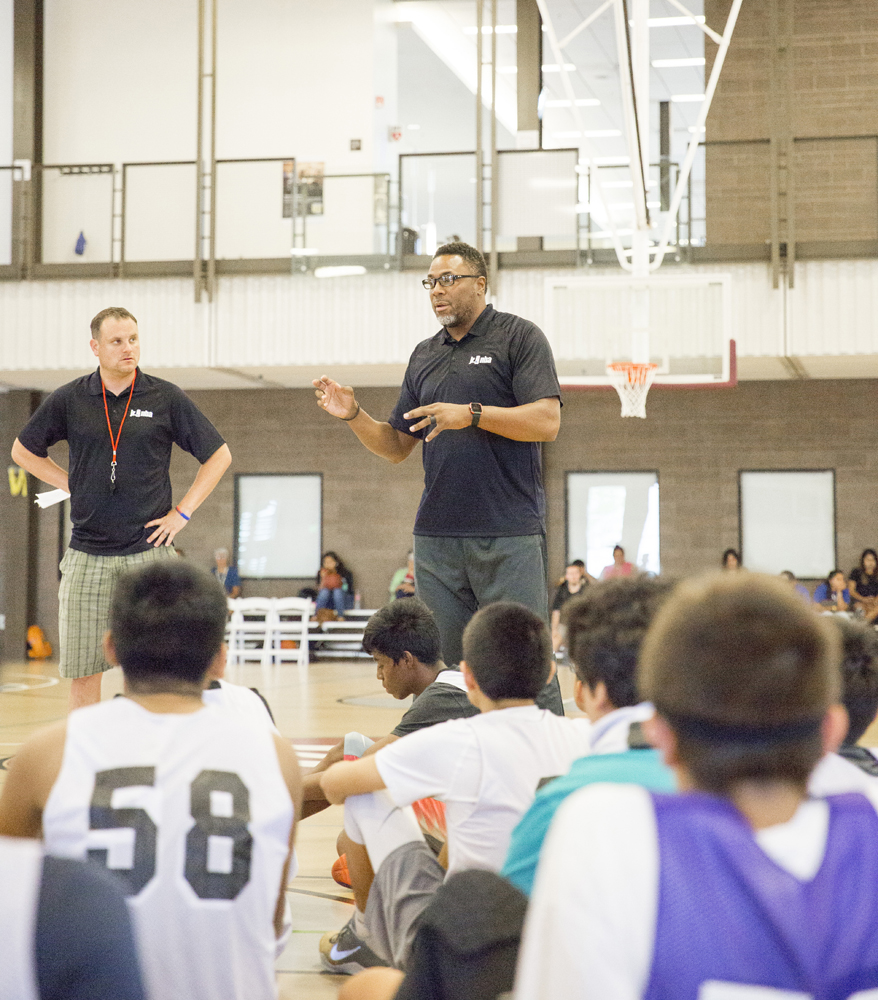 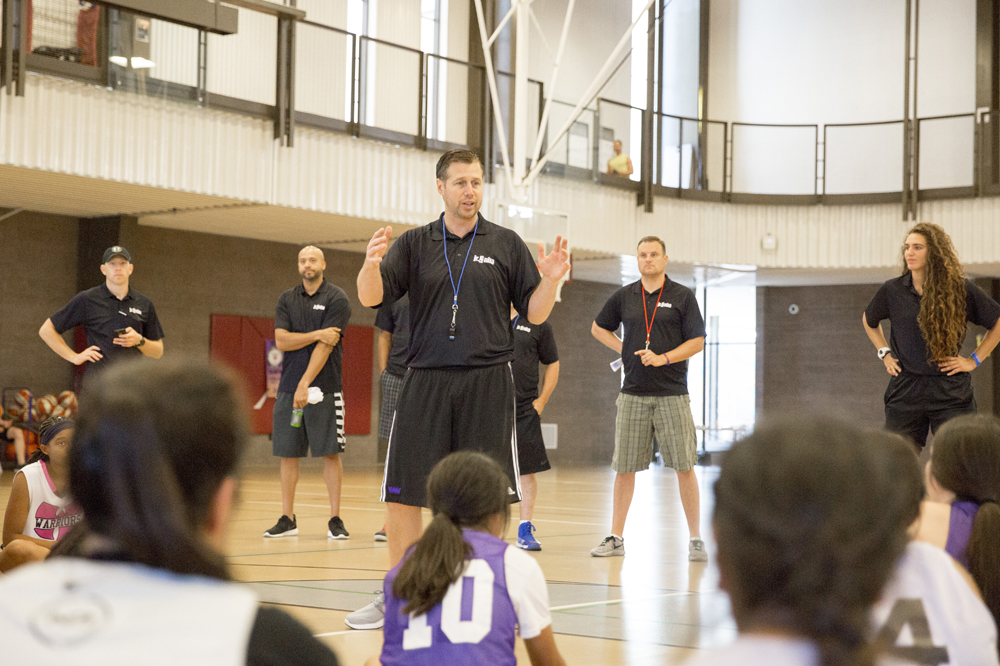