Barnaby Lewis, Gila River Indian Community Tribal History Preservation Officer and a regular of the event, said while celebrating New Year’s holiday on January 1 by counting down the last remaining seconds of the year, is a tradition for many western cultures, for the O’otham, he said, it is a celebration of the natural world and a time to recognize the coming of the monsoon rains and budding cactus fruit.

”(O’otham) would come together and share songs and dances, (which) many view as offering prayers,” said Lewis about how the New Year was traditionally celebrated in the past. “(Prayers) not necessarily for individual lives, but for all people, their survival in this harsh environment (and) to thrive and proposer within the forthcoming season,” he said.

The celebration kicked off in the late afternoon with a fiercely played toka tournament where female teams attempted to outscore their opponents. Fans of the game watched from the sidelines and at times had to jump out of the way of a far-flung ola, a game piece made from two pieces of mesquite wood tied together.

As the sun set and shadows turned to dusk, lights blinked on underneath a large white canopy set up within the fair grounds where dinner was served. Hundreds of guests sat down to a dinner of red chili, beans, potato salad, and chumuth and refreshing iced tea.

With bellies full and thirsts satiated, guests set up chairs, laid down blankets and settled in for an evening of traditional song and dance. A half-dozen singers sat in the center of the Cultural Circle singing a variety of traditional songs as basket dancers swayed and revolved in a circle around them.

Lewis, who regularly sings at the event, said this year they only had one group of singers who sang throughout the night.

But for the singing group Lewis was a part of that night, there was no backup. Only taking small breaks in between singing a variety of songs about orioles, swallows, black birds, and macaws, the group of men sang on through the night until sunrise.

“The spirit of the song always give us strength, that pride, that thankfulness,” Lewis said. “We are able to share and have the O’otham hear the songs, and become familiar with the songs, and to actually put into practice their himdag in dancing and experiencing the whole event,” he said.

Just outside the Cultural Circle, next to a crackling mesquite fire, men huddled together with eyes focused on the ground below, a traditional O’otham game of chance called gins at the center of their attention.

The game is played on a board fashioned from holes dug in the ground with players positioned in the four cardinal directions: North, South, East, or West. Players toss sticks into the air, and according to the markings on the sticks when they land, move their game piece around the board.

Players can place money or possessions in the center of the board with the winner taking all.

The sound of drums, singing, and the movement of dancers continued until the sun rose on the morning of June 18, when the O’otham New Years celebration ended and guests dispersed.

“I am very pleased that we have a great number of people that were interested in experiencing this activity and making themselves stronger in their way of life, our himdag,” said Lewis. “Over time the people that participate are part of cultural events and activities (and) they grow spiritually. That pride just gets stronger and stronger in remembering that we as O’otham are still maintaining our cultural and traditional song culture, dance culture, and our traditional way of life.” 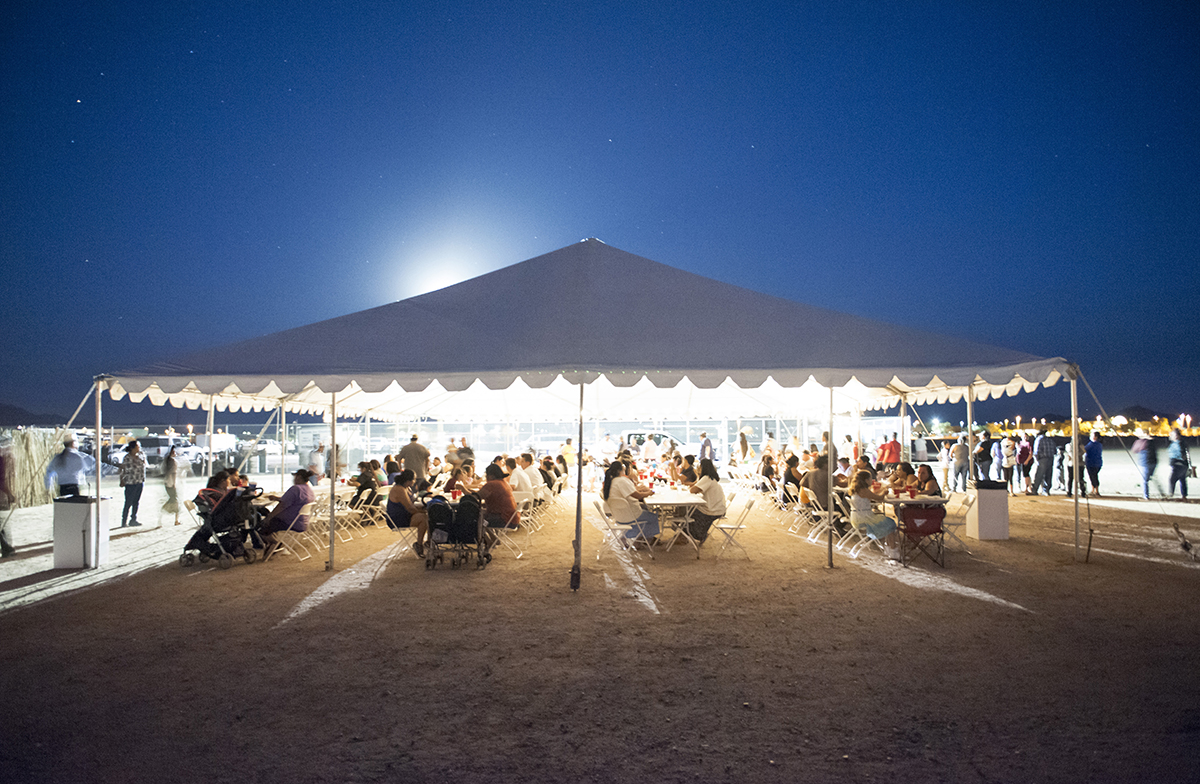 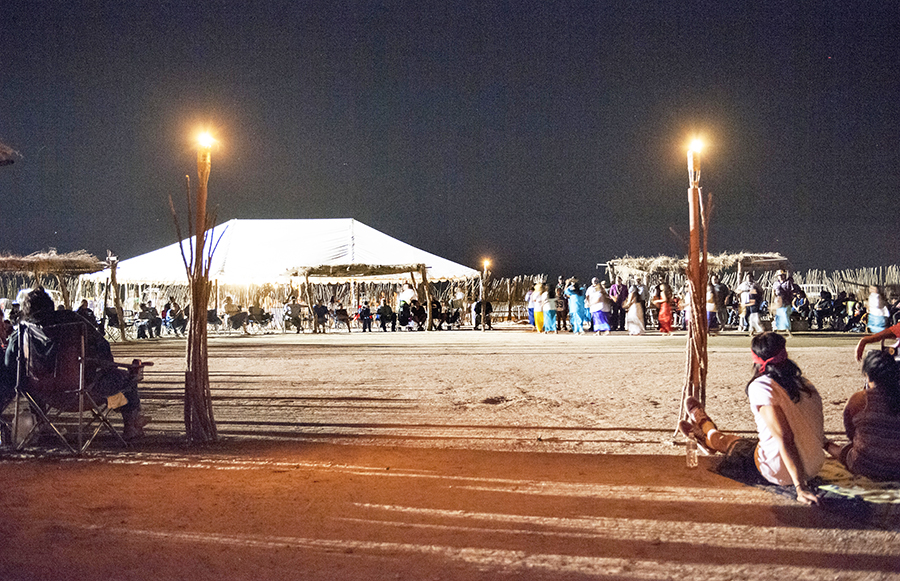