He said it was an honor to work for the Community and with his 28 years of experience, his goal is to protect the local environment.

“Regardless of whether it is air, water, [or] waste issues in the environment, my job is to assist all districts equally and to go wherever is needed to protect the Community,” Ohnweiss said.

While protecting the Community’s environment is Ohnmeiss’s main goal, he is also interested in creating a process within DEQ where members of the tribe who are interested in environmental protection can find entry-level work within the department.

“If you go to different state agencies or other tribal nations, they have departments but there is no real mechanism for anybody to come in [at the] entry level, learn the job, decide whether they like it or not, move up within the department and then all the way up to management, and maybe even director. That is what I want to create here in Gila River,” he said.

Ohnmeiss received his bachelor’s degree in microbiology from the University of Arizona. He spent the next year-and-a-half working in a medical laboratory then transitioned to an environmental testing laboratory where he worked for the next five years.

After graduating from the Arizona Law Enforcement Academy, Ohnmeiss worked for the Arizona Department of Environmental Quality (AZDEQ) as an environmental crimes investigator for the next 11 years. During his time with AZDEQ, he also served as manager, overseeing several environmental programs.

He was then offered the position of Executive Director for the Rural Water Association of Arizona.

Ohnmeiss then made his way to the Ak-Chin Indian Community where he worked as a water scientist for the next five years.

Ohnmeiss said he has a great staff at DEQ and is happy to be working in the Community.

“It is an honor to be here,” Ohnmeiss said. “I am going to serve everybody equally and fairly.” 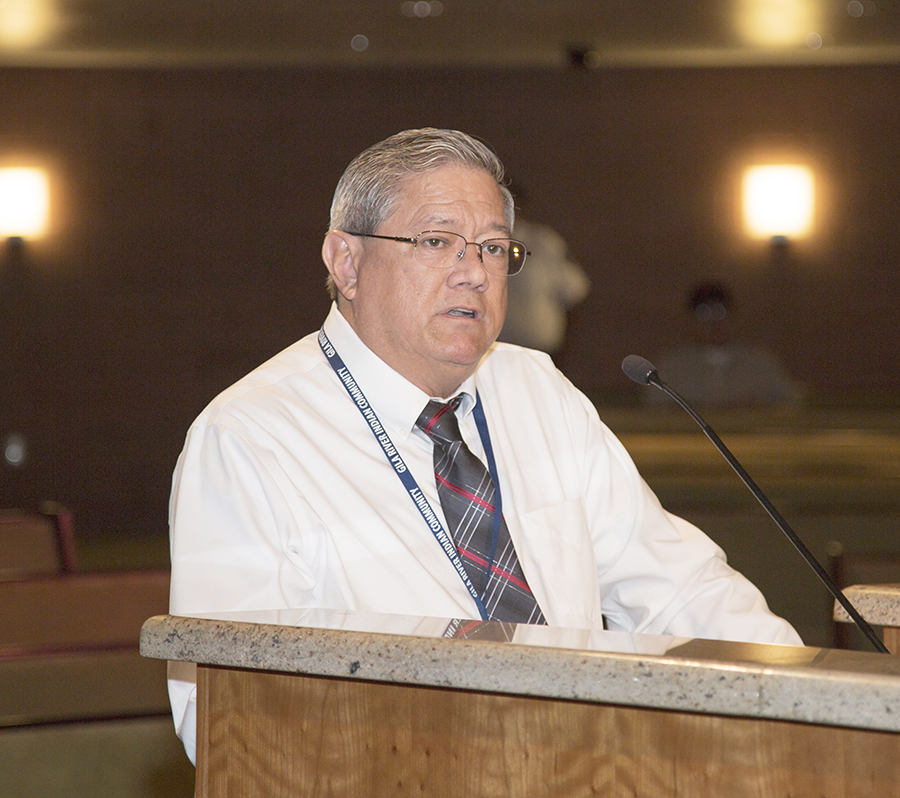