The Department of Environmental Quality’s Air Quality Program (AQP) visited the Governance Center on June 21 in an effort to provide outreach to Community members and educate the public about their Air Monitoring Network.

Leroy Williams, Environmental Engineer for AQP, said the program has gathered air quality data for the year of 2016 and is sharing the information with Community members.

He said the program is using the gathered data for regulatory purposes to determine the Community’s compliance with federal air quality standards.

“We started the program back in 2002, so we have data all the way back from (then),” Williams said. “We do this every year, see if we need to make changes, (like) add another pollutant that we would like to monitor.”

He said the two primary pollutants their program monitors in the Community are ozone and particulate matter, which are coarse particles created from crushing and grinding operations, road dust, and agriculture.

According to the 2016 Gila River Indian Community Ambient Air Quality Monitoring Network Review, there are three ambient air monitor stations within the Community. There is a station in District 6 located at St. Johns in a residential area nearby Gila Crossing North Campus School, District 5 in Casa Blanca near Casa Blanca Elementary School, and a station in District 3 near the Ira Hayes Memorial Library. All three stations monitor ozone and particulate.

“They are continuous monitors,” said Williams. “We have an instrument that basically does the calculations of what the concentrations of each pollutant is. For particulate matter, what (the monitor) does is it has a pump that pulls the dust from the ambient air, the ambient air goes through the monitor, it senses it and it gives you what concentration of what the different matter is. (It’s) the same for ozone, we have instruments that basically breathe like a human and it will give you (the concentration of ozone) there at that site,” he said.

Since 2002, Williams said, their data has shown a drop in ozone concentration levels in the Community. He said levels used to be much higher than they are now, explaining the reason for this may be due to the improvement in vehicle emissions and more stringent emission testing.

When it comes to particulate matter, it is too difficult to determine whether there is a trend of it getting worse or better. However, unlike ozone, which predominately comes from outside sources such as the Phoenix Metropolitan area and Interstate 10, there is one step Community members can take to lessen particulate in the air, especially during the drier months of summer.

“You don’t get a lot of moisture in June, so the soil starts drying out, the dirt roads become really dusty, which impacts our monitors,” Williams said. “Make sure that when (you) are driving on dirt roads, (try) to keep that speed limit to maybe 15 or 20 miles an hour. The slower you go, the less dust you make,” he said. 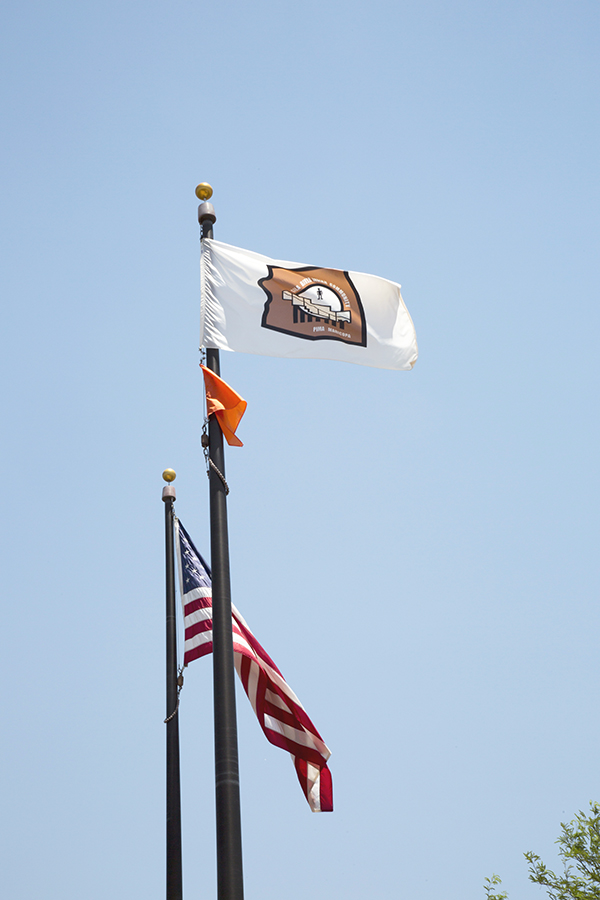