As broiling 118-degree temperatures blasted the surrounding desert during one of the summer’s most intense heat waves, over 30 skaters from all over the Gila River Indian Community made their way to the District 3 Skate Park, on June 21, to participate in a worldwide skateboarding holiday known as Go Skateboarding Day, hosted by Seven Layer Army Skateboards.

The event began at the skate park, where skaters of all ages performed tricks of increasing difficulty. Just outside of the skate park’s gates and under the shade of trees, parents watched their sons and daughters participate in a timed race, trick competitions, and prize giveaways.

Daniel Acuna, of District 1, was one of several parents who came out to support their child’s passion. He said skateboarding is a great way to keep his son Jacob busy while doing something he loves.

“Oh, I love it, it keeps him out of trouble,” Acuna said. “I take him skating as much as I possibly can, all events everywhere. We come out here every year and he participates every year, so I think it is really good for him.”

Jacob, who has been skateboarding for several years, said he has participated in three or four Go Skateboarding Days over the years, and his passion for the sport has become a family affair.

“It’s great because my dad and my mom and everybody in my family is just hyped about skateboarding because it is just something that gets everybody outside and there are competitions like this,” Jacob said.

When the heat reached record levels, skaters cooled off at a pickle slushy booth set up just outside the park’s gates, where they picked their favorite ice-cold treats. But while parents and skate fans watched from under the cool shade of trees in an effort to beat the heat, one skateboarder was unfazed by the summer heat wave.

Jay Reese, of District 5, whose talent is readily apparent to even the most casual skateboarding enthusiast, said skating is not just about doing tricks, it has an artistic side to it, where each skater can express themselves differently.

“I like the artistic side of it,” Reese said. “You just see things different from everyone else, every other skater sees something different. So, lets say you see a ledge, every skate might see [that] ledge and think about grinding it, and I might think about ollieing over it. You get to express yourself by doing tricks and that is what I really like about skateboarding,” he said.

The event moved to the Gila River Wellness Center’s basketball court where event staff set up wooden ramps and grinding platforms, where local skaters attempted to do their best trick in an effort to win prizes.

The day ended with a large prize giveaway of brand new skateboards, apparel, and other merchandise, all provided by the Gila River Indian Community.

Event organizer, Ruben Ringlero, who hosts numerous skate competitions throughout the Community, said Go Skateboarding Day is a holiday recognized by skateboarders throughout the world and they were there to represent the tribe and celebrate skaters from their own Community.

Ringlero hosts the skating events to provide motivation for the youth to go skateboarding in a positive and safe environment, something, he said, he and his friends did not have when they were growing up.

“My drive is the kids, the kids that skate out here in the community,” he said. “When I was growing up skating out here, we didn’t have anything like this, it was just me and my buddies, and we didn’t have skate parks,” he said.

“I’m older now and I just want to give back to the kids, I’m able to and the Community supports what we do, which I am thankful for. It keeps motivating the kids to keep skating and that is what I like to do, that is the full drive, giving the kids prizes and motivating them,” he said. 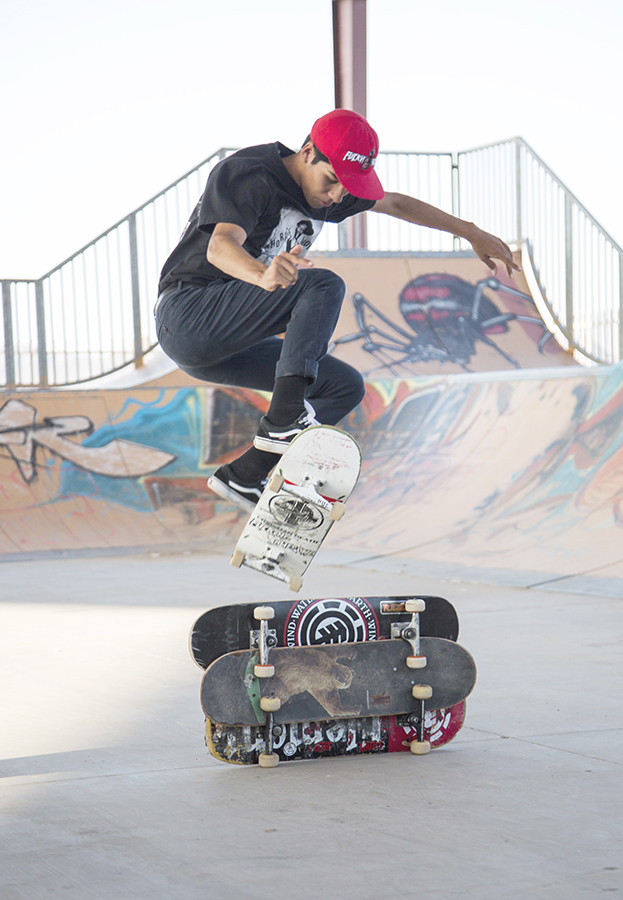 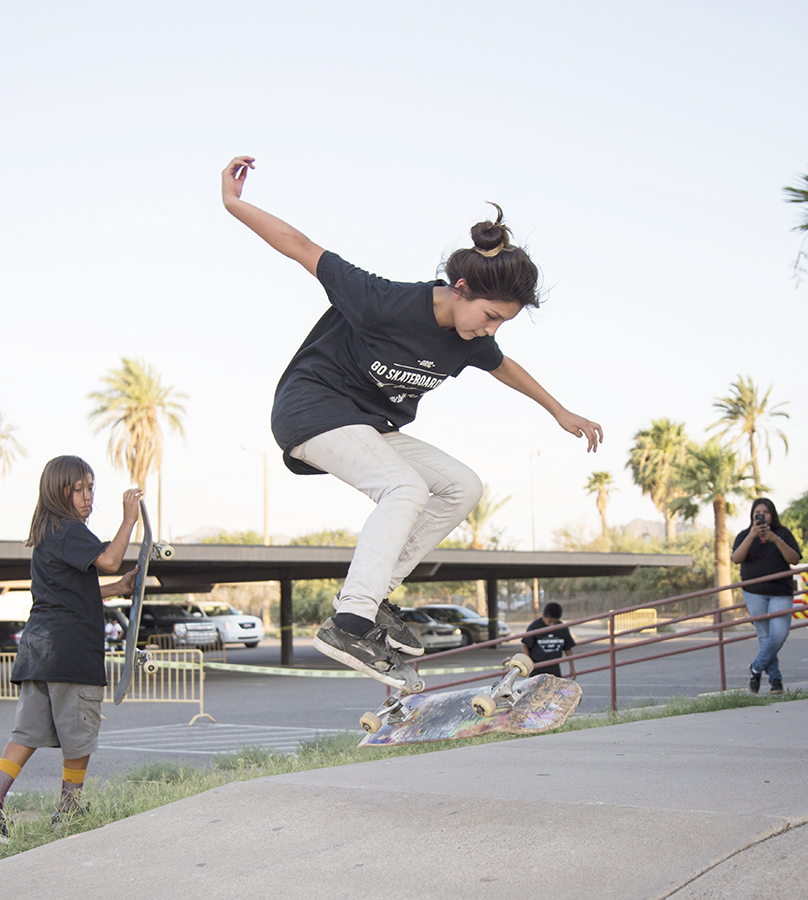 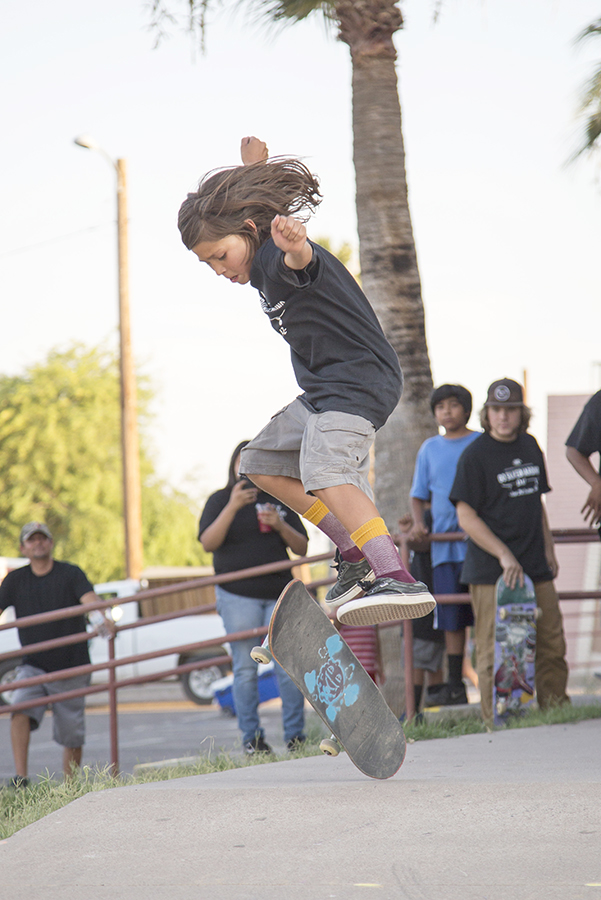 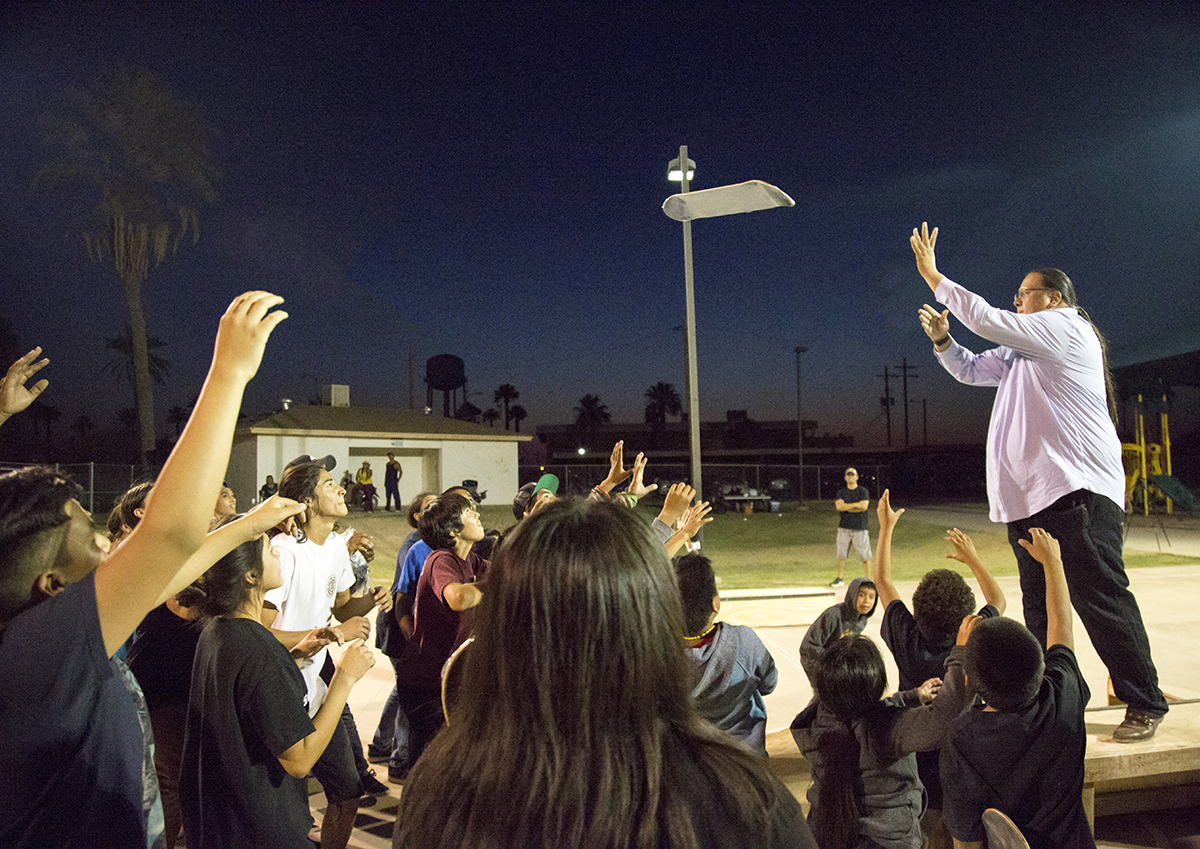 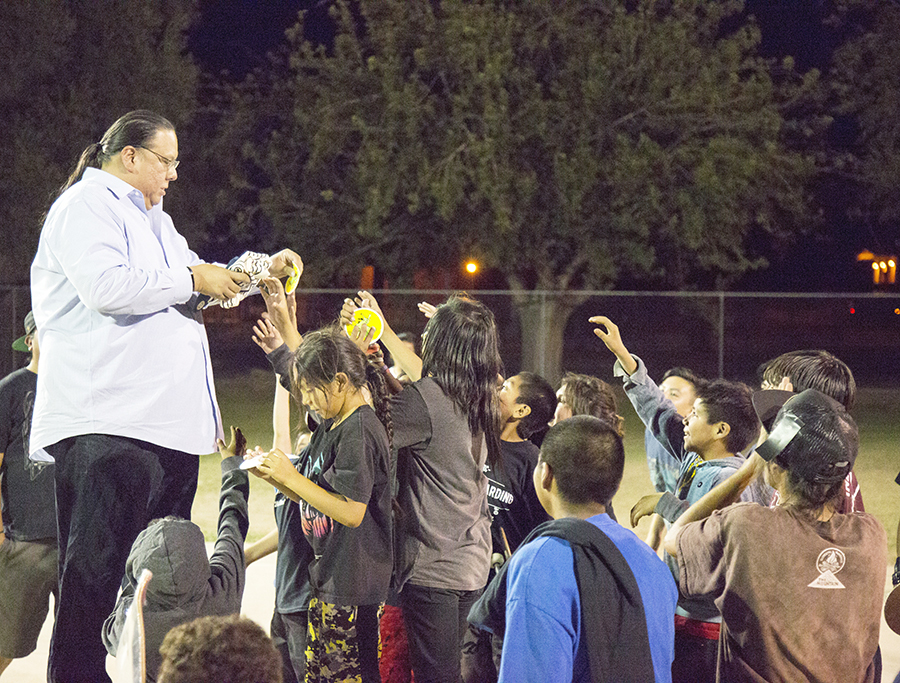