Donna Apodaca is Governor’s Employee of the Month for April

For the past 17 years Donna Apodaca has worked for the Gila River Indian Community’s Office of the General Counsel (OGC), beginning her career as a Legal Secretary 1 with attorney Rod Lewis and working her way up to Office Manager, she has experienced some of the tribe’s most important inner workings over the past two decades.

In honor of her dedication and loyalty to the Community, Apodaca was presented the Governor’s Employee of the Month award for April during a May 18 directors meeting inside the Community’s Council chambers.

Apodaca, who was unaware that she had been selected as GEM, was rendered speechless at the podium. Lt. Gov. Monica Atone supported her, saying she understood what it was like to be caught off-guard, and gave her own congratulations to the awardee.

“I know it is long overdue and the Community really does appreciate the service that you provide, thank you,” Antone said.

Shortly after the GEM award presentation, Apodaca spoke about the changes she has experienced during her time working at OGC.

She said when she began working, the office was located in the Executive Key off of Casa Blanca Road. During that time she worked as a Legal Secretary 1 under Rod Lewis, an experience she described as amazing.

Apodaca has done just about every job imaginable at the office, from setting up new employees, to handling contracts and budgets. Recently, her pet project has been to upgrade OGC’s interior.

She said the office needed a new paint job and nothing was on the walls, so she wanted to spruce things up a bit by adding a new coat of paint to the office’s walls and put up pictures that culturally and historically represented the Community.

“I wanted to bring the Community into the office,” she said. “We have so many meetings here, I wanted whoever walked into the office to get a little bit of background and appreciate it.”

When asked what it has been like to work with OGC over the past 17 years, Apodaca responded, “It takes a lot of teamwork to keep everything going, to make everybody happy. I think we have accomplished that in our office. I love working here,” she said. 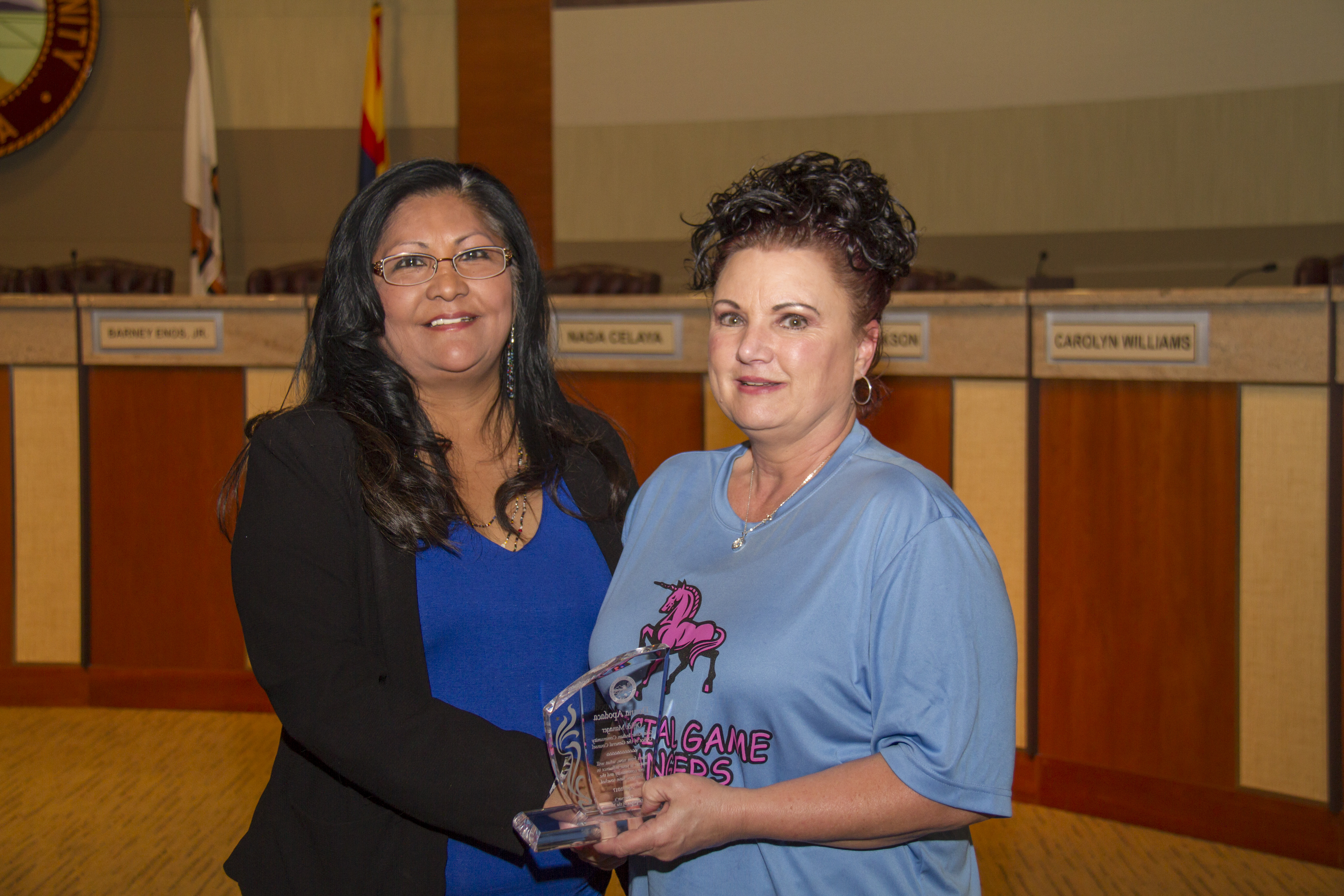