For the past 33 years, John Timmons has worked in just about every position in the field of education in the Gila River Indian Community, from advisor, to teacher, to administrator. On June 23, Timmons, who is currently Director of Community Relations for Sacaton Elementary School District #18, will retire after serving the Community’s youth for over three decades.

Born and raised in Southbend, Indiana, Timmons’s passion for education earned him a Bachelor of Arts degree in secondary education from Indiana University, and led him to the Sonoran Desert of southern Arizona where he obtained a Masters Degree in American Indian Education from Arizona State University.

“I specifically went to ASU for that program and that degree because I felt, back then, that probably one of the greatest needs in education, was in working with our Native American students,” said Timmons. “When I graduated with my masters degree at ASU I just had this inner feeling that in consideration of all the different kids in public schools the need [here] was probably the greatest,” he said.

Though he felt he could have the greatest and most positive impact working in tribal communities, at the time, Timmons had little experience working with Native Americans.

Growing up in Southbend, he never had the opportunity to interact with Native Americans, but that quickly changed after moving to Arizona, where he began working with urban Native students in the Glendale Union High School District for the next 2 and a half years, and shortly after, was hired as a vocational and technical advisor for GRIC’s Tribal Education Department for the next seven years.

From there, Timmons headed out to District 6 where he taught history, government, and English at the former Estrella Mountain High School. It was there, said Timmons, he built some of his fondest memories.

It was a small high school that initially consisted of one forty-foot modular building, housing an office and two classrooms, he said. Students would eat their lunch in the former St. John Indian Elementary School cafeteria and would play in the school’s gym for their sporting activities.

“It was very interesting working out there,” said Timmons. “We felt very isolated …because at the time our district office… was at the former Williams Air Force Base, 42 miles from the high school, so we rarely saw anyone from the district,” he said. “It was the feeling of remoteness and isolation, but at the same time, it was kind of fun. It was really enjoyable working under those circumstances, [it was] a very small but close-knit group of teachers out there,” he said.

In 1999, he began working for the Sacaton Elementary School District where he worked a variety of positions including as career advisor for the Gaining Early Awareness and Readiness for Undergraduate Programs (GEAR UP).

“GEAR UP, in my opinion, was without a doubt the best program this district has ever had,” said Timmons. “[It] was a program to encourage and motivate students to go to college. We did a lot of neat things with GEAR UP, with the students, working with parents, providing summer enrichment programs at both ASU Polytechnic and ASU Main, taking them on field trips to all three of our state universities, ASU, U of A, (and) NAU. That was a very good experience,” he said.

In his current position as Director of Community Relations for the school district, Timmons has been hard at work handling various tribal and corporate partners, creating a monthly district news letter, and managing any situations that develop between the school district and tribe.

But now, sitting in his office located on the grounds of Sacaton Elementary School, with walls adorned in mementos of past projects, Timmons is looking forward to his retirement and relaxing with his wife on the Big Island of Hawaii.

“We enjoy going to Hawaii a lot,” Timmons said. “It’s kind of an interesting thing because…the thing about Hawaii is that I feel very comfortable there, I almost feel like I am back in Gila River. There are a lot of parallels between Hawaiian culture and O’otham culture, there truly are.”

After traveling with his wife for some rest and relaxation, Timmons plans to catch-up with his hobbies of raising succulents and cactus, and spending some time on the airwaves as a licensed amateur radio operator.

Timmons said he has enjoyed his time working in the Gila River Indian Community and has learned a lot about both O’otham and Pee Posh culture and history. He said he encourages the people of the Community to stay strong just like their ancestors, and the Community has a lot to share with the outside world. 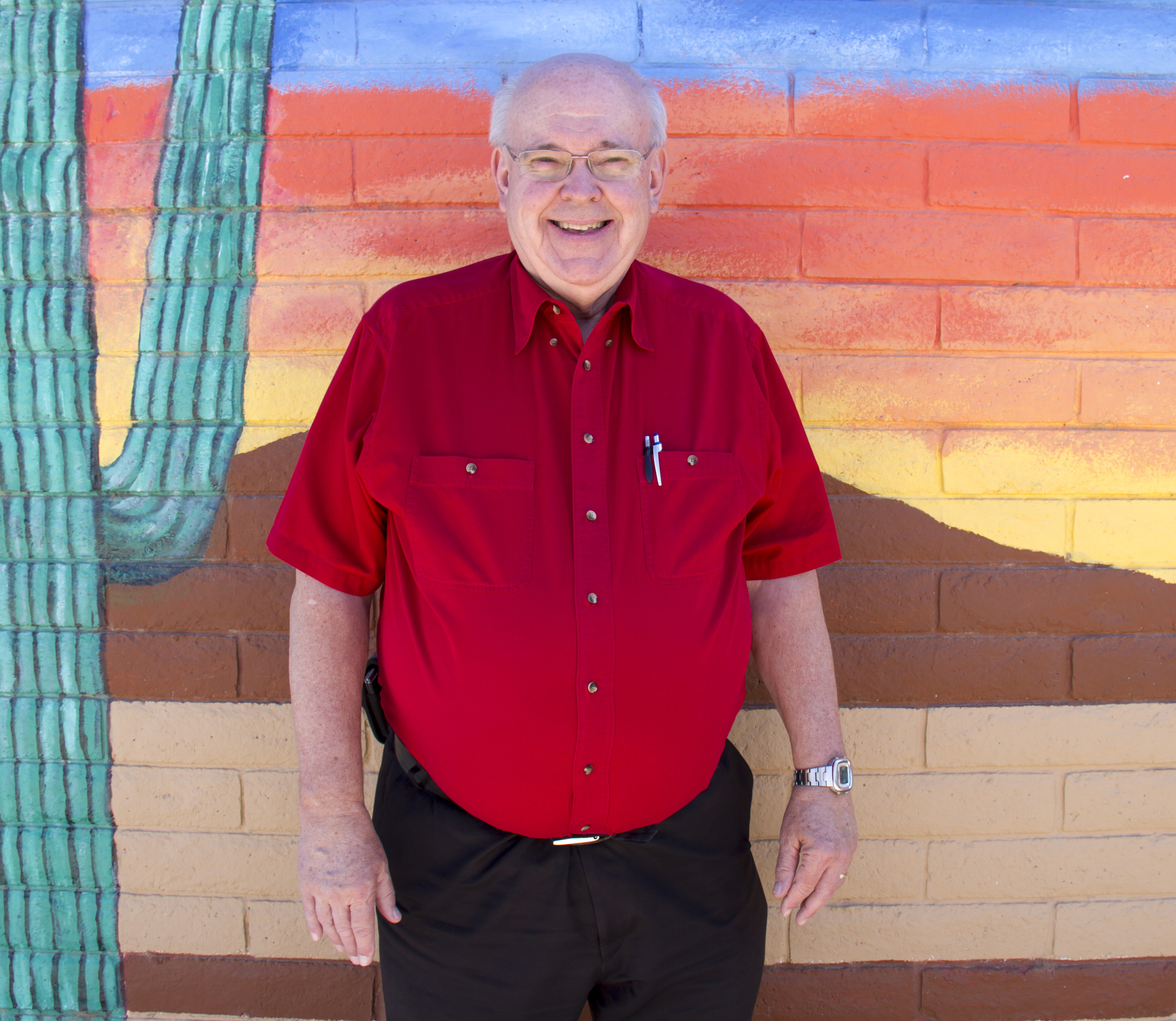