The summer solstice marks the O’otham New Year, a time to celebrate the changing of seasons in anticipation of monsoon rains and abundant harvests.

This year, the solstice falls on June 21, but for the sake of convenience, the O’otham New Year Gathering will begin at 8 p.m. on Saturday, June 17 and last until sunrise on June 18. The gathering will be held at the Cultural Circle of the Sacaton Fair Grounds, where the Mul-Chu-Tha takes place. Thoka games will begin at 6 p.m. and food will be served at 7 p.m.

Make sure to pack some folding chairs and blankets to stay warm. A thermos of coffee would help, too, and dancing shoes are a necessity. Leave your worries of the day at home.

Families are sure to have a fun, relaxing time at the O’otham New Year Gathering. As evening turns to night, singers start calling out their songs and dancers begin to stir the earth.

According to Cultural Resource Officer Barnaby Lewis, the O’otham New Year is a chance for people to “renew those ties with the earth, the universe. Now with these kind of activities, we always offer prayers in the beginning [and] we offer prayers at the end.”

He said, “we provide other traditional religious practices at the closing…providing them the traditional blessing with the use of Shegoi or Creosote smoke…and we have a ceremonial fire burning all night during that time.”

He said while this time of year does hold some religious value, the gathering is also a chance to simply gather for a fun time, “listening to songs, dancing, seeing old friends, and feasting.”

Lewis is one of the singers who will keep the rhythm thumping all through the night. Over the course of nearly 10 hours, dozens of singers will sing hundreds of songs. Last year, he said, “There was a variety of different bird series songs that we sang, mostly because we wanted the people to hear the tremendous variety of melodies and tunes. … There are blackbird songs, swallow songs, oriole songs, macaw songs…all of these songs have stories in them, but [also] they’re all social dance songs.”

A few hours after everyone gets settled in, there will be a midnight feast. Outside the cultural circle, a ceremonial fire lights the night from dusk until dawn.

Lewis said, “Events like this remind us who we are as O’otham people and reasserts those cultural values and teachings from the days of our ancestors.”

He said, “I know that this helps to revitalize in the hearts and minds of Community members that their roots are here, right here on the land that they walk on today that our ancestors once lived and walked on too.”

The O’otham New Year Gathering is open to all O’otham communities, and they welcome their neighbors, the Pee Posh, to join as well. Lewis said Pee Posh have brought their bird songs to the gathering in the past.

Lewis said, “Community members that don’t always have opportunities to participate in cultural events, this would be a good opportunity because…that’s how they grow culturally in their minds and in their spirits.” He said, this is definitely one of the best chances to experience their culture with friends and family. 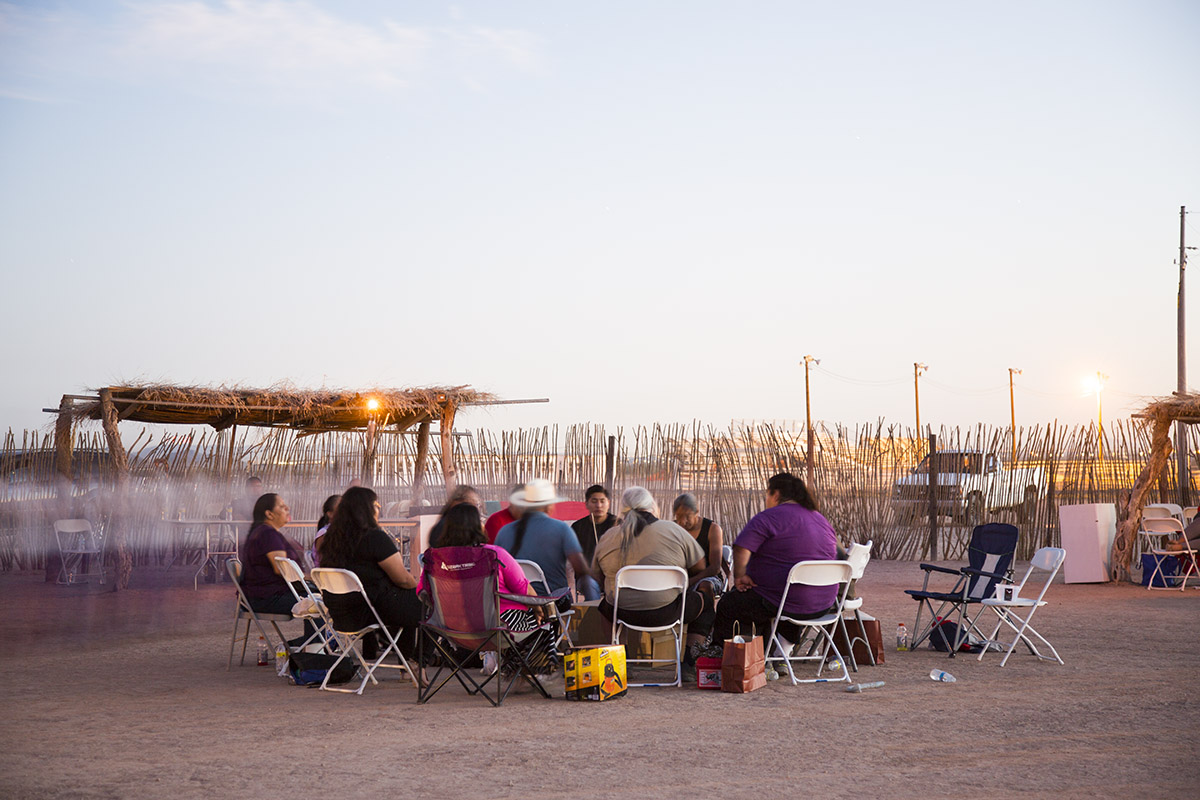