Within the desert habitat of South Mountain Park, lives an animal so elusive and secretive, that many visitors to the preserve never have the opportunity to catch a glimpse of the colorful creature.

Often mistaken for its venomous cousin the Gila monster, the chuckwalla, a lizard of large proportion, calls the mountain preserve home, with hundreds of thousands of the animals living within the park’s boundaries.

Now that construction of the Loop 202 South Mountain Freeway is underway, a number of the lizards are living in direct path of the new roadway and in danger of injury or even death.

Last September, the team relocated 50 chuckwallas and is looking to move an additional 65 animals this month.

Russell Benford, GRIC DEQ Senior Wildlife Biologist, is one of several biologists who have been working at South Mountain to locate, study, and relocate the large lizards.

“We are collecting as many chuckwallas as we can find just before portions of the Pecos Road section of the Loop 202 are being developed,” he said. “We are going in, sometimes literally a few weeks or even days before the bulldozers come in, trying to extract as many animals as we can, to save them, and to move them to a safer habitat where they won’t be impacted,” he said.

AZGF Wildlife Herpetologist, Daniel Leavitt, said the chuckwallas are not being moved very far from their habitats, with their new relocation sites being just uphill from their original territory.

“This movement will bring them into new habitat alongside their brothers and sisters that are just uphill from them in South Mountain Park,” he said. “So they will be relocated a couple hundred meters. Not very far from where they existed, but out of the way of harm.”

Relocating the large lizards several hundred meters may seem simple enough, however, the issue of finding the elusive animals is much more difficult.

“They are really hard to find and that is to their advantage because that is one of their main sources of defense,” said Benford. “We have some trained people who are really good at this kind of thing.”

He said their group spends a lot of time in the desert looking very closely in areas were chuckwallas like to hide, sometimes searching up to ten minutes in a single piece of habitat. This may seem like a reasonable amount of time, however, when adding in the immense area of land the lizards inhabit, the job becomes much more laborious.

In Search of Chuckwallas

From May 30 through June 2, biologists from DEQ, ADOT, and AZGF hiked the hills of South Mountain in search of chuckwallas to relocate.

On the morning of June 1, during one of their many outings to South Mountain, the group traveled to a temporary processing area where they measured the chuckwallas and took DNA samples.

The biologists measured the chuckwalla’s length and weight, “[which] together will give us a sense of body condition for the population, [and] how healthy they are,” Leavitt said. “In addition to that there is a geneticist who is taking tissue samples off of these animals,” he said.

Before releasing the chuckwallas, the team painted each of the lizard’s feet white so the animals can be re-identified during future surveys.

Chuckwallas and their DNA

The chuckwalla is a species of large lizard that can be found throughout the American southwest from southern California, to southern Nevada and Utah, western Arizona, Baja California, all the way to northwestern Mexico.

They reach lengths of over 15-inches, have wide flat bodies covered in coarse scales, and their thick tails taper to a blunt end.

The orange-tailed chuckwalla, which can only be found within the park’s sprawling 16,283-acres of native desert habitat, look different than other species of chuckwalla, with mature males sporting a black body and vibrant orange tail, while females having a mottled brown coloration.

“Our survey so far have only found [orange-tailed] chuckwalla to occur in South Mountain,” said Leavitt. “This one population is the only population with the orange tail variation.”

This striking variation has some biologists wondering if new genetic testing will show the mountain’s population of chuckwallas to be any different from others in the area.

“If we find that these chuckwallas are indeed genetically distinguishable from other chuckwallas in the region, that means that they might be considered…their own distinct population,” Benford said.

“They are very unlikely to be considered a separate species, but even a little bit of genetic and physical differentiation from other populations will help us, and other agencies, understand that this is a population that is special,” he said.

While the current thought among many biologists is that the orange-tailed chuckwalla is not a separate subspecies, based off of results from genetic testing performed in the 1980s and 1990s, new testing is being done to find out more information about the animals.

Whether future genetics testing finds South Mountain’s orange-tailed chuckwallas to be their own separate subspecies or just your regular garden-variety chuckwalla, one thing is certain, DEQ, AZGF, and ADOT have saved a large number of the lizards.

“They are really a gem in the desert here and are one of the ecological assets the Community has,” Benford said. “These chuckwallas are like no other chuckwallas in the world, and that is something to be proud of.” 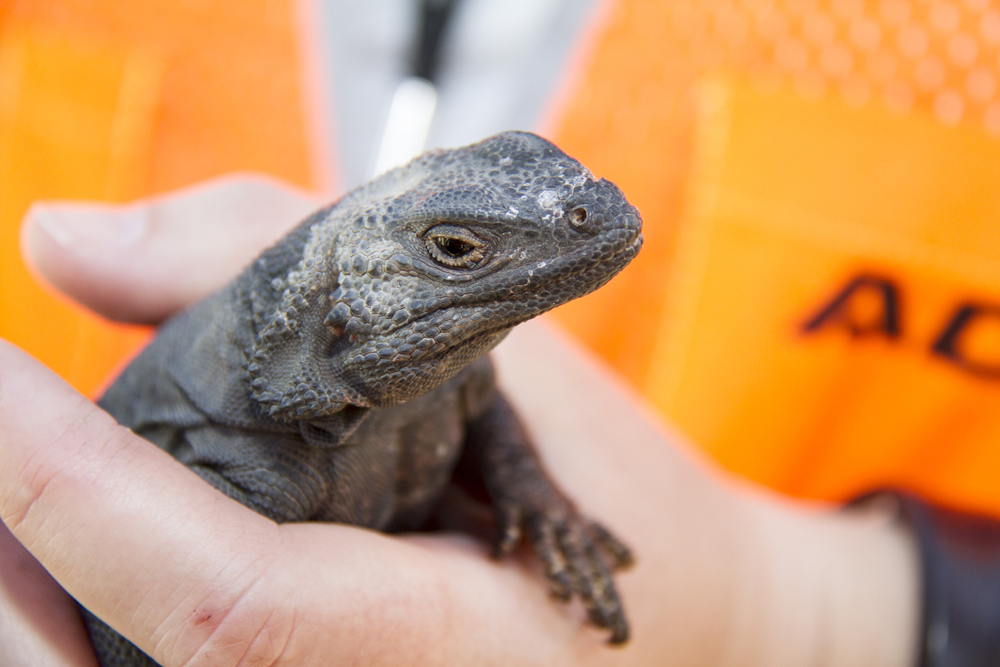 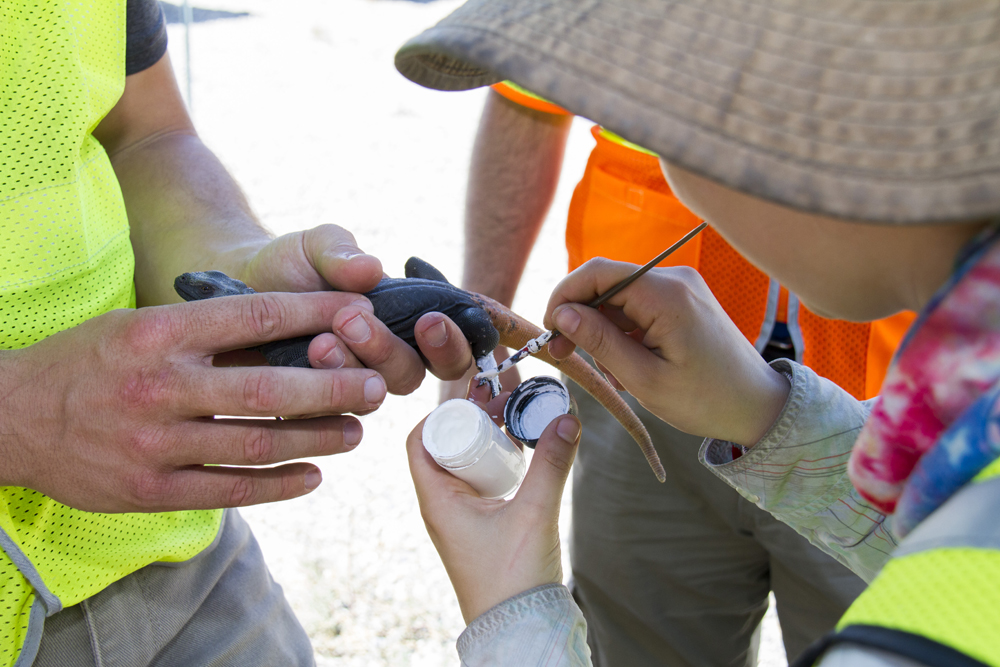 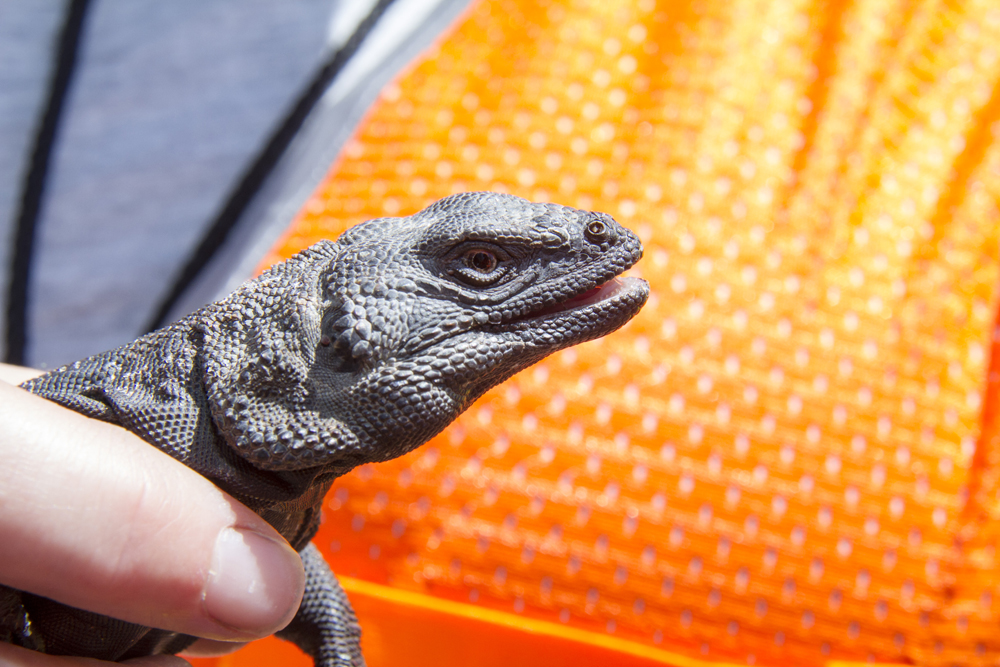 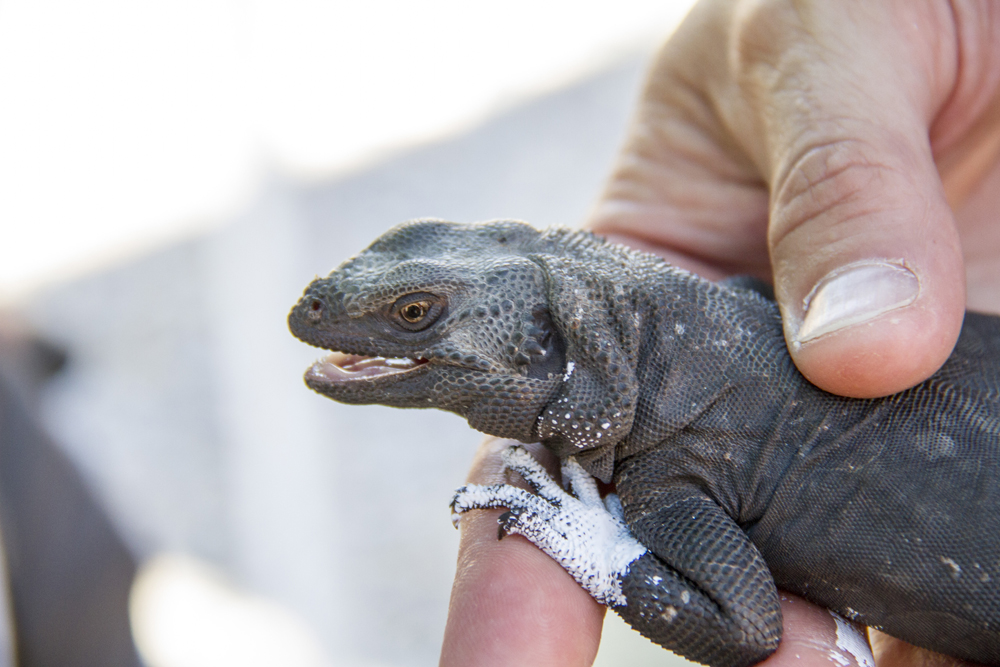 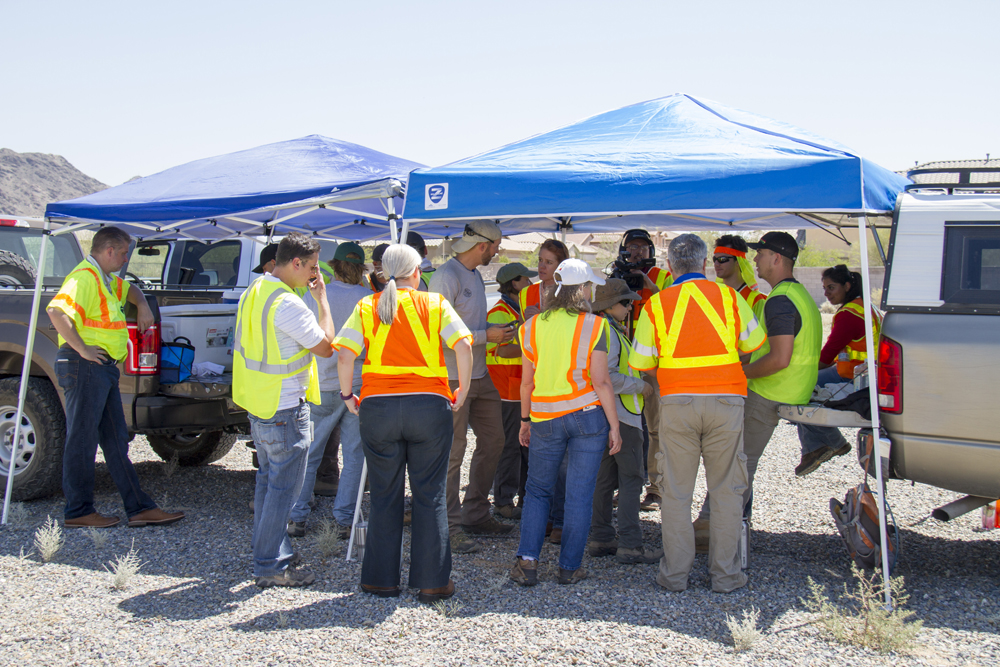 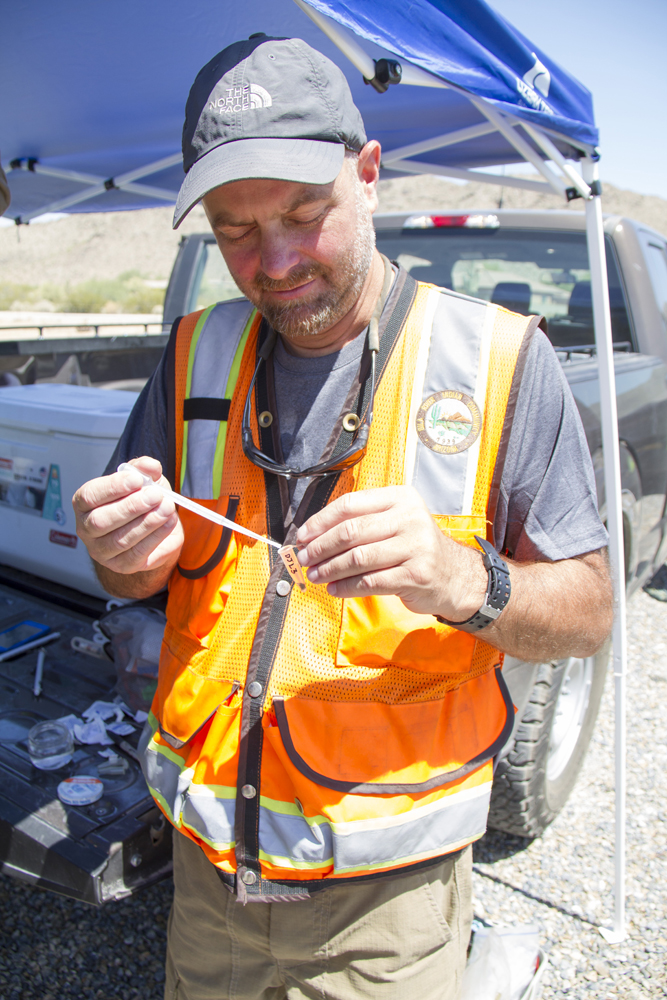