The Huhugam Heritage Center welcomed a special guest from Tibet to learn about local Native culture and to make connections between the two peoples.

During an impromptu visit, Phakyab Rinpoche, visited the Huhugam Heritage Center to learn more about the Akimel O’otham and Pee Posh cultures on June 6.

He said the Tibetans and Native people share similar history and struggles, and he was compelled to visit a local tribal community during his visit to the Valley.

HHC Museum Aide II Robert Johnson, provided Rinpoche with an overview of the history of the Community.

She said the HHC was the most direct way Rinpoche was going to get a full representation of the Community.

Johnson said the Community has always had a long tradition of welcoming visitors to its tribal lands, since the time of early Spanish explorers, 49ers and expeditionary forces by the U.S. Army.

At 13-years-old Rinpoche said he had a connection to Buddhism and its relation to spirituality with nature. This influenced his decision to enter a monastery when one opened in his town of Kham Tibet.

Rinpoche, who has advocated for the progress of his people, established a foundation called the Healing Buddha Foundation Endowment, which provides financial support for healthcare and education among the people of Tibet.

His organization also provides assistance to help rebuild monasteries that are disrepair due to political unrest that has plagued Tibet since 1950.

During his recent visit to the Community, Rinpoche shared how his native homeland has been in turmoil and that there is a need for education and health care for the people of Tibet.

He also wanted to learn more about the history of the Community, which included a tour of the archives that are home to artifacts from prehistoric times like wooly mammoth bones and tusks, to the Huhugam people, who inhabited much of central Arizona. He said for many decades Tibetans have been under the authority of the Peoples Republic of China’s government and that during the course of that leadership, many of Tibet’s monasteries have closed, due to the persecution of Buddhist monks, who fled to nearby India.

Throughout PRC’s control of Tibet, he said the number of Buddhist monks has drastically declined.

His personal story of perseverance and his mission to keep the Buddhist teachings alive have led him to many parts of the world from France to New York and the Community.

In 2003, Rinpoche immigrated to the United States to New York City to seek treatment for wounds sustained while held in a Chinese prison over several months.

Rinpoche said he had developed gangrene from untreated wounds in his right leg and foot and that doctor’s considered amputation.

“My leg was so swollen, that it hurt to move…I really didn’t want my leg to be amputated,” said Rinpoche, “With my condition, I thought I would try to meditate using what we call ‘Tsa Lung,’ to heal myself.”

Tsa Lung (channel, breath) is a series of exercises that are taught to Tibetan Buddhists to help them transfer the flow of energy to different areas of the body.

The process wasn’t easy and took several months and long days of meditating to heal his leg and body, without the assistance of medication or treatment.

“I was on crutches for most that time and it took a while to heal…it was a ‘bumpy river,’” said Rinpoche describing his road to recovery.

Rinpoche has traveled to several countries, sharing his story of overcoming his health struggles and how karma has been part of the journey of giving back.

He said, “The mind is powerful if you open it to other sources of healing…No matter if someone is young or old, you have the ability to see inner peace and compassion.”

Each of these components are what Rinpoche says he’s grown to understand and share with the people he meets, because it all ties back to Karma and seeing others develop the same attributes about life and self-worth.

Rinpoche thanked the HHC and TED staff for welcoming him to the Community and to tour the facility to see firsthand, what makes the Akimel O’otham and Pee Posh unique from those he has visited all over the world. 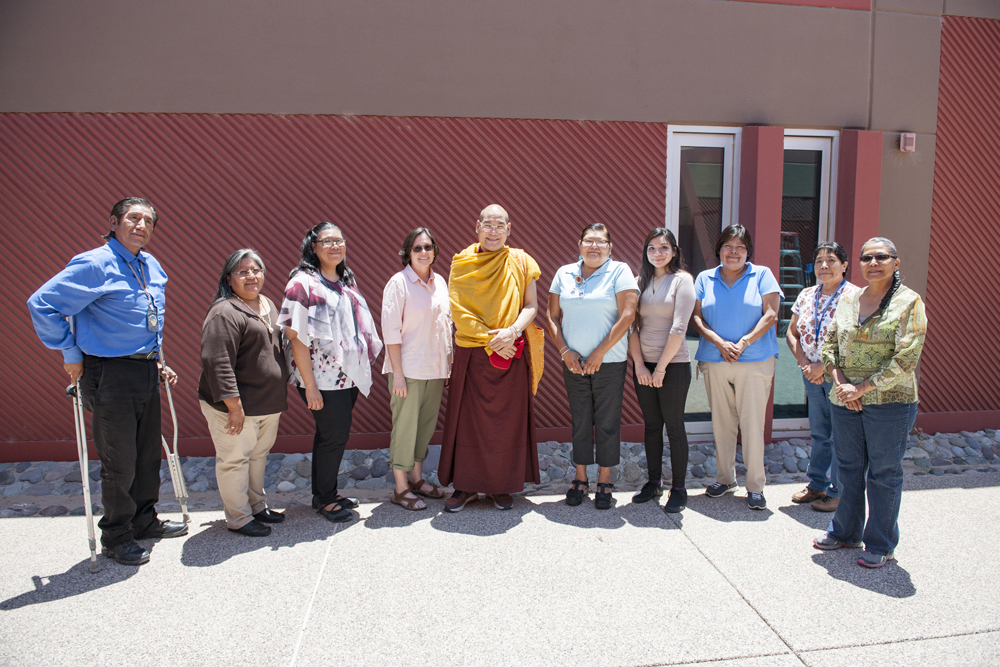 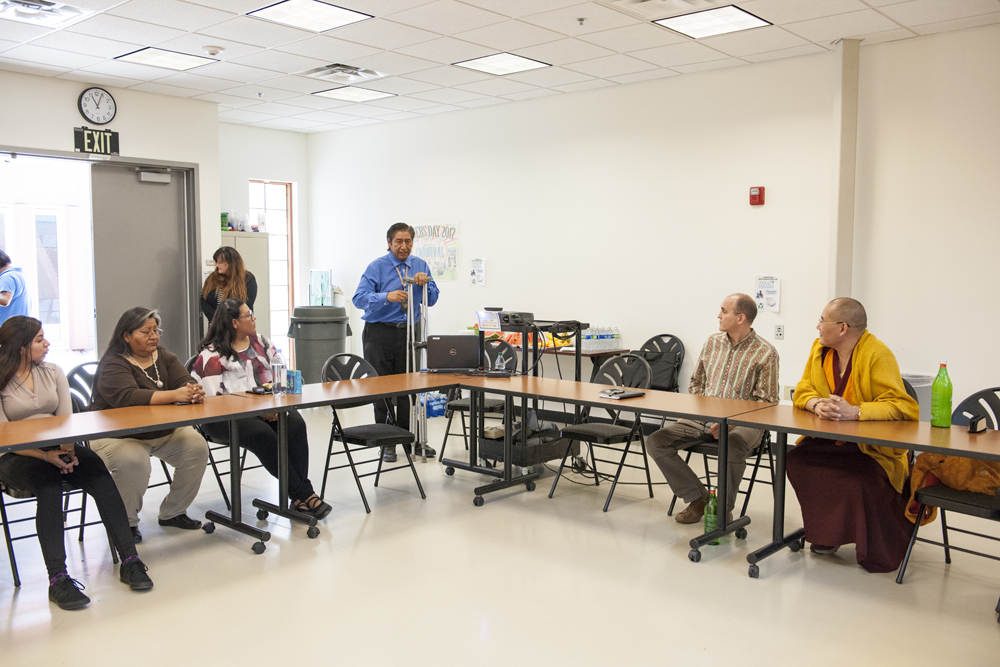 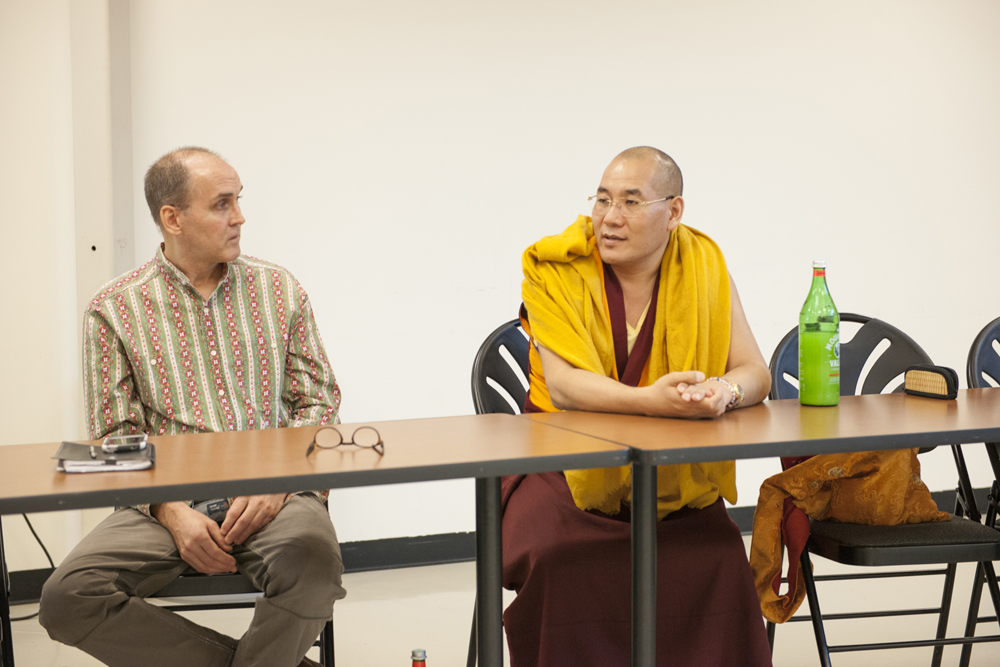 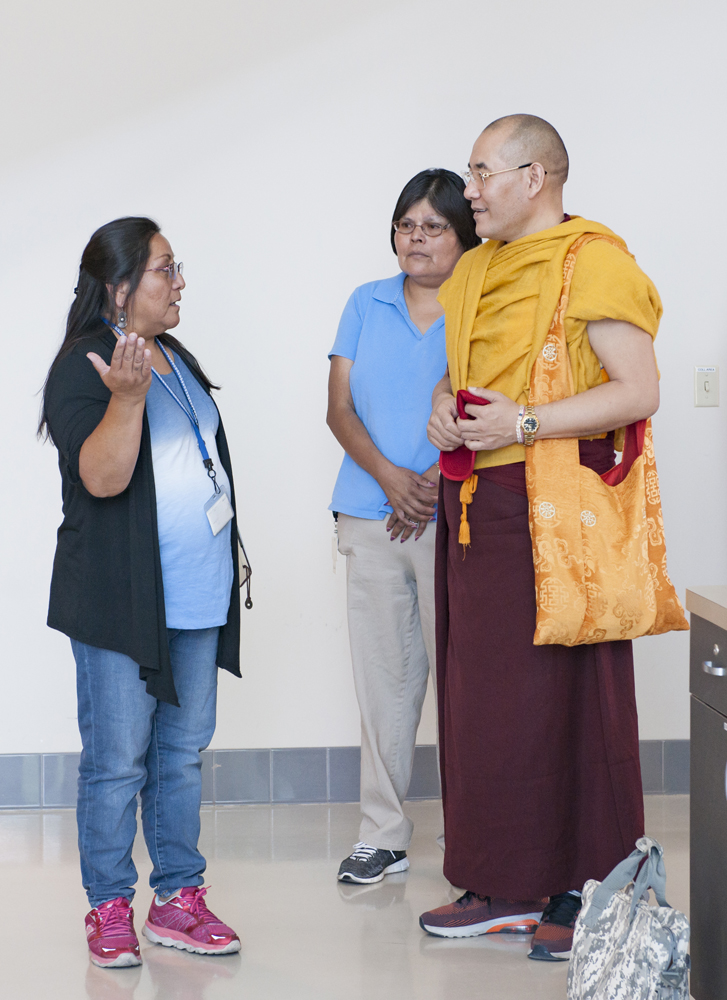