GRIN Articles > Where The Piipaash Walked

[Author’s Note: There are many ways to spell Pee Posh/Piipaash. In this article, we will use the latter spelling, Piipaash, because that is the version used by historian Harry Winters.]

The story of our ancestors is contained by the land they inhabited and revealed by the names given to places like the hills, valleys, and paths they crossed. Mountains like Kukupur Nyivash (Painted Rock Mountains) tell us how the Piipaash saw their world, while flat lands like Kwa’ak Mat (Catclaw Field) may have given the “Maricopa” their name.

Equipped with books, photos, and a PowerPoint slideshow, historian Harry Winters guided an audience of mostly Piipaash elders from the Estrella Mountains westward along the Gila River toward the Colorado River, pointing out place names in Piipaash and O’otham along the way. The Huhugam Heritage Center arranged the May 23 presentation, which took place at the Estrella Mountain Regional Park Nature Center and focused primarily on Piipaash names.

Winters began with a brief history of the Piipaash and O’otham along the Lower Gila River. He defined the Lower Gila as the segment of the river from its confluence with the Salt River in Laveen all the way to where it meets the Colorado River in Yuma.

“So starting on the Lower Gila,” he said, “if you go southwest from Buckeye, you follow the old highway to Gila Bend. There’s a hill out there, a very distinctive butte called Power’s Butte in English, and the O’otham call it Chuk Kavidk.” They called it that because a kavidk is a ramp-shaped hill, and it’s black, hence, Chuk Kavidk.

But, he said, “The Piipaash called it Vii Hash A’amp…and what it means is it looks like the mountain is lying on its stomach to drink water out of the Gila River.”

The next stop was Uupad Oidag or Kwa’ak Mat, Catclaw Field in O’otham and Piipaash, respectively. This is near the part of the river that bends west. Winters said in the 17th Century the O’otham may have mixed the two languages to call the Piipaash the Kwa’ak Mat Oba – oba meaning “non-O’otham person” in O’otham. The phrase may have transformed in translation from the O’otham to the Spanish to Cocomaricopa, and eventually shortened to Maricopa.

Following the river downstream, you will run into the Painted Rock Mountains, which the O’otham called S-wepegk because the rocks are very red.

“But the Piipaash called it Kukupur Nyivash,” said Winters. In his research with Piipaash elders, Winters was told that Kukupur is a spirit of some kind who made the Painted Rock Mountains his home. The Piipaash would go to Kukupur Nyivash to ask for something and if they didn’t turn and run away when a noise came from the rocks, it would be granted to them.

“So I’m going to jump now from that place all the way down to the Agua Caliente area,” said Winters. Agua Caliente was well known for its hot springs and given the same name, “Hot Water,” in all languages – Ha Kupinysh in Piipaash and S-toñ Shuudag in O’otham.

Winters said Father Francisco Kino, a Spanish priest and explorer who kept detailed documents of his 17th Century voyages into O’otham and Piipaash country, began his journey along the Lower Gila and worked his way eastward up the river. The first large Piipaash village he came to was across the river from Agua Caliente on the south bank of the river.

“And when he was there,” said Winters, “they gave him so much fish and grain and corn to take with him on the rest of his trip, he couldn’t even carry it. And they told him there were a lot of Piipaash on the other side of the river at Agua Caliente…but they couldn’t get across because the river was so wide and deep and fast their horses would drown. So they couldn’t cross it.”

After covering the Lower Gila, Winters backtracked and named a few significant locations along the Salt River area and the Middle Gila River.

The presentation was full of details and history. Winters has been studying the O’otham language since his teenage years and Piipaash for the past half-decade. The retired geological engineer is very familiar with the geography and geology of Arizona, and spends his spare time researching this history of the land from the perspective of the indigenous peoples who have occupied this corner of the earth for centuries.

He said, “I was always interested in the first people, the Native people. What did they think when they saw a place? What did they call it?”

Winters is generous with the information he is learning. He is working on a book, which he hopes to have finished in three or four months and ready for purchase not long after that. It will cover more than 70 place names in Piipaash and O’otham based on interviews he conducted with his Native American friends.

He told the class, “This book, I want everybody to understand, is not being written for money. It’s being written to make a record to capture everything we can while we can so that future generations will at least have that knowledge.”

He said, “I’m hoping that [the book will] spark people’s interest, they’ll realize that there is still a lot of information that’s available, that can be saved. … And so, if by seeing all this, it makes people start thinking about what they heard…we can keep getting it down so that the future generations will at least know to what extent the people occupied the land and what they thought about it and what they called it and what happened there.”

The audience included elders, scholars, linguists, and educators. Sherilyn Analla, Education Coordinator for GRIC Head Start Programs, said, “I was really fascinated with it because it shows that there’s a lot of history in the lands.”

Analla’s family is from District 6, not far from the confluence of the Gila and Salt Rivers, and now she works with the children from that area.

“I’m looking at it from an educator’s standpoint, how we can use the landscape to teach our children appropriate ways to behave or…just lessons about who they are and knowledge about their families that could be contained in that land.”

She said, “I think a lot of people don’t pay attention to that value in just being able to look at the lands [and] looking at place names because there’s so many reminders of who we are as a people and how we’re supposed to be.”

The land tells the story of who we are and where we come from. Our ancestors moved and traveled, but they have called this land home for centuries. Analla said educators could use the land and language to teach the history of the Piipaash and O’otham people.

“The kids would have a very different perspective on where they’re living and who they are and being able to make that emotional connection to the land,” she said. “It gives you a sense of place, a sense of belonging.” 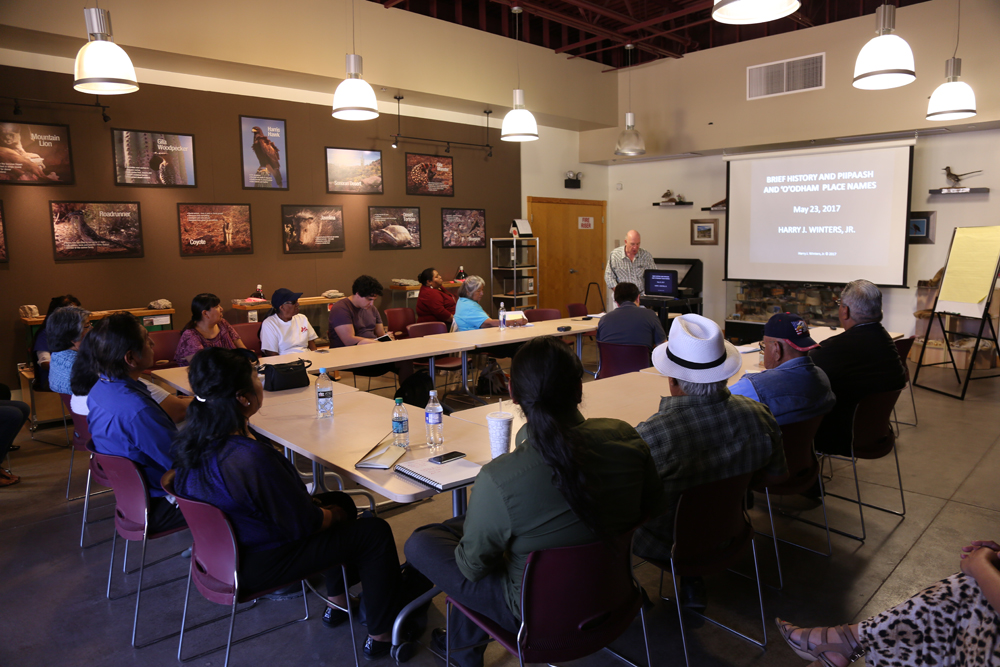 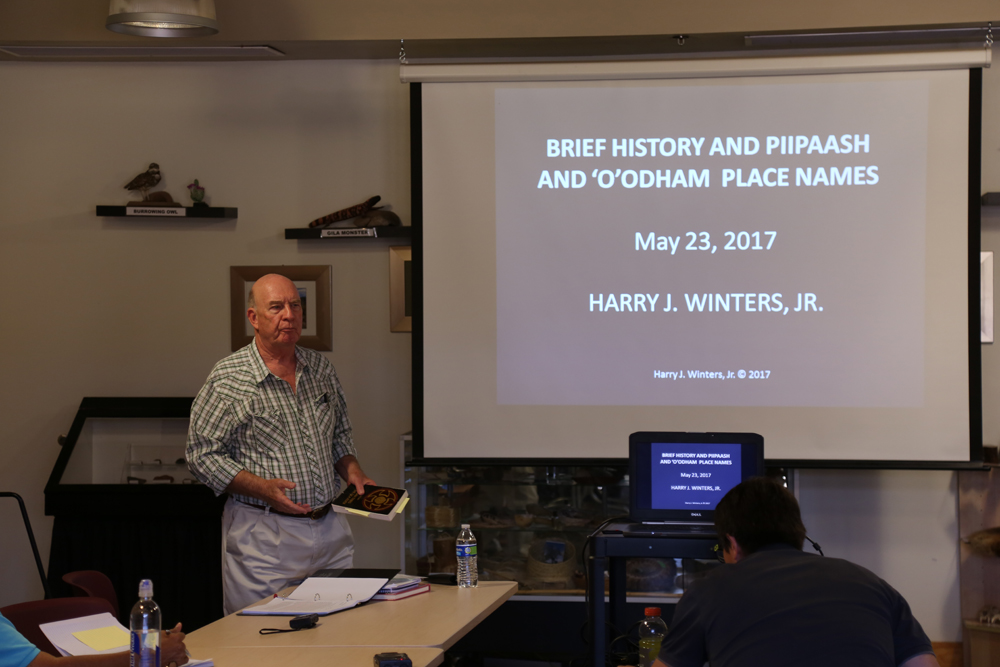 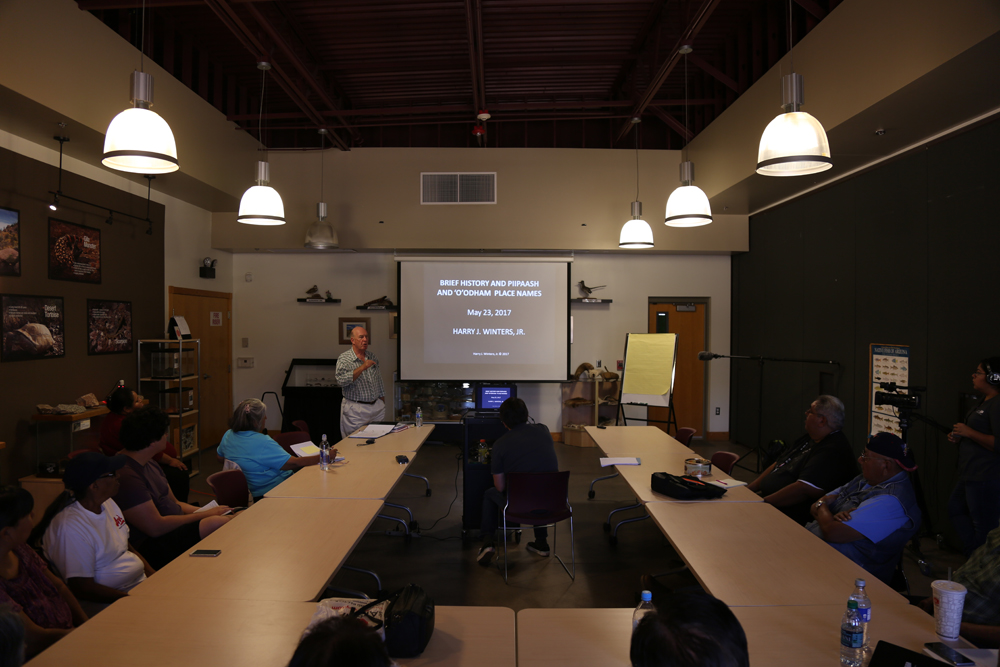 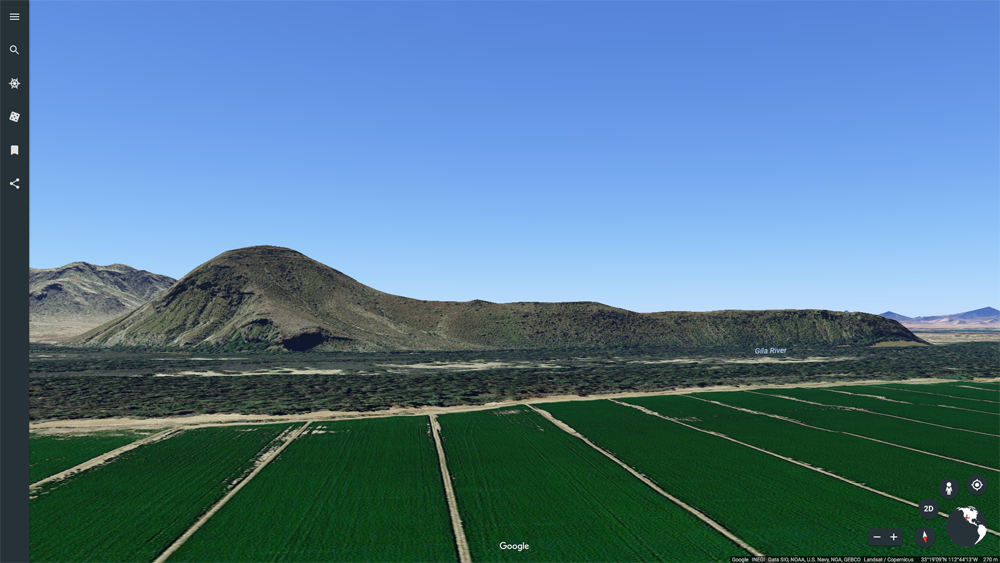 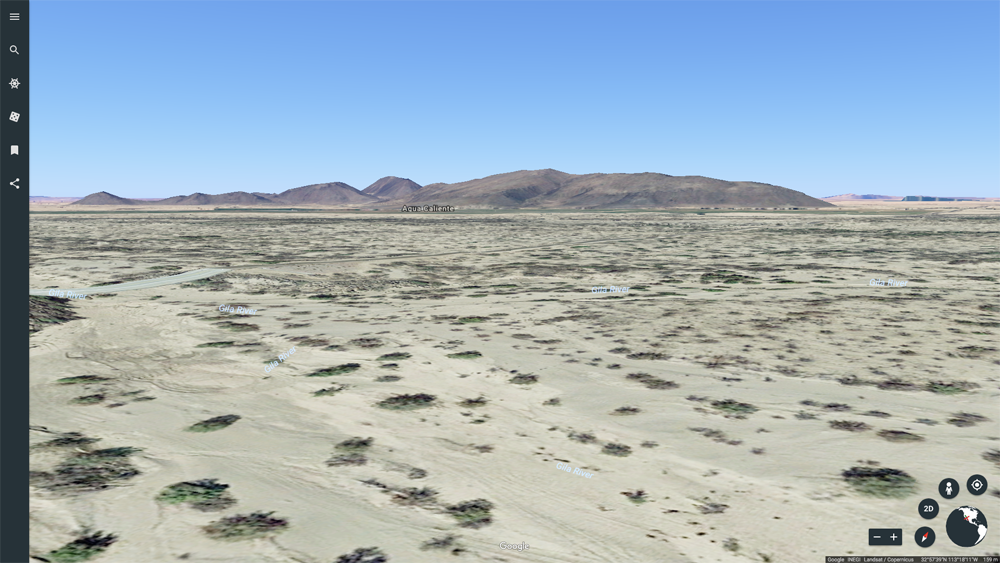