A new gas station is being built between Sacaton and Florence.

The Blackwater Convenience Store is under construction at the southwest corner of State Route 87 and Signal Peak Road. The 4,200 square-foot store is slated to open in July of 2017 and will feature 12 gas pumps available 24/7.

The store will feature a smoke shop and is expected to be open daily from 5 a.m. to 10 p.m. The store will carry the Shell brand name and a job fair will be held in May to fill employment positions.

Originally, the Community wanted to replace the old Blackwater Trading Post and Museum right where it was in place.

“But we found out that whole area is a flood plain,” said Tom Bechtel, an assistant general manager of development at the Wild Horse Pass Development Authority. “And after they did the surveys and the ground flows for the water, they decided this was a much better location.” The site of the future Blackwater Convenience Store is just over one mile from the old Blackwater Trading Post and Museum.

Because of its rural placement, the only utilities readily available in the area are electrical and telecommunications. Developers spent months drilling to find water.

“That was a huge effort,” said Bechtel. “That’s a thousand-foot well. It was a really difficult dig, but eventually they hit water.” He said the underground reservoir is an abundant water source, and “if the Community decides to build-out later, maybe add some retail pads or even something across the street, we’ve got enough water supply to handle that.” The well will feed a 28,000-gallon tank, which will provide running water and serve as an emergency fire suppression source.

Recent project milestones include the foundation being laid and underground utilities being installed. The first course of blocks has established the perimeter and walls will be going up soon.

Bechtel said the area sees plenty of traffic from the nearby towns of Florence, Coolidge, Eloy and Casa Grande, and will serve as an amenity to its GRIC neighbors. 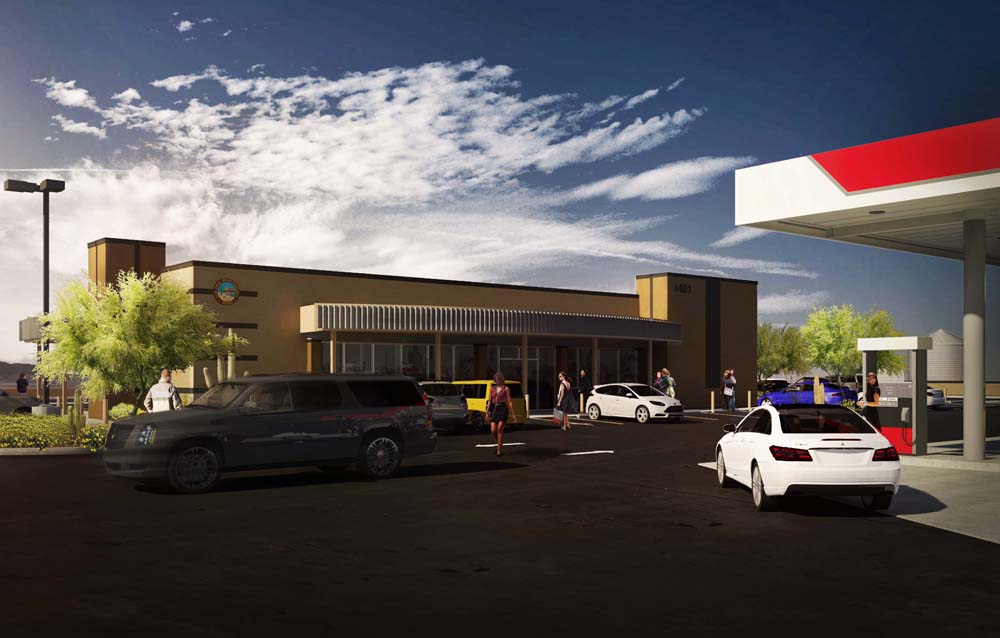