The Gila River Indian Community Tribal Education Department (TED) wants Community students to know that time is running out to hand in applications for the Chief Azul Scholar Awards Program and the Citizenship Award, which are both due March 31.

Each award requires different attributes for applying students, with the Chief Azul Scholar Award focusing on academic achievement and the Citizenship Award looking for students who perform well in school and possess a good character.

The Chief Azul Scholar Award is to recognize the academic achievements of students from the fourth through twelfth grades, and undergraduate students, in order to motivate the Community’s youth to pursue higher education.

Anthony Gray, TED Cultural Coordinator, said the Chief Azul Scholar Award is given to Community students who personify Chief Azul’s leadership and educational ability. He said that Azul led the tribe during a turbulent time, through Mexican jurisdiction, the Gadsden Purchase, and keeping the Gila River Indian Community from being relocated to Oklahoma.

While the Chief Azul Scholar Award is based off of academic success, the Citizenship Award is more focused on a student’s behavior and participation in extracurricular activities and school life.

“It doesn’t necessarily have to be a high achieving straight A student,” said TED Assistant Director Fredrick Poitra. “It could be somebody who maybe had a rough time, but persevered and came out and was successful at some point. That definition of success for the Citizenship Award is different for each student and their story,” he said.

The 15 winners of the Citizenship Award will receive an all-expenses paid one-week trip to Washington D.C., where chaperones will take them to some of the most famous monuments in the United States.

TED Director Isaac Salcido, said some of the popular locations the sutdents will visit on their trip include Capitol Hill, the Smithsonian, and the American Indian History museum.

“I think this is an opportunity for those students who do participate, who do engage in the school experience, who do understand the idea of helping each other,” said Salcido. “I think it is a really opportunity to play up those role models that we have amongst our kids in the Community.”

Salcido added that because competition is high, it is important for students who have accomplished extraordinary goals to make that they put that information on their application form.

For more information about either the Chief Azul Scholar Award or the Citizenship Award, pick up application forms at your local district service center or call the Tribal Education Department at (520) 562-3662 and ask to speak to Kenyen Thompson or email Kenyen.thompson@gric.nsn.us 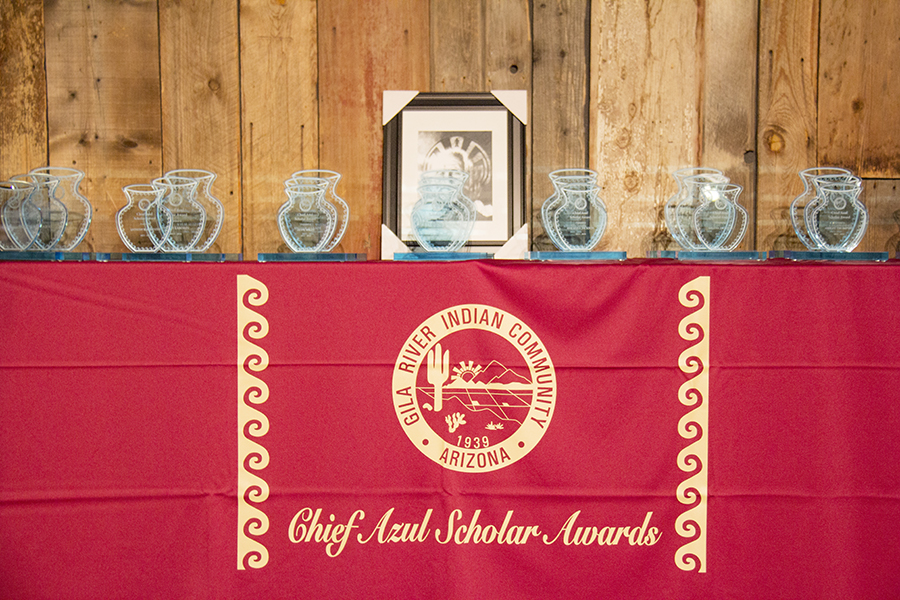